A woman who had suffered from unexplained symptoms for years reveals how she was finally diagnosed with a rare heart condition after going into cardiac arrest.

Amy Milns, 28, from , had gone to the doctor on a number of occasions with complaints of dizziness – but was sent away after tests on the brain came back clean.

It was only when her heart stopped beating that she was finally diagnosed with Long Q T syndrome, a rare inherited heart condition that causes abnormal heart rhythms.

Incredibly, at the time she went into arrest her sister Sarah, from Cornwall, was staying and was able to keep her alive until paramedics arrived by using CPR skills she had learnt just days before.

In what Amy describes as another amazing coincidence, there was also a paramedic nearby, meaning she was able to receive the urgent care she needed. 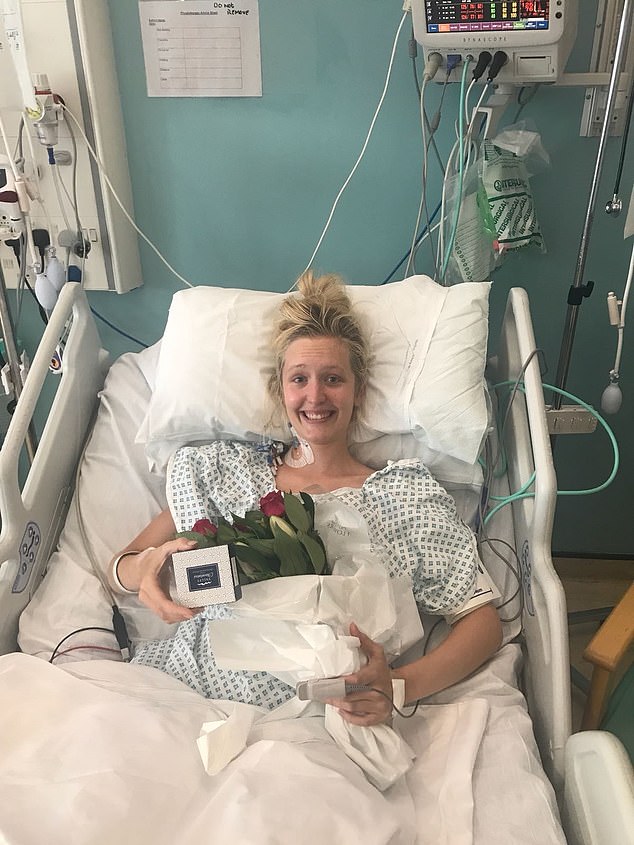 The night before the ordeal, Amy Milns (pictured in hospital) said that she felt in good health and she was having a quiet night in with her boyfriend Luke, sister Sarah and her sisters boyfriend – who were visiting from Cornwall 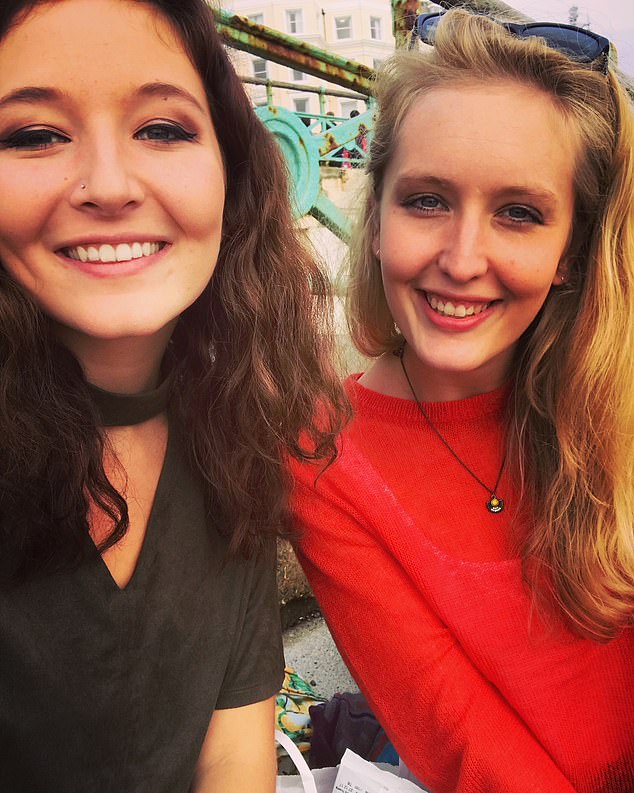 Amy recalled how she was in good health when she went to bed, but went into cardiac arrest early on the morning of 6 July last year.

She started writhing in bed, waking her boyfriend Luke, who was lying beside her.

Before phoning 999 Luke rushed to alert Amy’s sister, Sarah, who was staying with her boyfriend.

‘Unbeknown to me she [Sarah] jumped in and started chest compressions and shortly after a paramedic walked through the door,’ Amy continued. ‘I still can’t believe all those coincidences saved my life.’

Amy was taken to hospital where she was placed in an induced coma and later diagnosed with Long Q T syndrome, a rare inherited heart condition that causes abnormal heart rhythms.

If left untreated Long Q T syndrome can lead to cardiac arrests – so she was at a greater risk of having another one.

To everyone’s relief Sarah came round the next day – but she had bad short term memory loss. ‘I was constantly asking where I was and what had happened to me,’ she revealed. 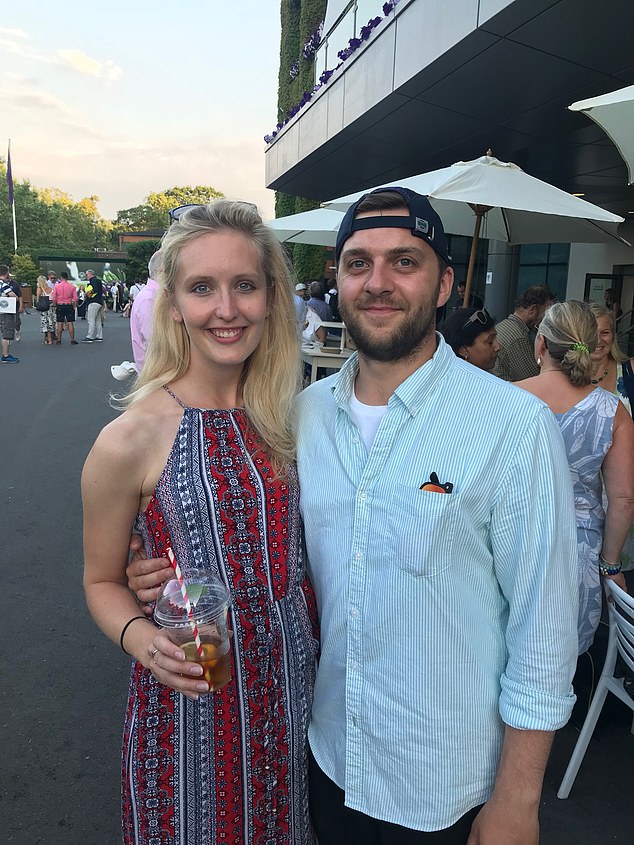 What is Long QT syndrome?

Long QT syndrome is an inherited heart rhythm problem where the heart muscle takes longer than normal to recharge between beats. In some people, this can cause fainting or fits (seizures).

Long QT syndrome is uncommon, affecting about 1 in every 2,000 people.

Symptoms can cause blackouts or fainting, because the heart has stopped pumping blood properly and the brain is temporarily starved of oxygen – the heart’s rhythm returns to normal within a minute or two and the person regains consciousness seizures, which sometimes happen instead of a blackout when the brain is starved of oxygen heart palpitations, when the heart is beating in a fast or unpredictable way

These symptoms can start unexpectedly and may be triggered by: stress, a sudden noise – such as an alarm, strenuous exercise – particularly swimming, or a slow heart rate during sleep.

She was in intensive care and then went to an acute medical ward, and then to a general ward. It was in the general ward that she started remembering again.

‘The biggest relief for me was that very quickly we talked about my heart and symptoms of abnormal heart rhythms (arrhythmias).

‘For the past five years before I’d had dizzy spells. They would come from nowhere. I never really knew what they were. It would catch me off guard. I would feel very drunk. I went to the doctor about it. They never did anything on my heart. Only tested my brain.

‘It was in hospital that I was told that arrhythmias can cause these symptoms. And that people could have palpitations. Hearing all of that was a massive relief. I thought I’d been making it up.’

Sarah was given an S-ICD, which acts as a personal defibrillator under the skin.

The S-ICD continuously monitors the heart rhythm, 24 hours a day. It’s always on call. If the S-ICD detects a heart arrhythmia (abnormal rhythm) problem, it sends out an electrical shock to correct it.

Sarah continued: ‘It took a while to recover and get use to my defib, but I had no idea how long it would take to recover from a mental point of view – I’ve experiences so many different emotions…

‘But the feeling that I have the most is how incredibly lucky I am to be here and be alive to tell the tale – I want more people to know about heart conditions like mine, my whole life I had no idea that I had this condition.’

She added: ‘Now that I’ve recovered I want to join them in raising as much money as possible to give back to the BHF and help to save other people’s lives.’ 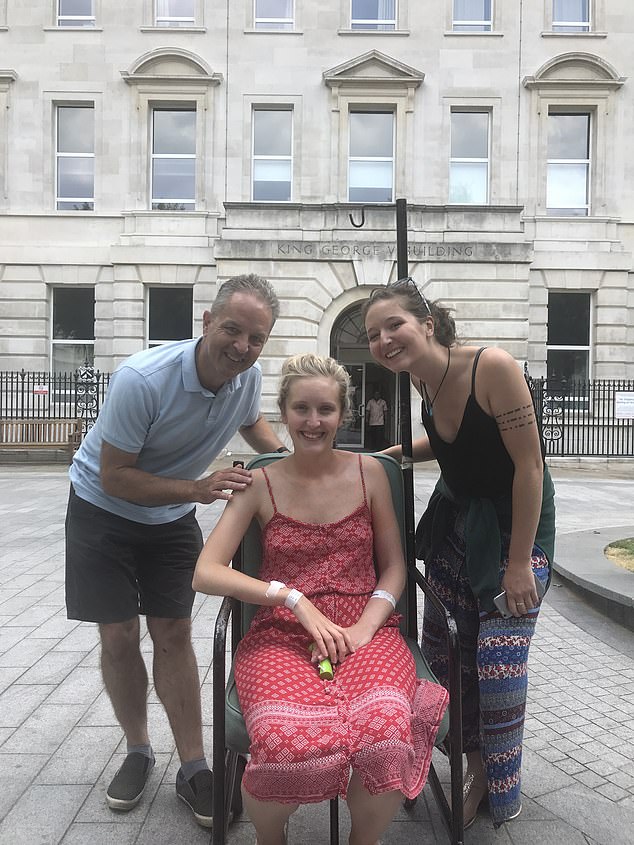 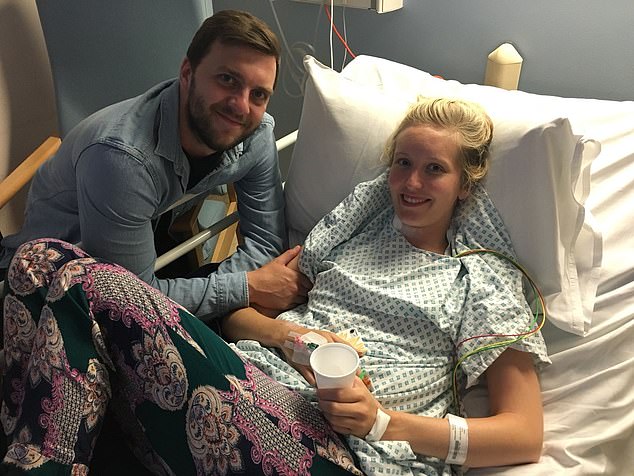 She was in intensive care and then went to an acute medical ward, and then to a general ward. It was in the general ward that she started remembering again. Pictured – Amy with Luke in hospital 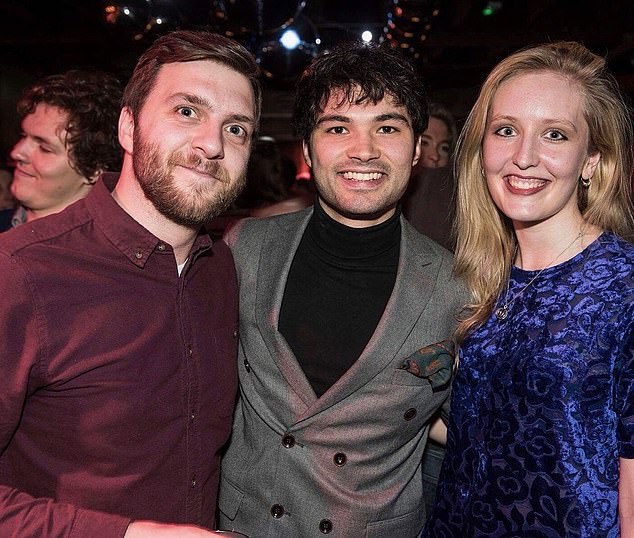