Sir Elton John has attacked over his claim  has ‘no problem’ with LGBT people prompting the president to respond by saying the singer is ‘mistaken.’

Putin also took time to praise the British singer as a ‘genius musician’ after also saying that his country is ‘relaxed and unprejudiced’ towards LGBT rights.

The singer said he was ‘deeply upset’ by an interview the Russian president gave to the Financial Times in which he said liberalism had ‘outlived its purpose’.

Sir Elton accused Mr Putin of ‘duplicity’ because distributors of the recent Rocketman film ‘heavily’ censored it in Russia to remove references to his husband David Furnish and their family. 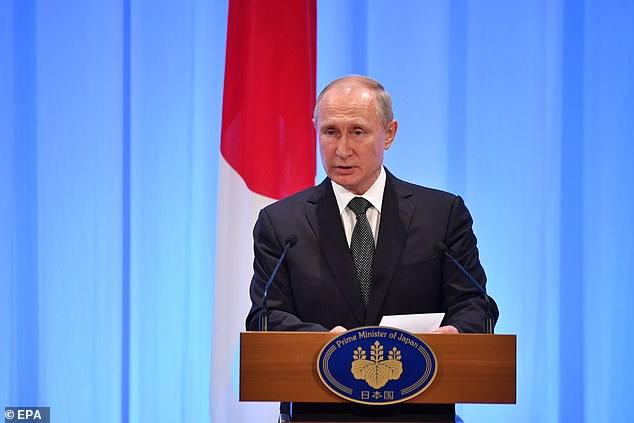 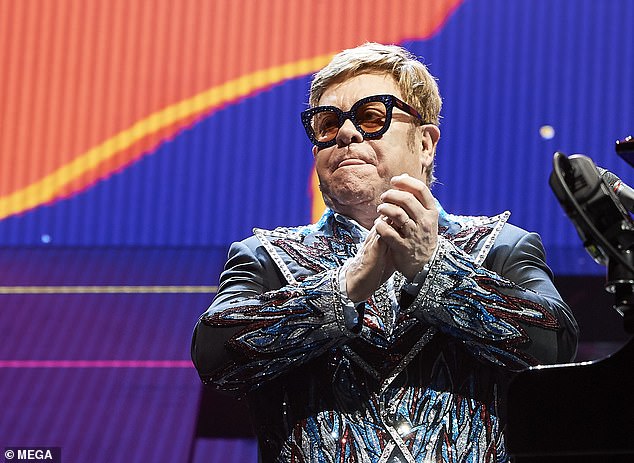 ‘I have a lot of respect for him, he is a genius musician, we all enjoy his music, but I think he is mistaken,’ Putin said when asked about Elton John’s comments in Osaka where he was attending a G20 summit.

Putin said Russian authorities had a ‘relaxed and unprejudiced’ attitude towards LGBT people, but decisions about gender identity could only be made by adults and therefore minors need to be ‘left alone’.

Putin also said that while he did not deny the attractiveness of liberal values in general, he was referring to situations where they impinged on traditional lifestyles. 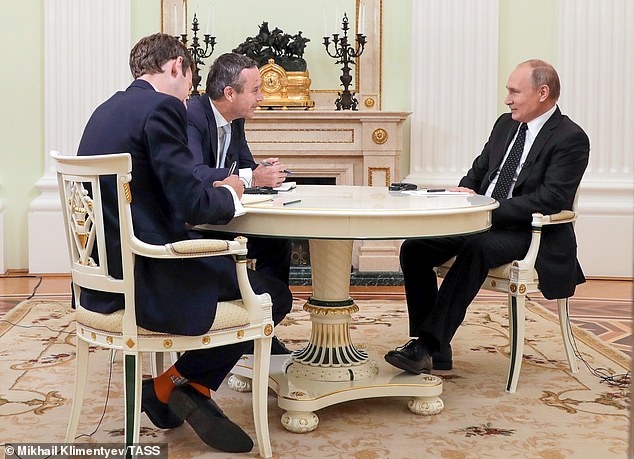 Mr Putin had told the FT: ‘I am not trying to insult anyone because we have been condemned for our alleged homophobia. But we have no problem with LGBT persons. God forbid, let them live as they wish’ 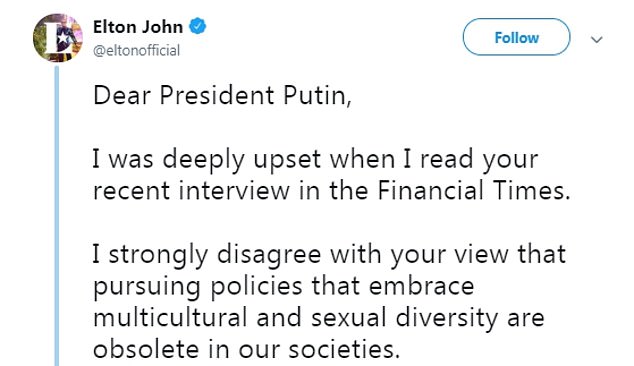 In an series of Twitter posts, the British superstar said he was ‘deeply upset’ by the President’s claims he Russia had ‘no problem’ with LGBT people in the country

‘I was deeply upset when I read your recent interview in the Financial Times.

‘I strongly disagree with your view that pursuing policies that embrace multicultural and sexual diversity are obsolete in our societies.

‘I find duplicity in your comment that you want LGBT people to ‘be happy’ and that ‘we have no problem in that’.

‘Yet Russian distributors chose to heavily censor my film ‘Rocketman’ by removing all references to my finding true happiness through my 25 year relationship with David and the raising of my two beautiful sons.

‘I am proud to live in a part of the world where our governments have evolved to recognise the universal human right to love whoever we want. 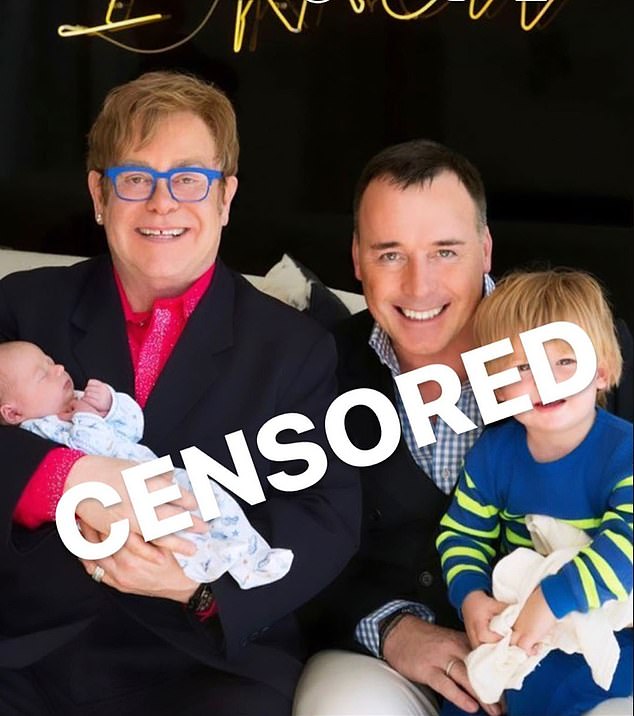 ‘And I’m truly grateful for the advancement in government policies that have allowed and legally supported my marriage to David. This has brought us both tremendous comfort and happiness.’

Sir Elton also included a photograph of his family with the prominent caption ‘censored’ written across it.

Mr Putin had told the FT: ‘I am not trying to insult anyone because we have been condemned for our alleged homophobia. But we have no problem with LGBT persons. God forbid, let them live as they wish.

‘But some things do appear excessive to us. They claim now that children can play five or six gender roles.

‘Let everyone be happy, we have no problem with that.

‘But this must not be allowed to overshadow the culture, traditions and traditional family values of millions of people making up the core population.’

Commuters working in London can now see where the best and worst locations to live are
Blaze breaks out at Tesla garage as 'small explosions' are heard
Brexit – what happens next? After May and EU leader agree extension, what are the key dates?
Biologist, ex-teacher and retired CEO among Parliament climate change protesters
French police fire tear gas on 26th weekend of Yellow Vest protests
Steph & Dom solve your sex, love & life troubles: My husband has become obsessed with his lo...
Privately-owned cars should be BANNED from London by 2030, says pro-Corbyn think tank
Soho Farmhouse 'sacks up to 30 staff via phone and WhatsApp video' in the last two weeks