Multi-millionaire property tycoon Warren Todd has left his Bond girl wife Sue Vanner for a younger woman he met in the gym.

Bentley-driving Mr Todd, 52, is understood to have found new love with a much younger woman, known only as ‘Anya’, who is pregnant with his child.

Mr Todd, owner of a huge chunk of London’s fashionable Notting Hill, has moved out of the £10million Georgian mansion he shared with Ms Vanner near the Beckhams’ home in Holland Park. 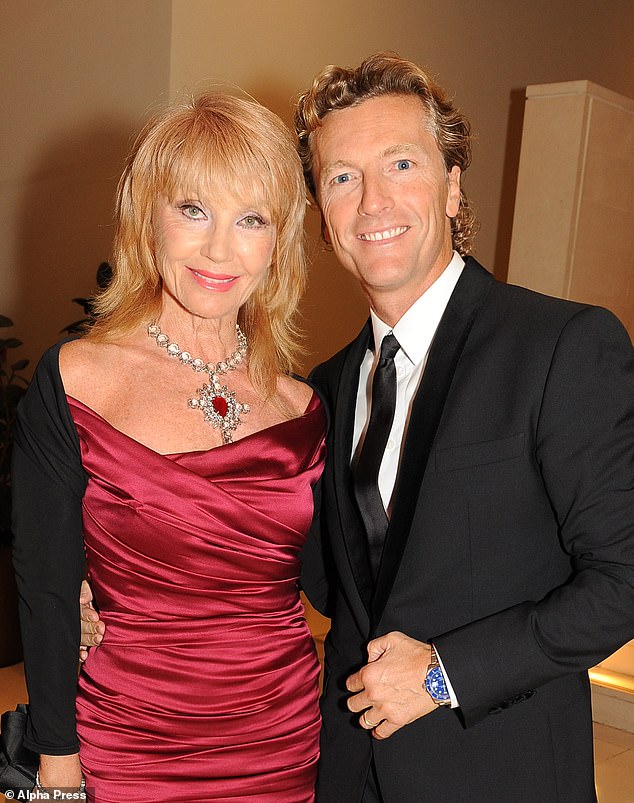 The property tycoon has now left his wife, Sue Vanner, (pictured) who made a generation of teenage hearts flutter when she was filmed with Sir Roger Moore in The Spy Who Loved Me

He is now living in a smaller property around the corner with his new girlfriend, who thought to be Eastern European.

His lover, who is believed to be in her 30s, is a stylish dresser who has been regularly seen with Warren in trendy restaurants around the capital.

Wife of 32-years Sue Vanner, 68, made a generation of teenage hearts flutter when she was filmed lying naked under a pile of furs with Sir  in The Spy Who Loved Me.

Her future husband would have been an 11-year-old child at the time, leading to her being labelled a ‘cougar’. 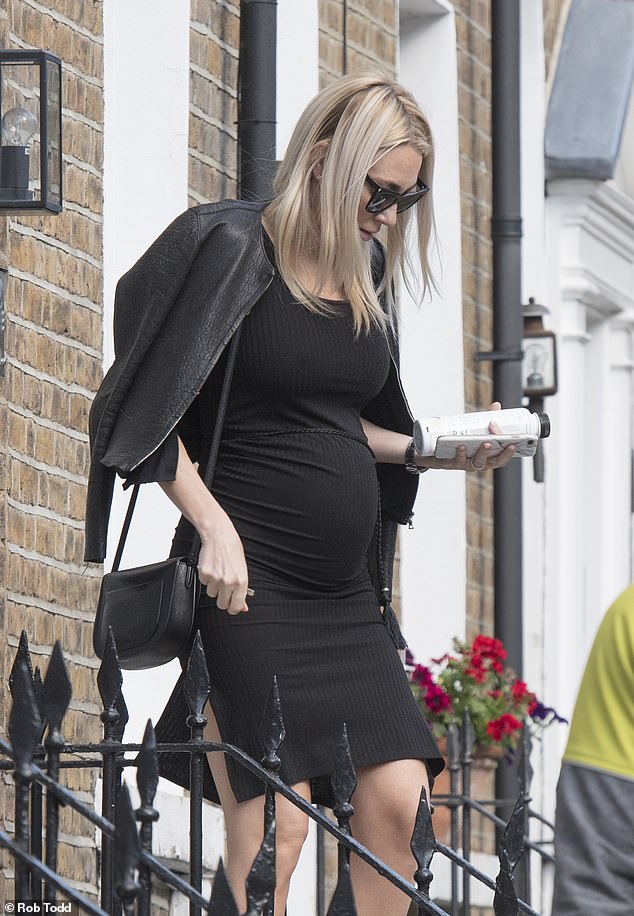 Property developer Warren Todd leaves his home in west London, heading off on holiday with his pregnant partner (pictured) 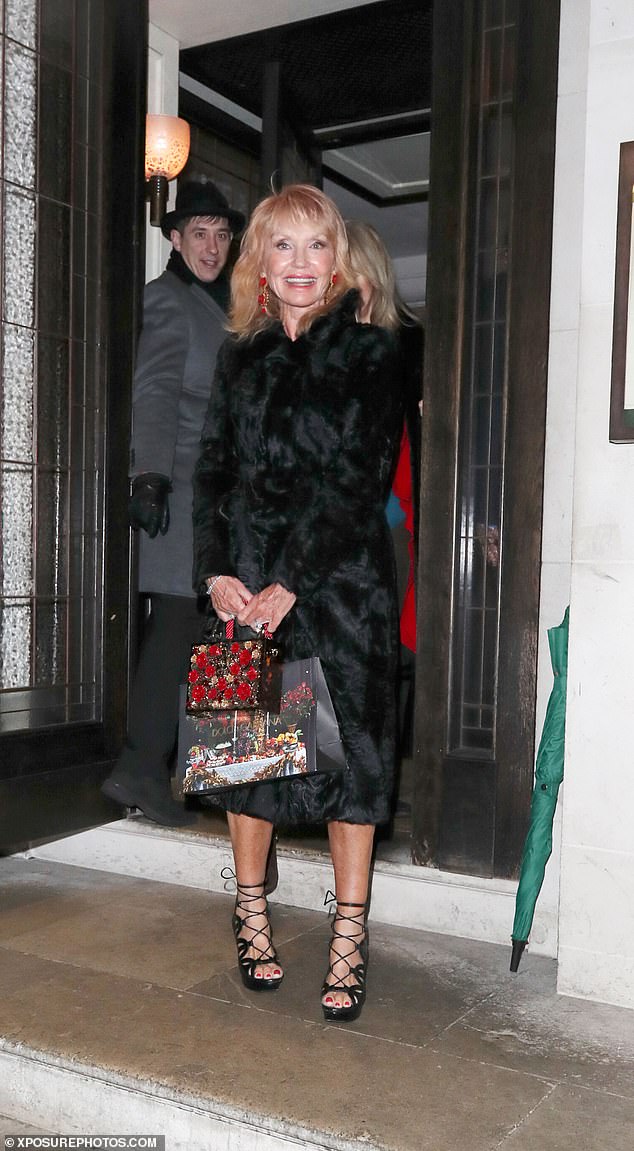 Former Bond girl Sue Vanner, wears a black fur coat as she dines with her husband at 34 restaurant in London 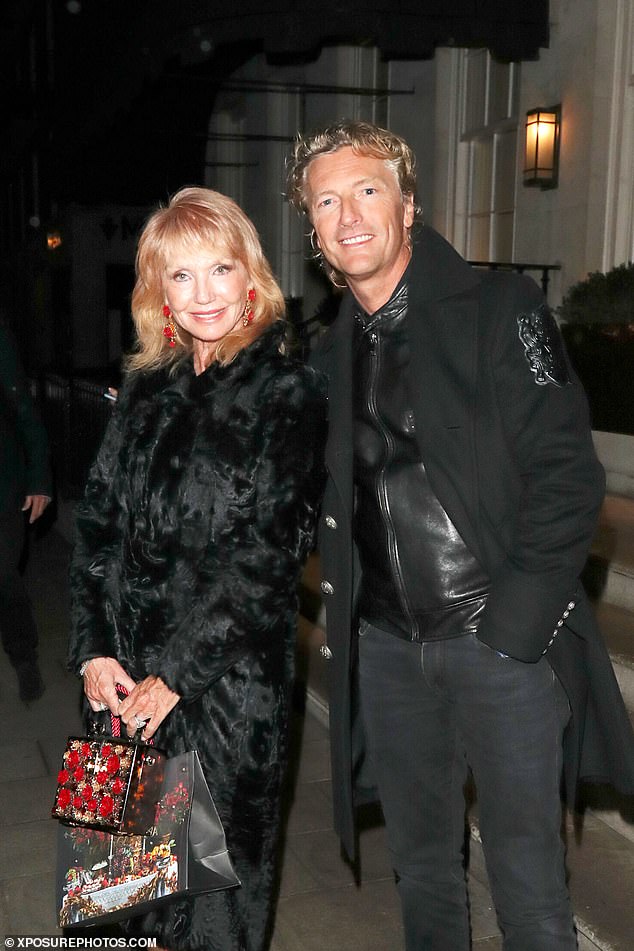 Warren Todd and his wife, former Bond girl Sue Vanner, at 34 restaurant in London. The couple dined with Ken Todd and Lisa Vanderpump, in 2017 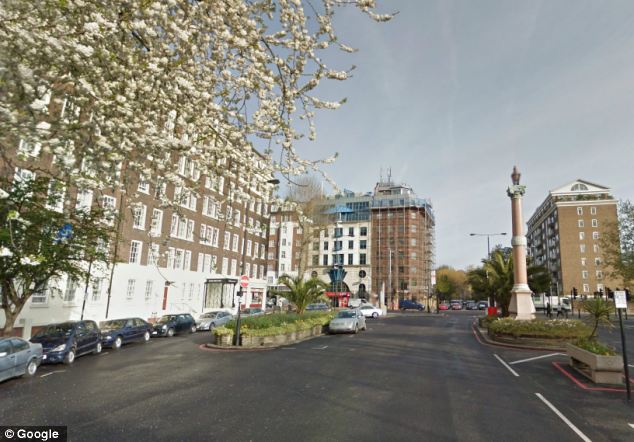 Exclusive neighbourhood: The £10million Georgian mansion he shared with Ms Vanner near the Beckhams’ home in Holland Park 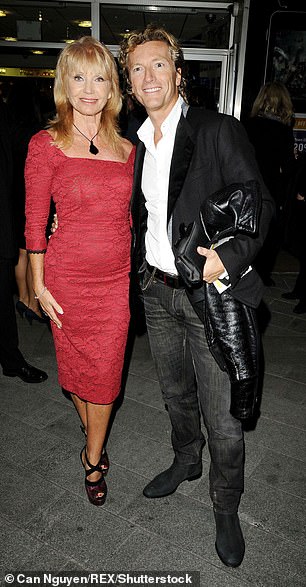 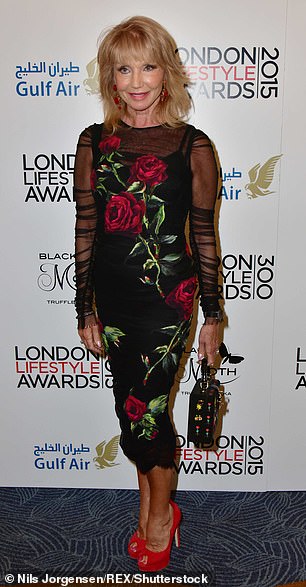 Sue Vanner with younger husband Warren Todd, in 2012 (left) and looking glamorous at the London Lifestyle Awards, London, in 2015 (right) 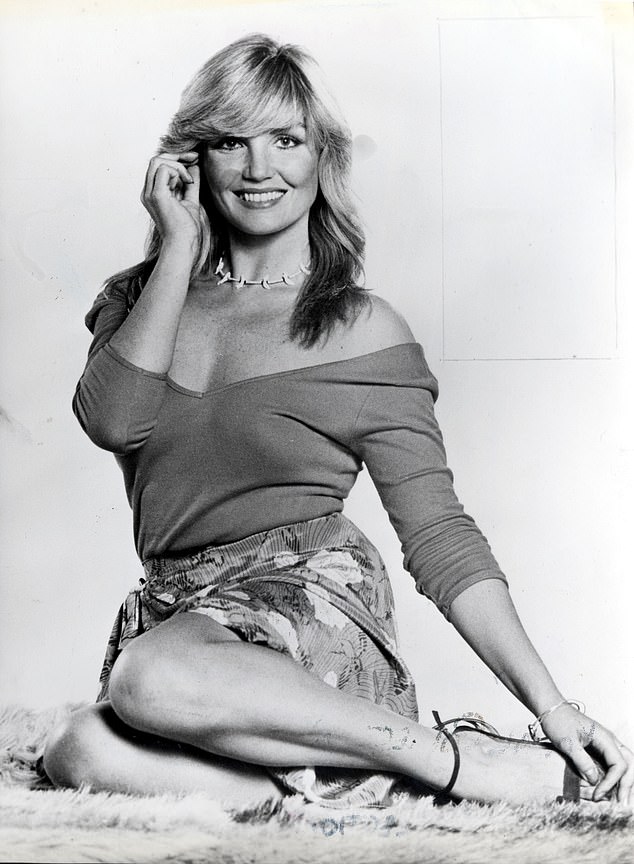 Sue Vanner, actress, pictured in 1980. Her most notable role was as a Bond girl opposite Roger Moore in the Spy who loved me

A close friend told The Daily Mail: ‘Sue is devastated, After 32 years of happy marriage, Warren’s made decisions, during a very serious mid-life crisis, which have broken up their family.’ 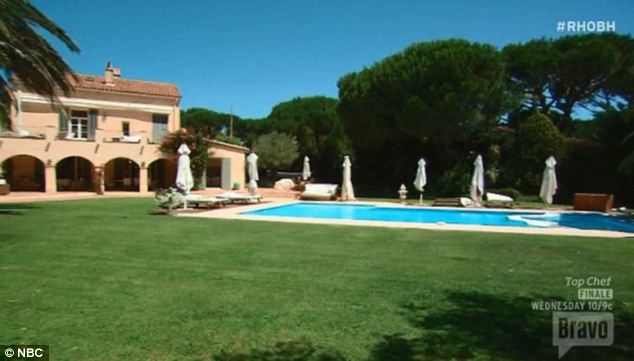 The couple’s home in St. Tropez, where Ms Vanner is currently recording a new album 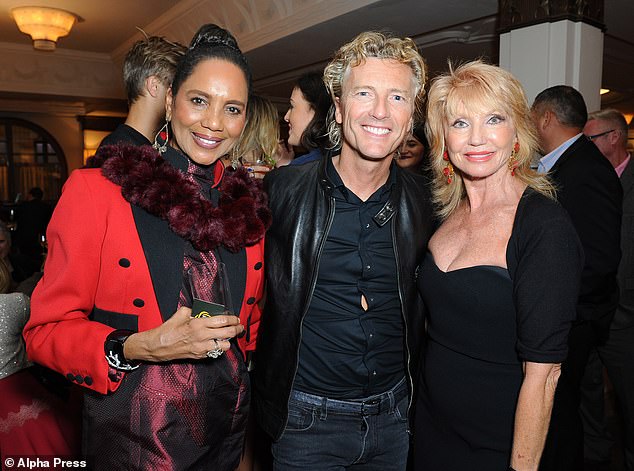 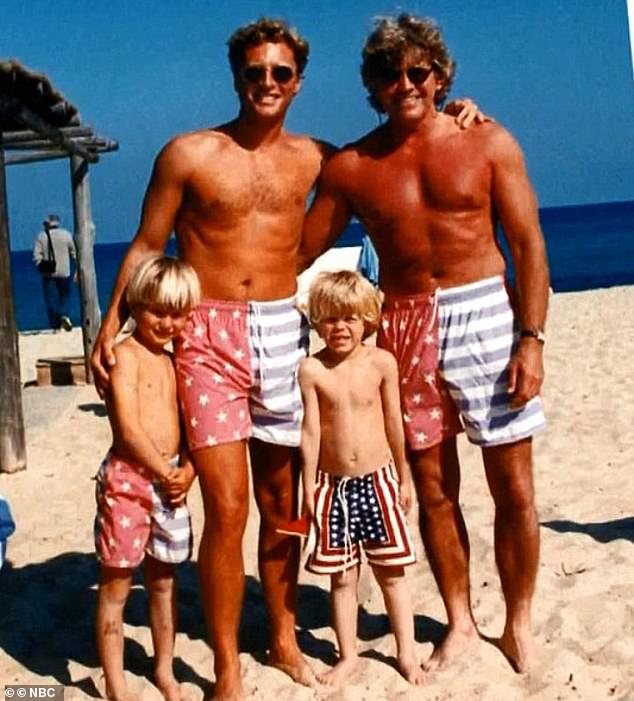 Warren Todd Warren Todd is pictured with his father, Ken Todd, and their sons – who look more like brothers 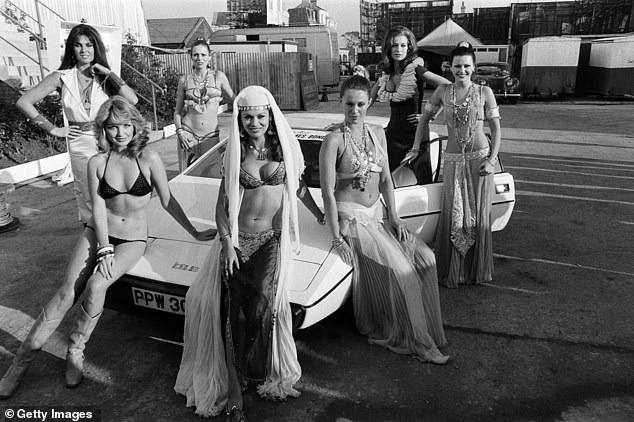 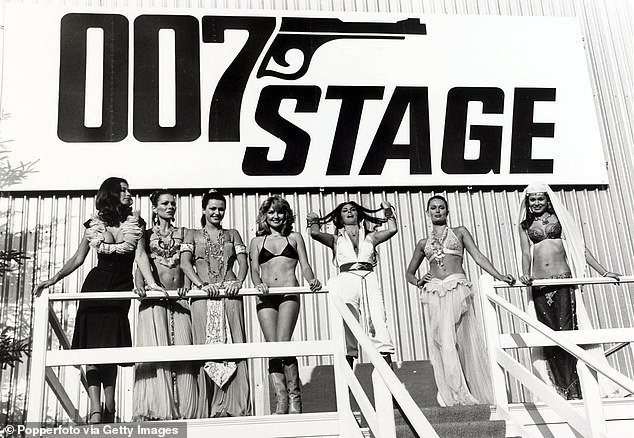 Glamour girls on the Pinewood Studios set of the new James Bond film ‘The Spy Who Loved Me’, Sue Vanner (3rd from left) 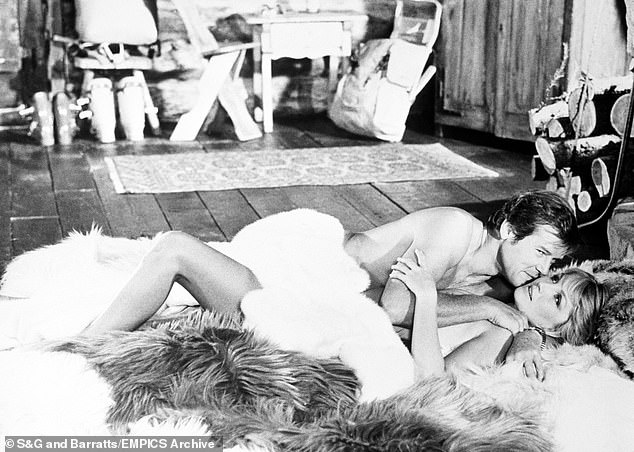 Actor Roger Moore, who plays James Bond, relaxes on a bed of fir with co-star Sue Vanner during filming

Mrs Vanderpump said: ‘When Warren first met Sue, the age difference, the secrecy that had transpired, was not something we supported.

‘But I learned a very valuable lesson — when our children make a choice, remember our opinions and influence are pretty much redundant.’

She added that, after a few years, ‘we would have to admit we were wrong’.

Mr Todd was said by Mrs Vanderpump to have had a ‘hard’ start in life, with his father Ken single-handedly raising him after a brief marriage at the age of 19.

Writing on her blog Mrs Vanderpump said: ‘Warren is very much his fathers son — ambitious, incredibly family oriented, and someone to be proud of.’

On her husband she added: ‘One of the many reasons that I fell in love with Ken was the kindness he exuded. 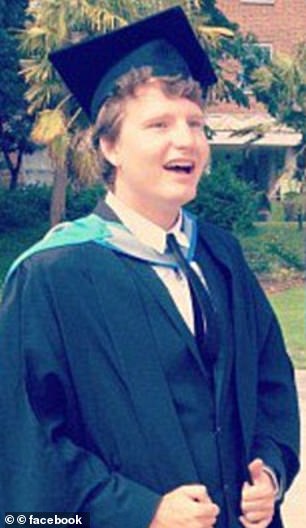 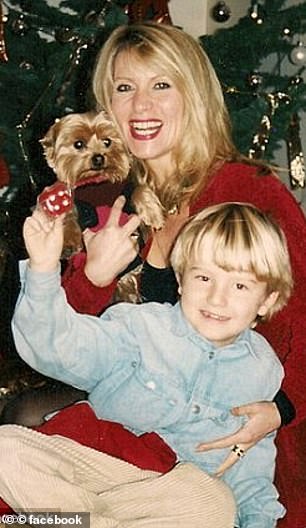 Adoring grandma: Pamela Todd is grandmother to son Warren’s son Ryan, seen her graduating from university last year – and as a child 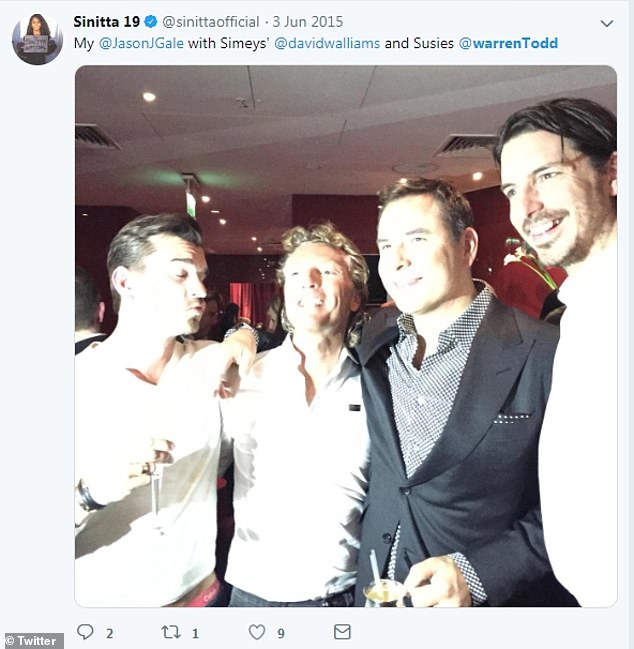 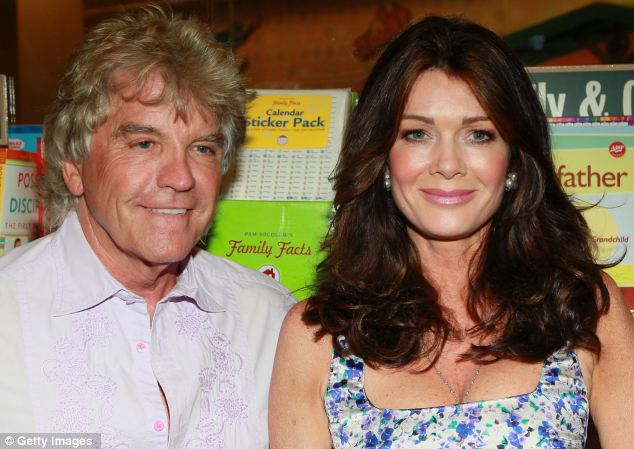 Family: Lisa and her husband Ken were initially unhappy about Warren’s marriage to an older woman

‘He [Ken] was married briefly for two years at 19, to a young wife who wasn’t prepared for the challenging job of being a mother.

‘So he then fought for custody of their only child. He worked many jobs laboring, night jobs, anything to provide for his son, and, with the help of his mother, he raised an educated, well-mannered young man.

‘Life was hard at the beginning. But with sheer tenacity and some sort of innovative business sense, he created a life for his family (including his parents) that otherwise they wouldn’t have had.’

Mr Todd certainly learnt from his father’s example in business, and with only five years in age between himself and his stepmother he soon followed his father’s lead there too – marrying Mrs Vanderpump’s friend Sue Vanner.

The pair met through their mutual connection but kept the romance secret from Mr Todd’s step mother and father.

She told cameras: ‘Warren who was very young at the time he met Sue who was my friend.’

Adding: ‘It was a rocky start. I was friends of Sue and I didn’t know that they were together. Being with my stepson was difficult.’

Mr Todd, who has been pictured partying with Hollywood star Liam Neeson, is 16 years younger than Sue, with whom he has an adult son, Ryan, 27.

Ms Vanner is currently recording a new album in the South of France, where she and Warren own an opulent St Tropez villa.

Warren Todd owns properties in London’s most upmarket areas, including Notting Hill and Holland Park, where some of the capital city’s most expensive homes are located.

According to records, Warren has 93 active directorships to his name. He has previously been a director in 29 dissolved companies and resigned ten other directorships.

The companies are mainly property investment businesses or landlord firms with combined net worth of around £168million.

But perhaps the most controversial of Todd’s myriad of companies is his Portobello Group Limited.

It sparked outrage in 2011 when it announced plans to modernise the world-famous antiques market on Portobello Road, including extending the opening hours of shops Todd owned and leased. 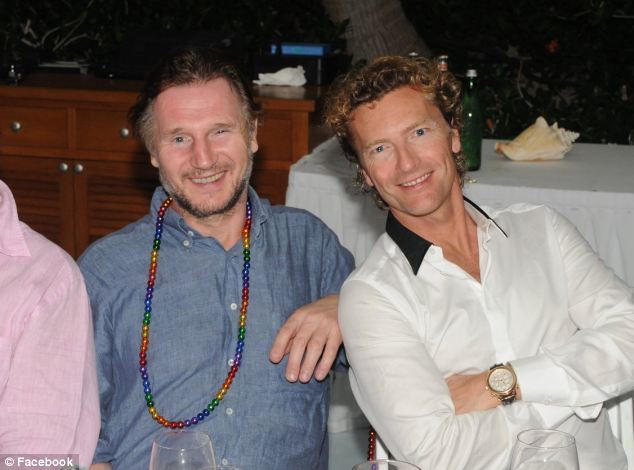 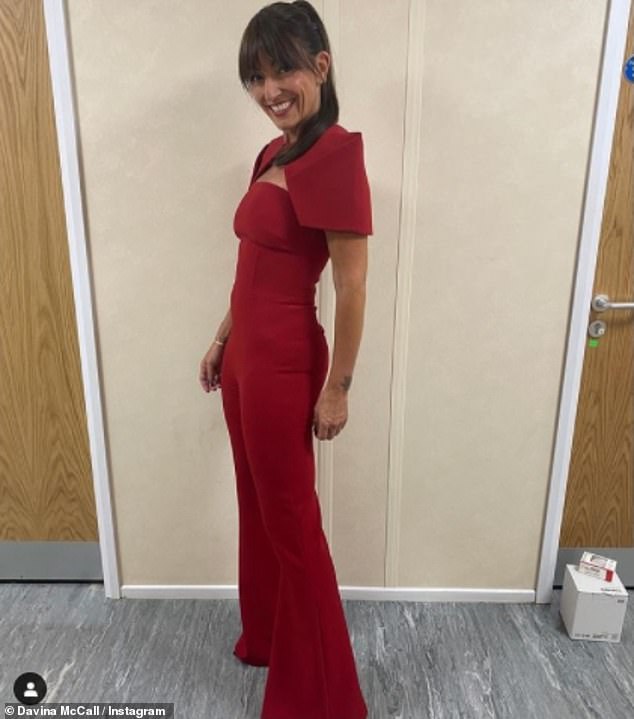 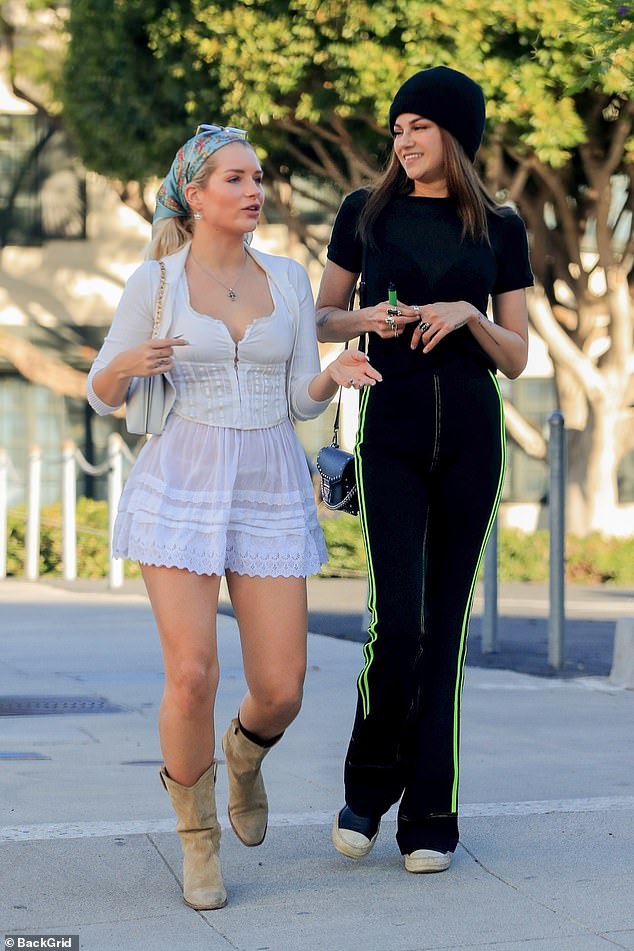 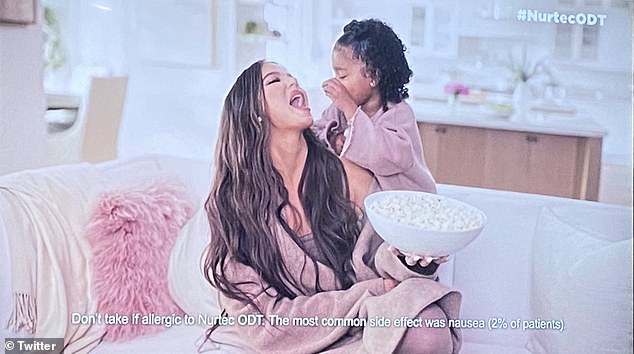 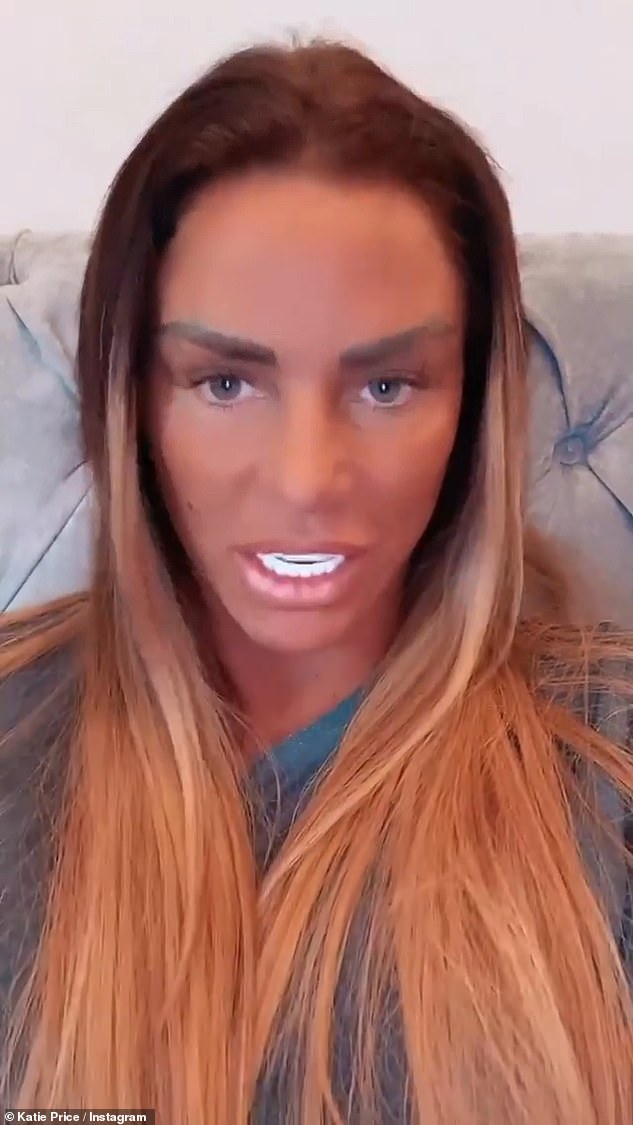 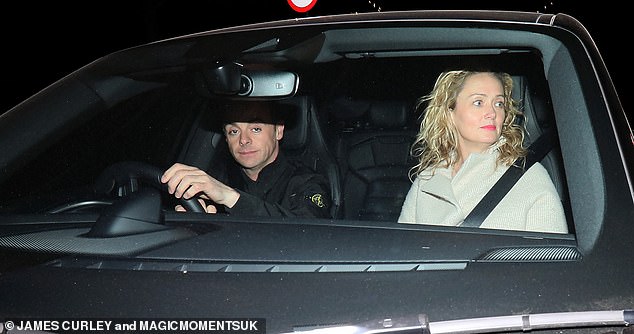 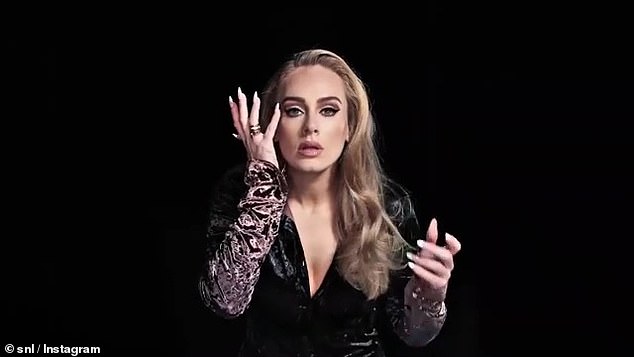 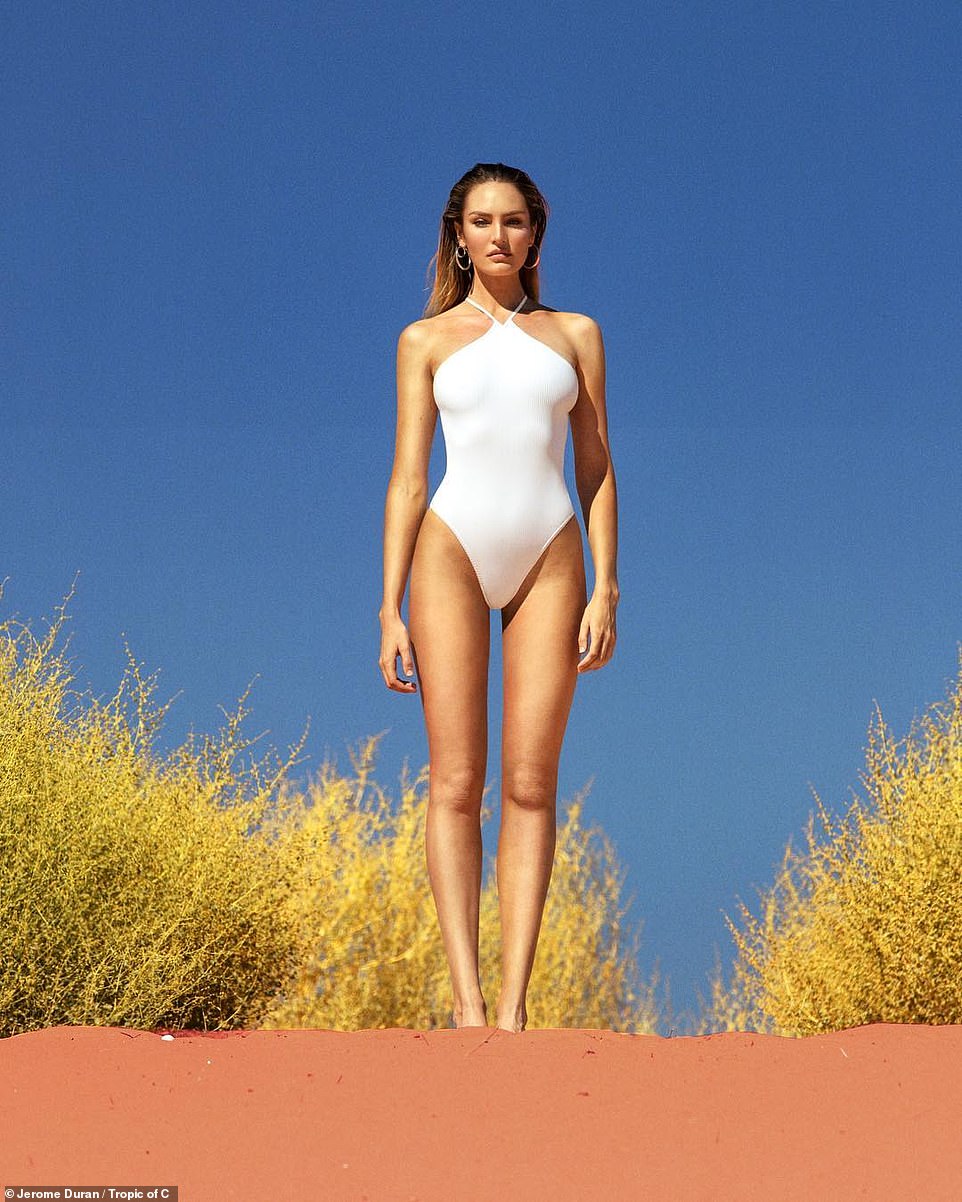 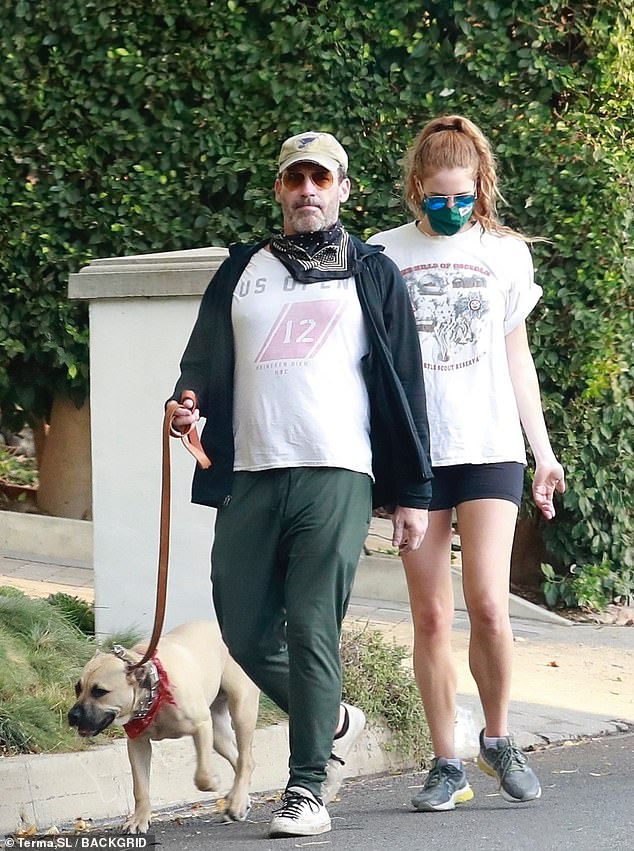