After spending the day focusing on , Brasil, and , President briefly turned his attention to the First Lady of Argentina at the G20 summit here in Japan.

Trump and other world leaders filed in front of Osaka castle for the second group photo of the day Friday. In the morning, Trump shook hands with Saudi Crown Prince Mohammed bin Salman and patted Russian President on the back.

Before an evening of cultural programming, Trump walked to the photo event with Japanese Prime Minister Shinzo Abe.

It didn’t take long for him to notice Juliana Awada, the auburn-haired wife of Argentine President Mauricio Macri, who was standing behind him and grinning for photographers while wearing a long black gown. 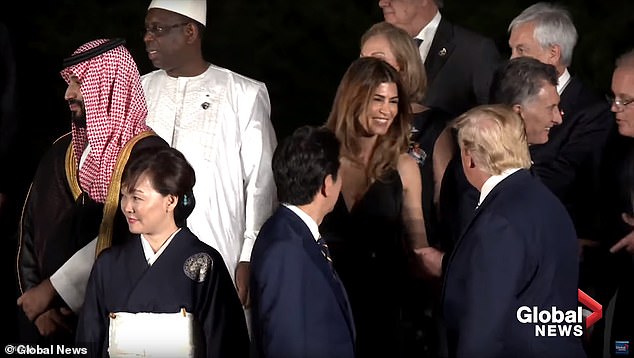 Trump caught up with world leaders as well as María Juliana Awada Baker, the wife of the Argentine president Mauricio Macri, during a ‘family photo’ event Friday evening

Trump turned behind repeatedly to make conversation during the photo event in between greetings with world leaders – at one point cupping his hand over his mouth to make a comment to the Argentine first lady. He also spoke to President Macri from time to time.

When it was over, he also helped extend a hand to guide Awada as she got down from a platform. The group then walked off to hear an event that included drumming, dancing, and a piano concert. 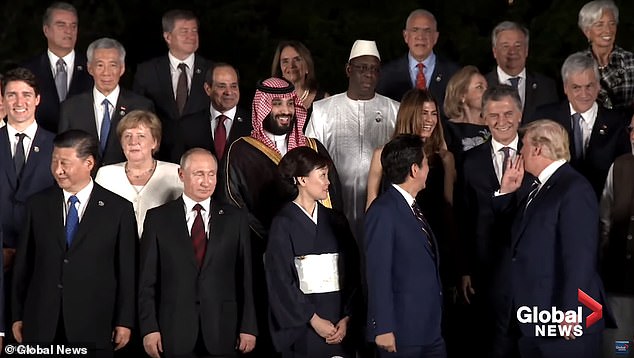 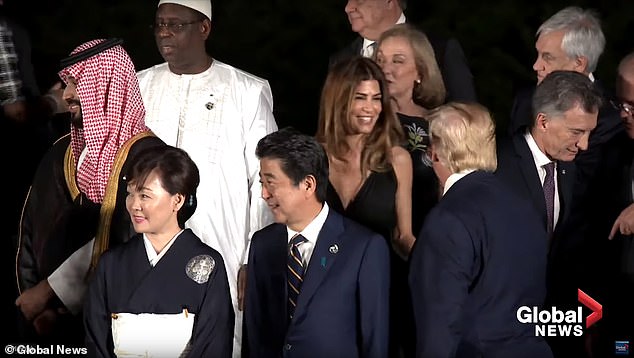 He turned around several times to engage in conversation 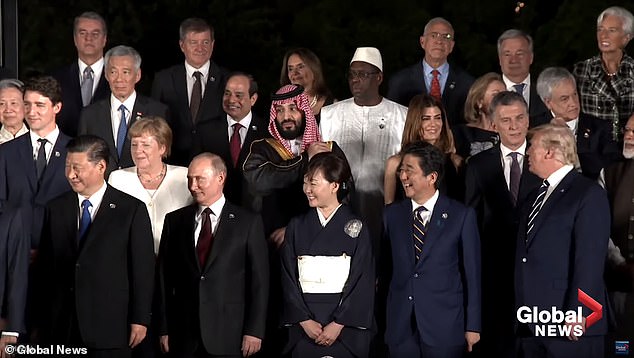 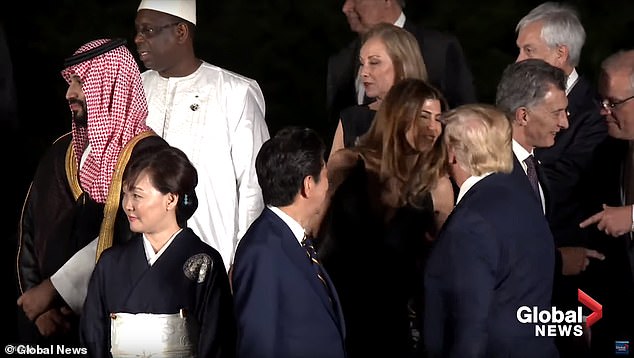 The two exchanged a greeting during the ‘family photo’ 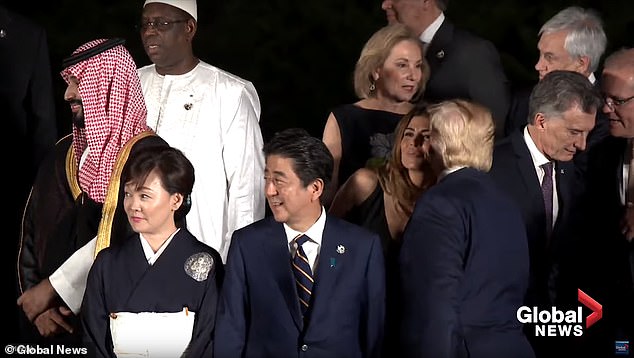 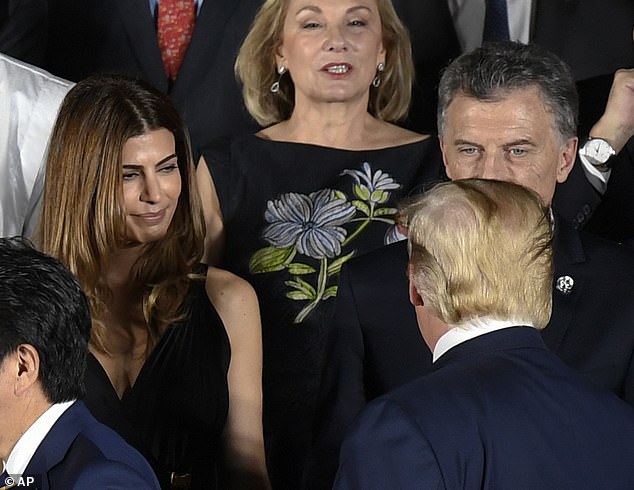 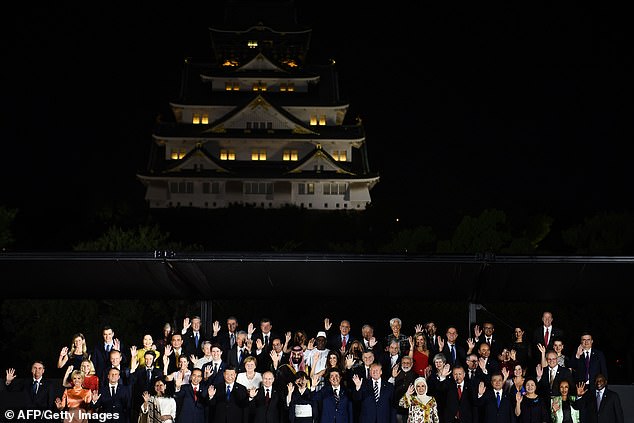 Leaders and their spouses pose for a photo before a dinner at the G20 Summit in Osaka on June 28, 2019, as the Osaka Castle is seen in the background 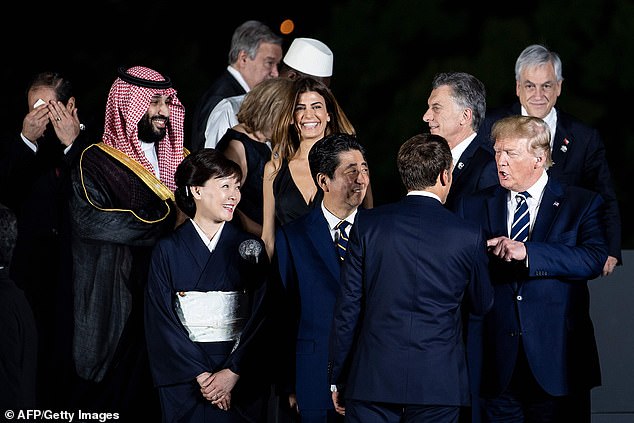 Awada was flanked by her husband and the crown prince of Saudi Arabia, and flashed a grin throughout the event 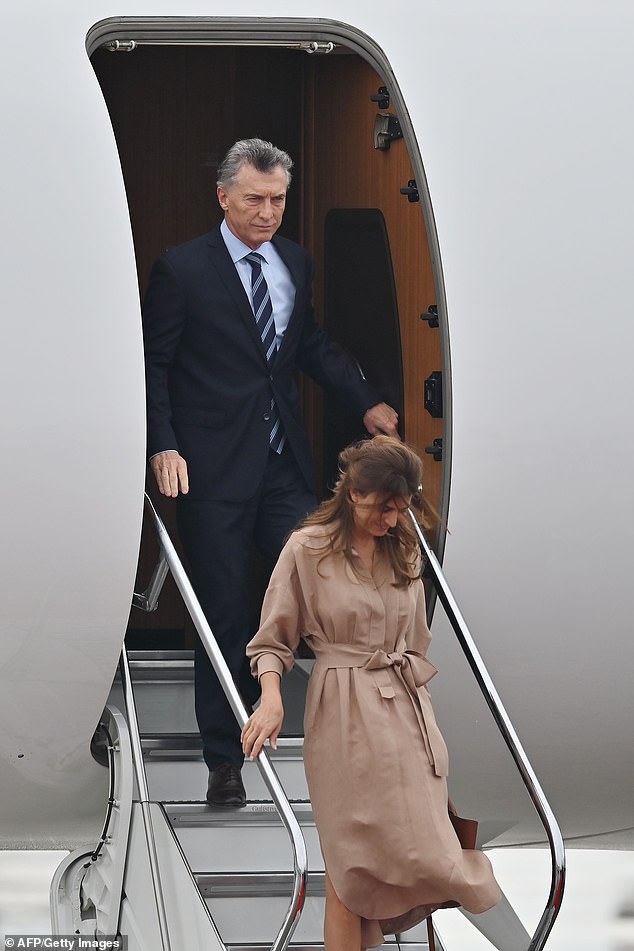 Argentine President Mauricio Macri and First Lady Juliana Awada disembark from a plane as they arrive at Kansai airport in Izumisano city, Osaka prefecture, on June 27, 2019 ahead of the start of the G20 Osaka Summit 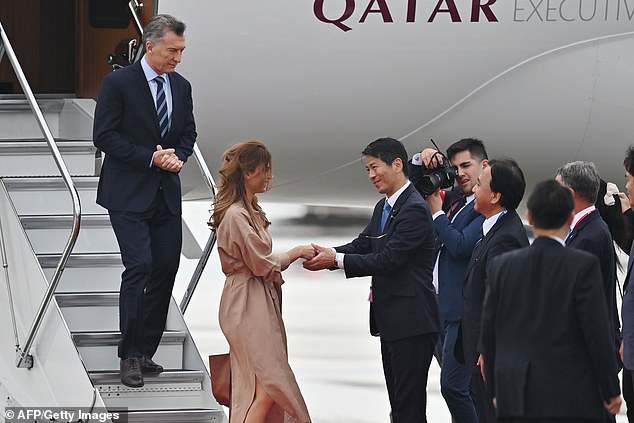 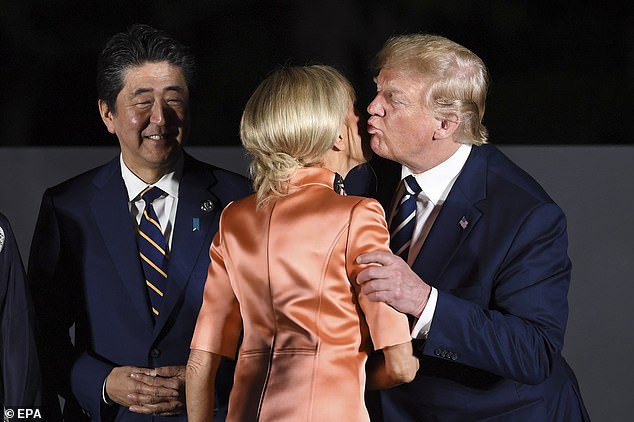 President Donald Trump (R) greets French First Lady Brigitte Macron (C), during the official family picture at a cultural event at the Osaka Geihinkan, during the G20 summit in Osaka 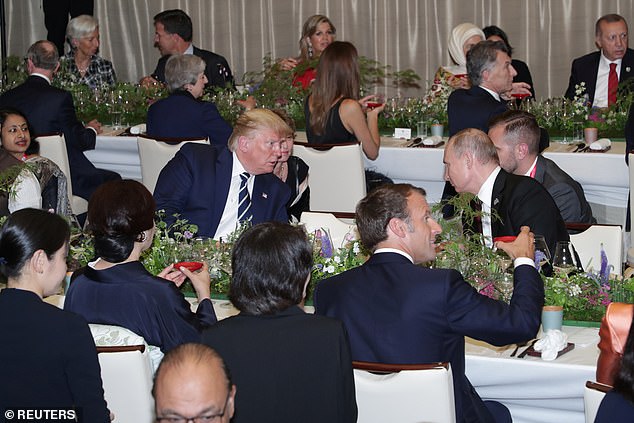 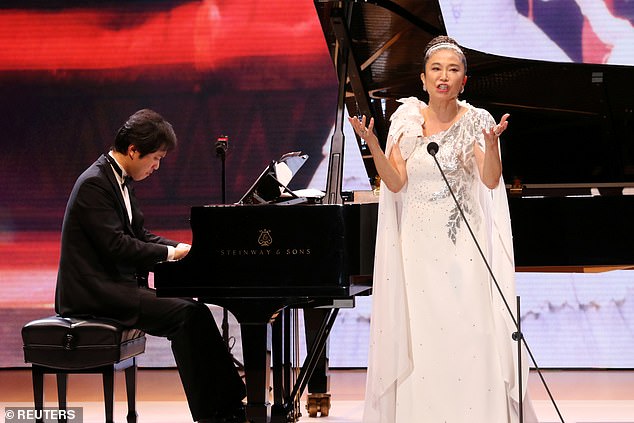 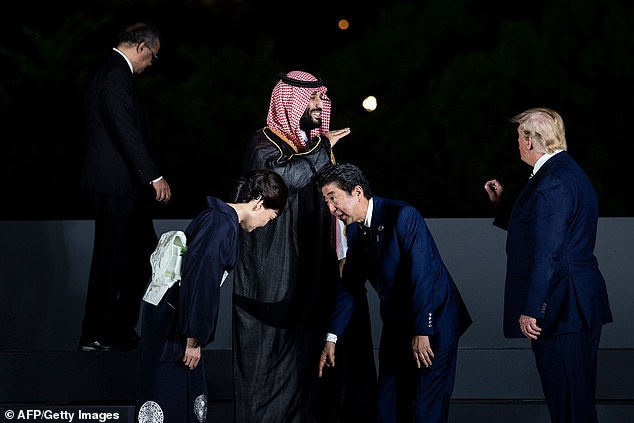 Trump noted he had done business with Macri’s father before becoming president.

‘I actually did business [with] his father’ Trump said at the time. ‘That was in my civilian days.’

Several world leaders brought spouses along with them for an evening of cultural programming at the towering 16th century castle.

First Lady Melania Trump did not join the president on the trip, although first daughter Ivanka Trump and husband Jared Kushner came along.

Trump and Melania hosted the couple at the White House in 2017.

The couple exchanged what looked to be warm greetings, and Trump put his hand on Awada’s back as he showed them into the White House.

Awada is a businesswoman of Lebanese and Syrian descent who studied English at Oxford.