The footy WAG took a well-earned break from renovating her $7.3million home this week, jetting off to Broome with her family.

And on Thursday, the 36-year-old model offered a glimpse into her luxury holiday by sharing photos of herself taken at Cable Beach. 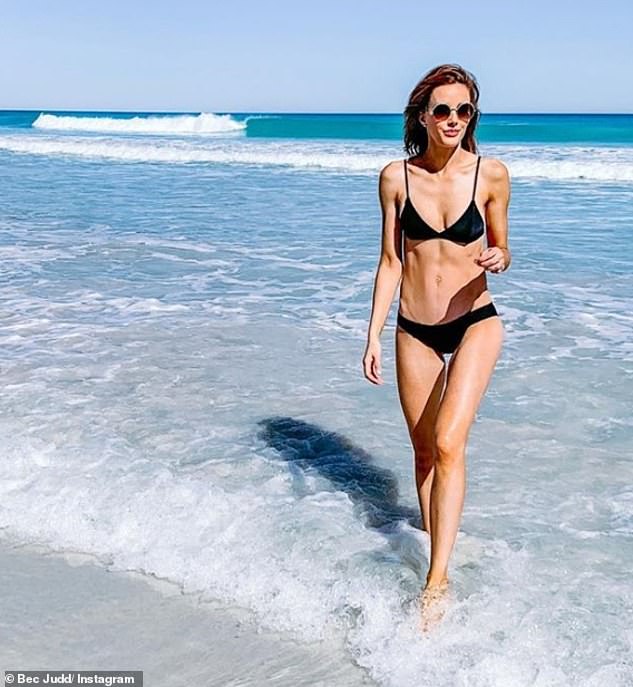 Wish you were here? Mother-of-four Rebecca Judd flaunted her very slender bikini body at Cable Beach in Broome on Thursday

In the holiday snaps, Rebecca flaunted her very slender frame in a black bikini while strolling along the shoreline.

She looked very pleased with herself while enjoying the 30°C weather in Broome, striking a variety of poses.

The following day, she posted another photo of herself at the same beach, but this time wearing a different bikini.

Stunning: Rebecca looked sensational in a black bikini while strolling along the shoreline

Since jetting into Broome on Wednesday, Rebecca has been making her Instagram followers jealous with her idyllic holiday photos.

The Postcards host is staying at the Cable Beach Club Resort and Spa with her husband, retired AFL star Chris Judd, and their four children.

The five-star establishment holds special memories for Rebecca, 36, who last visited when she was 32 weeks pregnant with her son Oscar in 2011 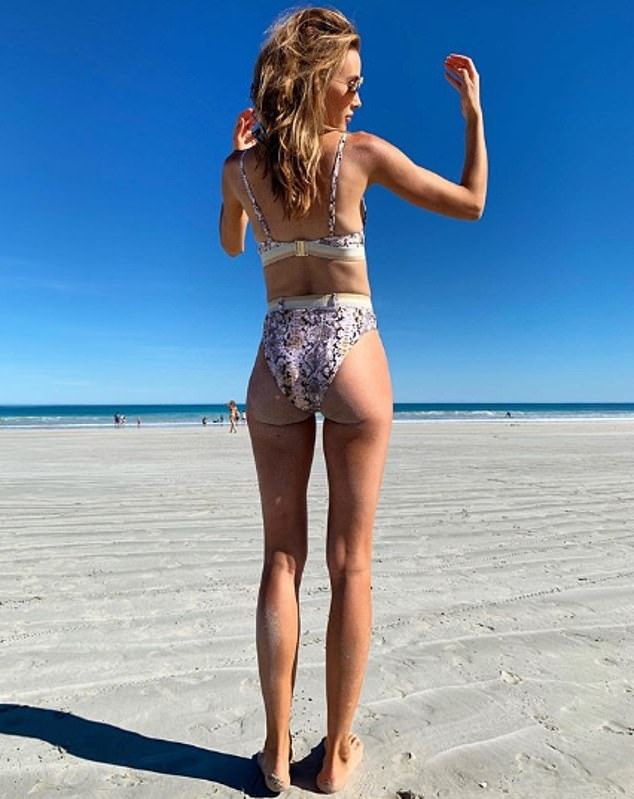 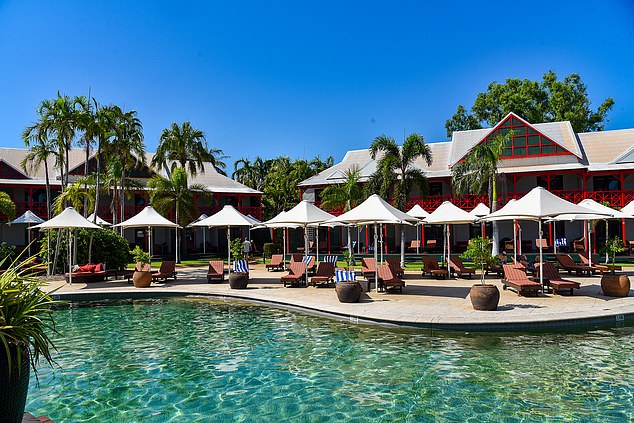 I’m so fancy! The resort is designed ‘with Broome character and Kimberley style – a fusion of colonial charm and Asian influence’, according to its official website. 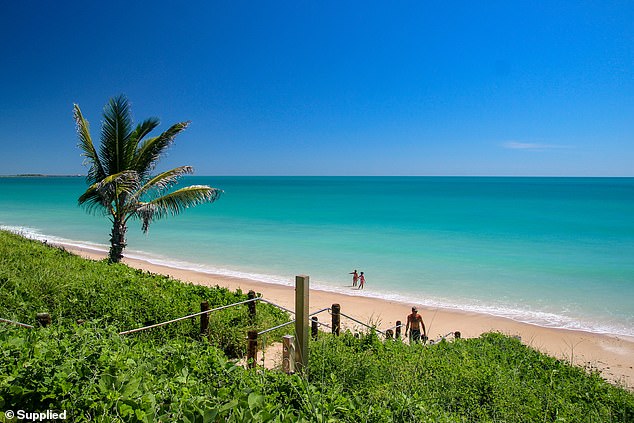 Heaven is a place on earth! With prices starting at $1,300 a night, the retreat is home to exclusive bungalows, with the stunning Cable Beach just a stone throw away

It’s certainly not hard to see why the mother-of-four has fallen in love with the resort.

The villas and bungalows, ranging from $500 to $1,300 a night, all come with their own kitchenettes and lounge spaces, making them perfect for family getaways.

Rebecca has been criticised for her slender figure in the past, with trolls accusing her of being ‘too thin’. She has dealt with this by limiting her Instagram comments. 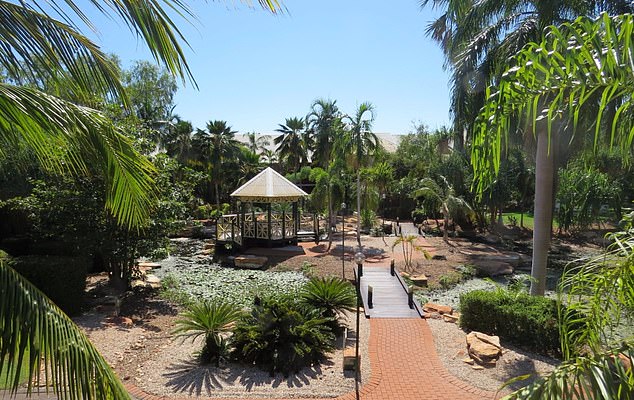 Sentimental: The five-star establishment holds special memories for Rebecca, 36, who last visited Cable Beach when she was 32 weeks pregnant with her son Oscar in 2011

She previously told Daily Mail Australia that social media trolling is nothing new and she doesn’t let it bother her too much.

‘I’ve been really thin my entire life,’ she said.

‘Even in school at six years old, [I was] getting called skinny. The same happened to my mum [Kerry] when she was in school.’ 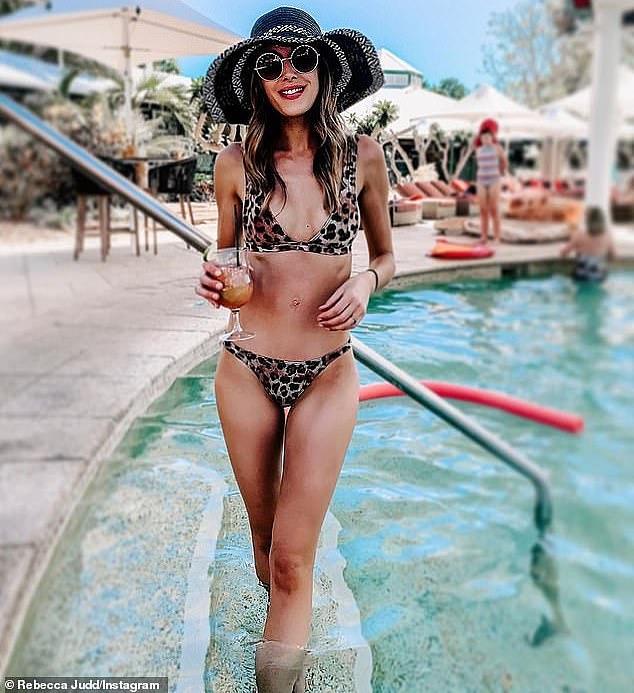 Bottoms up! Former-model Bec Judd has been teasing fans with snaps of her luxurious vacation since she flew to Broome on Wednesday, and, it’s easy to see why Bec – who has a penchant for designer travel, has fallen in love with the exclusive retreat in Australia’s North West corner of Broome

Catherine Tyldesley exudes glamour in elegant two-piece as she steps out with husband Tom Pitford
Rami Malek reveals he got his big break after 'sending out his head shot in a pizza box'.
Celebs Go Dating EXCLUSIVE: Jack Fowler makes debut as he confronts Georgia Steel over THAT kiss
Jerry Fogel, who starred on the 1960s TV series The Mothers-In-Law, dies at age 83
Kylie Jenner dresses daughter Stormi up in her Met Gala look
Amanda Holden poses in Caroline Flack 'Be Kind' T-shirt
Ashley Roberts cuts a stylish figure as she leaves the Heart Radio studios
Aussies defend The Wiggles after Americans said they 'weren't diverse'