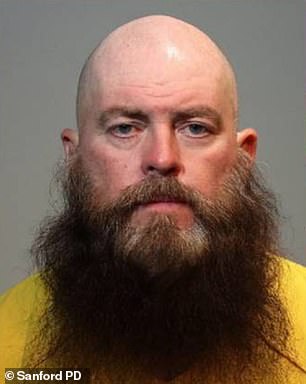 Scott Mathewson, 47, has been charged with sexual battery of a physically incapacitated person for allegedly raping a wheelchair-bound woman in his care in March

A wrestler from has been charged with repeatedly raping a quadriplegic woman who had been in his care after police say DNA evidence collected from the victim produced a match.

Scott Mathewson, 47, who goes by the wrestling name ‘Night Stalker,’ was arrested on Monday on counts of sexual battery of a physically incapacitated person stemming from incidents that took place back in March.

The Sanford Police Department launched an invitation into Mathewson after an officer performed a welfare check on the wheelchair-bound woman and she told him that her caretaker, Mathews, sexually assaulted her twice, reported the station .

According to police, the victim had her legs and arms paralyzed when she was 23 years old. She lives in Sanford with her sister, Mathewson and his wife, April.

The accuser told investigators that on March 17, Mathewson performed oral sex on her against her will.

Late the same day, after the quadriplegic woman had taken a bath, she said Mathewson raped her vaginally.

When questioned by police, Mathewson reportedly denied forcing himself on the woman in his care and claimed that none of his DNA would be found on her.

A nurse from the Seminole County Health Department performed a rape kit on the woman while samples of DNA were taken from Mathews to be analysed by the Florida Department of Law Enforcement. 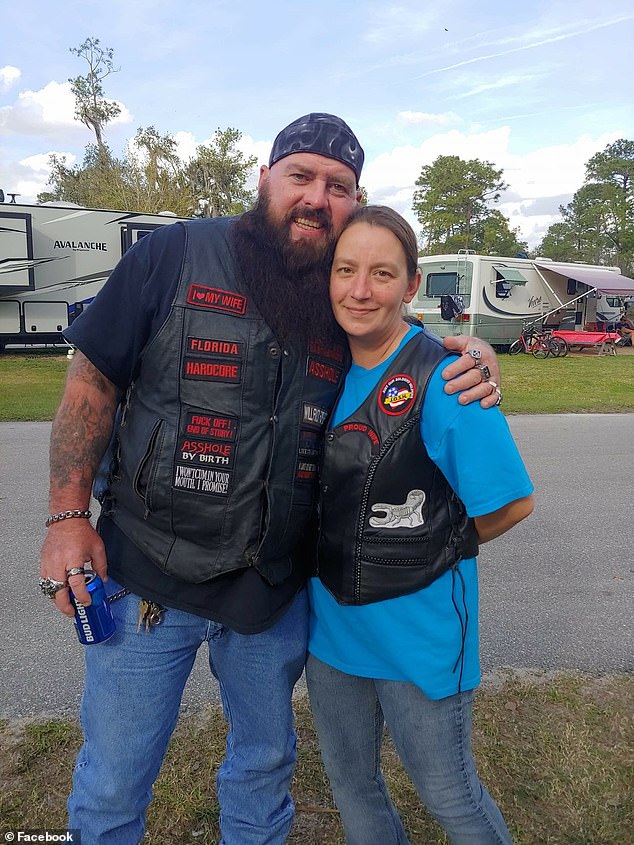 Mathewson’s wife, April (right), who is expecting a baby, has come to her husband’s defense 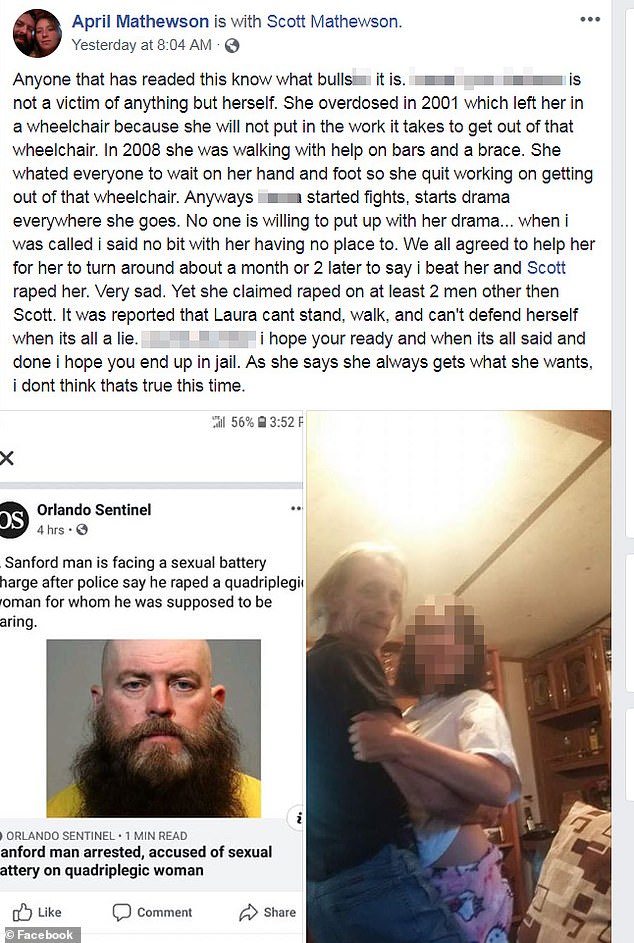 She posted this screed on his Facebook page, accusing the alleged victim of lying

Mathewson turned himself in to police on Monday and was booked into the county jail.

At his initial court appearance on Tuesday, a judge ordered the 47-year-old man held without bail pending his next court date scheduled for August 20.

On Wednesday, Mathewson’s wife, who is pregnant with their first child, a boy, publicly came to his defense and accused the alleged victim of lying about the rape.

In a long screed posted on her husband’s Facebook page, April Mathewson claimed the victim ended up in a wheelchair in 2001 as a result of a drug overdose, and that she would not do the work necessary to get better because she wanted ‘everyone to wait on her hand and foot.’

The status update, which was accompanied by a photo purportedly depicting the alleged victim, the goes on to say that the woman has been to stir up ‘drama’ and start fights. 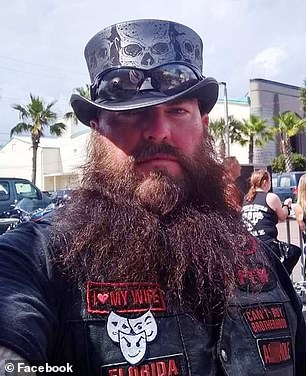 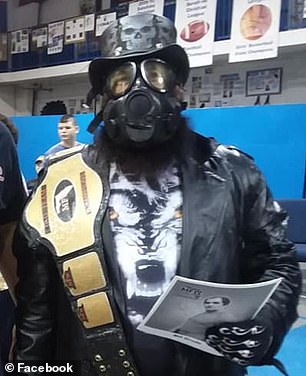 Despite that, April Mathewson wrote that she and her husband had agreed to care for her because she did not have a place to stay, only to have her accuse the wife of beating her and the husband of raping her a couple of months later.

DailyMail.com is not naming the accuser due to the sexual nature of the allegations she has made against her caretaker.

In post after post, April Mathewson has expressed her undying love and support for her husband and the father of her unborn baby.

‘No one will ever come between us,’ she wrote in one status update. ‘We love each other no matter what. We will fight together as a team regardless of who or what we have.’

Just hours after his arrest, Mathewson’s wife launched a GoFundMe campaign seeking donations to cover his legal fees, but the fundraiser has since been deleted.

Meanwhile, a woman claiming to be the victim’s eldest sister posted comments on WKMG’s website on Wednesday that appear to back up some of April Mathewson’s allegations concerning the accuser. 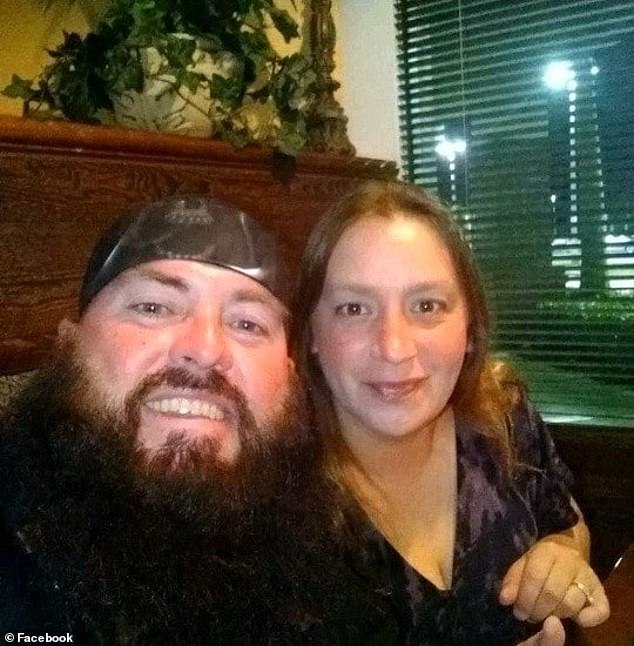 The commenter denied that her youngest sister was incapacitated, explaining that she is a in wheelchair suffering from ‘spastic muscles due to a drug overdose.’

She explained that she called Mathewson, who is related by marriage, begging to take her sister in after allegedly causing their mother, who lives in Missouri, to suffer a heart attack by ‘ramming her with her wheelchair and kicking her in her legs.’

According to the sister, she shared her home with the accuser back in 2013, but asked the woman to leave after she accused her sister of abusing her.

During her stay with the sister, according to the post, the wheelchair-bound woman allegedly accused another man of raping her at a therapy center.

‘The charges were dropped after text messages surfaced or my sister asking this man to bring her things in exchange for sex,’ the post stated. ‘Afterwards, for attention, she cried rape.’

The woman added of the accuser: ‘my sister is manipulative and hateful. She has moved over 12 times in 7 years. Each time claiming abuse. She always ends up back with her 60 year old meth addict boyfriend. This is exactly what she wanted this time as well.’

The commenter went on to say that she believes Mathewson did have sex with her sister, which he characterized as being ‘absolutely wrong,’ but said she does not think it was rape.