Apple’s chief design officer Jony Ive is breaking out on his own after nearly 30 years at the company.

On Thursday, Ive announced a plan to start his own design company called LoveFrom.

And, it will count Apple among its first clients.

Apple says Ive will continue to work closely with the firm on ‘a range of projects’ as he takes on his own ventures, and will remain in his current role until he departs later this year. 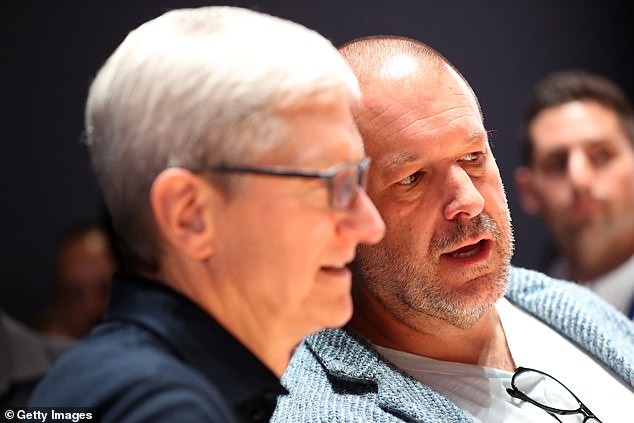 Apple’s chief design officer Jony Ive (right, next to Tim Cook) is breaking out on his own after nearly 30 years at the company

‘After nearly 30 years and countless projects, I am most proud of the lasting work we have done to create a design team, process and culture at Apple that is without peer,’ Ive said.

‘Today it is stronger, more vibrant and more talented than at any point in Apple’s history,’ said Ive.

‘The team will certainly thrive under the excellent leadership of Evans, Alan and Jeff, who have been among my closest collaborators. I have the utmost confidence in my designer colleagues at Apple, who remain my closest friends, and I look forward to working with them for many years to come.’

Britain's GDP meets expectations by growing 0.6% in three months - but investment fell
Austrian government is ordered to pay £1.3million to the owner of the house where Hitler was born
Hundreds of British tourists are stranded in South East Asia after European flights cancelled
Kim Jong-un may have 'lost the will to negotiate' with Trump after Hanoi summit failure
Town halls across Germany are evacuated after bomb threats were sent overnight
Liverpool fans paint Merseyside red ahead of Champions League final
British mother, 39, makes desperate plea for return of two-year-old son after he was taken to Iran
Rebecca Long Bailey appoints self-proclaimed Stalinist