A six-year-old girl managed to end up inside a claw machine on a Greek island while she was ‘looking for a toy to give to her friend’.

Footage shows the unidentified child’s legs poking out of the prize slot at the base of the machine in an arcade on Ethnikis Antistasis street, Rhodes, as she wriggles into it.

Another girl is heard laughing in amazement in the background as she watches the youngster stand up in the glass booth and grab one of the cuddly toys. 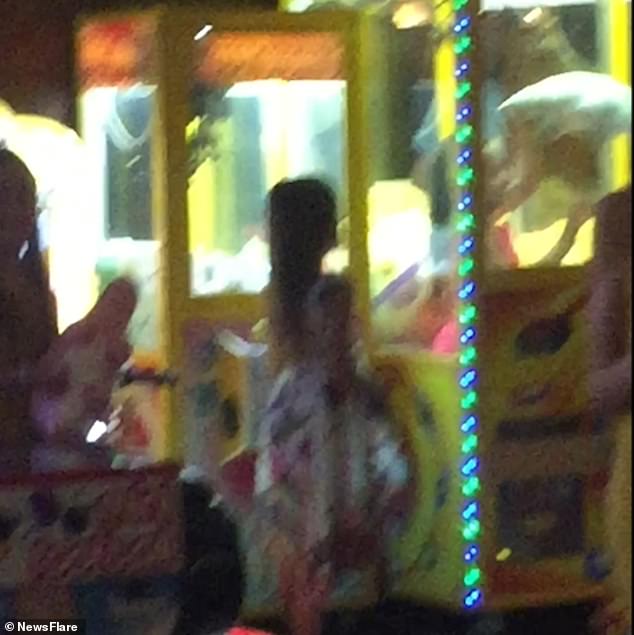 The six-year-old girl grabs a toy from inside a claw machine in Rhodes after squeezing through the prize slot, while another child watches in amazement

Other children are playing on arcade machines right next to her and are initially oblivious as to what’s happening.

Meanwhile, another toy animal lies forlornly on the floor just outside the machine, and likely belongs to the cheeky toy snatcher.

Towards the end of the clip, several girls have gathered around the booth, along with a woman, who was standing close by but had been looking in the opposite direction. 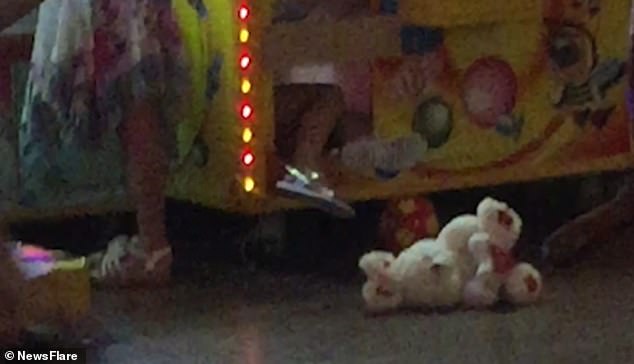 The cheeky toy snatcher ‘gets a teddy for a friend because she couldn’t win one’, according to the bystander who recorded the footage, on May 29 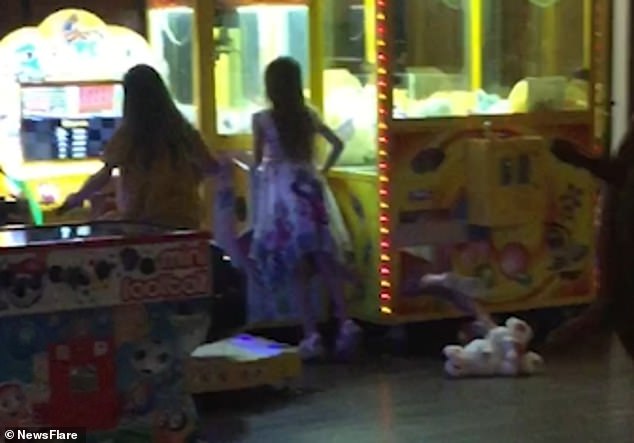 The footage was filmed by a British holidaymaker on May 29.

The film-maker said: ‘The girl climbed into the toy machine to grab a teddy for a friend because she couldn’t win one.’

To free the child, either a member of staff, or possibly firefighters, would have tended to the scene – unless, of course, she managed to squeeze back out by herself.

Retired call girl testifies in NYPD bribery trial
UK weather: MailOnline readers share their Whiteout Wednesday snaps
Tory HQ admits it WILL be taking part in European Parliament elections on May 23
PETER HITCHENS: Yes, Miss Greta Thunberg, back when I was 16 I knew everything too...
Kelly Brook PICTURE EXCLUSIVE: Model sparks secret marriage rumours
New measurement based on a different type of star could reshape understanding of universe expansion
Late father's found WWII bracelet is returned to his now 76-year-old daughter
British couple find ring in Bali and reunite it with owner in Poland