A novelty ‘poo’ product has been pulled from shop shelves over health fears.

The pots of slime, branded as ‘unicorn magic poo’, have been found to contain too much of a chemical element called boron.

It is feared that a child’s reproductive system could be damaged if they accidentally swallowed some of the gunge.

As a result, Amazon, Claire’s Accessories and Hawkins Bazaar have removed the products from sale. 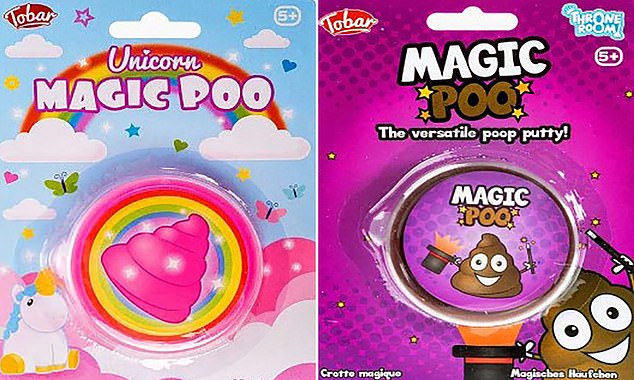 It means those particular products will no longer be sent to stores and any already on the shelves will be removed from sale.

The urgent safety recall comes after one batch of the slime, with a batch number of K17 and K18, was found to contain too much boron.

Affected batches contain 1,300mg/kg of boron when EU rules state that the safety limit is 300mg/kg for slime, and 1,200mg/kg for putty.

A spokesperson for Tobar said: ‘Following a deviation from the formula in the manufacturing factory, a batch of the product did not meet the EU requirement for boron.

‘After one batch of the product was found to be non-compliant, Tobar instigated the withdrawal of all the products from sale, not just the affected batch.

‘We liaised with our trading standards partners and they were happy for us to take this pro-active approach.’ 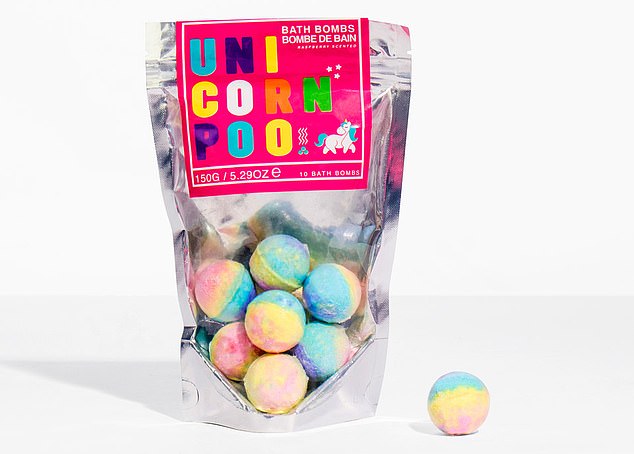 The Hills forged reunites at MTV VMAs to announce reboot with out Lauren Conrad or Kristin Cavallari
Hodgson backs Howe for long career but doesn´t envy...
Chancellor resorts to toilet humour as he announces financial relief for public loos
Denise Lewis, 46, believed she was going through early MENOPAUSE before learning of pregnancy
Tina Weaver: Here is my Strictly dream team for 2019. So who would be on yours?
Diabetes patients could swallow tiny NEEDLES to deliver their insulin in drug breakthrough
Paul Thomas on... the Queen’s Instagram
Madonna, 61, leaves the London Palladium as she returns to the stage for Madame X tour