Twitter has begun placing virtual warning labels on politicians’ messages that it would ban as offensive if the identity of their authors didn’t automatically make them matters of public interest.

The move, announced Thursday, came barely 24 hours after President accused the social media platform’s leaders of censoring him in a bid to limit the circulation of his ideas.

Twitter’s ‘safety’ team wrote in a that when office-holders or candidates posted material that ‘violated our rules’ in the past, it often chose to ignore the problem in the interest of poliical free speech.

But now in some cases it will force users to click on a disclaimer before viewing such material, and purposely depress its ability to go viral. 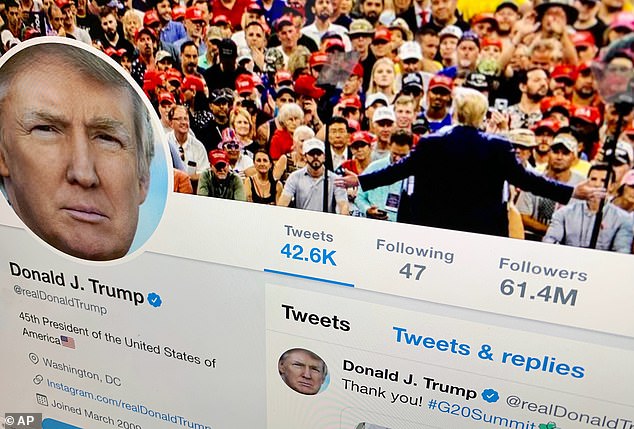 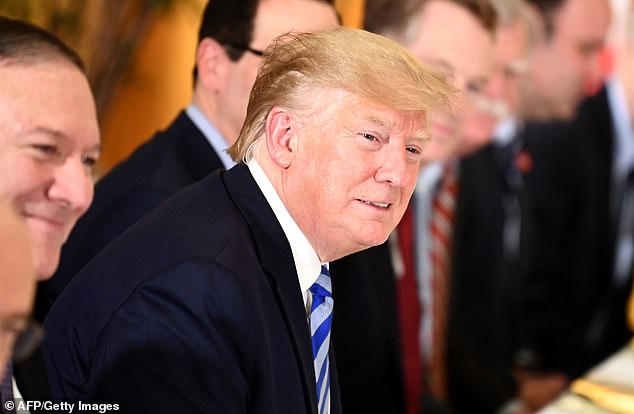 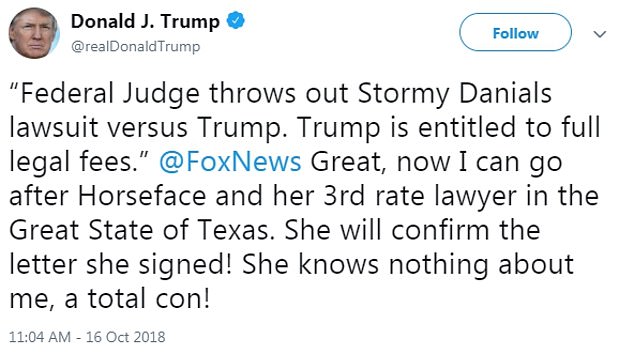 The move, the company said, would allow it to ‘strike the right balance between enabling free expression, fostering accountability, and reducing the potential harm’ some tweets can cause.

Trump has 61.4 million followers on Twitter, giving him a massive opening to change the global debate about any topic he chooses or start a news cycle to distract the media from an existing one that he finds unfavorable.

Some of his messages have rankled liberals who see attacks on media outlets and his political opponents as beyond the pale and unbecoming for a president.

It consists of a message reading: ‘The Twitter Rules about abusive behavior apply to this Tweet. However, Twitter has determined that it may be in the public’s interest for the Tweet to remain available.’

Users won’t be able to see or read it until they click on the word ‘View.’

In a Fox Business Network interview on Wednesday, host Maria Bartiromo asked the president if he was concerned that Silicon Valley titans were ‘censoring conservatives’ in advance of the 2020 election. 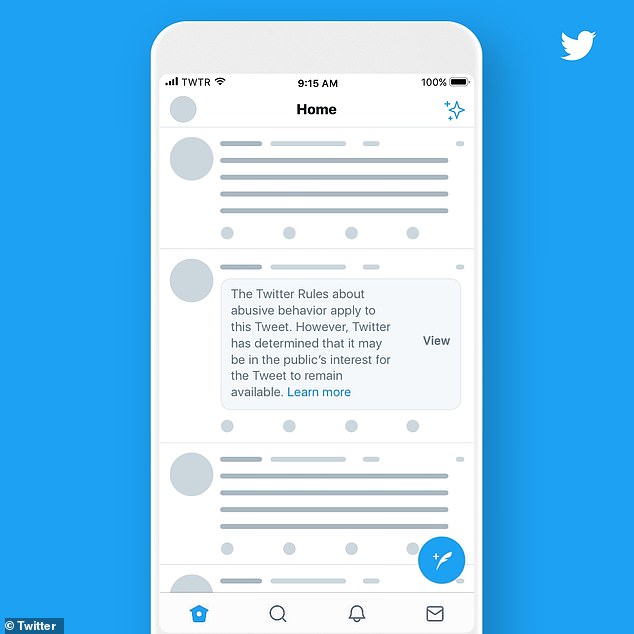 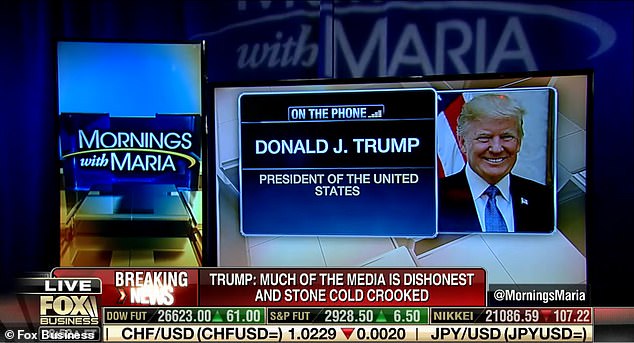 ‘These people are all Democrats. It’s totally biased toward Democrats,’ Trump complained. ‘If I announced tomorrow I am going to become a nice liberal Democrat, I would pick up 5 times more followers.’

Twitter’s announcement didn’t mention the president by name and said it’s unclear when it will single out its first tweet for the new form of censorship.

Its  ban tweets that fall into a number of subjective categories including ‘the glorification of violence’ and ‘targeted harassment.’

Some of Trump’s tweets have generated public controversy because of his mocking tone or pointed insults.

Last year he called his fired former aide Omorosa Manigault-Newman ‘that dog’ and a ‘crazed, crying lowlife’ after she wrote a book accusing him of being a mentally deteriorating racist.

In 2017 he tweeted an altered video that depicted him as a pro wrestler throwing a person to the ground whose face was labeled as ‘CNN.’

In October 2018 he called former pornographic actress Stormy Daniels ‘Horseface’ in a tweet following a Texas judge’s decision that she owed him hundreds of thousands of dollars in legal fees related to a dismissed defamation lawsuit.

Daniels has claimed Trump carried on an affair with her 13 years ago and directed his now-disgraced lawuer Michael Cohen to pay her $130,000 just weeks before the 2016 election in exchange for her silence.

In late June and early July of 2017 Trump called MSNBC co-host Mika Brzezinski ‘dumb as a rock’ and claimed she was ‘bleeding badly from a face-lift’ during a New Year’s Eve party at his Palm beach, Florida resort club.

Twitter said in January 2018 that it was hesitant to limit the free expression of politicians who tweet controversial opinions.

‘Blocking a world leader from Twitter or removing their controversial Tweets would hide important information people should be able to see and debate,’ the company wrote then. ‘It would also not silence that leader, but it would certainly hamper necessary discussion around their words and actions.’

Australian model Sinead McNamara found dead on yacht in Greek island
Pregnant mother of four killed by drunk driver who slammed truck into the Oldsmobile she was pushing
One in ten people have burnt their ex-partner’s possessions after splitting up
Norwegian jet stranded in Iran as sanctions prevent parts being sent
Academy of Motion Picture Arts and Sciences reverses decision and will air all awards live at Oscars
'Brave' New York cop fatally shot in the head with his own gun while wrestling with a man
South Carolina Ford dealership launches promotion offering customers a Bible, flag and AR-15 voucher
West Virginia corrections cadets and staff fired over Nazi salute