Long-shot 2020 candidate Jay Inslee said Wednesday night that the current president is the biggest security threat to the United States.

‘The biggest threat to the security of the United States is ,’ an empowered Inslee said during the first night of the first Democratic primary debates of 2020.

Inslee’s response received an enthusiastic response from the crowd of hundreds gathered in Miami for the two-night event.

Ten candidates appeared Wednesday, and largely avoided mentioning the president by name at all during the debate, and 10 more will participate in the second debate day on Thursday. 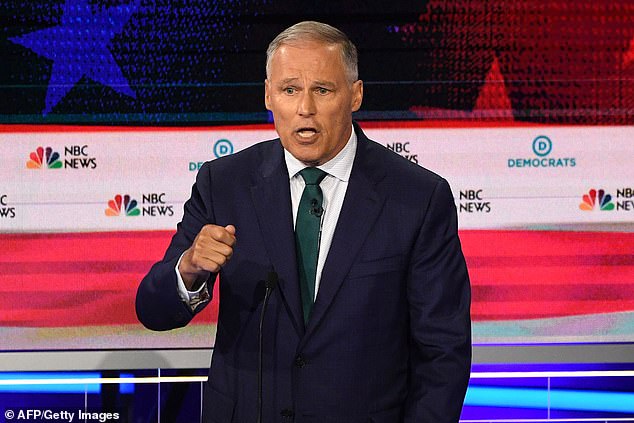 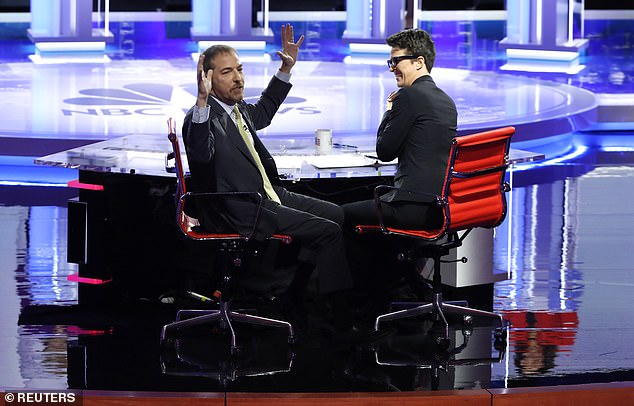 Inslee made the comments when the 10 candidates on stage were asked by co-moderator Chuck Todd (left) to give a short response on what the biggest geopolitical threat is to the U.S. 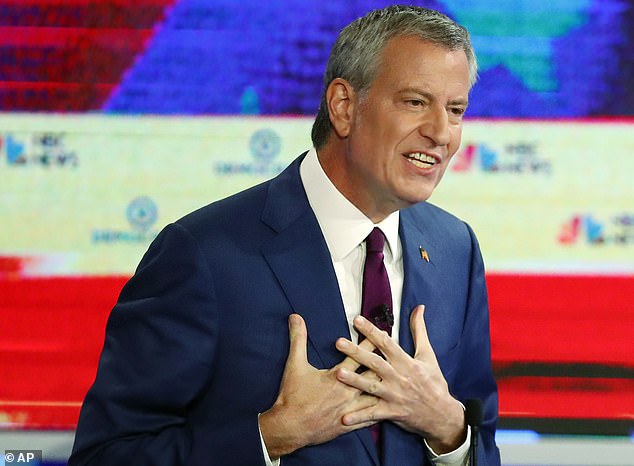 No other candidates mentioned the president by name in giving their response, but New York Mayor Bill de Blasio said the biggest threat is Russia because they are able to tamper with U.S. elections 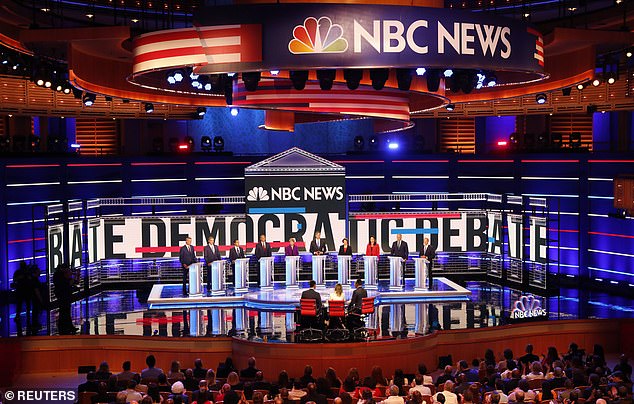 The other candidates gave a wide variety of responses, including climate change, Iran, nuclear proliferation and China

Moderator, and NBC host, Chuck Todd, requested each of the 10 candidates that took the debate stage for the two-hour event issue a one or two word response on who or what currently poses the biggest geopolitical threat to the U.S.

Candidates gave a variety of answers, but the Washington governor was the only one that invoked the president by name.

Inslee regularly polls as one of the least popular candidates among likely Democratic primary voters – usually coming in dead last, or close to it.

In all national polls, and almost every regional one, he has come in with 1 per cent support or less.

Bill de Blaiso, the mayor of New York City, seemed to steer a slight toward the president with his response, but did not explicitly call out Trump.

‘Russia,’ he said is the biggest threat, ‘because they’re trying to undermine our democracy and they’ve been doing a pretty damned good job of it and we need to stop them.’ 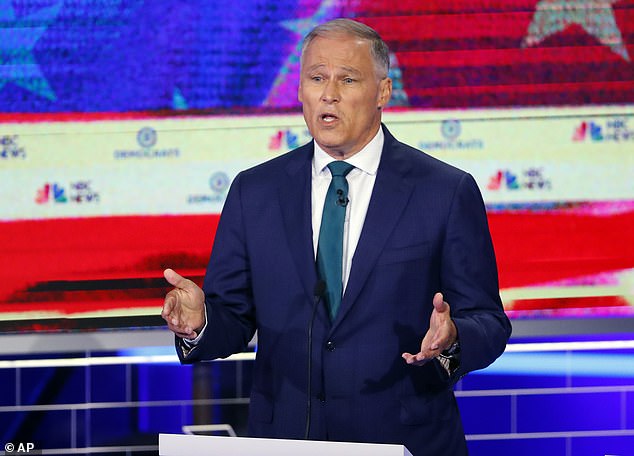 Inslee is one of the least popular candidates of the 25 running, regularly polling at 1 per cent or less among likely Democratic primary voters 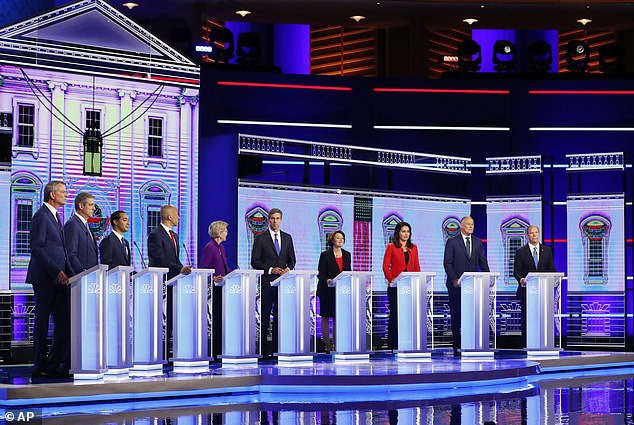 Ten candidates took stage Wednesday night to participate in the first night of the first Democratic primary debates in Miami, Florida. Senator Elizabeth Warren (fifth from the right) is the front-runner among the contenders that debated Wednesday

De Blasio, one of the most recent Democrats to announce his candidacy, also regularly falls in the bottom tier of the 25 candidates running to be the party’s primary nomination in 2020.

Todd thanked the panel for the wide variety of answers.

More top-tier candidates Sens. Elizabeth Warren, Cory Booker and Amy Klobuchar were also part of the first night of debates, which were hosted by NBC News.

Warren was the front-runner of the first night with Bernie Sanders, Joe Biden, Kamala Harris and Pete Buttigieg all randomly selected to appear during night two of the first round of Democrat debates.

The Massachusetts senator was asked more direct questions and given more floor time than any of the other nine candidates.