A father and son who both work as paramedics have melted hearts after recreating a decades-old photograph.

Student medic Dan Gray was only a toddler when the photo of him pretending to drive an ambulance was taken.

The sweet snap captures him at the wheel wearing just a nappy and a hard hat whilst his proud dad looking on. 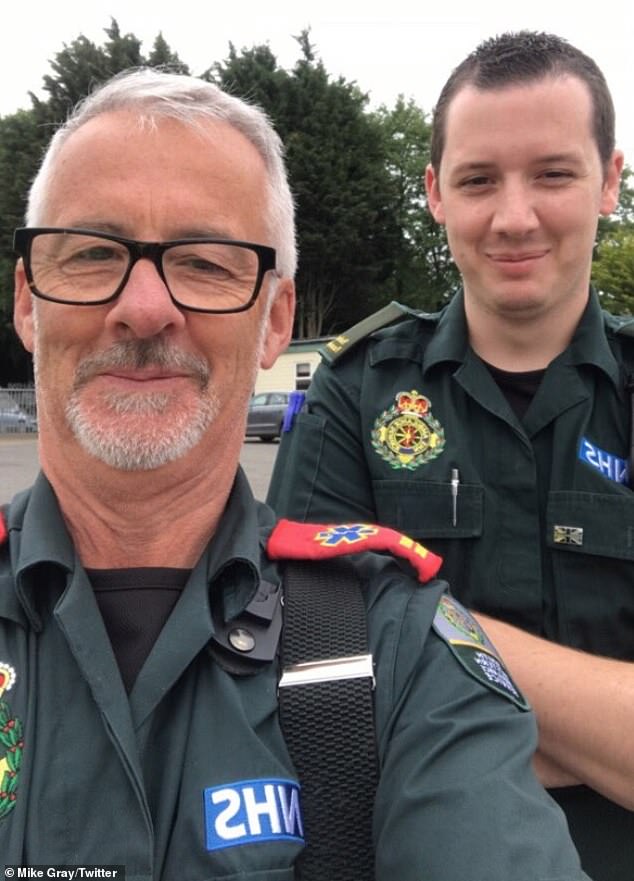 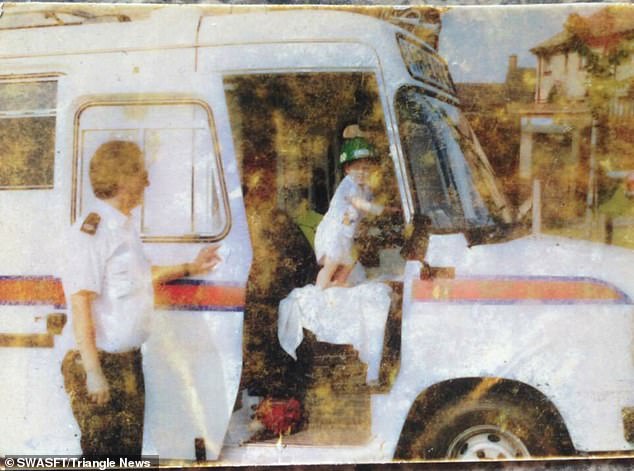 Dan Gray, pictured in the driving seat of this ambulance, along with his father Mike, left is currently training to be a paramedic to work alongside his parent 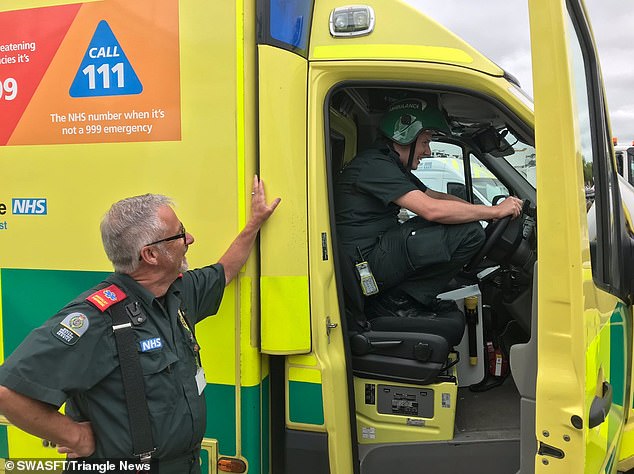 Dan and Mike recreated their 30-year-old photograph with a modern ambulance… and this time, the younger Mr Gray was not wearing a nappy and struggled to stand on the seat

But 30-years-on, his dream is now a reality as he works alongside his father Mike Gray for South Western Ambulance Service.

So they decided to recreate the special family photo in celebration.

After sharing the photograph on Twitter, the pair from Glastonbury, Somerset have received more than 1,000 likes.

The up-to-date photo captures Dan wearing his green ambulance uniform whilst driving the ambulance with Mike once again looking on.

Hilariously, Dan is once again wearing a green hard hat and standing on the seat of the ambulance.

Dan, 30, who started as an Emergency Care Assistant in 2015, said: ‘Who’d have thought I’d not only be able to follow in my father’s footsteps.

‘But also get a chance to work directly alongside him?

‘He really is my role model and it is a privilege when we get to work on the odd shift together. 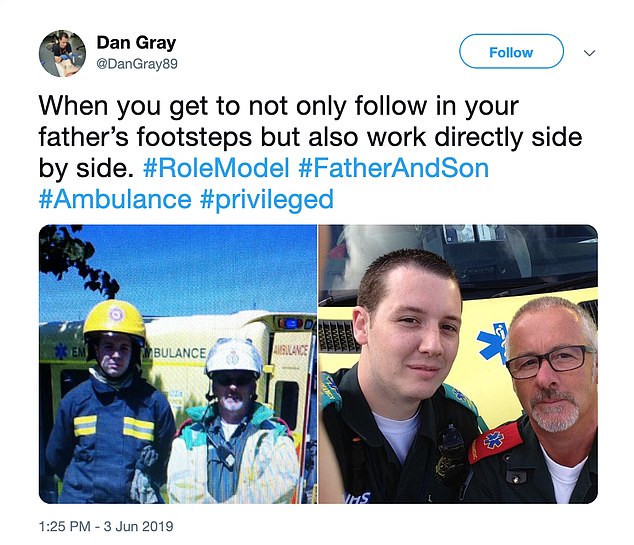 ‘We were amazed at the reaction to a photo we posted on social media recreating us together 30 years later.

‘That original photo sat in my Grandad’s wallet for many years, so it is a little worn out but you can still see what I wanted to be when I grew up.’

Although the pair now both work as paramedics, they also both began their careers as firefighters.

Dan joined Devon and Somerset Fire and Rescue Service in 2008 as a retained firefighter and occasionally bumped into his father at emergency incidents.

And he decided to retrain for the ambulance service after being inspired by watching father Mike.

Mike, who works as a specialist paramedic, said: ‘It’s one big green family, and we all support each other.

‘I’m so proud of Dan he always used to come along to the station and was very interested in it all from an early age.

‘It is one of the most rewarding jobs being able to help treat patients in an emergency – to stabilise them and do your best for them when traumatic things have happened.

‘I’ve tried to pass on that onto Dan, we may not have been there at the moment the incident happened but we can try and do our best to put things right again.’

Dan added: ‘It can be challenging, but very rewarding.

‘The work is very varied not knowing where, what or who you’ll get to see or treat in a shift.

‘The best thing is the comradeship, it is right across the emergency services in general and we support each other. I’d recommend the profession to anyone’.

The Latest: Car kills 5, injures 18 outside China school
Can the war between US president Donald Trump and Amazon boss Jeff Bezos sink any lower?
Climber Tom Ballard's girlfriend says she pleaded with him not to climb 'Killer Mountain'
200 jobs at engineering giant GKN at risk as plans to close UK factory are revealed
Zara Tindall dons horse-riding gear for a dressage display in Norfolk
Derbyshire school closes after 'confirmed coronavirus' case
Leicester mayor 'was warned that clothing factories had no social distancing but failed to act'
Man, 47, is killed and a woman, 28, is injured after house roof collapses