Government officials have made an ’embarrassing blunder’ by using an image of a Russian fighter jet on a poster promoting the RAF’s famous Red Arrows.

The Department for International Trade has been building excitement about the Royal Air Force Aerobatic Team’s upcoming visit to the US on Twitter.

But in a post detailing how the BAE Hawk T1 jets can fly at 48,000ft, the department used an outline of a Russian Sukhoi Su-30/33 fighter.

Several military aviation experts were quick to point the mistake out and the DIT later deleted the tweet.

The Department for International Trade has been criticised for using the silhouette of a Russian fighter jet in a tweet promoting an upcoming tour of the US by the RAF’s Red Arrows, pictured 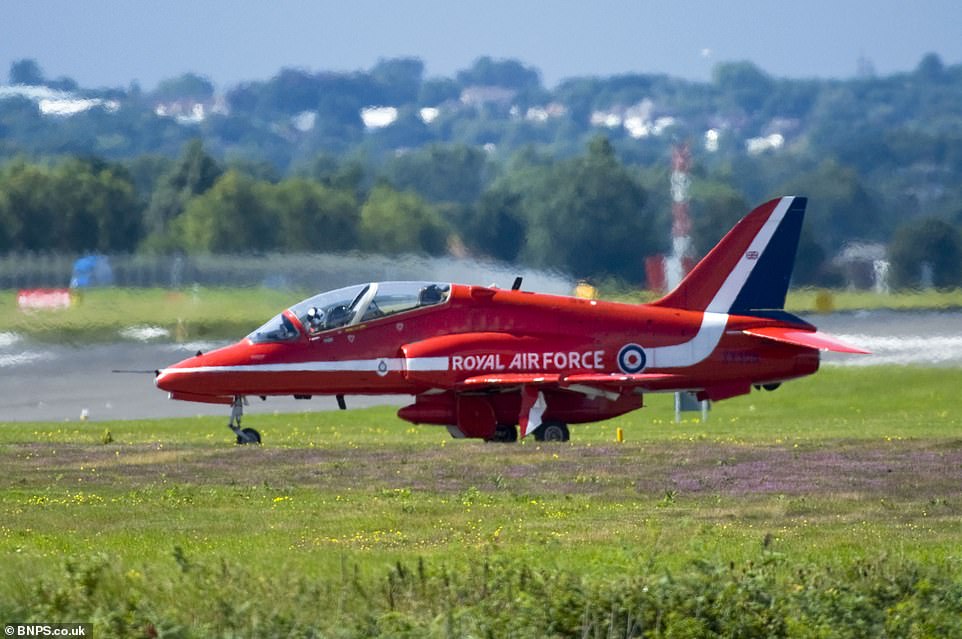 The Red Arrows jet is a BAE Hawk T1, pictured, which is very different from the Russian fighter at almost half its length 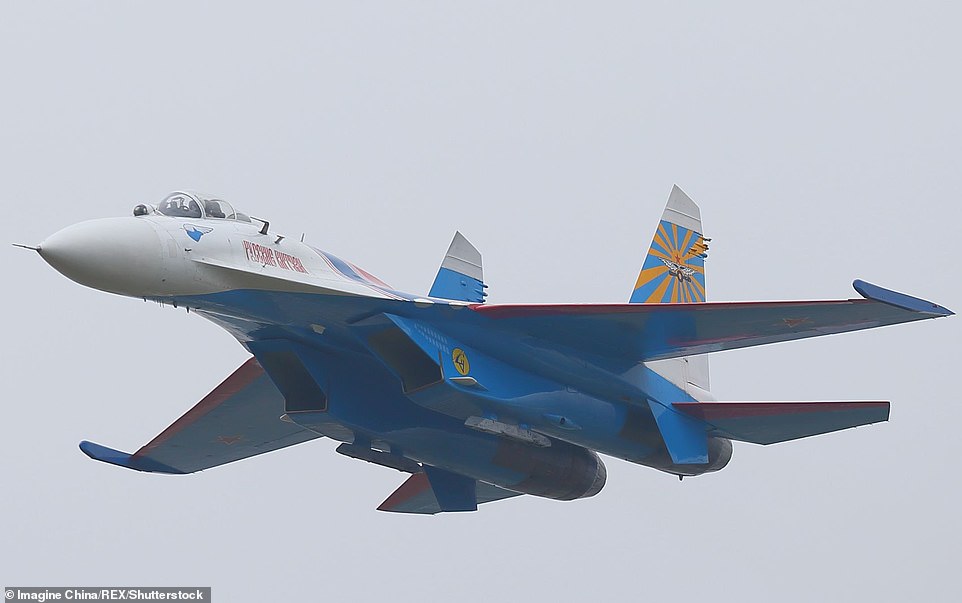 The Russian fighter is also around four times as heavy as the British jet and is visibly of a different shape and size. But the model is also used for Russian aerial displays with this plane part of the Russian Knights aerobatic team

Andy Saunders, a military aviation historian, said: ‘This really is an embarrassing blunder. The aircraft depicted isn’t the BAE Hawk trainer used by the Red Arrows, or anything remotely like it.

‘It is a high-performance advanced fighter jet. It looks to me like a depiction of a Russian Sukhoi SU-30.

‘I can’t imagine what they were thinking, getting it so very wrong. I despair. Both aircraft are so vastly different, in every respect – and it isn’t even the correct nationality.’

The tweet marked 48 days to go before the Red Arrows largest overseas deployment for 25 years in north America.

Between August to October the Red Arrows will be performing in shows and events across 18 cities in the US and Canada.

A spokesman for the DIT said they deleted the tweet as they had doubts over the image they used.

He said: ‘We wanted to be sure of its provenance following comments made on twitter.

The Department for International Trade has been mocked for the blunder on the poster and when the two planes are compared it is easy to see why.

The Russian Sukhoi Su-30/33 is almost twice as long as a Red Arrow BAE Hawk jet, and is more than four times as heavy.

It also dwarfs the British jet in terms of performance, but that is not unexpected given it is for military use rather than air shows.

Below is a closer look at how the two jets match up: