Avoiding the toilets at festivals is somewhat of a tradition for many revellers – but campers at Glastonbury now have plenty of options, including shepees for women.

For those after a more typical experience, there are 2,000 long drops or 1,300 compost toilets as well as hundreds of male urinals.

But now WaterAid has set up a number of female-only toilets, which are bright pink and have sanitary disposal facilities, a shelf and hooks plus extra space.

Impatient female attendees can also ask for a shepee – a device that helps women urinate while standing up – and use urinals decorated with slogans including ‘girl power’ and ‘freedom’.

The charity has also created a cubicle that features versions of some of the world’s most famous pieces of artwork. 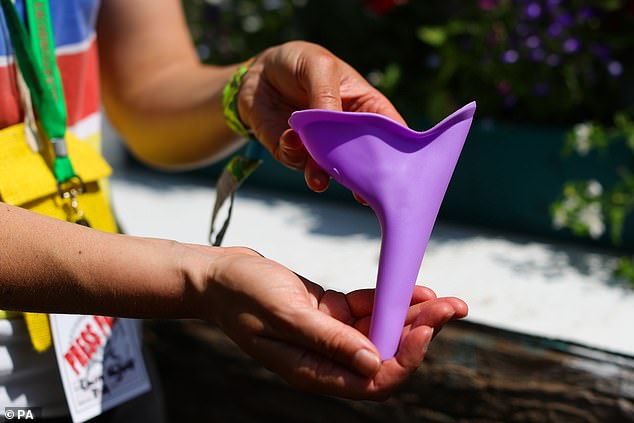 Brave female festivalgoers can ask WaterAid volunteers for a shepee, pictured, so they can use urinals 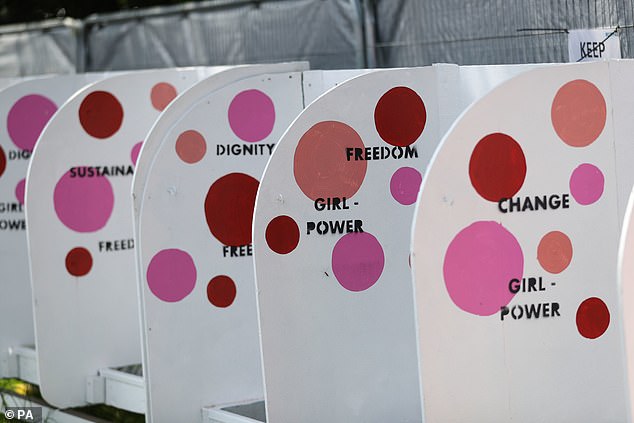 The female urinals, pictured, are decorated with slogans including ‘girl power’ and ‘freedom’

Each of the pieces inside the Loovre at Worthy Farm, Somerset, has a twist added to highlight that one in four people across the world have no decent sanitation.

Michelangelo’s David is shown crossing his legs as his waits in a long queue, while Leonardo da Vinci’s Mona Lisa is holding on until nightfall.

The Thinker is pictured on a toilet, Frida Kahlo is framed in a bathroom mirror, and Botticelli’s Venus is being presented with sanitary products.

Tim Wainwright, chief executive at WaterAid, said: ‘This fun exhibition provides some entertainment and contemplation while using the convenience, as well as conveying a serious message: no-one should have their access denied to decent sanitation and clean water because of who they are or where they live.

‘One in four people – that’s two billion people across the globe – have nowhere safe or decent to go to the toilet.

‘We are calling to join us as we fight this inequality and work towards a world where everyone, everywhere has access to these basic human rights.’

The Loovre is located near the Pyramid Stage, by the Cider Bus.

It is part of the charity’s Access Denied campaign, which calls for everyone to have access to decent toilets and clean water. 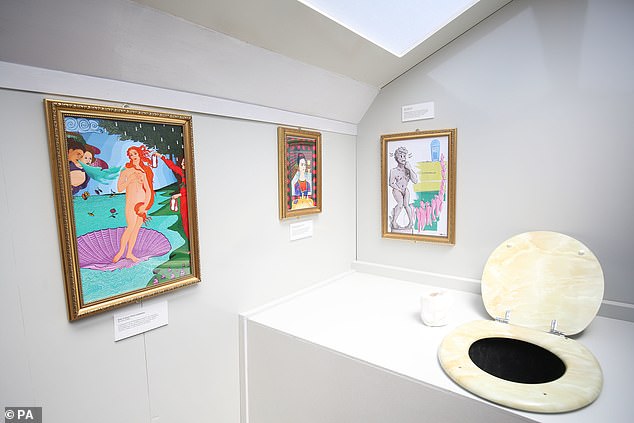 Glastonbury attendees can also visit the Loovre, which features a number of famous artworks with a twist added to highlight that one in four people across the world have no decent sanitation 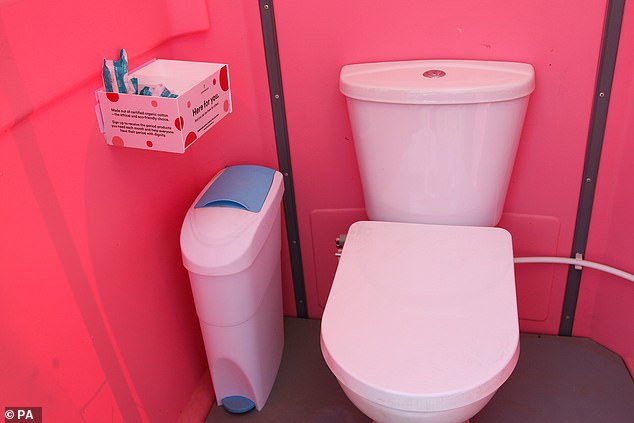 There are also bright pink female-only toilets that have sanitary disposal facilities, a shelf and hooks plus extra space