is reportedly backing and a defense source claims the US is not interested in talks with Tehran, despite ‘s indicating he was open to negotiations.

France and other European nations have continued to try and mediate between Tehran and Washington in the wake of last week’s attack on a U.S. drone in the Gulf.

But a French source told there is ‘no signal the US is interested in dialogue’, despite Trump saying he wanted to ‘make Iran great again’ with a new nuclear deal.

The defense source said France would not hastily join Trump if he were to try and set up an anti-Iran bloc, although he reiterated that they regarded the Americans as ‘good allies.’ 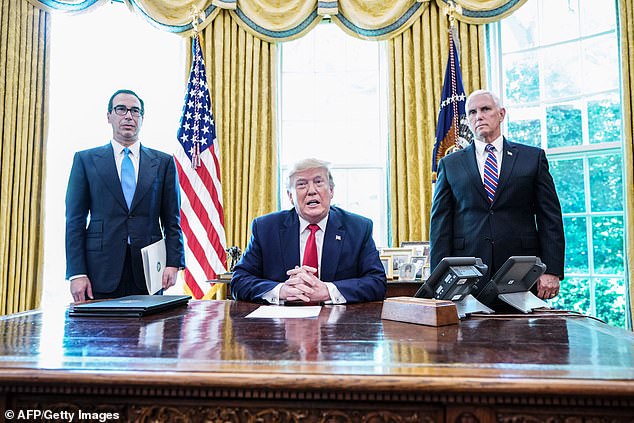 President Donald Trump has welcomed talks with Iran, saying he wanted to ‘make Iran great again’ over the weekend 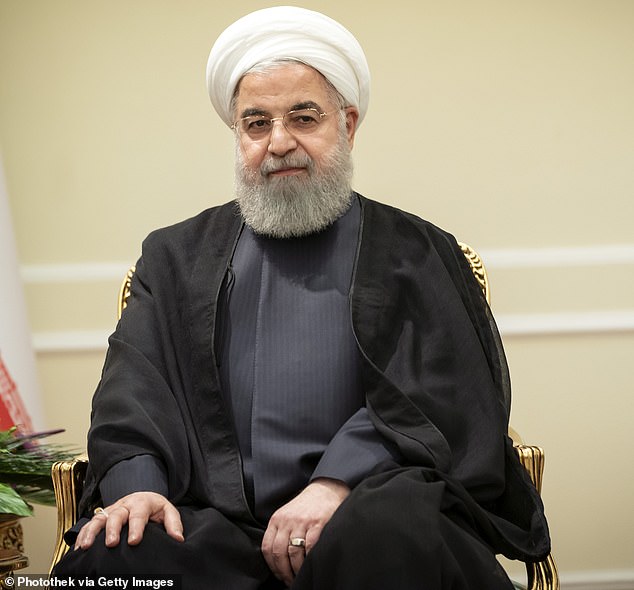 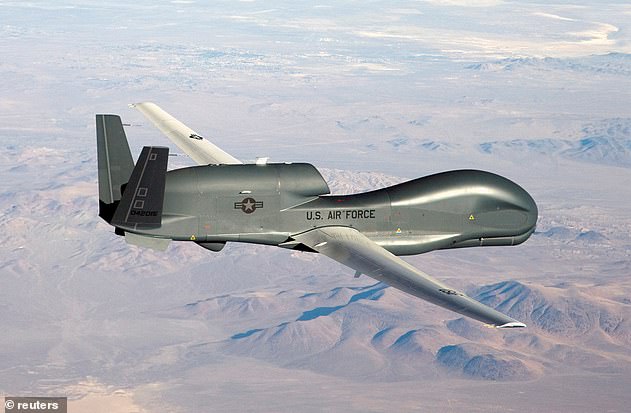 Last Thursday Iran claimed they had shot down a US drone transgressing its airspace, the Americans denied this claim

On Monday the UK, Germany and France gave a joint statement calling for ‘de-escalation and dialogue’ and that they had ‘grave concern’ over miscalculation leading to conflict.

They also backed the Obama-era Iran Deal which Trump pulled out of last year as he increased sanctions.

The French did however back US intelligence reports on Monday, saying they did not believe the American drone had violated Iranian airspace.

On the weekend Trump told NBC’s  show: ‘I think they [Iran] want to negotiate. And I think they want to make a deal. And my deal is nuclear.’

Tensions between the two countries have escalated in recent weeks after Washington blamed Tehran for attacks on two oil tankers, followed by the downing of a US surveillance drone off Iran’s coast.

Iran denied the tanker attacks but said the drone was in its airspace. Trump later called off a counter-strike, saying it would have killed too many Iranians.

On Tuesday, Trump lashed out and threatened Iran with ‘obliteration’ after President Hassan Rouhani said the White House’s actions were ‘mentally retarded.’ 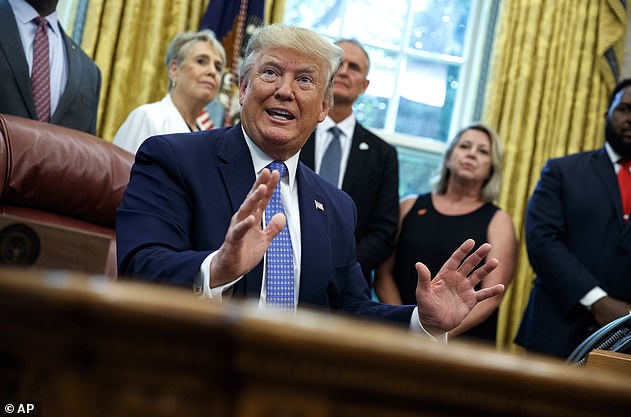 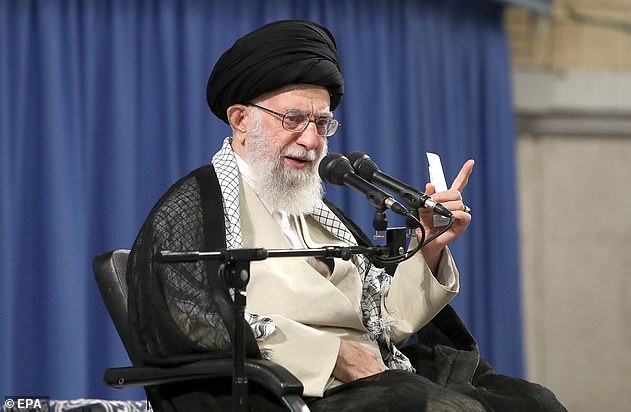 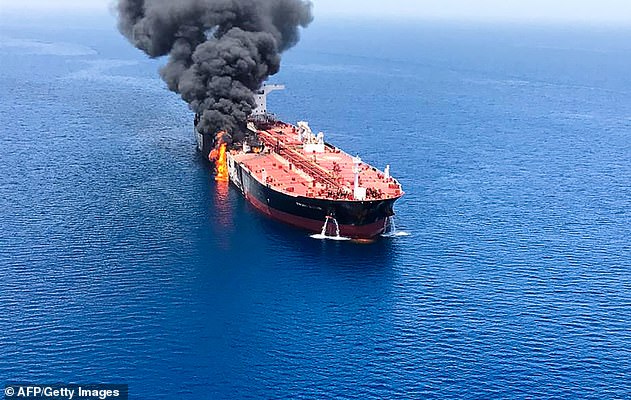 A picture obtained by AFP from Iranian News Agency ISNA on June 13, 2019 reportedly shows fire and smoke billowing from Norwegian owned Front Altair tanker said to have been attacked in the waters of the Gulf of Oman

Supreme Leader Ayatollah Ali Khamenei is also quoted as saying that ‘the most hated figures of such an administration accuse and insult the Iranian nation. Iranian nation will not budge and will not withdraw because of the insults.’

His website further refers to the Trump administration as ‘sinister.’

‘I don’t think their leadership is smart,’ Trump told Fox Business Network today. ‘Iran is going down the tubes,’ he added, citing biting U.S. sanctions as well as unrest in the country and other economic pressures.

Trump claimed he was ‘nice’ to Iran in not ordering strikes after Tehran shot down the drone.

Highly effective magnitude 8.2 earthquake strikes within the Pacific Ocean close to Fiji and Tonga
Elon Musk is acting out because he wants to be ousted from Tesla, stock expert says
The Warriors cult film 40th anniversary New York City 1970s
Gruesome moment a pod of Orcas swarm and attack gray whale right in front of Monterey whale watchers
Breaking Bad and Jackie Brown star Robert Forster dies at 78 after brief battle with brain cancer
Tracey Cox reveals how to freshen up your love life ahead of the New Year
Dr. Fauci walks back criticism that Trump 'obviously' could have saved more lives
Cold case murder of Ohio girl, 8, is solved after cops link DNA to a dead, convicted sex offender