A New Jersey woman who has agreed to cooperate with federal prosecutors after admitting to being an asset violated the agreement and continued working for the terror group as a double agent, officials said in court.

Sinmyah Amera Ceasar was in Brooklyn Federal Court for her sentencing on Monday.

A spokesperson for the US Attorney’s Office in the Eastern District of New York told DailyMail.com this afternoon that the sentencing adjourned until Tuesday morning.

During today’s proceedings, which included witness testimony, federal prosecutors said that Ceasar was arrested in 2016 and pleaded guilty in 2017 to providing material support to ISIS.

Following her sentencing in that case, the New Jersey native signed a cooperation agreement with federal prosecutors. But then Ceasar went on working on behalf of ISIS.

‘She played two main roles, which I would characterize as a disseminator and a connector,’ government witness Dr. Lorenzo Vivilo, director of the program on extremism at George Washington University, told the federal court on Monday, as the first reported. 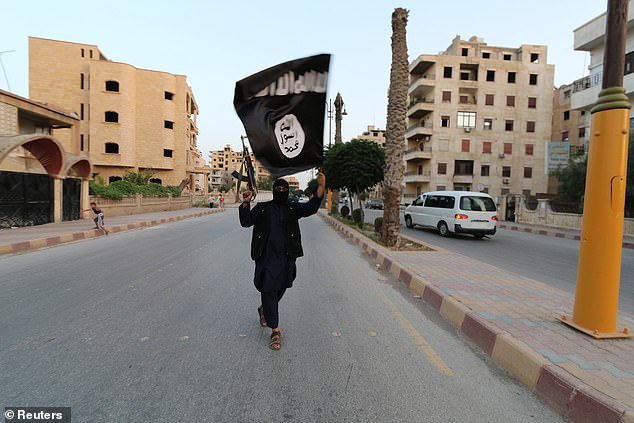 Ceasar would share pro-ISIS propaganda on social media and then connect people potentially interested in being recruited by the terror group with existing ISIS members.

‘She clearly adopts the fringe worldview that is ISIS. The way she speaks is the way someone in ISIS would speak,’ Vivilo said from the witness stand.

In March, Ceasar was arrested a second time and pleaded guilty to obstruction of justice.

According to court documents, the woman knowingly destroyed Facebook and text messages with the intent to hinder the investigation.

‘I didn’t do anything wrong under Islam but stand up for my [faith],’ Ceaser wrote in a Facebook post in 2018, according to

Ceasar showed up in court for her sentencing on Monday without a hijab.