Istanbul is facing a crackdown after president Recep Tayyip Erdogan lost the commercial hub in a high-stakes recall vote.

Voters delivered a stunning victory to Turkey’s secular opposition mayoral candidate Ekrem Imamoglu on Sunday night after a re-run of the March ballot.

Experts fear a crackdown by Erdogan who imprisoned tens of thousands after a failed coup in 2016. 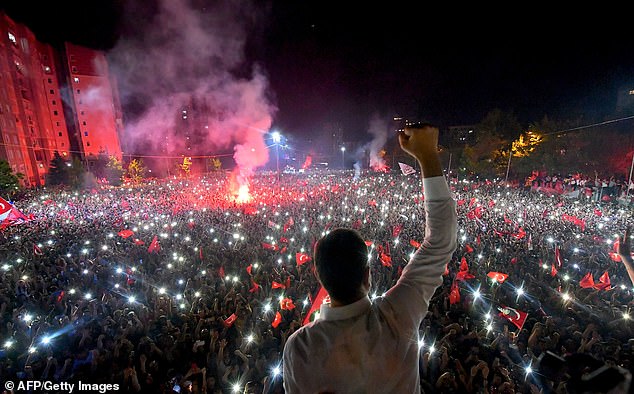 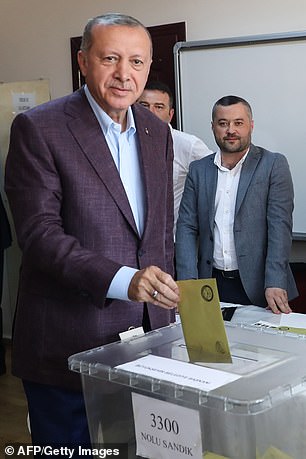 Erdogan and the AKP had complained the March result was fraudulent, but will meet today to talk tactics and potential reforms after losing the symbolic city.

The president attempted to play down the significance of the mayoralty, despite his political career bounding from his victory in the mayoral vote in 1994.

‘The AKP now has two choices. One is, of course, working together with Imamoglu, taking advantage of the fact that (he) has publicly announced that he would like to work together with President Erdogan,’ said Ozgur Unluhisarcikli, Ankara office director of the German Marshall Fund.

The second option, Unluhisarcikli said, could be to undermine Imamoglu. With changes to local administration laws, Erdogan could ‘hollow out the powers of metropolitan mayors’ by transferring some of the mayor’s powers to district mayors or to the capital, Ankara.

Imamoglu has promised to get to work for the city of more than 15 million residents, which is the cultural and commercial heart of Turkey, accounting for nearly a third of its GDP.

The new mayor said he would lift up the quarter of Istanbul’s population that lives in poverty, increase green spaces and end what he has described as the governing party’s ‘squandering’ of public funds.

But he will need the support of district mayors and municipal assembly members to win approval of his projects and budget.

Istanbul is a sprawling city, straddling Europe and Asia, with 39 districts. Each has its own mayor overseeing tasks that fall outside the metropolitan mayor’s duties.

AKP controls 25 of Istanbul’s 39 districts and a majority in the municipal assembly. 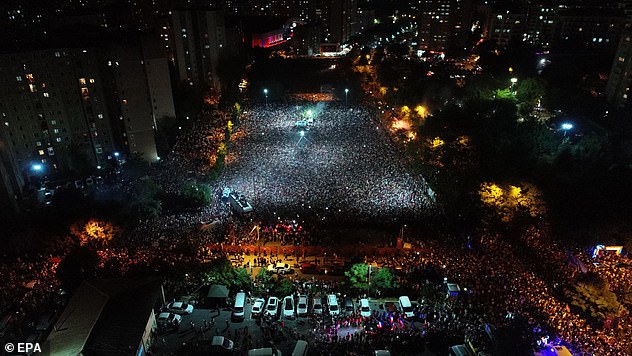 ‘It was not a single group or party, but the whole of Istanbul and Turkey that won this election,’ Imamoglu said in his victory speech as thousands of his ecstatic supporters celebrated across the city of 15million

Erdogan’s party has lost its grasp on Instanbul’s £7billion budget and powers granted in the bestowal of lucrative contracts.

The new mayor alleges these contracts have been used to enrich government officials.

Any crackdown by Erdogan is complicated by economic strain.

Erdogan may be inclined to restore central bank independence and to remove his chancellor son-in-law, seen as a symbol of nepotism, the  suggests. 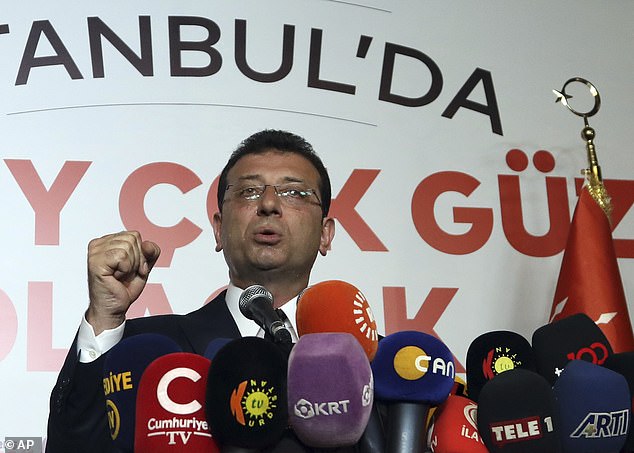 Erdogan congratulated Imamoglu in a tweet but previously said on multiple occasions that a mayor from Turkey’s political opposition would not be able to effectively run Istanbul with AKP controlling so many districts.

The president has also hinted that a judicial process could be launched against Imamoglu for allegedly insulting the governor of northern Ordu province. Imamoglu denies calling the governor a ‘dog.’

The Turkish government has a track record of seizing control of municipalities in the country’s predominantly Kurdish southeast.

After a failed July 2016 coup, the government appointed trustees to replace 95 local elected officials, alleging they had links to an outlawed Kurdish militant group. 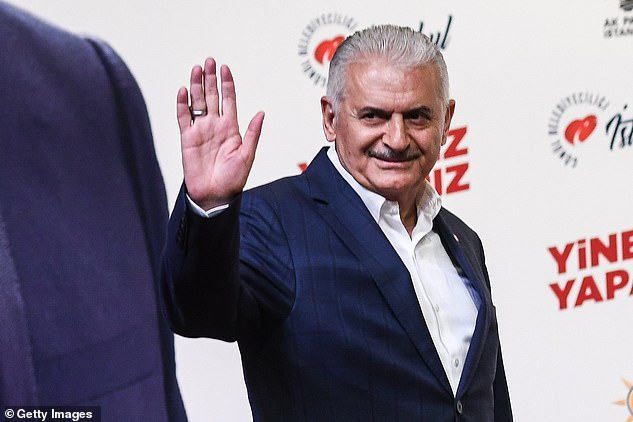 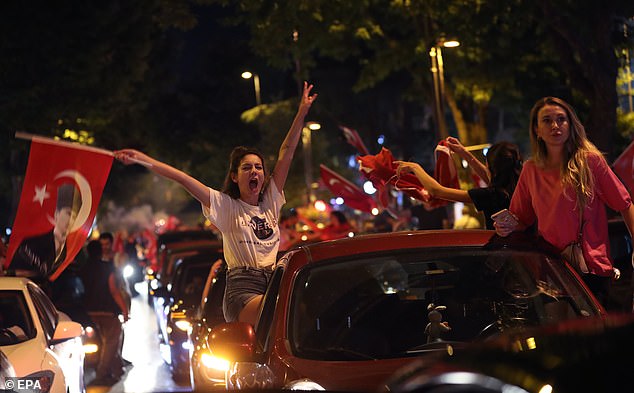 The pro-Kurdish party regained many of those seats in March local elections. But the party says 68 officials were prevented from taking office in six municipalities and assemblies on the grounds they had been dismissed from public service under emergency decrees resulting from the failed coup.

Both former Prime Minister Binali Yildirim, in his concession speech, and Erdogan, in his tweets, said Sunday’s results showed Turkish democracy and the ‘national will’ at work in Istanbul.

In his victory speech to tens of thousands of supporters late Sunday, Imamoglu thanked Yildirim and Erdogan for congratulating him. He expressed hope for cross-party cooperation in Istanbul

‘I am ready and willing to work with you,’ he said.

Rod Stewart and the daughter he gave up for adoption before she spiralled
RSPCA hunt cruel owner who starved a dog to the verge of death
HS2 concerns raised that two-mile Colne Valley viaduct may ‘cause drought'
'Brexit remains a major drag on activity in the housing market': Prices sluggish and queries down
ski instructor is jailed for 10 years after viciously raping a woman and assaulting a man
7.5m Florida residents could be without power as Hurricane Dorian is expected to hit as a Category 4
David Cameron hits out at Guardian editorial on his disabled son Ivan
Actors union Equity brands Laurence Fox a 'disgrace' - then deletes tweets