James Middleton has opened up about his ‘crippling’ and trying to make it in business ‘irrespective’ of his royal connections.

In an interview with Tatler, the ‘s brother revealed that he can be guarded when it comes to his family members, but that he isn’t opposed to attention for the right reasons.

James, 32, who is in a relationship with French financial expert Alizee Thevenet, 29, also spoke about being judged on his various businesses. 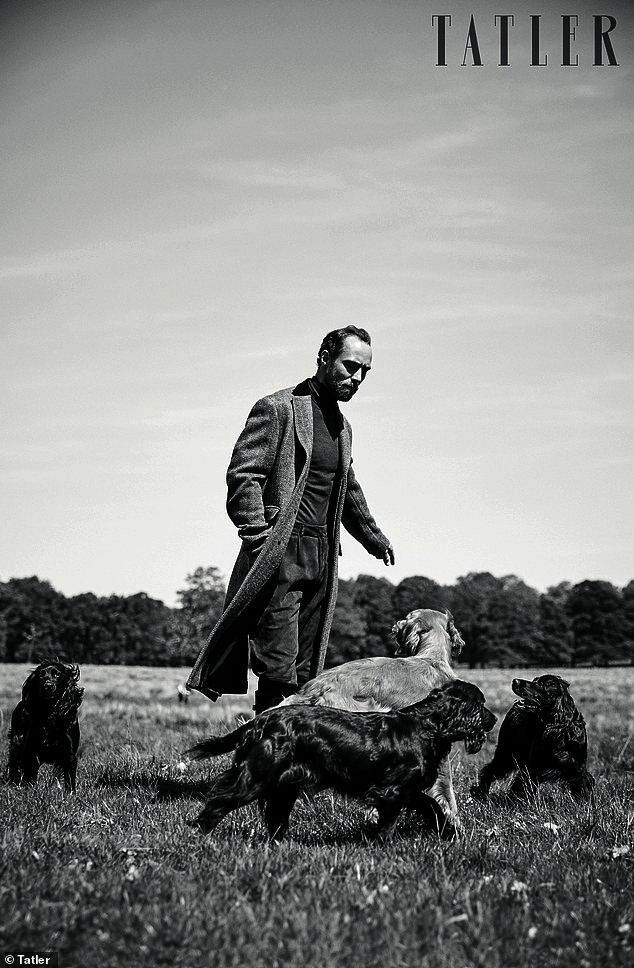 James Middleton, pictured with four of his dogs, has opened up about his ‘crippling’ depression, his businesses and how he ‘feels like himself again’ in an interview with Tatler

As well as a now defunct cake business, James runs marshmallow company Boomf, which suffered a loss of £2.19million in 2016.

He told Tatler that being judged on his businesses put ‘pressure’ on him and that he is trying to make them successful on his own.

He said: ‘Suddenly, and very publicly, I was being judged about whether I was a success or a failure. That does put pressure on you.

‘Because in my mind I’m doing this irrespective of my family and events that have happened.’

However this hasn’t knocked his aspirations and James said that he plans on coming up with ideas ‘for the rest of my life’, adding: ‘Some of them will work, some of them won’t, but that’s me, that’s what I do.’

James also explained to the publication how he started to understand himself better after a doctor handed him a book about Attention Deficit Disorder, a a neurological disorder that causes a range of behavioural problems such as difficulty attending to instruction, focusing on and keeping up with work and social interaction. 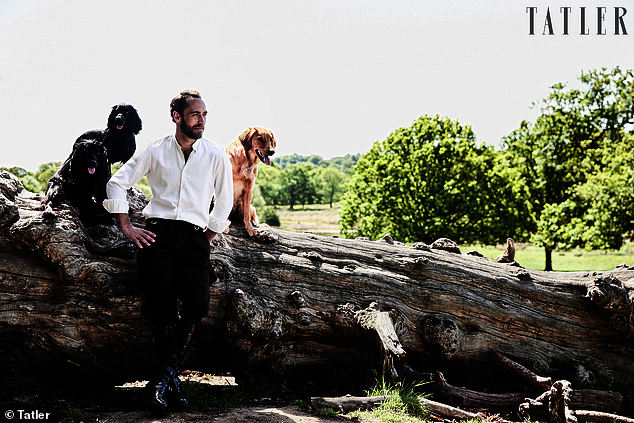 James, pictured, told the magazine that being judged on whether his businesses were a success or a failure put ‘pressure’ on him as he was ‘doing this irrespective of my family’

Kate’s younger brother, pictured at the wedding of Princess Eugenie in Windsor last year, said that he can be guarded when it comes to his royal family members

He recalled how the doctor asked him to highlight all the relevant parts and he ended up highlighting ‘the whole bloody thing’.

James said: ‘It was probably the first book I read cover to cover because it was like reading my own life story.’

Dog lover James opened up about his battle with depression in the interview with the magazine, following on from his January piece in the Daily Mail.

He said: ‘[The depression was] crippling. It’s what keeps you in bed, while anxiety makes you feel guilty for being there. 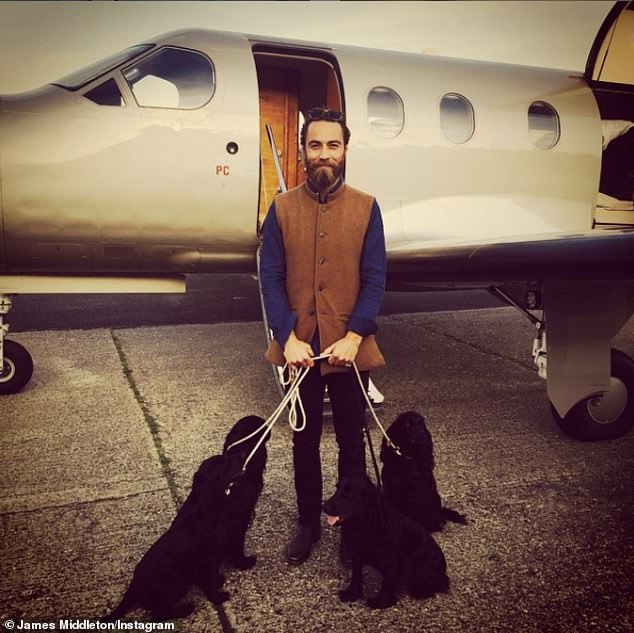 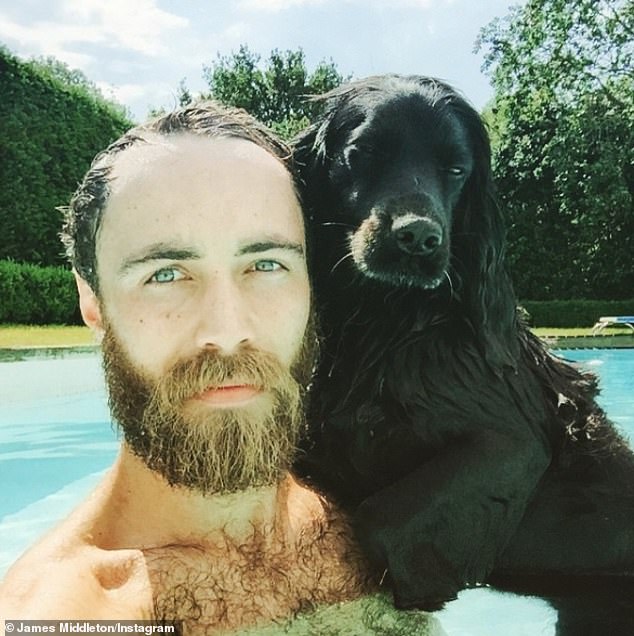 ‘I thought, “What do I have to be depressed about?” I’ve been so lucky with my upbringing, I had all the things I wanted.

‘It’s not that I wanted more, but there was something that wasn’t always there… And the more I ignored it, the more it was taking over.’

In his piece for the Mail, James explained how ‘all colour and emotion had leached out of my world and everything was grey and monotone’ when he was depressed.

He said: ‘I know I’m richly blessed and live a privileged life. But it did not make me immune to depression. 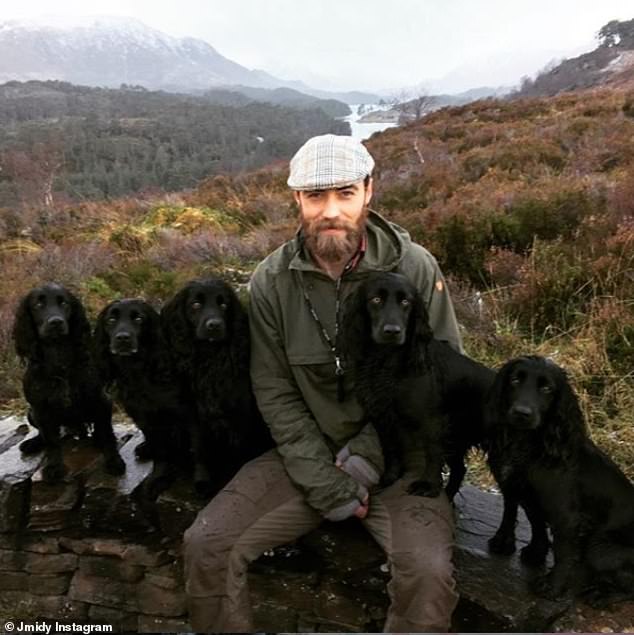 James’ Instagram account reveals he is an avid wildlife lover with a love of outdoor spots, who enjoys frequent hikes with his army of dogs 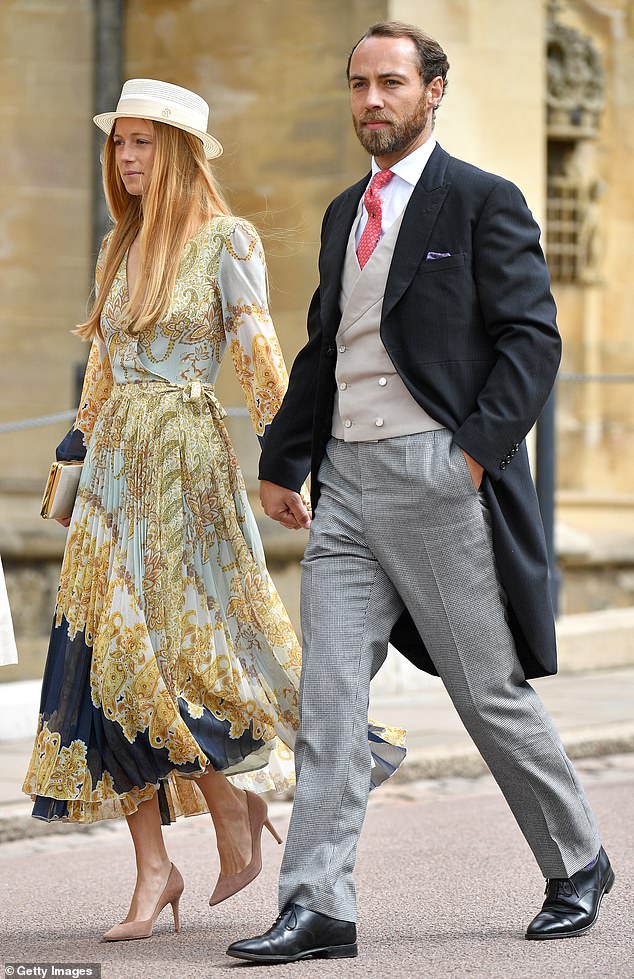 The businessman is dating French financial expert Alizee Thevenet. They are pictured together at Lady Gabriella Windsor and Thomas Kingston’s wedding at St George’s Chapel on May 18

‘It is tricky to describe the condition. It is not merely sadness. It is an illness, a cancer of the mind.’

The businessman also spoke about his connection with Glen Affric Lodge near Loch Ness, which is owned by his sister Pippa’s father-in-law David Matthews.

James clarified that he doesn’t work there as a hotel tour guide but did confirm that he has been a host at the Scottish hotel. 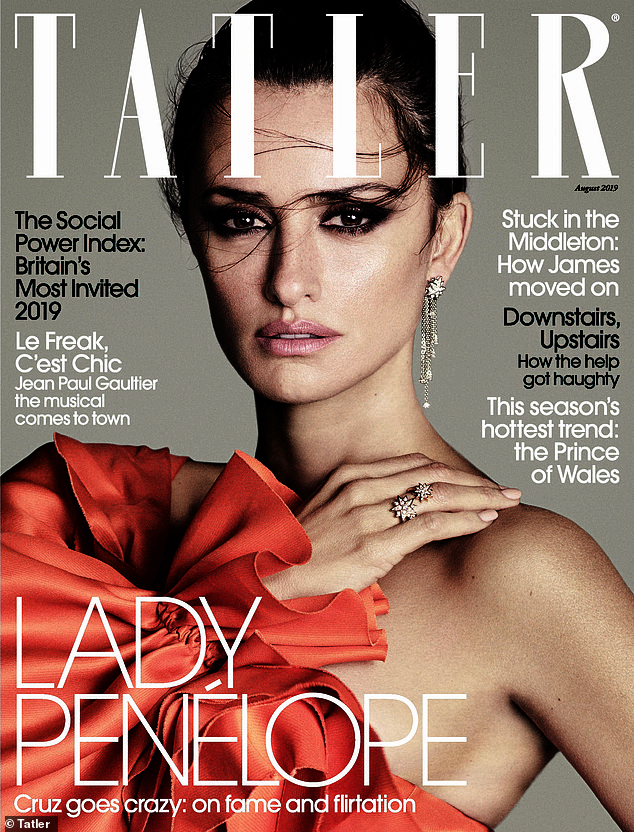 James’ full interview can be seen in the August issue of TATLER, available on newsstands and digital download on Thursday 27 June 2019

James said: ‘I don’t work as a hotel tour guide. I was a host and I still do host the odd weekend, because I like being there.

‘But I don’t stand around with a little flag pointing out where William Wallace was last seen.’

Although battling with his mental health, James said that he is now ‘happy’ and feeling positive about life.

He said: ‘I am happy. I feel like James Middleton again. I feel like I was when I was 13, excited about life. I feel like myself again and I couldn’t ask for more.’

The full interview can be seen in the August issue of TATLER, available on newsstands and digital download on Thursday 27th June 2019. www.tatler.com