She’s the stunning actress who became the second transgender woman ever to appear on Australian television when she starred in Wentworth in 2017.

And this week, Daniielle Alexis spoke candidly about the difficult journey she had coming out to her dates as a transgender woman.

The 33-year-old revealed on the  podcast that while she was able to tell a few close friends about her prior gender identity, she balked at revealing it to others – especially to straight men she started dating. 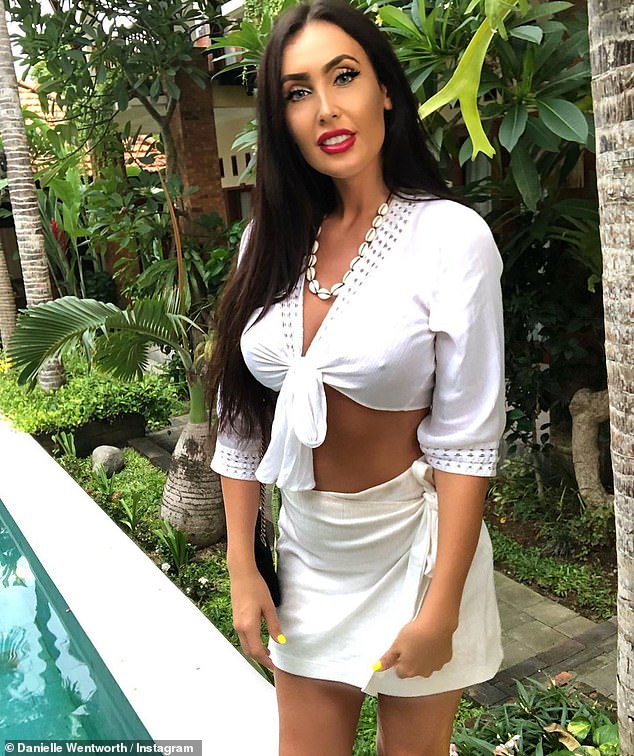 Brave: Wentworth actress Daniielle Alexis opened up about her struggle to come out publicly as transgender

Daniielle transitioned at the young age of 19, but it wasn’t until many years later than she publicly came out to the entire world.

‘A lot of my cisgender girlfriends were like, “Oh, babe, don’t tell anyone that you’re trans. You’ve transitioned for a reason, don’t go and tell people you’re trans. They’re just going to judge you. Just stay in the closet, just be a girl”,’ Daniielle said.

The concealment of her true identity inevitably led to confrontations with men, particularly as Danielle looked so ‘passable’ as a ‘biological’ woman that some men didn’t actually believe she was truly transgender. 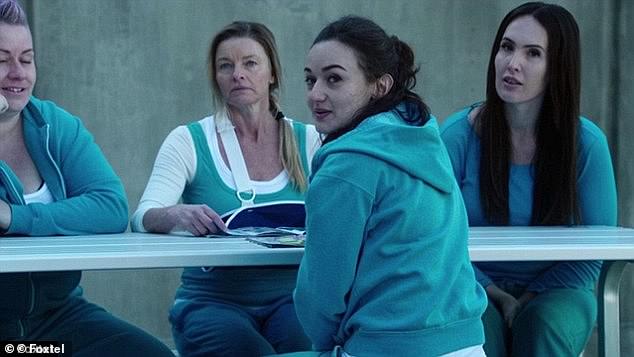 Career-changing: Danielle (far right) became the second transgender woman ever to appear on Australian television when she starred in Wentworth in 2017

‘I remember two dates that I went on,’ said Daniielle. ‘One guy was like, “Are you joking? You could just reject me like a normal person if you’re not f***ing interested!”

The next man she told didn’t even know what ‘transgender’ meant.

Daniielle said: ‘And then the other guy was like, “What’s trans? What does that even mean?” 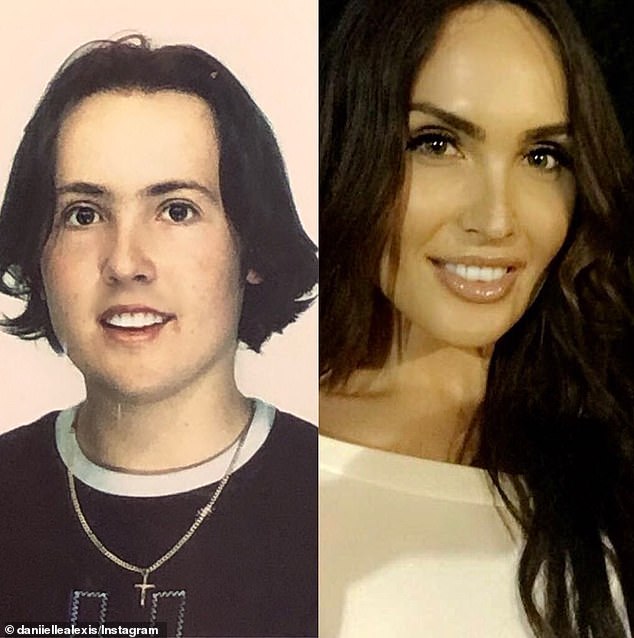 Looking back: Earlier this year, Danielle shared a throwback photo from her childhood while reflecting on how she still finds it difficult to look at old photos

‘I tried to drop a few hints and he was like, “Err [hesitating before then realising what Daniielle meant]”, and I was, “Oh, God, here we go!”‘

Since making her name on TV, Danielle has pursued a career in both acting and modelling, regularly posing for her almost 48,000 followers on social media. 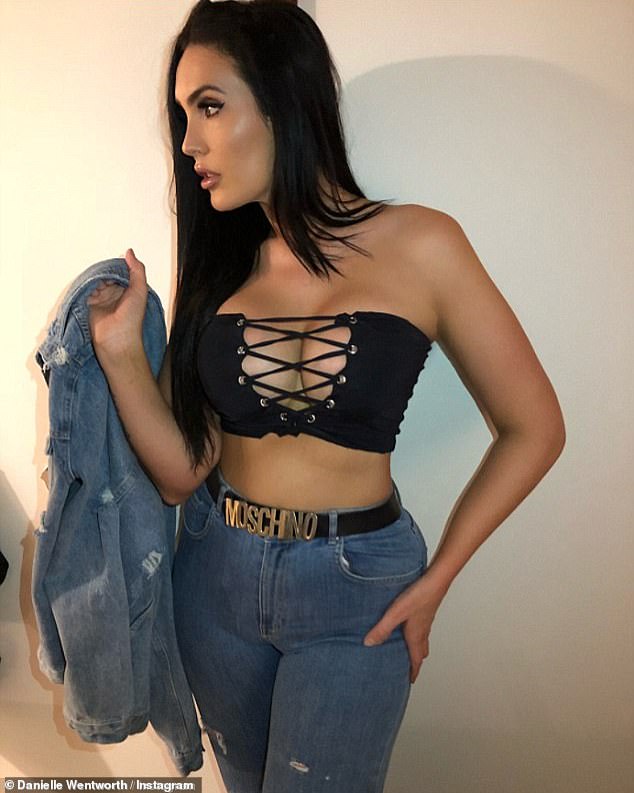 Struggles: Daniielle finds it difficult to look back on her youth because she was either being bullied for who she was or hiding who she used to be