Piers Morgan almost came to blows with Australian comedian Adam Hills on  on Wednesday during a confrontation about their Twitter feud.

The outspoken English journalist, 54, asked The Last Leg presenter, 48, to apologise for accusing him of ‘saying anything for ratings’ last year.

But Adam wasn’t willing to say sorry and defended his original point, prompting Piers to suggest the two men should ‘have a fight’ to settle their differences. 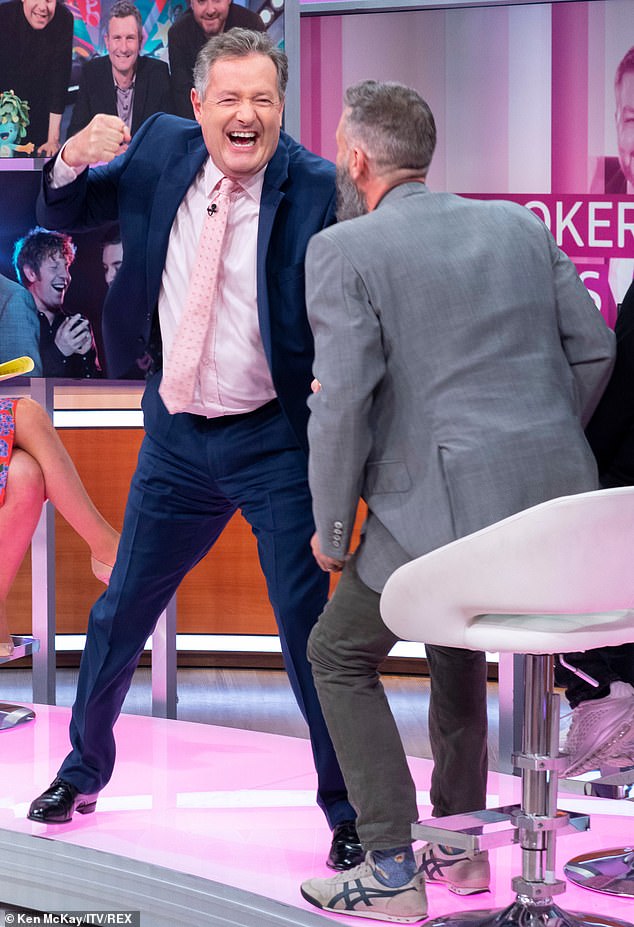 Piers and Adam’s rivalry dates back to October 2018, when the funnyman accused the breakfast TV host of simply spouting controversial views for ‘ratings’.

The former America’s Got Talent had made fun of Daniel Craig by sharing a paparazzi photo to Twitter of the James Bond actor carrying his baby in a papoose.

He wrote alongside the image: ‘007.. not you as well?! #papoose #EmasculatedBond.’

At the time Adam tweeted in response: ‘Oh f**k off Piers you mercenary. You’ll honestly say anything for ratings/cash/views.’ 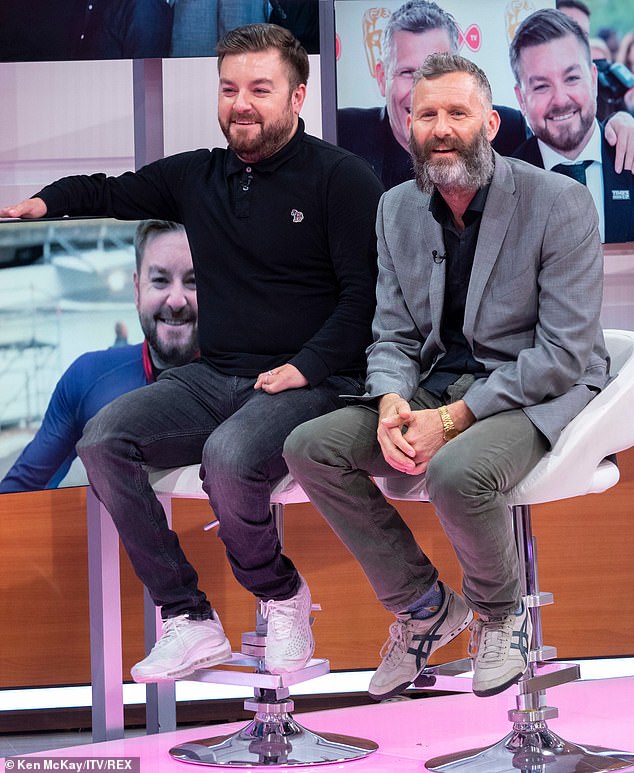 He said what?! Adam (right) looked visibly shocked when Piers said he expected an apology over their 2018 Twitter stoush. Pictured with his Last Leg co-host Alex Brooker (left)

‘Here’s you chance to show a little humility and regret the tone [you expressed]. I always thought we got on well,’ he said.

Piers said Adam was ‘one of [his] comedic heroes’ before their fall-out, adding that he could at least try to make amends by saying ‘something like, “Sorry Piers, I didn’t mean to be quite so rude”.’

But Adam doubled down on his earlier criticism, saying that it was wrong for Piers to make fun of Daniel Craig for simply caring for his child.

He then accused the controversial TV star of making divisive remarks for attention.

Adam said: ‘I know you, Piers. Most of this is an act. There’s one of two things going on. Either you are a terribly odious, horrible human being who believes everything you say on TV.

‘Or you’re pretending to be a terrible, odious, horrible human being in order to be paid!’

Piers insisted that he’s not pretending to hold views he doesn’t, adding that many people watching GMB at home agree with him.

As they wrapped up the interview, Piers laughed while getting up from his seat and jokingly told viewers: ‘We are now going to have a fight.

‘Let’s go to Lorraine Kelly [the talk show that airs after GMB on British TV channel ITV] while I beat the crap out of Adam Hills!’