Four men who international investigators believe are responsible for shooting down MH17 have been named and charged with murder.

The men are Russians Igor Girkin, Sergey Dubinsky and Oleg Pulatov, and Ukrainian Leonid Kharchenko, all of whom were fighting for Moscow-backed separatists in eastern Ukraine when the jet was shot down over the territory in 2014.

Girkin is a former FSB agent who has fought in a number of Russian proxy-conflicts, Dubinsky is another Russian ex-intelligence officer, Pulatov is a former lieutenant colonel in the Russian army, while Kharchenko was the commander of a Ukrainian separatist battalion.

Elsewhere, open-source intelligence site Bellingcat published its own research into exactly what role each of the men played in the downing of the aircraft, with Girkin at the top of a chain of command linking them all together.

Wilbert Paulissen, national Police chief of the Netherlands, announces murder charges against three Russians and one Ukrainian over the shoot-down of MH17

Igor Girkin (left) and Sergey Dubinsky (right), both Russian ex-intelligence officers, were named by international investigators as two of the men responsible for shooting down MH17 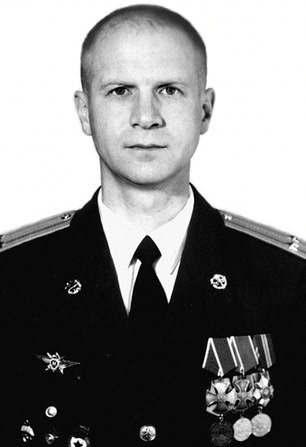 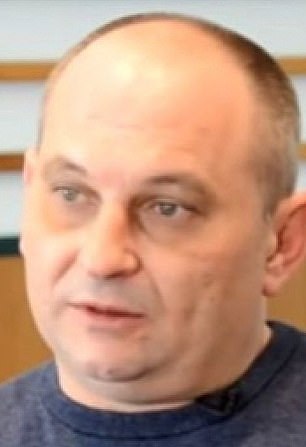 Oleg Pulatov, a Russian ex-army officer, and Leonid Kharchenko, the Ukrainian commander of separatist rebels in the country’s east, have also been identified

According to Bellingcat, Girkin helped to move the BUK missile launcher which shot down the jet from Ukraine back to Russia after MH17 came down.

Because he was commanding most of the other separatists linked to the missile, it is also highly likely he was aware of the weapon system being requested and transported into the country as well, the site says.

It was Dubinsky who requested that a battle-ready BUK launcher be sent to his help his forces in the southern city of Snizhne, according to intercepted phone calls analysed by Bellingcat.

Once the missile had been fired, Dubinsky was also involved in the removal of the Buk back to Russia.

His group – which included Pulatov and Karchenko – may also have played a key role in the decision to shoot down MH17, thinking it was an enemy aircraft.

Pulatov and Karchenko also provided security for the BUK system at its launch site.

National Police chief of the Netherlands Wilbert Paulissen identified the men on Wednesday based on research from the Dutch-led Joint Investigation Team.

A trial for the men will begin in March 2020, Paulissen added. They are expected to be tried in absentia. 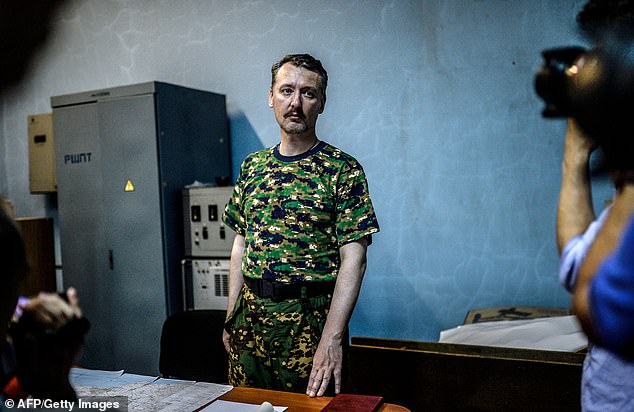 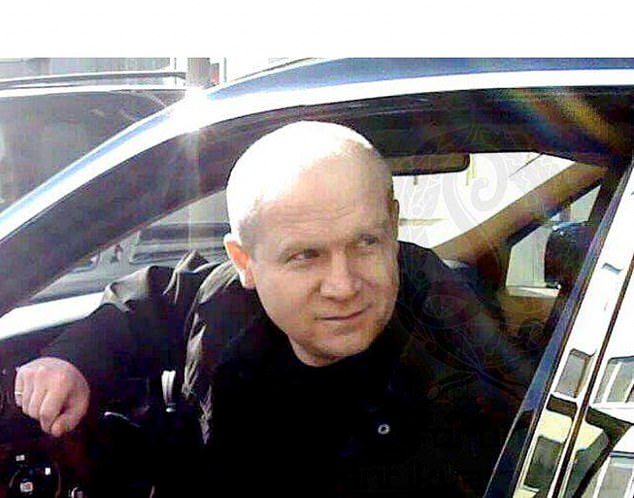 Pulatov (pictured) and Karchenko are thought to have been members of the unit which ultimately shot down the jet, after Dubinsky requested the weapon system from Russia 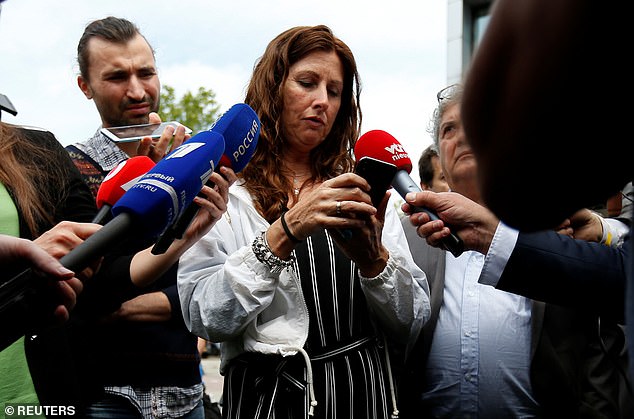 Silene Fredriksz, mother of one of the MH17 victims, speaks to reporters outside the press conference in Nieuwegein, having earlier been briefed on the findings 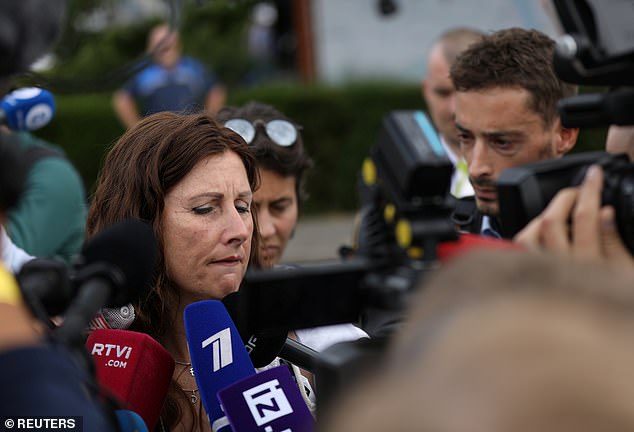 Ms Fredriksz, whose 23-year-old son Bryce and his girlfriend Daisy were going on a dream holiday when they were killed in the disaster, became emotional as she spoke

Families of the victims – 196 of whom were Dutch – became emotional as they spoke to journalists outside the press conference Nieuwegein about the findings. They had earlier been briefed by investigators.

Silene Fredriksz-Hoogzand, whose son Bryce and his girlfriend Daisy Oehlers were among the dead, expressed relief that five years after the plane was blown out of the sky, someone was being held accountable.

The development comes a year after the same team concluded that the missile which shot down the plane came from a Russian military brigade based in Kursk.

MH17 was shot out of the sky in 2014 over territory held by Russian-backed separatists in eastern Ukraine as it flew from Amsterdam to the Malaysian capital Kuala Lumpur.

Of those killed, 196 were Dutch and another 38 were Australian. Passengers from Belgium, Malaysia, and Ukraine were also killed.

Once the names and charges have been announced, the next step would be to attempt to put the accused on trial.

Russia is not expected to surrender any potential suspects who may be on its territory and authorities have said individuals could be tried in absentia.

The Joint Investigation Team, which seeks to try the suspects under Dutch law, has said the missile system came from the Russian 53rd Anti-Aircraft Brigade, based in the western Russian city of Kursk.

All four men named Wednesday were fighting for Moscow-backed separatists in eastern Ukraine when MH17 was shot down, investigators say, despite Russia insisting the missile was fired by Ukrainian forces (pictured, a pro-Russia separatist near a part of the plane) 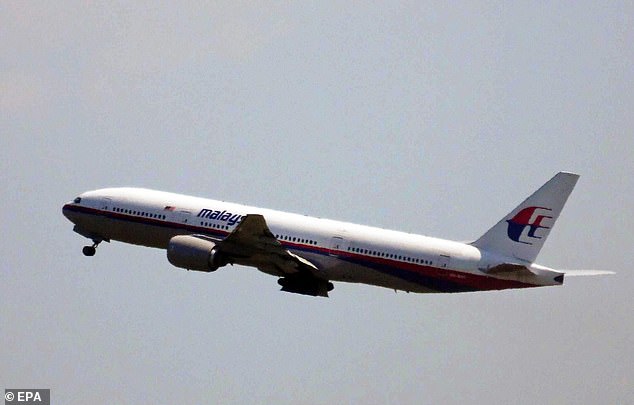 Russia has insisted that the missile was fired by Kiev’s forces, and that the weapon was sent to Ukraine by the Soviets and was never returned to Russia.

Dutch officials have said they would looking into the allegations, but noted that previous information given by Moscow has been proved incorrect and that generally speaking Russia has been uncooperative with the investigation.

The Joint Investigation Team was formed in 2014 by Australia, Belgium, Malaysia, the Netherlands and Ukraine to investigate collaboratively.

Moscow denies all involvement and maintains that it does not support, financially or with equipment, pro-Russian rebels fighting Ukrainian government troops.

Britain's oldest police officer, 74, chases down a suspect and arrests him
Pakistan gang-rape victim ‘is raped by policeman’ after going to station to give details of crime
Landmark UN plastic waste pact gets approved but not by US
Tory leadership hopefuls line up to promise Brexit NOW as party faces wipe out by Farage
Boris really DOES love to draw buses: Picture of Johnson's 'art' emerges
Chilling letter written by Bonnie and Clyde and a shotgun snapped up in $185,000 auction
Fears of spread of mystery virus behind killer outbreak in China
Britain in talks with China over giving Beijing's state-owned railway builder a role in building HS2