A rambunctious tyke was kicked out of his kindergarten graduation after he unleashed a foul-mouth tirade at his teacher.

A parent captured the unlikely outburst while filming the ceremony at a school in the US.

Pomp and Circumstance plays as children file in and take their seats before a teacher welcomes everyone in attendance, only to be interrupted by one of her pupils.

A little boy in a bright orange shirt sitting in the middle of 10 or so of his classmates replies to her greeting by saying: ‘Shut the f*** up!’ 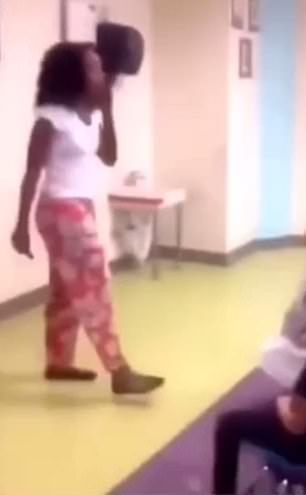 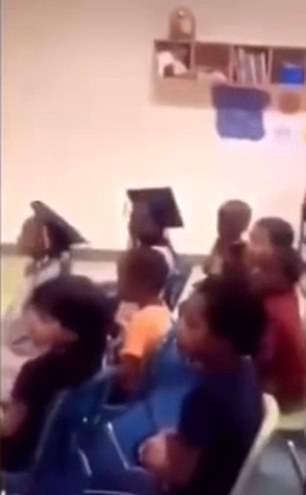 A troublemaker tyke (right in orange) was kicked out of his kindergarten graduation after he shouted: ‘Shut the f*** up!’ at his teacher as she began the ceremony at a school in the US

Shock ripples through the room as a parent says: ‘Hey, hey, that’s not nice.’

Another adds: ‘No thank you.’

Attempting to regain control of the room, the teacher says: ‘Do you need to leave?’

Without hesitation the troublemaker replies: ‘No, b****!’

Parents behind the camera can be heard saying: ‘Oh my god…’ as the teacher says: ‘Yeah he’s out’ and goes to remove him. 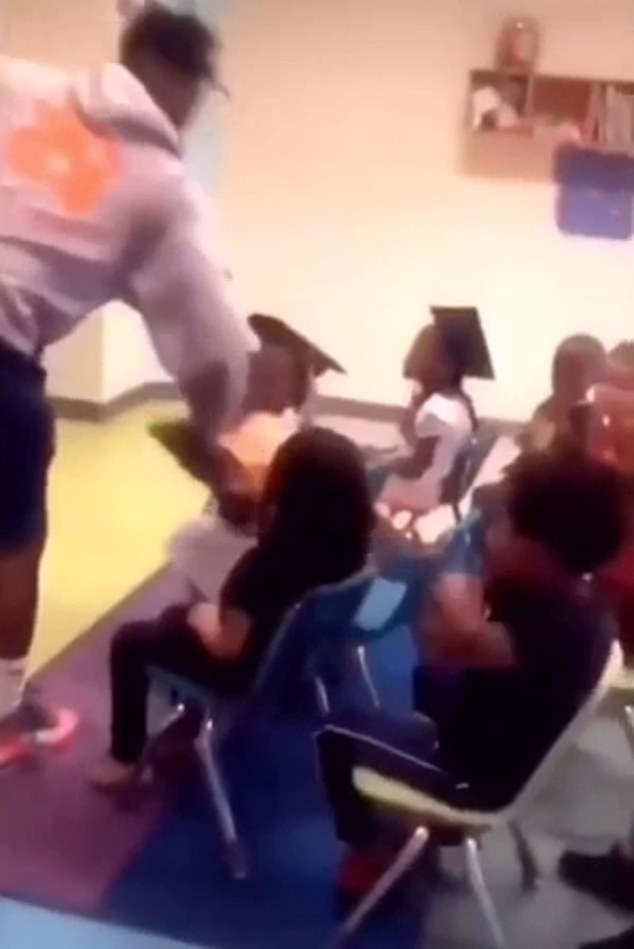 The teacher asked the student who made the outburst if he needed to be removed from the classroom, to which he responded: ‘No b****!’ An adult then stepped him to pull him outside

Broke barman reveals how an ATM hack let him withdraw £1MILLION
Skiers rejoice as Whistler breaks snowfall record for one of their best ski seasons ever
NYPD detective shot dead and sergeant injured in shootout with armed robber at Queens T-Mobile store
Steve Bannon says there is NO Democrat capable of beating Trump in 2020
President Trump denies E. Jean Carroll rape allegation, say's 'she's not my type
Christian minister who married Ilhan Omar to her 'brother' refuses to shed light on marriage
Pregnant women who take paracetamol risk a child with behavioral problems
Auschwitz prisoners and lovers who entertained Nazi guards in the death camp reunited after 72-years