fans have claimed that newbie Tom Walker is still dating his long-distance girlfriend of seven years due to a mass of images on his Instagram page.

The 29-year-old model, who caused shockwaves when he arrived in the villa on Sunday night, was subject to suspicion from viewers after his Instagram page showed cosy snaps with his stunning companion dating as early as December.

In captions on the backdated shots, Tom gushed over US-based Chloe Raynor and revealed they had been dating for a whopping seven years, leading to suspicion from fans, yet a Love Island representative confirmed the hunk is single. 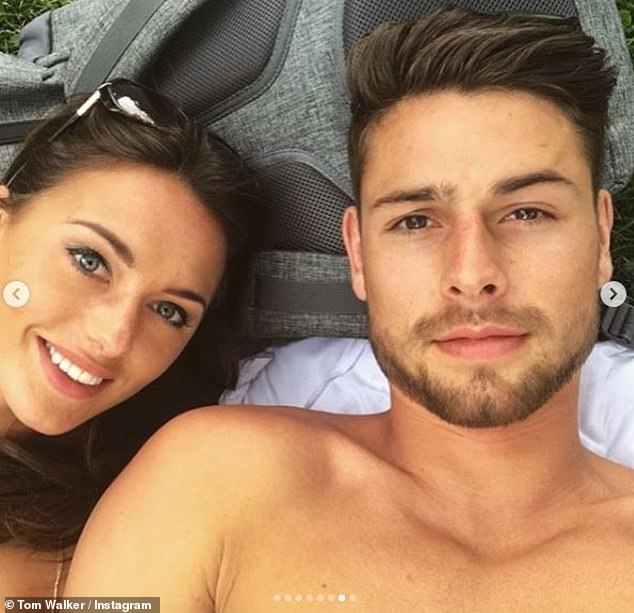 Way back when: Love Island fans have claimed that newbie Tom Walker is still dating his long-distance girlfriend due to a mass of images on Instagram (pictured in June 2018)

Love Island was thrown into disarray upon the arrival of Tom and fellow new boy Jordan Hames, with Tom setting his sights on both Maura and Elma.

While he has been causing stirs among the ladies of the villa, his Instagram account has also set tongues wagging on the outside world due to the vast array of pictures taken with his stunning long-term girlfriend.

Their most recent snap was a cosy shot shared in December as the stunning duo cosied up while he wished his followers a happy Christmas.

Pictured in September 2018 in Ohio, he took to the caption to pen: ‘Sad day leaving this one today. Heading back home. It’s been an amazing month, thanks for having me @chloeraynerxx you’re a little beauty and I can’t wait until next time!’ 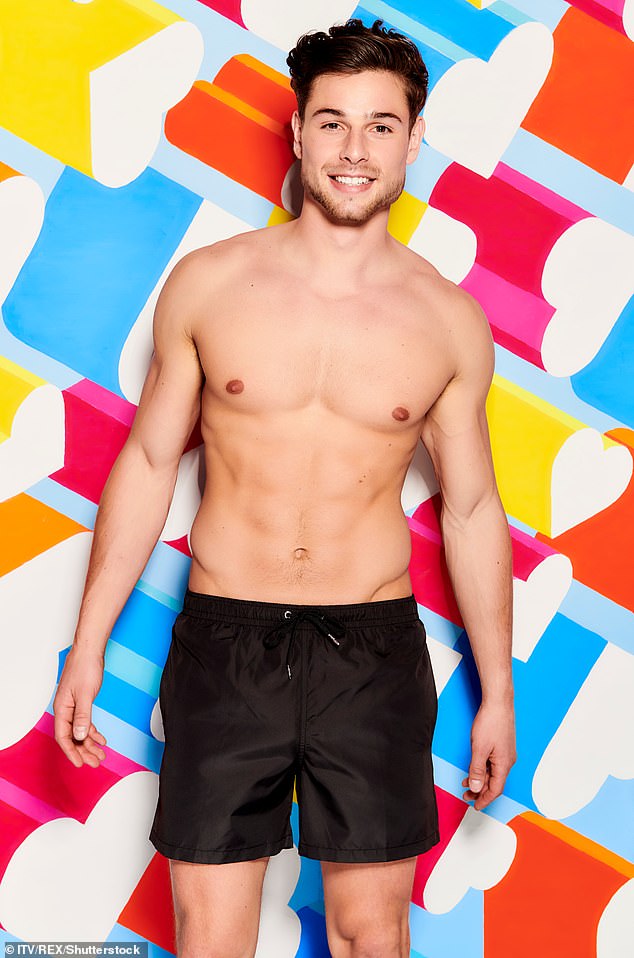 Hunky: The 29-year-old model, who caused shockwaves when he arrived in the villa on Sunday night, was subject to suspicion from viewers after his Instagram page showed cosy snaps 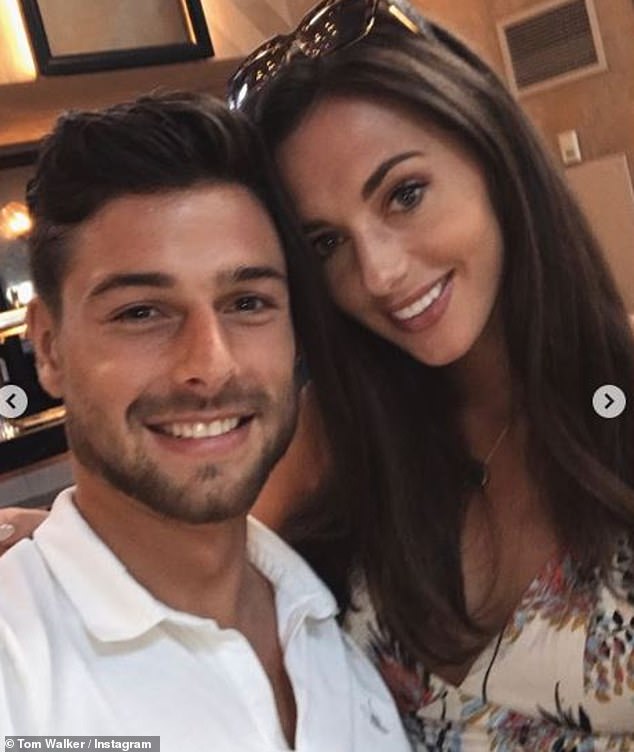 Under said picture, eagle-eyed fans penned: ‘they were together for 7 years… She’s prettier than all the girls in the villa. Why leave her for fame…

‘loool new boy had a girl for a whole 7 years… Why are you on here for fame?… Look at him. barely has 24k followers. It’s so obvious he’s gone on there for the publicity probably doesn’t even want to win just to be on telly for an hour for a few days x…

‘Interesting… bet they haven’t broke up… So who tf is that?! Isn’t he like supposed to be single to be in love island, this boy just wants the publicity.’

In June last year, he shared a gushing post in which he honoured Chloe, writing: ‘Happy Birthday. to this absolute dreamboat! Sorry I can’t be there to celebrate with you. Over the past 7 years I’ve seen her go from an 8 into a solid 10… 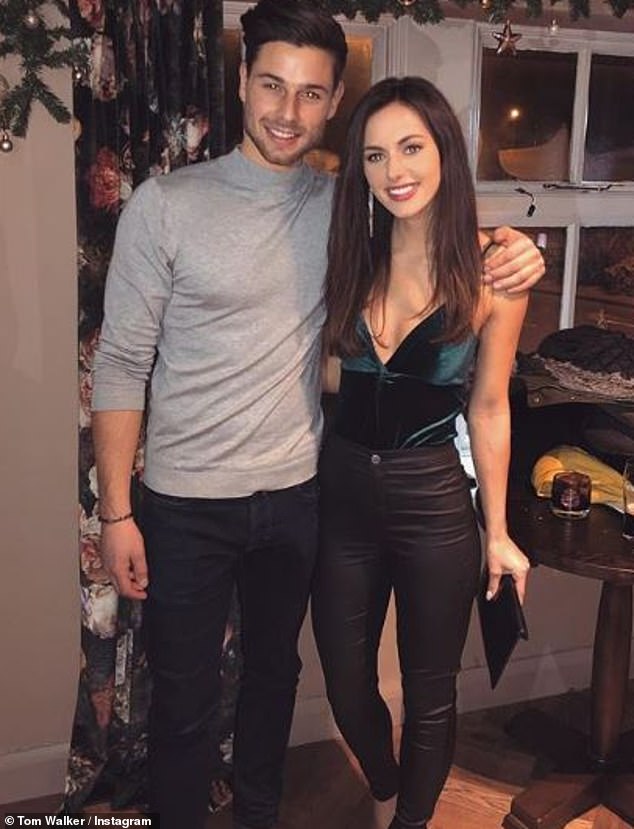 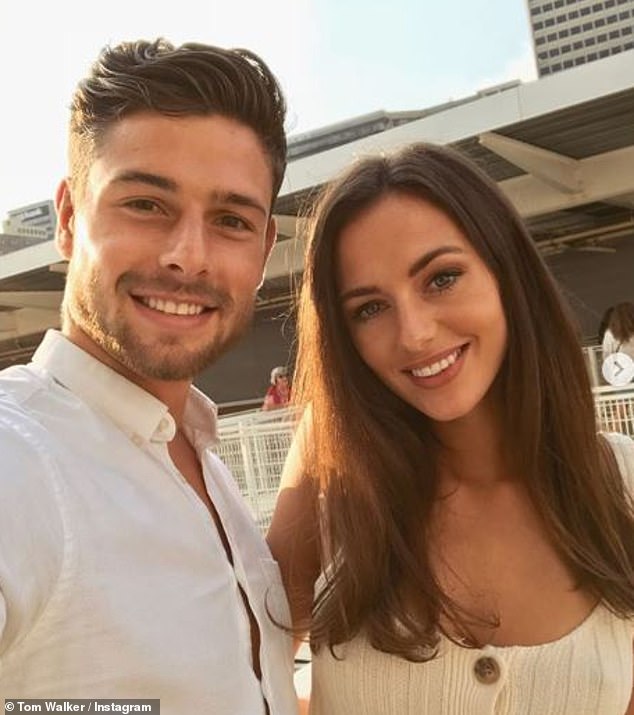 Wow! Fans were astounded by his ex-girlfriend’s stunning good looks (pictured in September) 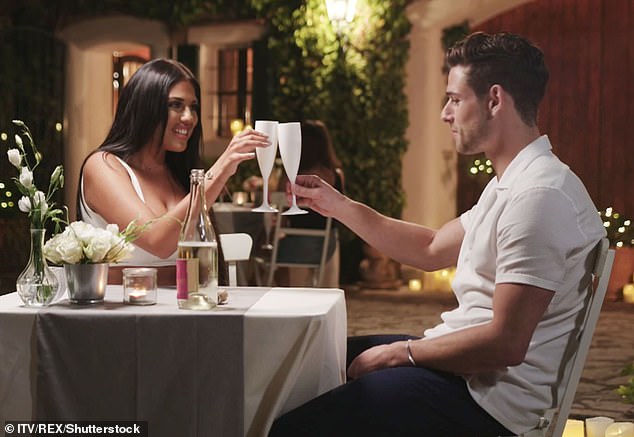 That was then; Love Island applications are still open, meaning her could have applied to be on the show anytime since their last picture together in December (pictured on Sunday with co-star Anna)

I Saw It First sheer trousers

The Love Island villa is full of as much style as it is drama! And while we’ve been enjoying immersing ourselves in the romantic antics, we’d be lying if we said that we hadn’t made a few purchases as a result of the islanders…

The latest item heading straight to the top of our wishlist comes in the form of these lace trousers, as seen on Anna Vakili. From the flared leg to the mesh fabric and delicate lace detailing, these trousers are the perfect addition to your wardrobe if you’re heading off on holiday.

Want to make them yours? These lacy trousers are usually £45 but are currently available to bag for half that price; simply click the link to your right to add them to your virtual basket.

Alternatively, peruse our carousel below for similar picks from the likes of Moves by Minimum, Quiz, Boohoo and Pink Boutique.

‘jokes, you’ve always been an 11 . I can’t think of anyone I’d rather have spent the last 7 years with. Thanks so much for putting up with me and for sharing so many amazing memories. You’re beautiful inside and out. I can’t wait to see you, squash this distance and actually be together! Love you’.

Fans again jumped on the shot, as users wrote: ‘Aren’t you in love island? hmmmmm… This girl has nothing on the love island girls omg she’s gorgeous.’

Love Island applications are still open, meaning her could have applied to be on the show anytime since their last picture together in December.

A representative for Love Island confirmed Tom is single.

Uma Thurman cuts a chic figure as she attends Cradle of Champions premiere in London
Rita Ora cuts a stylish figure as she puts on a VERY energetic performance in Paris
Strictly Come Dancing fans are left disappointed after meet and greet is CANCELLED
Gemma Collins parades her jaw-dropping curves in a stylish white swimsuit
Alessandra Ambrosio flaunts her toned supermodel frame in tiny scarlet bikini
Jacqueline Jossa sets pulses racing as she joins Helen Flanagan for night out
Louise Thompson joins Vanessa White and Kirsty Gallacher at The O2 to watch the Rugby World Cup
Mankind's treatment of orang-utans was shameful in Seven Worlds, One Planet - by Jim Shelley