A five-year-old boy from South Wales has drowned in a hotel swimming pool on the Greek island of Kos.

Theo Treharne-Jones from Merthyr Tydfil, is believed to have been on holiday with his siblings and extended family in a group of ten when he drowned in the pool of the holiday resort in Marmari.

Greek media reported that the tragedy occurred on Saturday morning when the parents of the boy discovered him unconscious in the pool.

The family are believed to have been staying at the Atlantica Holiday Village resort in the popular Marmari area. 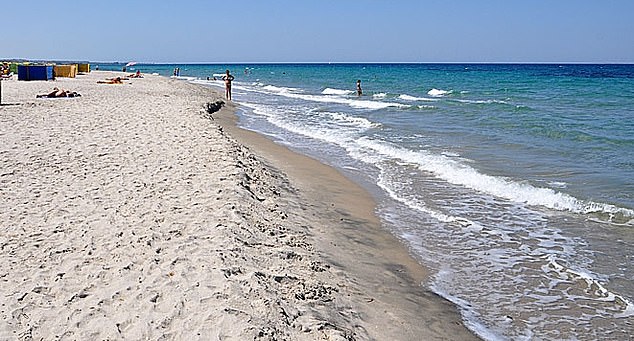 The Marmari resort on the Greek Aegean Island of Kos, where a five-year-old UK boy reportedly drowned on Saturday

ANT1 TV reported on Sunday that the boy’s parents found him and pulled his unconscious body from the pool.

Paramedics and doctors at the local hospital tried in vain to resuscitate the boy, but he reportedly died before the ambulance arrived.

His parents are then believed to have been arrested on suspicion of manslaughter and endangering a minor – but were released shortly after in what is described as usual proceedings by the Greek police.

Police on the island of Kos told : ‘It is common for next of kin to be arrested in such circumstances but as is always the case, they were not held in police custody and were immediately freed.’

Kos lies in the Dodecanese islands in the Aegean Sea, just miles from the coast of Turkey.

A spokesman for the Foreign Office said: ‘We are supporting the family of a British child who died in Kos, Greece, and our staff are in touch with the local authorities.’

Reports suggest the family were on a Tui holiday to the Atlantica Holiday Village resort – where many of the rooms have balconies leading to the poolside.

Barron's back! Trump's youngest child spotted for first time since AUGUST as he heads to Mar-a-Lago
Theresa May leaves EU leaders in 'disbelief' as she fails to make any new Brexit demands
One person dies and 25 are injured with terrified passengers left trapped in double-decker bus crash
Blow for Turkey's power-hungry President Erdogan as his party loses Istanbul mayoral election AGAIN
Boris Johnson and Carrie Symonds will 'move into spacious four-bed flat above No 11'
Hull mother outraged that daughter seven school place was revoked hours before she was due to start
Ryanair accused of avoiding multi-million pound refund bill with plans to put on 1,000 daily flights
Removing soft toys from classrooms is too 'extreme', government expert warns