All new teachers will be trained in how to spot signs that their pupils have mental health issues, said last night.

She pledged that schools, social workers, town halls and healthcare services will receive extra support to make sure people know how to promote good mental health in the same way they look after physical wellbeing.

Efforts will be targeted on schools, amid growing concerns over the harmful effects of smartphones and the rising tide of self-harm.

In addition, staff will be encouraged to undertake suicide prevention training. 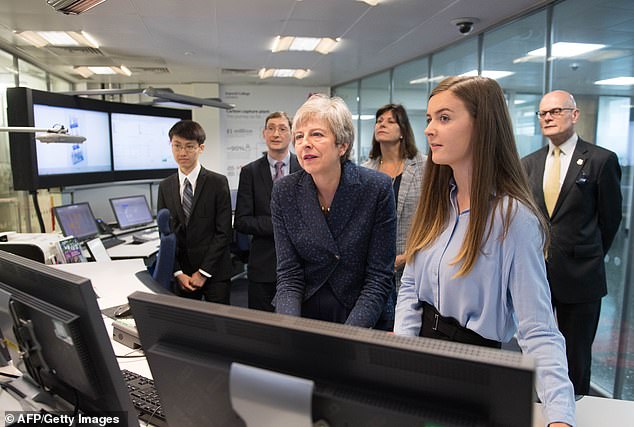 Theresa May has pledged to focus more funding on schools. Pictured during a visit to Imperial College in London

The toll of loneliness

Nearly half of Britons socialise with family and friends only once a month or less, according to a survey.

And the lack of human interaction is causing the nation’s sense of wellbeing to dwindle, the researchers said.

They asked 8,000 people about everything from their sex lives, quality of sleep, finances, relationships and jobs, finding an average ‘wellbeing score’ of 60.4 out of 100.

The figure is 0.38 points lower than last year, which the Sainsbury’s-commissioned report found was equivalent to a wellbeing decline associated with a £260 fall in the average monthly income.

And from 2020, parents will also get access through the campaign to targeted advice on how to deal with issues such as stress, self-harm and online bullying.

Mrs May sees tackling Britain’s disregard of mental health as a key aspect of her legacy as she prepares to leave Downing Street.

She said: ‘Too many of us have seen first-hand the devastating consequences of mental illness, which is why tackling this burning injustice has always been a personal priority for me.

‘But we should never accept a rise in mental health problems as inevitable. It’s time to rethink how we tackle this issue, which is why I believe the next great revolution in mental health should be in prevention. The measures we’ve launched today will make sure at every stage of life, for people of all backgrounds, preventing mental illness gets the urgent attention it deserves.’ 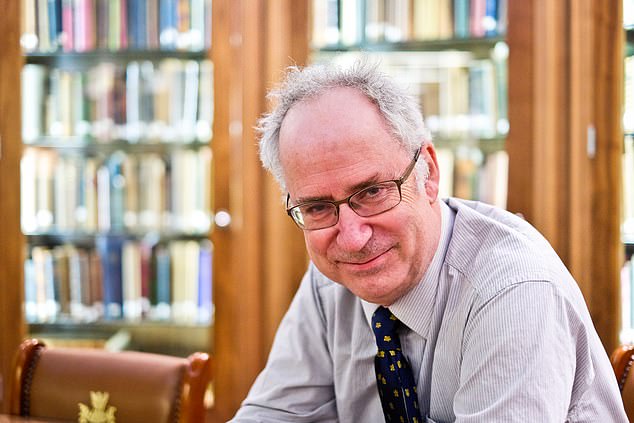 Professor Sir Simon Wessely, chairman of an independent review of the Mental Health Act, said: ‘Theresa May deserves credit for drawing attention to those with the most severe mental illnesses yet who are the most overlooked’

All new teachers will receive training on how to spot the signs of mental health issues, backed up by updated guidance to make clear schools’ responsibilities to protect children’s mental wellbeing.

Professor Sir Simon Wessely, chairman of an independent review of the Mental Health Act, said: ‘Theresa May deserves credit for drawing attention to those with the most severe mental illnesses yet who are the most overlooked.

‘The recommendations of the review of mental health legislation that she commissioned have been warmly welcomed from all sides but now need to be acted on.’