Prince Philip allegedly told Harry that ‘One steps out with actresses, one doesn’t marry them’, as he was warned against tying the knot with .

Philip, 98, is thought to have made the comments when it became clear the couple were becoming serious.

It is also understood that Harry’s brother William may have given his own piece of relationship advice.

As reported by The Sunday Times, he is said to have asked Harry ‘Are you sure?’, in reference to Meghan, shortly before the proposed in 2017 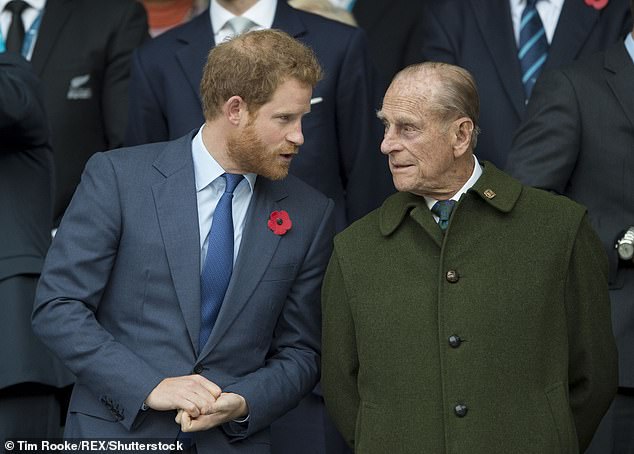 Despite the supposed advice Harry received from his grandfather (pictured) and his brother, he went ahead and proposed to Meghan 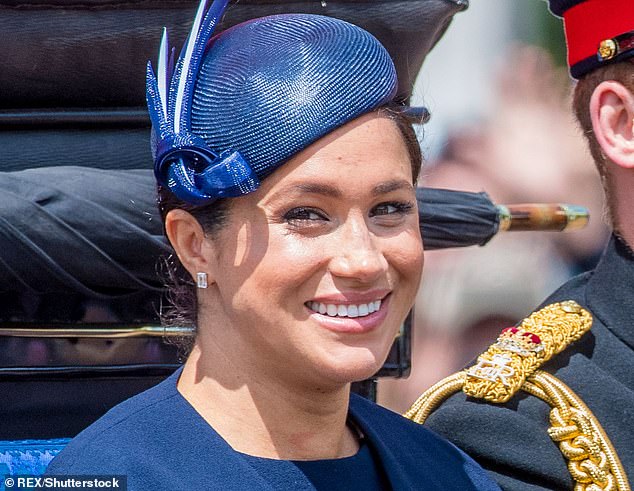 Despite the supposed advice Harry received from his grandfather and his brother, he went ahead and proposed to Meghan.

The loved-up couple were married in a lavish ceremony in May last year.

It comes as Prince Harry and Meghan posted today an adorable photograph of Archie in a touching tribute for Father’s Day.

In the sepia-toned image shared on the Sussex Royal Instagram account, six-week-old Archie can be seen cutely clutching the Duke of Sussex’s finger. The Prince’s wedding band is also clearly visible.

Alongside the snap, which has so far been liked 451,483, the caption reads: ‘Happy Father’s Day! And wishing a very special first Father’s Day to The Duke of Sussex © SussexRoyal.’

It comes after it was revealed that Archie Harrison Mountbatten-Windsor is to be christened in Windsor next month in the chapel where his parents were married.

The previously unseen picture is the first glimpse the public has been given of the young royal since his toes appeared in an Instagram post on May 12, to celebrate Mother’s Day in the US.

Meghan and Harry shared the image when Archie was less than a week old.

The post of the baby’s feet in front of forget-me-not flowers was liked more than two million times on the social media site.

It was captioned: ‘Paying tribute to all mothers today, past, present, mothers-to-be, and those lost but forever remembered. We honour and celebrate each and every one of you.’

Buckingham Palace did not comment on Philip’s alleged quote.