She’ll next hit screens as .

And on Thursday, Angie Kent, 29, enjoyed her last supper as a single girl ahead of filming for the reality dating series.

Spotted at Sydney Airport, the blonde beauty kept it light and healthy as she tucked into a container of sushi at a cafe in the terminal. 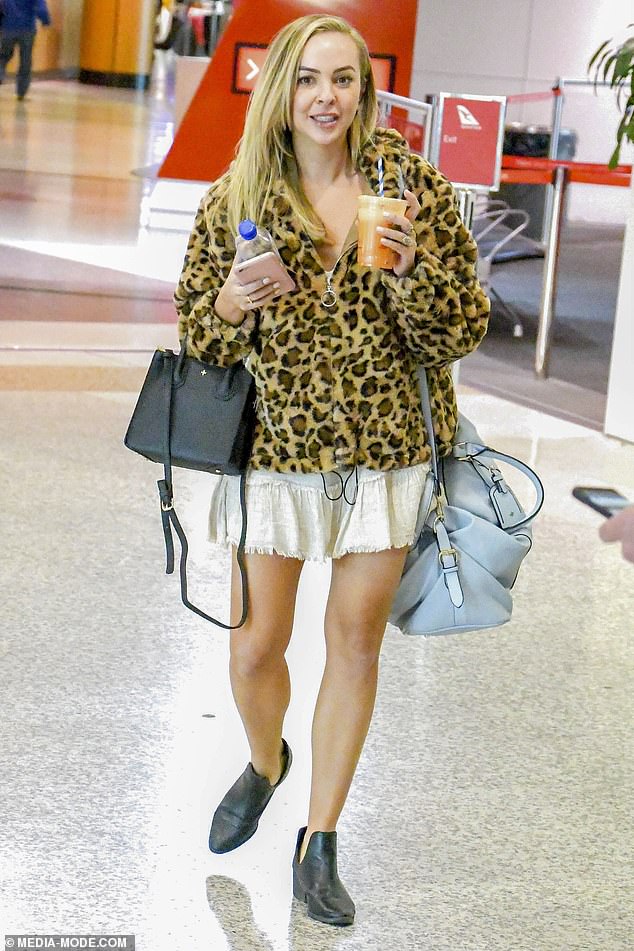 Catch me if you can! On Thursday, Bachelorette Angie Kent, 29, (pictured) was spotted strolling to a gate at Sydney Airport en route to a mystery filming location

The former Gogglebox star looked lost in thought as she used her chopsticks to eat the Japanese dish ahead of catching her flight.

The blonde chowed down on the sushi solo, though she will soon be inundated with male attention.

She later enjoyed sipping on a freshly squeezed juice and water, which she carried after the light meal. 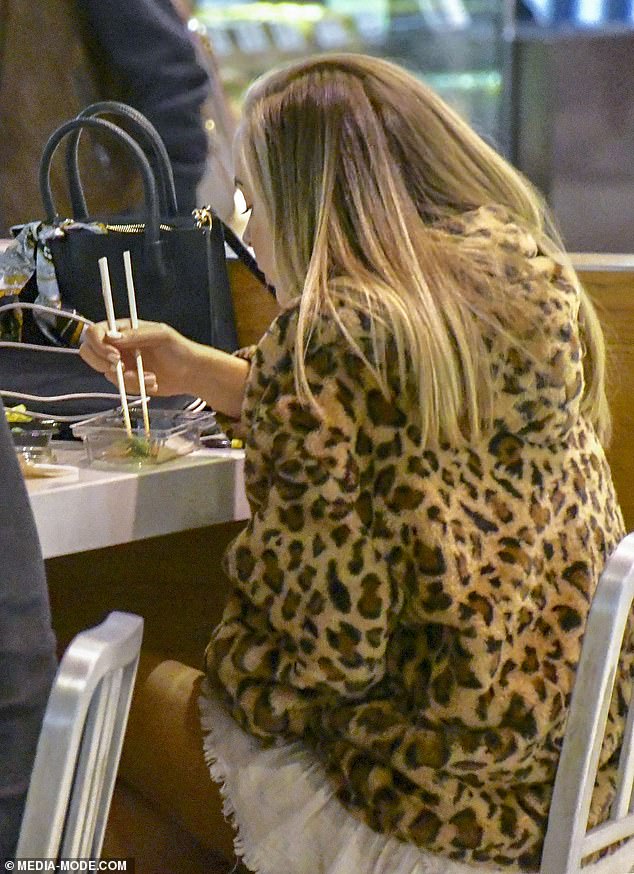 Healthy: Angie chowed down on a container of sushi while waiting for her flight 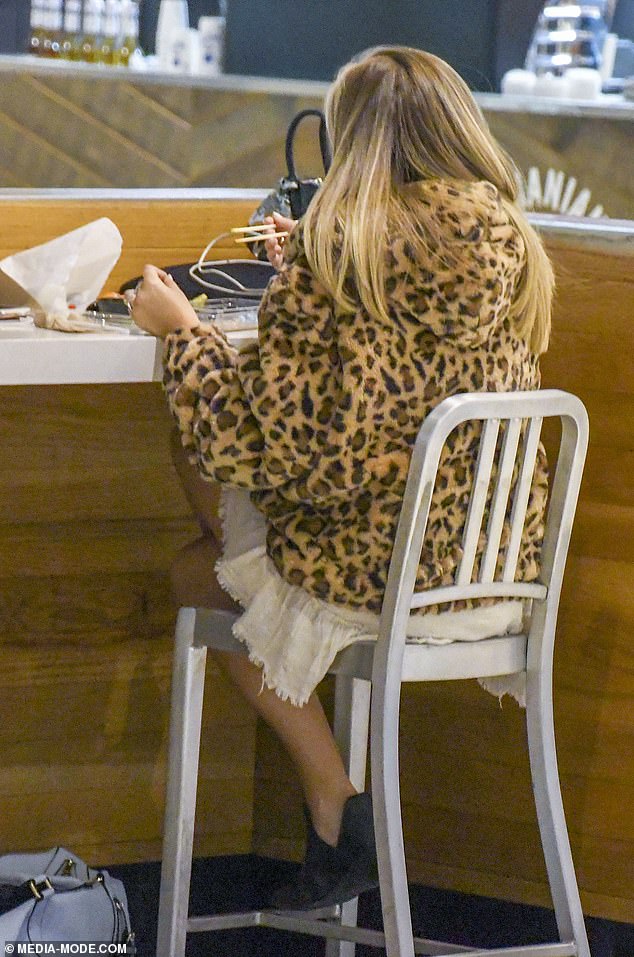 A look: Angie opted for a bizarre mismatched outfit for the trip, wearing a frilled white dress with frayed ends and a pair of black ankle boots with no socks

Angie opted for a bizarre mismatched outfit for the trip, wearing a frilled white dress with frayed ends, which she topped with a faux fur leopard print hoodie.

The former Gogglebox star completed her unusual look with a pair of black ankle boots with no socks, and carried her belongings in a textured square handbag.

Angie finished the outfit with an upscale pale blue overnight bag, which she wore slung over her shoulder as she strolled to her gate. 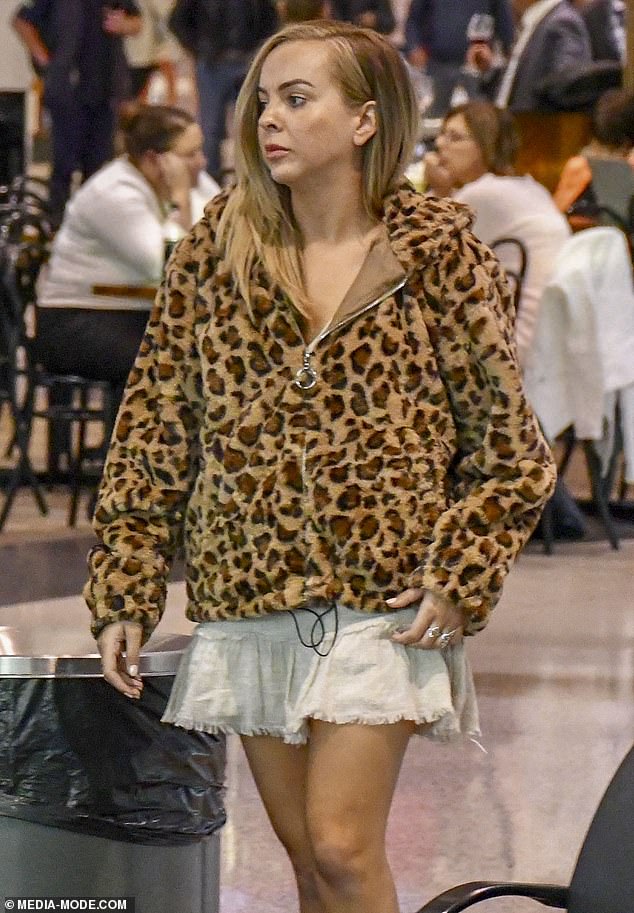 That’s unusual! She topped the dress with a faux fur leopard print hoodie 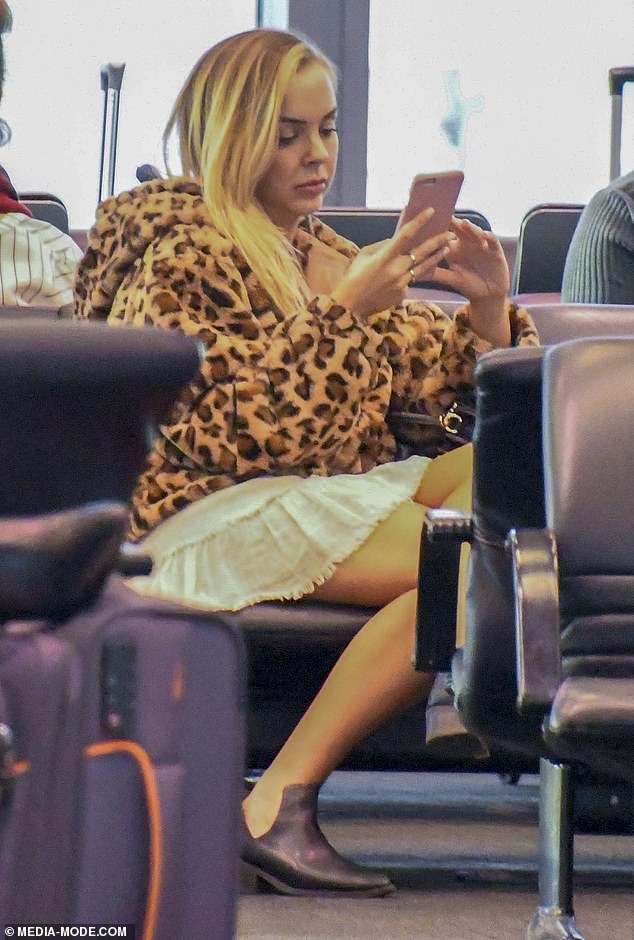 Passing the time: Angie texted friends on her iPhone as she sat in the airport’s lounge

After her meal, Angie looked animated as she strolled through the airport, smiling as she sipped her juice through a paper straw.

While waiting for her flight, the reality star played on her iPhone as she waited in lounge of near her departure gate.

Angie wore her signature blonde tresses down, and kept her makeup light and neutral, with a slick of nude lip gloss.

Leaving on a jet plane: After her meal, Angie looked animated as she strolled through the airport, smiling as she sipped her juice through a paper straw

Last month, Angie revealed to what she’s looking for in a man.

‘As long as you have a solid personality and a sensational smile, I’m pretty much sold,’ she said.

Angie added that she’s after a down-to-earth guy: ‘They have to have an amazing sense of humour – don’t take yourself too seriously.’

The blonde revealed that she doesn’t have a type when it comes to looks, and has never been one to specifically want ‘tall, dark and handsome’. 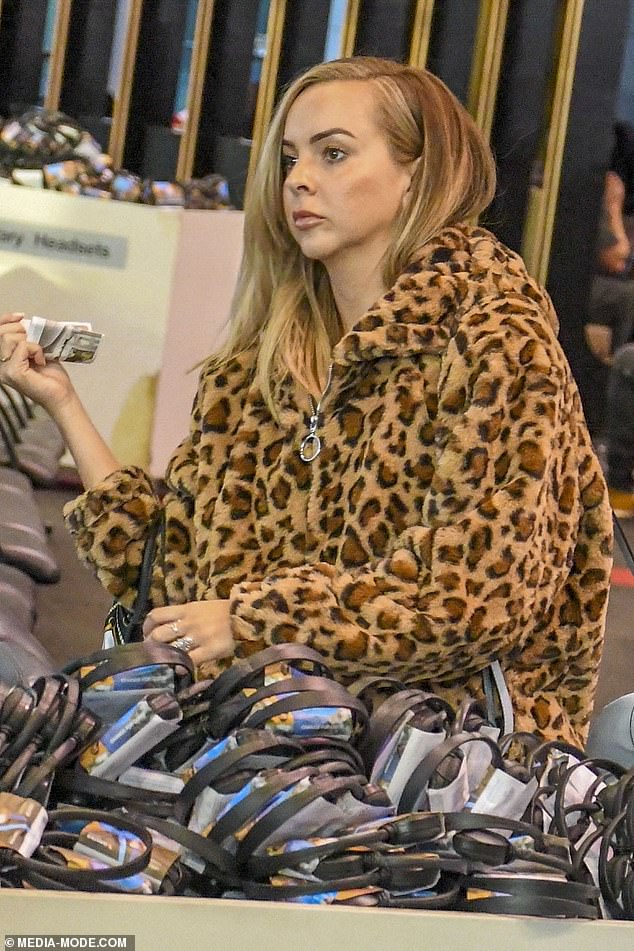 Can’t hurry love! Angie looked bored as she waited around to catch her flight