Passengers and cabin crew onboard on a Turkish Airlines flight to Sudan had to subdue a man who tried to smash an oxygen mask box and storm the cockpit.

A few minutes after takeoff the man started screaming and smashing the oxygen mask box, before pushing flight attendants aside and running down the aisle.

The man, who is thought to be of Sudanese origin, was stopped by several passengers in business class before he reached the cockpit. 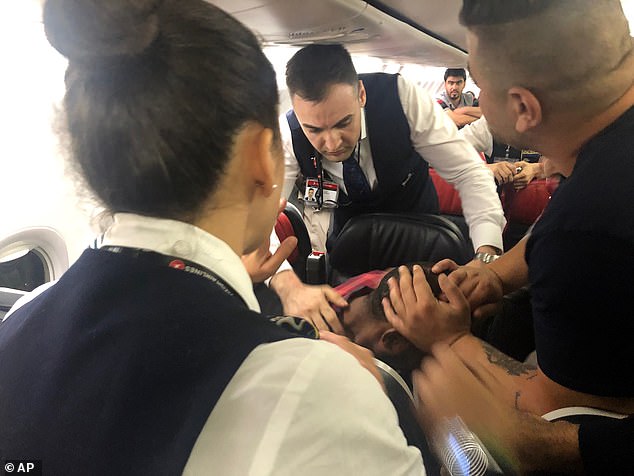 Cabin crew were able to calm the man down after 15 minutes and was taken back to his seat.

The man complained to the cabin crew of not being able to breathe.

Despite the incident, the plane continued its journey to its destination – Khartoum.

However, two hours later the pilot announced the plane would return to Istanbul, prompting the man to once again run to the front of the plane. 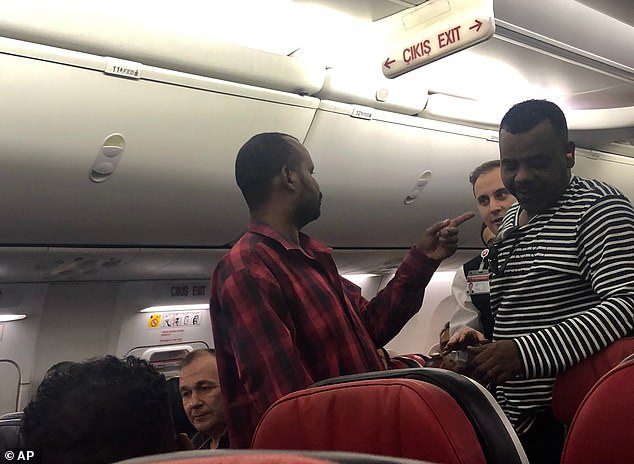 The man calmed down after 15 minutes and returned to his seat, however he tried to run up the plane again 2 hours later

Flight attendants were forced to physically shackle the man to his chair with plastic restraints.

Passengers were yelling in fear and children were crying.

The plane landed back in Istanbul about three hours after it took off and police escorted the man off. 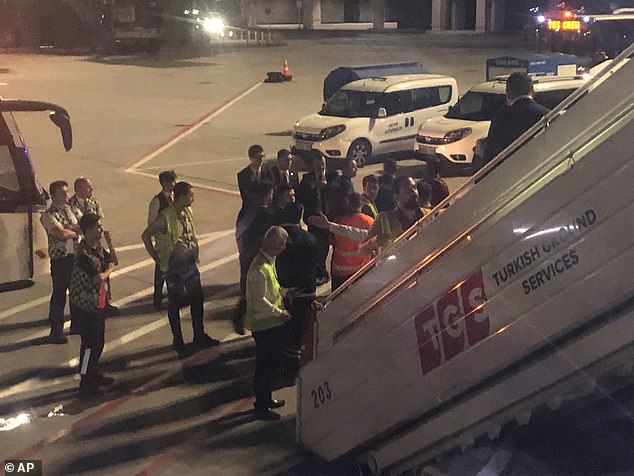 The plane turned around to Istanbul, where the man was detained by Turkish police following the incident

As he departed, he shook hands with some passengers and kissed children.

The airline and police did not immediately respond to requests for comment.

There was no immediate word on where the man was taken.