A giant sea crustacean with a build designed to kill has been found fossilised off the coast of a popular tourist spot.

The creature has a terrifying physique with ‘crushing’ legs and a ‘shredding’ spine made for eating and killing, with scientists describing the crustacean as the ‘T-Rex of the trilobites’.

They named it the ‘Redlichia rex’, in tribute to the dinosaur. 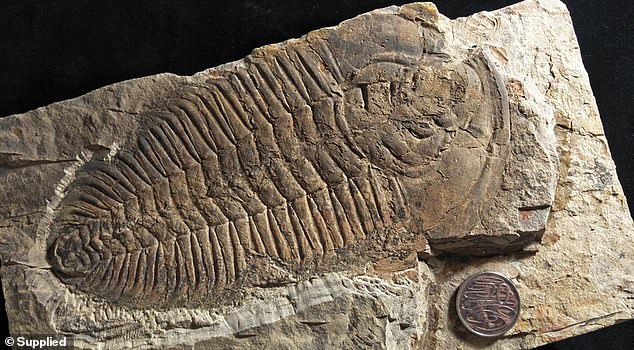 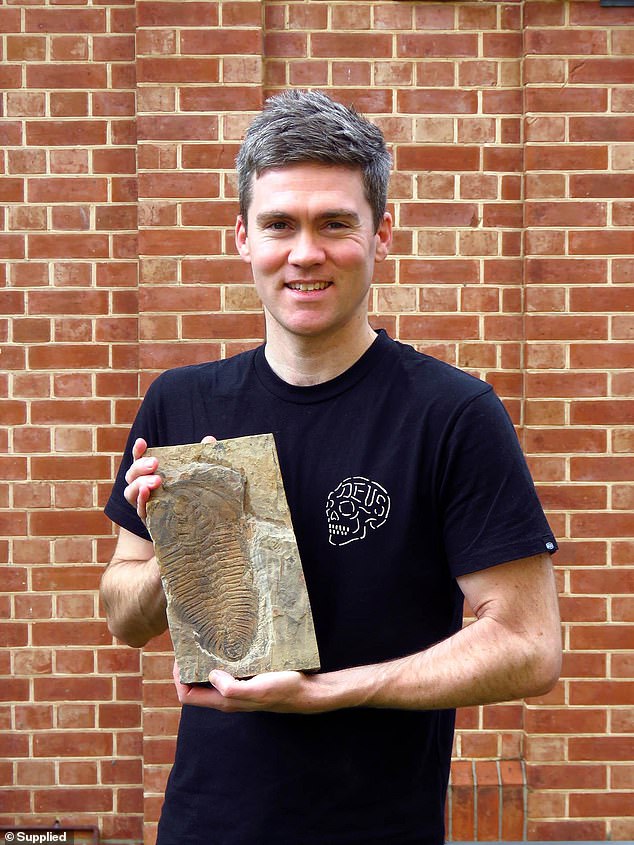 ‘(It had) formidable legs with spines used for crushing and shredding food, which may have been other trilobites. This giant trilobite was likely the terror of smaller creatures on the Cambrian sea floor,’ head researcher from the University of Adelaide’s School of biological sciences, James Holmes said.

The creature belongs to the extinct group of trilobites, which were crustaceans and insects that had their skeletons on the outside of their bodies like armour. 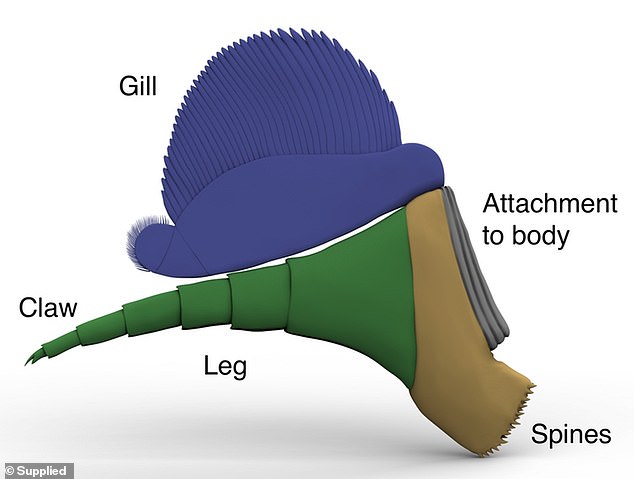 This group of animals became extinct 250 million years ago.

The creature discovered at Kangaroo Island was the largest trilobite ever recorded in Australia, measuring up to 30cm, double the size of other animals of its kind.

Researchers believe it developed distinct features to deal with an ‘arms race’ of evolution between prey and predators and came at the time of the Cambrian explosion, a period where nearly all animal groups suddenly appeared over half a billion years ago. 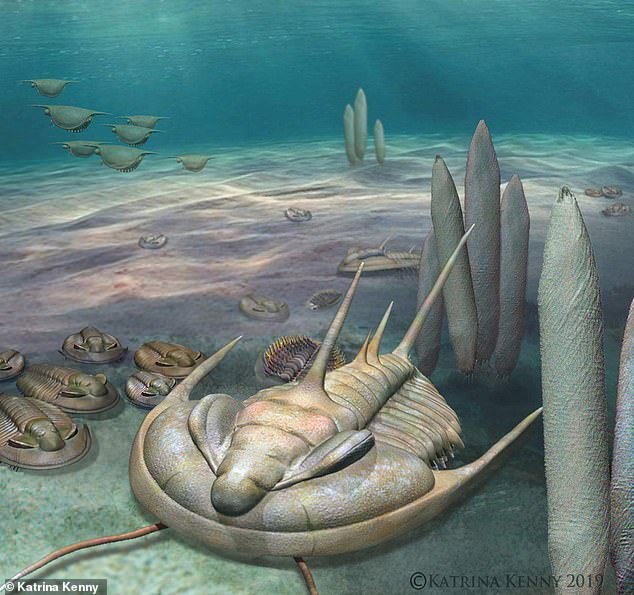 The new species was 30cm in length, double the size of other trilobites (pictured is artist Katrina Kenny’s impression of the Redlichia Rex)

‘The overall size and crushing legs of Redlichia rex are are a likely consequence of the arms race that occurred at this time,’ Mr Holmes said.

‘The large size of injured Redlichia rex specimens suggests that either much bigger predators were targeting Redlichia rex, or that the new species had cannibalistic tendencies.’

Fossilised faeces were also found within the crustaceans remains. 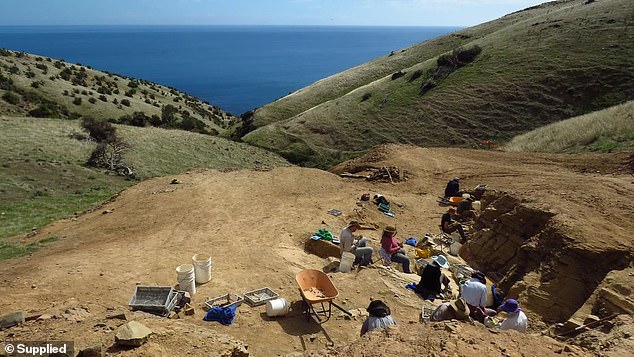 They were seated too far in the back - Trump allies on Jared and Ivanka treatment at McCain funeral
Meghan uses clever styling trick to look more curvy
Geoffrey Owens accepts The Haves And The Have Nots offer from Tyler Perry
Bahraini sheikh sued 'after pulling out of deal to meet 26 Bollywood film idols' like Aishwarya Rai
Frontier airplane makes emergency landing after an engine cover blows shortly after takeoff
'Trump is a f***ing idiot!' Lindsey Graham shocks Senate by reading text between probe's FBI lovers
Sharon Stone, 61, reveals she's been BLOCKED from Bumble as she begs dating app to reinstate account
Instagram model, 25, reveals she couldn't sit down for SIX MONTHS after botched bottom surgery