An 18-year-old man was detained on Thursday after he was found in the attic space of a 14-year-old girl’s bedroom just hours after he had a court appearance for the same crime.

Matthew Casto, 18, was tased during his second arrest at the Mt. Juliet residence on Karen Drive, according to local authorities.

Mt. Juliet Police say that they were alerted by a vigilant neighbor, who noticed that Casto was walking towards the home, Scoop Nashville . 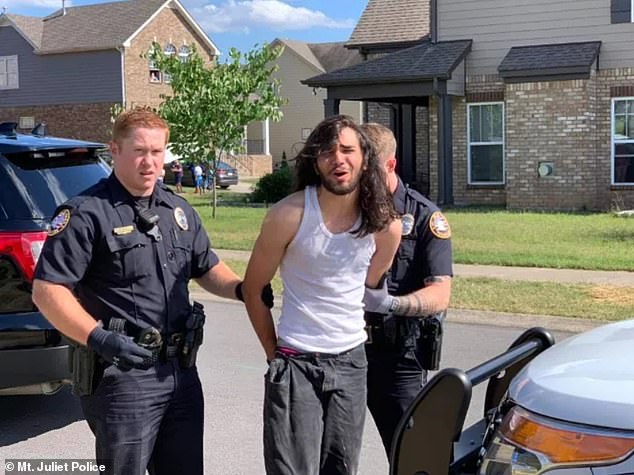 Matthew Casto, 18, was tased during his second arrest at the Mt. Juliet residence on Karen Drive, according to local authorities on Thursday

Officers searched the home and found the man hiding in an attic. Casto was resisting arrest, which warranted the deployment of the Taser.

Casto will likely be charged with violating an order of protection, trespassing and unlawfully entering a home.

He was arrested on June 2 after police were called to the home in Mt Juliet for a report of an intruder.

A woman told investigators she came home that day to find the bearded, long-haired young man at the top of the stairs. 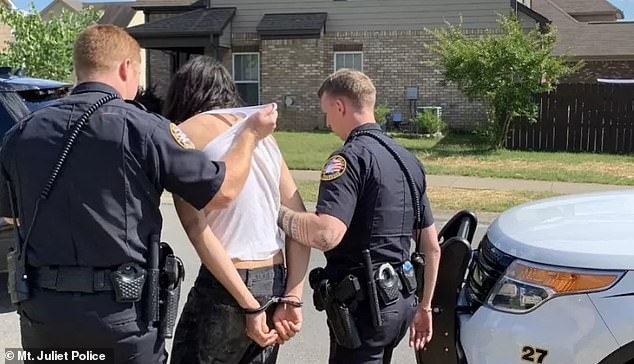 Mt. Juliet Police say that they were alerted by a vigilant neighbor, who noticed that Casto was walking towards the home

When Casto saw the woman, he ‘bolted’ to her 14-year-old daughter’s bedroom, despite the mother’s screams demanding that he leave, according to a Scoop Nashville report.

Police officers who were summoned to the scene reportedly had to remove Casto by force from the residence because he refused to go willingly. 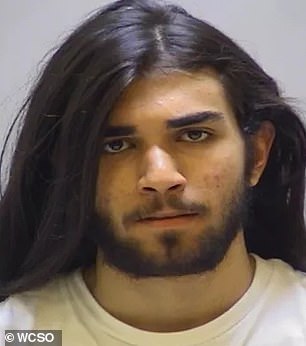 An investigation revealed that Casto had been living in the attic space for ‘some time’ and would come down only at night via the teenage girl’s closet after she had locked her bedroom door.

According to police, they had warned Casto to stay away from the 14-year-old girl when she ran away from home on May 29.

The girl, whom DailyMail.com is not naming because of her age, was found safe in Nashville the next day and was returned home.

Police have not commented on the nature of Casto’s relationship with the 14-year-old.

Following his arrest, the 18-year-old was booked into the county jail on a single count of aggravated criminal trespass. 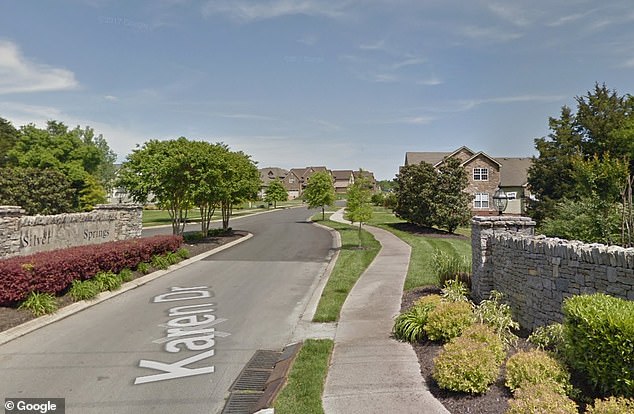 Casto had been living in the attic of a home on Karen Drive in Mt Juliet, Tennessee, which connected to a 14-year-old girl’s bedroom via a closet door

Mike Pompeo warned Saudi Arabia they have 72 hours to finish probe into Jamal Khashoggi case
Desperate mom of sex trafficked Corinna Slusser hopes to find daughter- rapper pimp is arrested
Trump says Democrats want to 'turn back the clock' and 'throw America in reverse'
Derek Sawyer
TV show cracks myth happy hens lay eggs with 'sunnier' yolks by revealing chickens are fed PAPRIKA
Crazed T-shirt vendor puts NYPD officer in coma by bashing him in the head with a chair
Newly-divorced mother who shot dead her three children then killed herself was battling depression
Justin Timberlake EXCLUSIVE: Out for the first time since APOLOGIZING for night with co-star