It has been revealed that just nine per cent of donations to rebuild Notre Dame have been received, after a billion euros were pledged just days after the devastating fire.

The shocking figure was revealed two months after a massive blaze almost destroyed the ancient place of worship.

Following several donations pledged from high-profile donors, it was thought that the money raised for a rebuilding programme that would see the cathedral restored to its former glory had reached a billion euros. 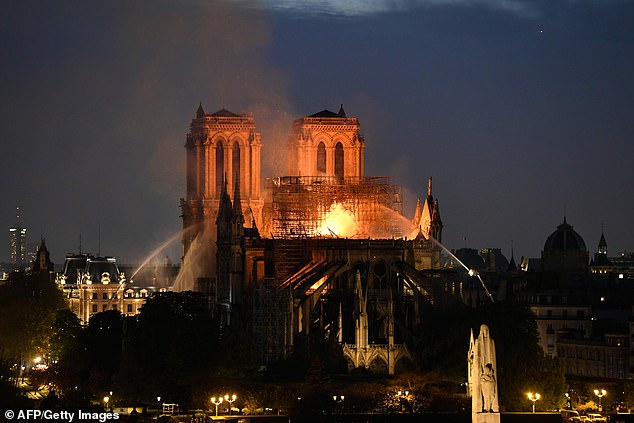 But enquiries have revealed that the four major fund raising groups have so far received the equivalent of around 56 million euros.

Although a billion had been pledged, the groups had expected to receive around 640,000 million euros.

‘This means that many of those who said they were donating to the cause just haven’t bothered,’ said a fund raising source in the French capital.

‘At one time the fund pledges reached the one billion euro mark, but we seem a long way away from that figure now.’

The investigation was carried out by the France Info radio channel show.

The devastating fire started on April 15 and within two days Stephane Bern, the TV personality who helped launch the appeal by saying Notre Dame was ‘a close friend who almost disappeared’ said: ‘The billion-euro mark of donations was reached during the day.’

French multinational companies were among those who pledged money to restore the building, which was engulfed by flames following a likely accident in its loft. 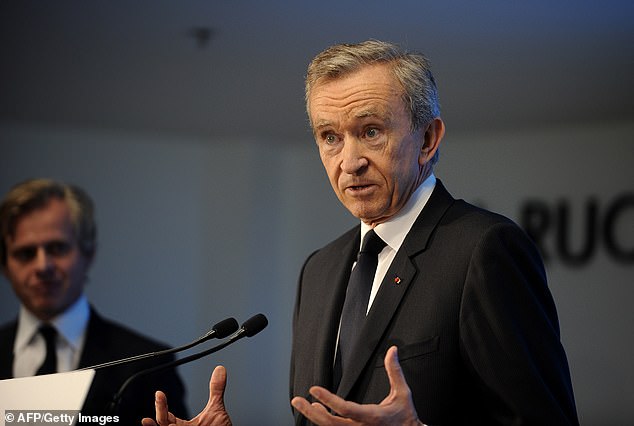 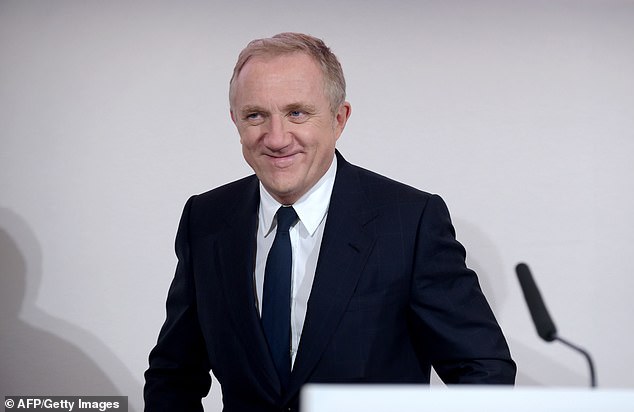 Such vast amounts of money would have meant it was almost certain that President Emmanuel Macron’s claim that the cathedral would be restored ‘within five years’ looked likely. 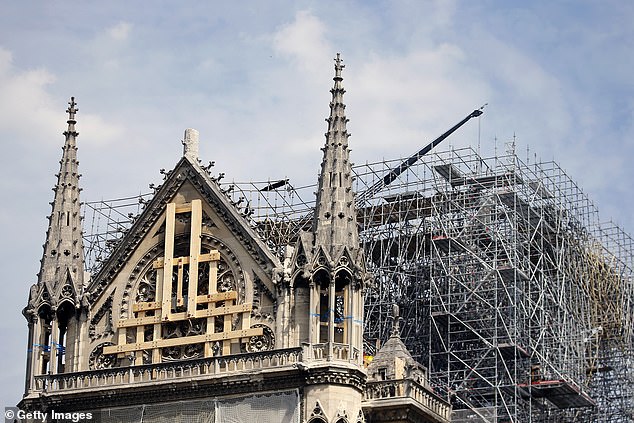 Despite the disappointing figures, the Catholic Cathedral will reopen its doors to worshippers for the first time since the fire on Saturday.

There will be a ‘small scale mass in a side chapel with a restricted number attending,’ said a spokesman for the Archdiocese of Paris.

Millions around the world mourned the fire at the start of Holy Week, with well wishers in countries including Britain and America pledging money to Notre Dame.

Kim Jong-un reaffirms his commitment to a nuclear-free Korean Peninsula
Magic Johnson's daughter Elisa Johnson ESCAPES with her life amid terrifying home invasion
Trump's new acting Pentagon successor for Mattis hails 'greatness of our nation'
Supreme Court blocks Louisiana abortion clinic law
Nick Kyrgios kicked out of Italian Open after he threw chair onto court
Danny Trejo describes how he and two others pulled a trapped child from an overturned SUV
Patricia Arquette remembers her late sister, Alexis, who was transgender, during Emmys win
California governor shuts down wineries in 19 counties but keeps his OWN tasting room in Napa open