And former Married At First Sight star Davina Rankin proudly showed off her baby bump in an Instagram post on Friday.

The 28-year-old caressed her burgeoning belly while sporting a black one-shoulder top and white trousers. 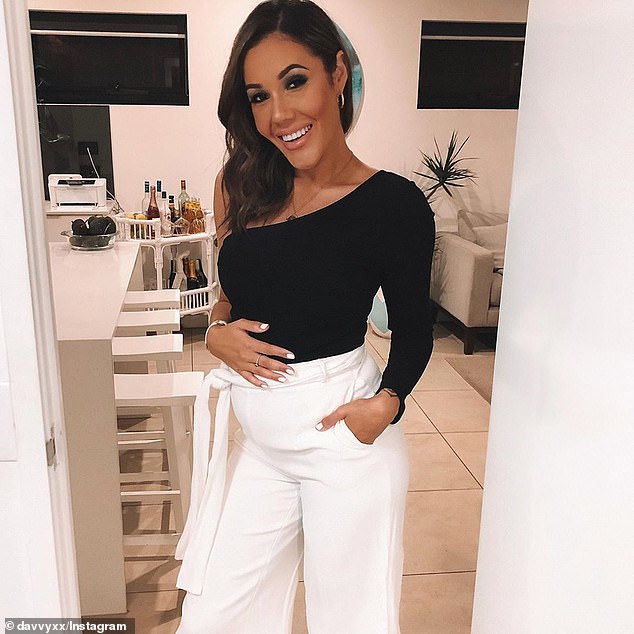 Bumping along nicely! Former MAFS star Davina Rankin, 28, proudly showed off her burgeoning belly at 18 weeks, in an Instagram photo on Wednesday

‘First time I’ve glammed up in like 4 months!!’ Davina wrote in the caption. ‘And all for good reason. Off to a special dinner to support @youngcareoz.’

Davina’s brunette locks fell in soft waves and her makeup palette included bold brows, a false set of lashes and a slick of gloss on her plump pout.

Earlier this month, the influencer revealed her rather healthy pregnancy cravings.

Davina told her followers that she can’t get enough of fruit on toast. 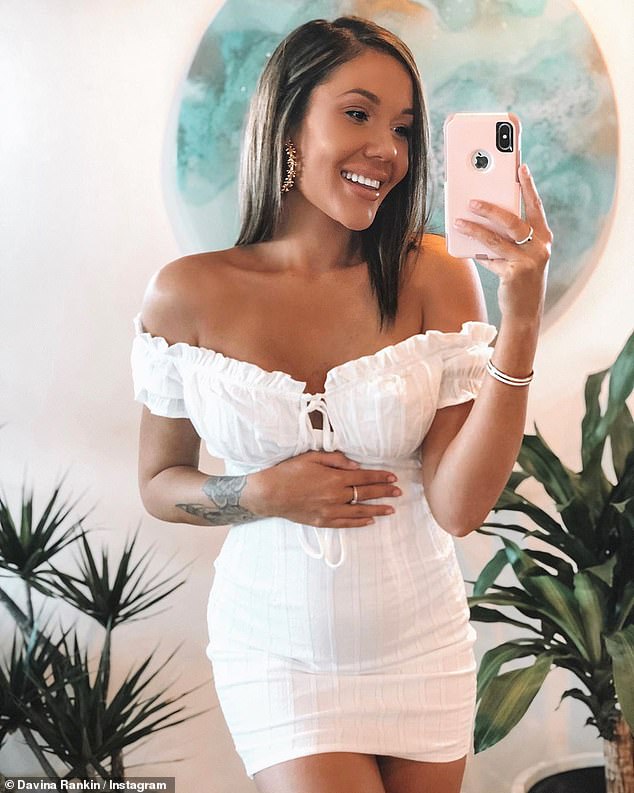 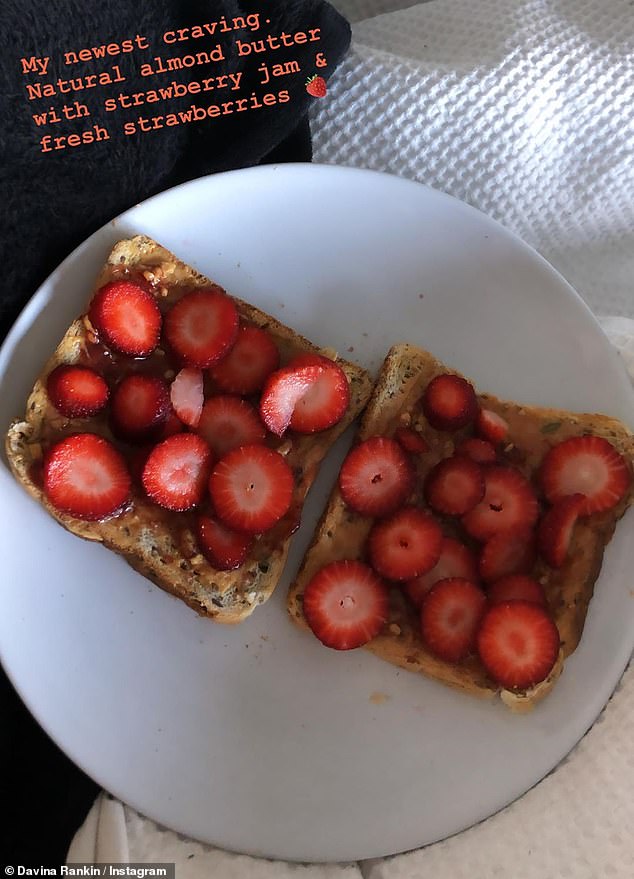 Sweet and savoury: Taking to Instagram, Davina told her followers she can’t get enough of fruit on toast

The former Channel Nine personality shared a photo of a plate of grain toast with a layering of almond butter and sliced strawberries.

‘My newest craving,’ she wrote in the caption. ‘Natural almond butter with strawberry jam and fresh strawberries.’

Davina has been dating café owner Jaxon for over one year now, but says they are in no rush to get married.

Instead, the couple are focusing on their new arrival and their plans to buy a house.

Davina starred on the fifth season of MAFS, and found herself at the centre of a cheating scandal with fellow contestant Dean Wells. 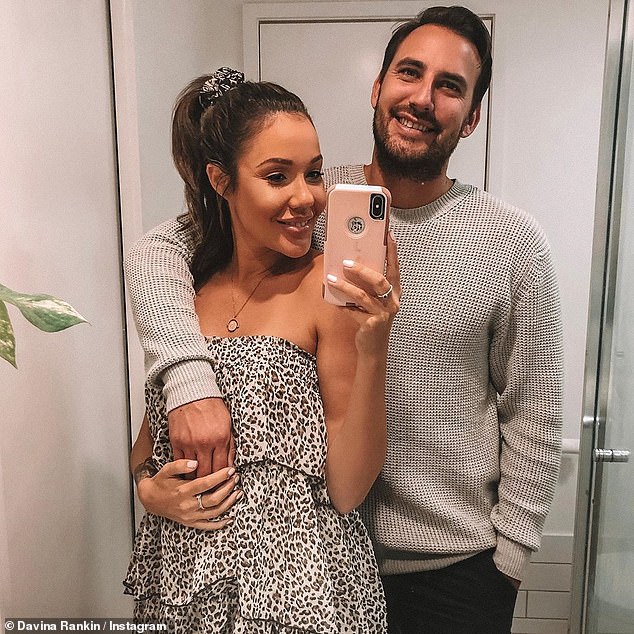 Content as they are: Davina has been dating café owner Jaxon Manuel (pictured) for over one year now, but says they are in no rush to get married