Two workers at country singer Jason Aldean’s bar in Nashville have been arrested on assault charges after police say they brutally beat up a sick patron who vomited in the bathroom.

The incident took place early Sunday morning at Aldean’s Kitchen+Rooftop Bar on Broadway and was reportedly recorded on video.

According to the Metro Police, the victim, who has not been named, was held against his will and battered for 20 minutes by bouncer Guy Coers, 39, and staffer Trevor Ault, 24. 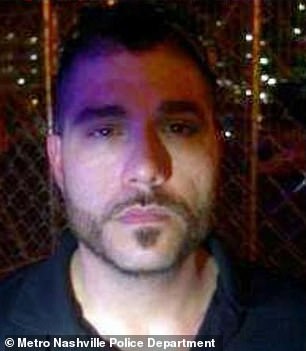 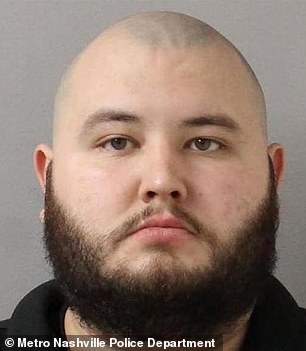 Guy Coers, 39 (left), and Trevor Ault, 24 (right), both staffers at Jason Aldean’s Rooftop Bar in Nashville, have been charged with assaulting a patron 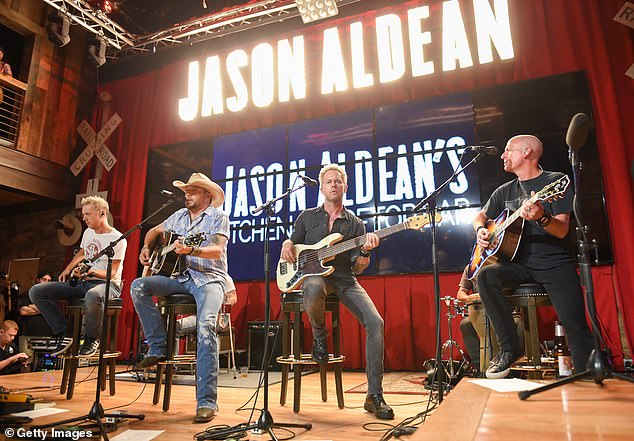 The patron suffered a broken nose and other injuries that required hospitalization.

According to an incident report obtained by , the victim, who was visiting Nashville from out of town, was not drunk but fell ill and was throwing up in a bathroom stall inside the bar when Coers approached him and told him to leave.

But instead of allowing the sick man to make his exit voluntarily, Coers allegedly proceeded to punch him in the face while his co-worker held him down.

The victim said another bouncer later joined in and all three continued beating and choking him on the bathroom floor.

As the assault progressed, Ault allegedly knelt down next to the victim on the floor and repeatedly punched him in the face. 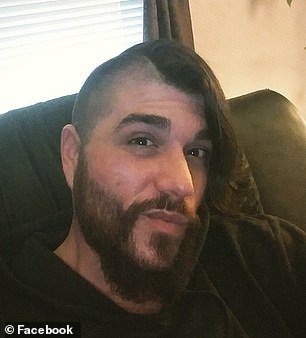 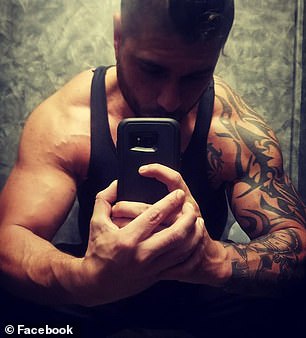 Coers, who at one time briefly worked as a corrections officer, allegedly punched the sick patron in the face as he was being held down by another bouncer

The victim then allegedly had his wrists restrained behind his back with handcuffs, rolled onto his stomach, with his face now resting on the concrete floor, and subjected to even more violence.

At one point, he was hit in the back of his head with such force that the blow fractured his nose pressed against the floor, according to the report.

After 20 minutes, police say the handcuffed patron was led down a hallway by bar staffers, who allegedly dragged his face against a corrugated metal wall, inflicting additional injuries.

The victim was then cleaned up in a backroom and issued a warning that if he called the police, he would be arrested. 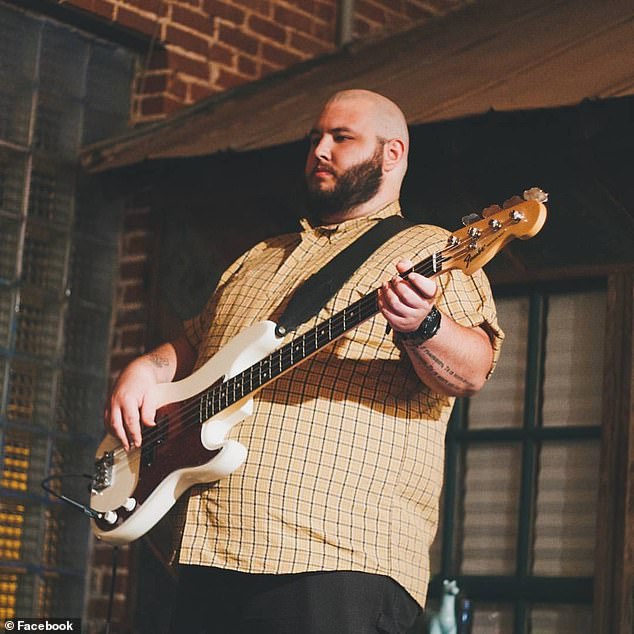 The man did not heed the bouncers and summoned police officers, who confirmed that the complainant committed no crime.

Ault was arrested on an assault charge, while Coers was issued a citation for assault causing bodily injury.

His Facebook page claims that he has been working at the Metro Moore Sheriff’s Department in Tennessee since 2014.

However, a staffer with the agency told DailyMail.com on Tuesday that Coers was fired from his job as a county corrections officer back in April 2015.

Aldean, the ACM and CMA award-winning country singer, opened his 27,000-square-foot, four-story entertainment complex on Broadway in Nashville a year ago.

Prince Harry and Meghan 'village they could name house' is rocked by automotive museum battle
Bill Clinton impressed with Ariana Grande at Aretha Franklin's funeral
Prince Harry calls his wife Meghan over to meet a five-year-old girl
Trump insists he never gave up on 'all concrete wall' as he throws shade at John Kelly
Hundreds leave floral tributes at mosques as Sydney Opera House lights up to remember victims
The world's happiest countries REVEALED: Finland comes top while South Sudan is the bleakest
Colorado cop who confronted black man for picking up trash in front of his own home forced to resign
It’s a quirk leaving Kate’s fans baffled - but why does she so often need a plaster on her fingers?