This is the adorable moment a young boy gets caught by his mother trying to sneak some chocolate from the fridge.

The video, filmed in Brighton yesterday, shows the mother sneaking up on the youngster in the kitchen.

With her phone primed ready to catch him in the act, the boy can be seen rifling through a box of Maltesers. 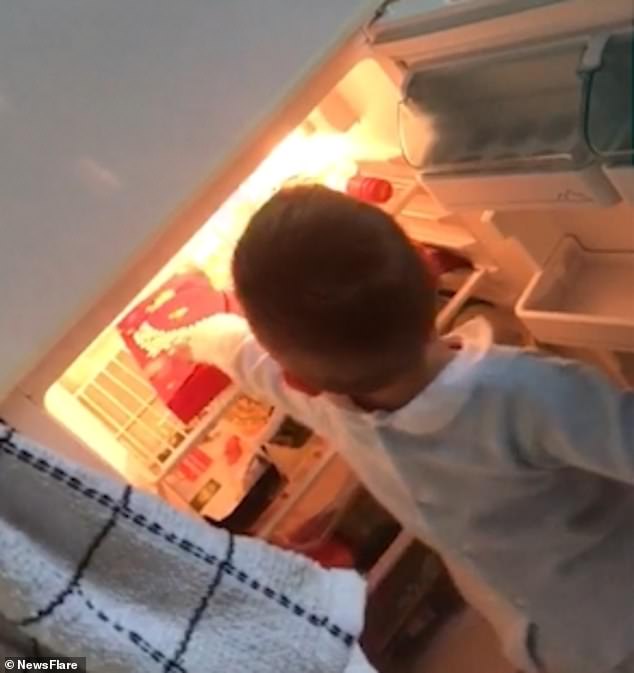 The fridge light illuminates the tasty treats with a heavenly glow the boy cannot bear to resist.

Wearing his pyjamas, the young lad then shuts the door of the fridge satisfied with his hoard.

As he leaves the scene of the crime, he is then startled by the unexpected voice of his mother looming over him.

She says sternly: ‘What are you doing?’ 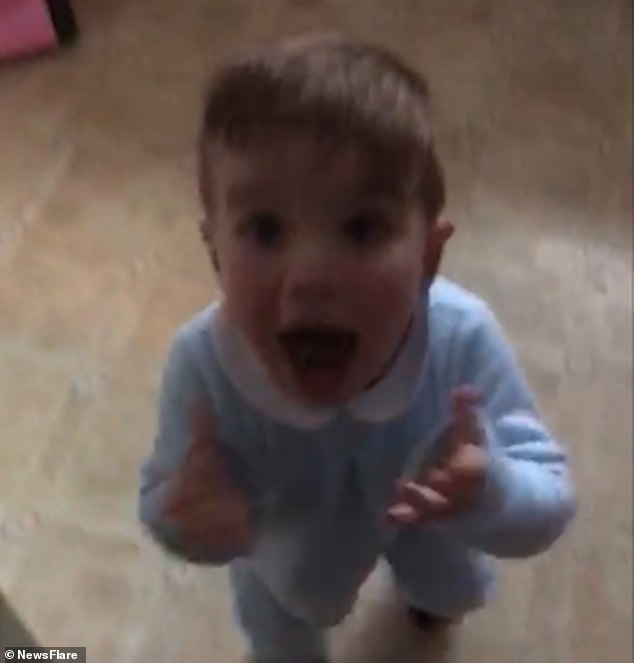 When the youngster spots his mother standing in the kitchen door, she says, ‘What are you doing?’, and he lets out a small scream 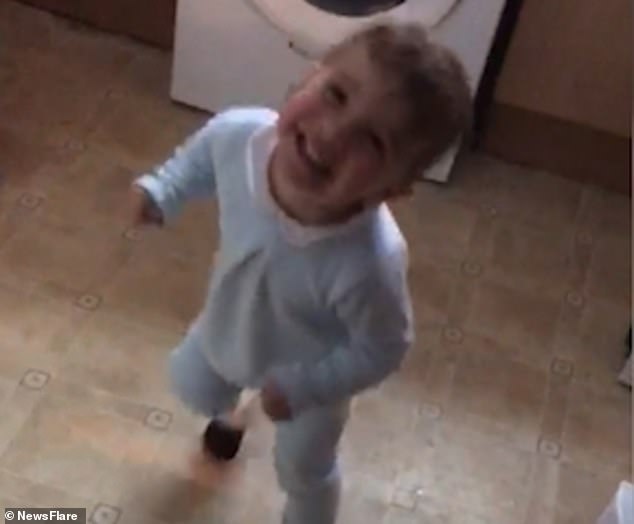 But when the young lad is startled, he reacts adorably by giggling and dancing on the kitchen floor

Instead of cowering after being caught red-handed, the cheeky chap lets out a small scream.

Then he cracks a smile and lets out an adorable laugh while dancing on the spot in the kitchen.

It is not known if the boy’s hilarious reaction let him escape any punishment from his mother.

Vietnam jails activist for 12 years in crackdown on...
Kanye West's pal Jonathan Cheban gives his Yeezy sneakers a break in favor of Nike React shoes
Fire rips through holiday park turning 40 caravans worth as much as £30,000 to ash
The EU will force Brit holidaymakers to hand over foods like pasties and ham after a No Deal Brexit
Stowaway who survived 4,000 mile flight from Delhi to London in -60C temperatures works at Heathrow
A racy Anne, a brand new Queen - but The Crown's still majestic
Have Prince Harry and Meghan Markle hired Brad Pitt and Angelina Jolie's former bodyguard?
Royal enthusiast reveals how she has spent $30,000 on outfits