Westminster hosted a beauty pageant yesterday, though without the racy dollies that used to cast a keen eye over.

Instead, the ‘beauties’ on parade were five of the contenders: Michael Gove, Jeremy Hunt, Matthew Hancock, Dominic Raab and Esther McVey.

There were sob stories, soundbites and leg-flashing galore. Can any of them stop Boris? On yesterday’s performances, Michael Gove and Jeremy Hunt stand the strongest chance. 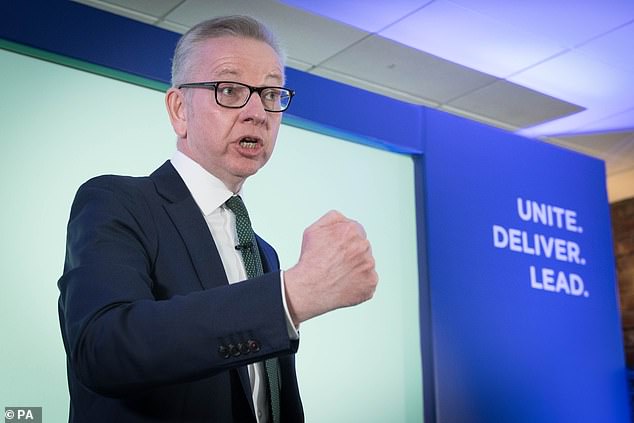 Gove was the best of the bunch. Assertive, aggressive, passionate. It was a fine performance. Let’s face it, after the weekend from hell, he needed it. HMS Gove has been listing badly – this paper’s revelations about his drug use were a direct torpedo hit to the hull. Once second favourite at 4/1, he’s now drifted to 14/1.

His launch took place at Millbank Tower, and the revelations about his drippy-nosed drug-taking meant he was quite a draw. It seemed like almost the entire parliamentary lobby had squeezed in the room.

Around us, speakers blasted synthesiser music – perhaps the sort of noise you must need half a hillock of cocaine to appreciate.

After a video with lots of people telling us what a top-notch public servant the Education Secretary was, he skipped on to the stage with that teddy bear smile. 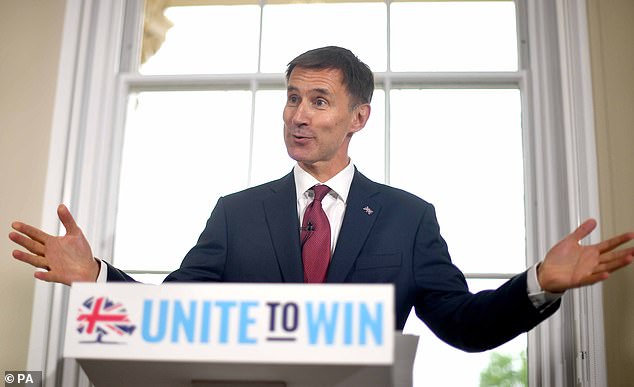 He may have been through the wringer, but he didn’t look it.

This is Gove’s great strength. Whatever gets chucked at him, he just comes back with a cheery wave and jovial ‘what-ho’. The levels of opprobrium he attracts have always mystified me.

We heard about his experience as an orphan, spending 24 months in care before being adopted by Ernie and Christine. ‘You didn’t grow under my heart,’ his adoptive mother told him, ‘you grew in it’. Gulp.

There was some weepy stuff about his grandparents too. Their fish firm went to the wall because of the Common Fisheries Policy. Brexit, Gove warned, was personal.

On stage he was a springy bundle of energy. He kept his audience alert and attentive. Not a common skill in politics. The druggy stuff he batted away without much hassle. Boris he didn’t mention by name until right at the end.

But it came in the form of a taunt. Reminding his rival of his abandoned 2016 campaign, he advised: ‘Whatever you do, don’t pull out. I know you have before…’ Oof! We weren’t expecting that. It had all been so polite. This was gauntlet thrown down.

Over in the Institution of Civil Engineers, Jeremy Hunt was laying out his stall. Observers of his career will know what I mean when I say it was classic Hunt. Solid. Professional. Ever so slightly dull.

His big boon was to unveil two Cabinet members as supporters, sitting in the front row: Defence Secretary Penny Mordaunt, a Leaver, and Work and Pensions Secretary Amber Rudd, a Remainer.

Another handy arrow in his quiver is Mrs Hunt. What a delight she looked. Foreign minister Mark Field thought so too, wasting no time moving in for a friendly hello smooch. Hands clasped to her face, the glinty-eyed charmer looked like Hannibal Lecter lunging after his lunch.

Speechwise? Mr Hunt said he was pitching himself as a ‘serious leader’ – i.e. not a bit like bungling Boris. He was the most experienced candidate to deliver Brexit. He knew Merkel, he knew Macron.

The Foreign Secretary is doubtless a competent fellow. But does anyone out there lie awake at night dreaming of a Jeremy Hunt premiership? We shall see, I suppose.

Biggest disappointment of the day was Dominic Raab. The content of his speech was fine. Oh, but dearie me, the man was wooden. No ink in his quill, no snap in his celery. His tone and tempo were adagio. What we needed was vivacissimo.

He could do with just a smidgen of Esther McVey’s pizzazz, who performed a star turn at the Bruges Group.

Gung ho Brexiteer Esther – she’s a No Deal gal all the way – is an ex-GMTV presenter and it shows. She’s faultless. Wow-wee, she looked terrific. Spoke brilliantly too. She’s the race’s 100-1 outsider, but as a Conservative Merseysider, she explained, she’s used to that.

Trump hangs out with 180 bikers at his Bedminster golf membership
Could medical cannabis be the new thalidomide?
UK weather: Heavy snowfall to hit Britain this weekend
How Remainer Cumberbatch Brexiteer Dominic Cummings
Gladiators star Cobra seriously ill in Kent hospital with pneumonia
Father left in coma after crash that killed woman, who was ‘playing chicken’ with traffic speaks out
Fly-tipping investigators and a cleaner without a sense of smell have Britain's grimiest job
Brawl breaks out and man is injured as hundreds take to the streets of Leeds for the Otley Run