A woman who posed as a social worker in a twisted attempt to kidnap a newborn baby has turned herself into police and been booked into jail on suspicion of attempted kidnapping.

The woman, who identified herself as Mayella Ortega, 38, knocked on the door of a new mother in Santa Ana on May 31 around 11:30am, claiming to be a Social Services worker there to take the one-week-one child into protective custody.

The mother refused and questioned Ortega, who didn’t have any proper identification and threatened to return with the sheriff’s department to forcibly remove the child from the home, according to Santa Ana police.

The quick-thinking mother recorded video footage of the intruder leaving the home and entering a white SUV and sent it to police.

The suspect turned herself into police on Friday and she’s being interviewed by homicide detectives, authorities announced Saturday. 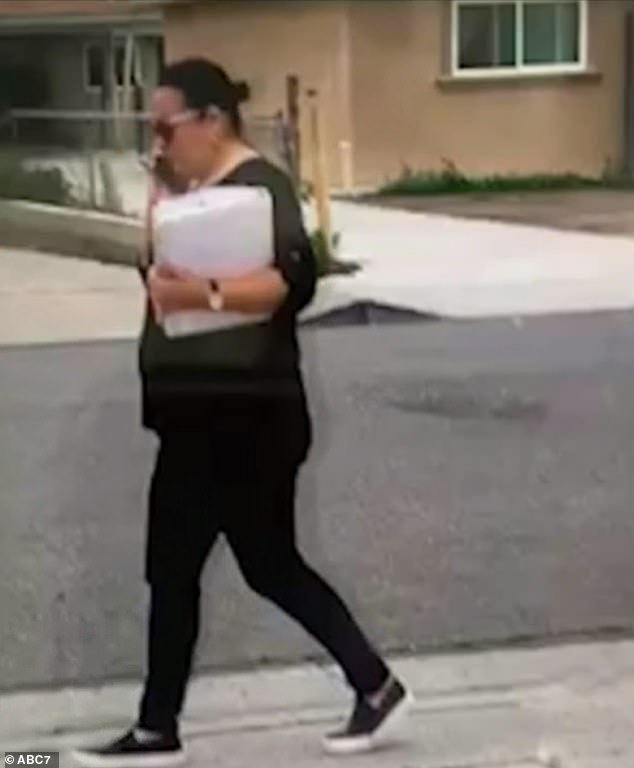 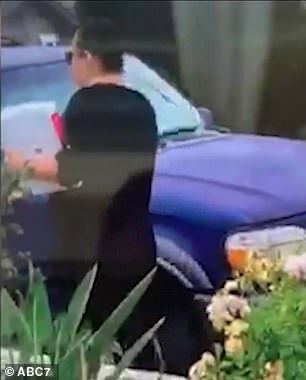 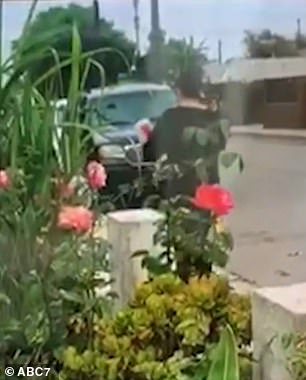 The woman, who identified herself as Mayella Ortega, 38, knocked on the door of a new mother in Santa Ana on May 31 around 11:30am, claiming to be a Social Services worker there to take the one-week-one child into protective custody, but the mother refused as the suspect had no identification

‘I say, “OK, if the sheriff has to come in, that’s fine. But I don’t want to give you my kid,”‘ the mother recalled on refusing to hand over her child to Ortega, according to

On Friday the mother went down to the police station to positively identify Ortega after she turned herself in and said ‘I’m scared’ following the frightening incident.

It’s not clear how the suspect knew the mother, the fact that she just had a child, or her address on South Evergreen Street.

Social services said that no one by Mayella Ortega works for the agency and there are no records connected to the name either. 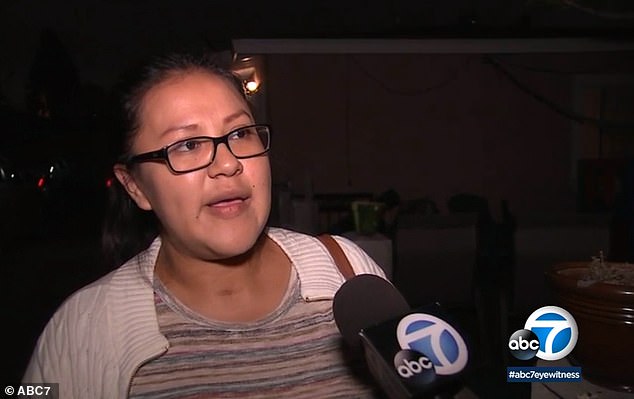 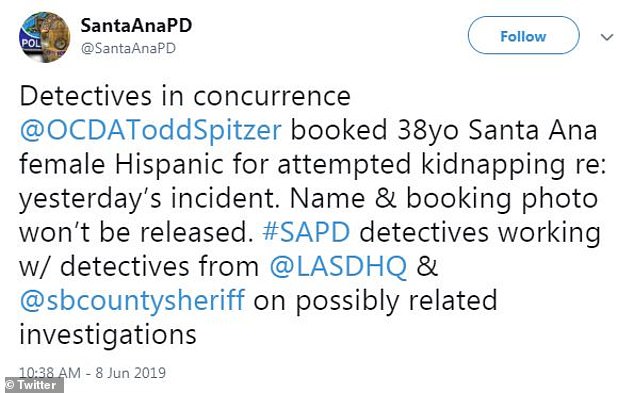 The suspect told police she is the woman depicted in the video, but claims she wasn’t trying to take the baby.

The suspect will now be interviewed by homicide detectives to figure out why she was there. The investigation is being led by the Santa Ana Police as well as the Orange County District Attorney’s Office, and the Los Angeles County and San Bernardino County sheriff’s departments.

‘How did this woman know that this victim had a child less than 2 weeks ago, where she lives,’ Santa Ana PD Cpl. Anthony Bertagna said. ‘How’d she get her personal information? That’s all scary to us.’

Santa Ana police clarified that if a child is ever taken into custody, authorities are present on the scene.

Further details on the suspect’s identity and possible charges are yet to be released.

They said that her name and booking won’t be released.