May Day Bank Holiday will be moved to a Friday next year to fall on the 75th anniversary of VE Day.

The date, four days after the usual Bank Holiday Monday, will launch a three-day weekend to mark Victory in Europe Day.

Commemorative events are set to be held across the country to honour the sacrifice made by men and women during the Second World War. 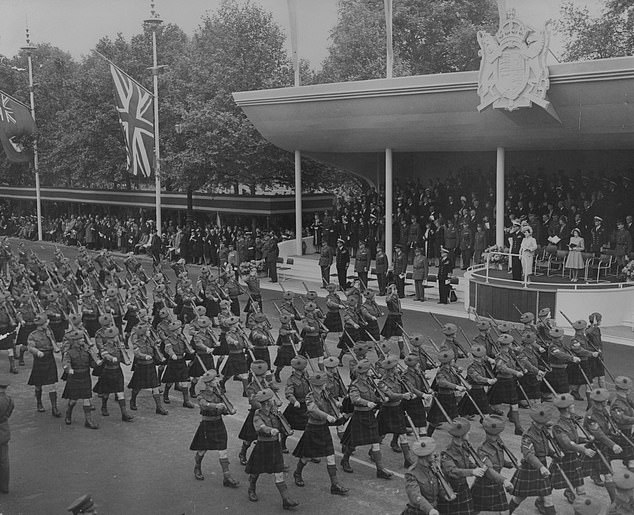 The date, four days after the usual Bank Holiday Monday, will launch a three-day weekend to mark Victory in Europe Day (pictured: The Highland Infantrymen passing the Saluting base in the Mall, where the King took the salute, on VE Day)

Business Secretary Greg Clark said: ‘Moving next year’s early May Bank Holiday to VE Day itself is a right and fitting tribute.

‘It will ensure as many people as possible have the opportunity to remember and honour our heroes of the Second World War and reflect on the sacrifices of a generation.’ He added: ‘VE Day marked an historic moment in not only our nation’s, but the world’s history and it is important that we commemorate this great occasion on its 75th anniversary.

‘Honouring those who did their duty – whether on the battlefields of Europe or through their efforts and sacrifices here at home. This week saw the 75th anniversary of the D-Day landings during which the brave efforts of Allied troops secured the first step on the road to defeating the Nazis. 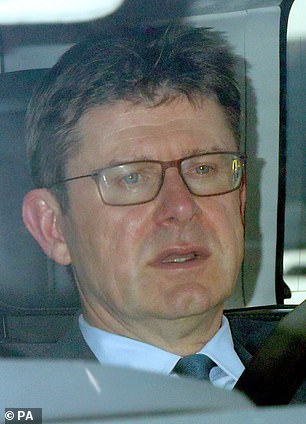 Business Secretary Greg Clark said: ‘Moving next year’s early May Bank Holiday to VE Day itself is a right and fitting tribute’

Sir Andrew Gregory, of Armed Forces charity SSAFA, said: ‘It is our duty to keep the events of the past alive in collective memory, including future generations.’ Defence Secretary Penny Mordaunt said of the change: ‘As we’ve seen over the past week with the D-Day commemorations, the British people truly appreciate the sacrifice made by those who fought for our freedom throughout the Second World War.

‘Moving next year’s Bank Holiday will give us the opportunity to come together to remember and honour those who gave so much to secure our freedom and liberty.’

Bank holidays have been used to mark special occasions in the past.

Other notable Bank Holidays include the Queen’s Diamond Jubilee, which fell on June 5, 2012.

The VE Day Bank Holiday was moved once before in 1995 for the 50th anniversary of VE Day.