Surveillance footage captured the sickening moment a mentally-ill inmate was punched in the head and face at eight times by prison guards who were supposed to be supervising him.

Terrance Debose, 47, could be clearly seen on video strapped to a chair in a small cell in the Cuyahoga County Jail in Cleveland, Ohio.

Corrections Cpl. Nicholas Evans could be seen standing next to the chair and appeared to switch off his body camera before pummeling the face of the inmate. 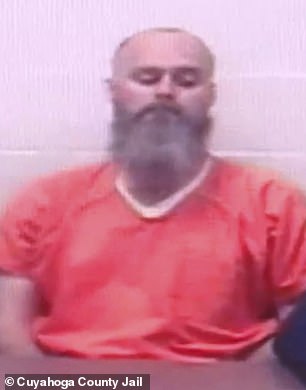 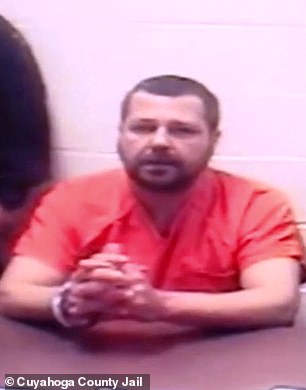 Corrections Officers Nicholas Evans, left, and Timothy Dugan, right, were seen placing Terrance Debose into a cell while being restrained 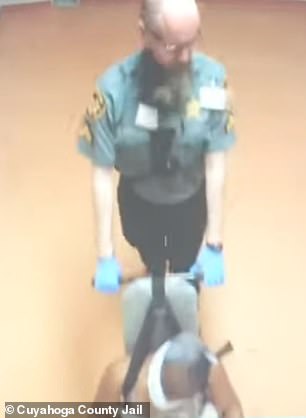 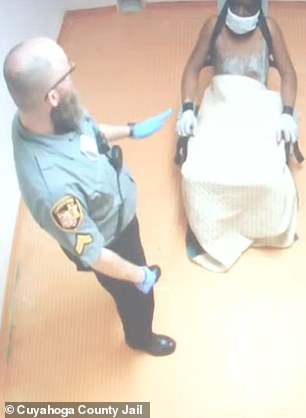 Corrections Officer Nicholas Evans could be seen wheeling mentally-ill inmate Terrance Debose into a cell while being restrained. He spoke with the inmate before the attack 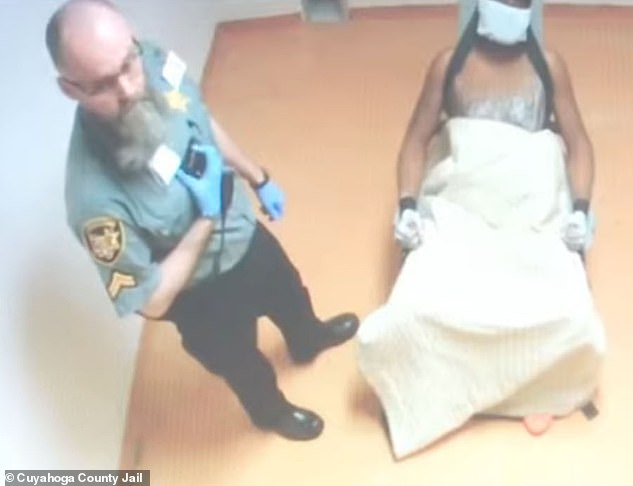 Debose was completely unable to defend himself during the attack which lasted for 13 seconds, as his arms were secured to the chair with straps.

But the assault wasn’t over. A second corrections officer, Timothy Dugan, then appeared and joined in the assault punching Debose in the face.

The two guards then callously left Dubose strapped to his chair for a further two hours while his face was left bleeding. 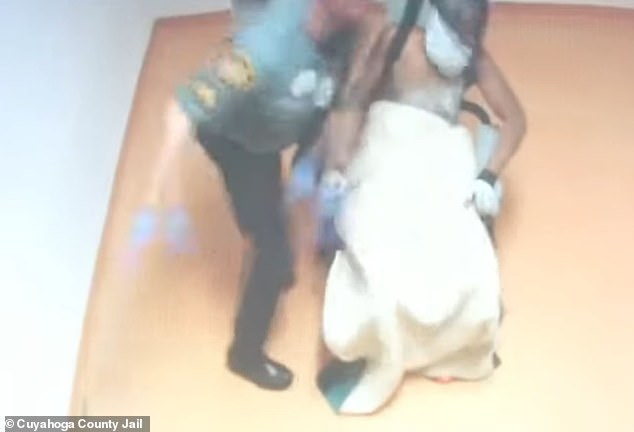 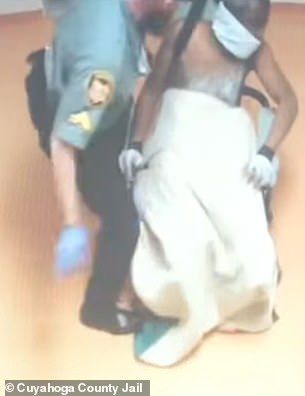 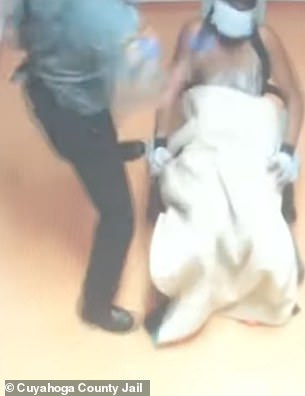 Debose ended up suffering a concussion as a result of the attack. He was punched eight times 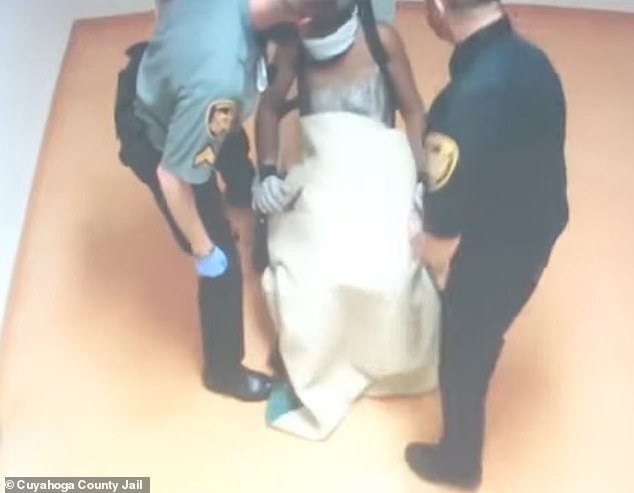 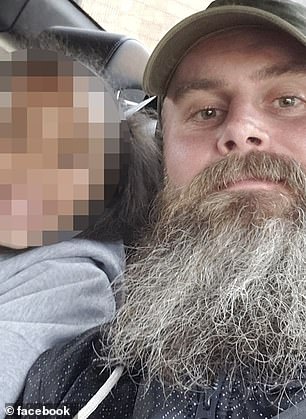 Debose suffered a concussion as a result of the attack, which happened in March.

Evans has been charged with felonious assault that carries a potential eight-year prison sentence if he’s convicted.

Dugan is charged with misdemeanor assault. Both have been charged with violating Debose’s civil rights and have pleaded not guilty.

Debose was in jail for cocaine possession and charges of tampering with evidence. He remains incarcerated in the same jail where the beating took place.

His brother, Emanuel, told said his brother called him soon after the attack happened to tell him what occurred.

Emanuel said the attack made him furious, and he hopes the officers charged in his brother’s beatings are fully prosecuted.

‘I want justice for him,’ he said of his brother. ‘They don’t have the right to do that. You see so much police brutality. I just want justice served at this point.’

‘He said they beat him up bad,’ Emanuel said. ‘He said he wasn’t really able to talk because they’re recording the calls from the jail. He asked if I could get him some help, but I really didn’t know how to go about doing that type of stuff.’ 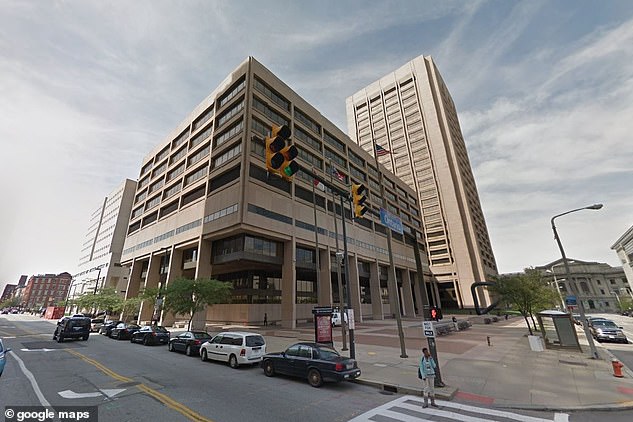 The alleged beating happened at the Cuyahoga County Jail in Cleveland, Ohio