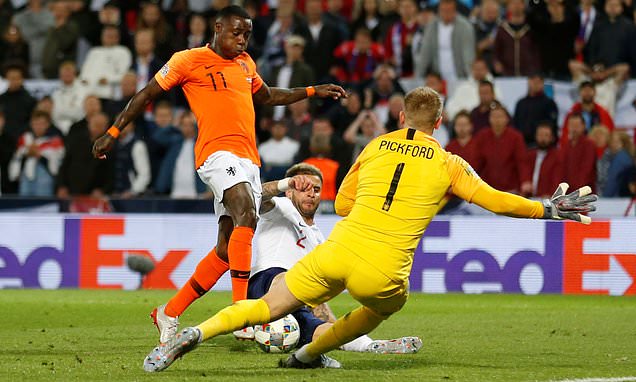 Holland were the better team on the night, but not in the way Croatia were in Moscow a year ago. England scored what they thought was the winner five minutes from time, but VAR intervened. Raheem Sterling grazed the crossbar in injury time. Holland had impressively long periods of control, but it is not as if England did not have their moments, too.

Nearly one year on from their World Cup semi-final heartbreak in , England find themselves once more in the final four of a competition as they take on Holland in the Nations League.

‘s side overcome and Croatia in the group stage to reach the finals held in Portugal. They will now target a win to set up a final on Sunday with Portugal following their inspired victory over Switzerland on Wednesday.

Follow all the action from the Estadio Afonso Henriques in Guimaraes with kick-off set to get underway from 7.45pm BST.