Police have confirmed that a body found in April at an Oregon home is that of missing man Dennis Day, who was an original member of Disney’s The Mickey Mouse Club.

The Oregon State Medical Examiner’s office identified the body, although they were unable to use dental records or DNA because of the condition of the remains, Oregon State Police said Thursday. Police are still investigating Day’s death.

He was reported missing in July 2018 by his husband, Ernie Caswell, who suffers from memory loss and was in the hospital when he made the report. 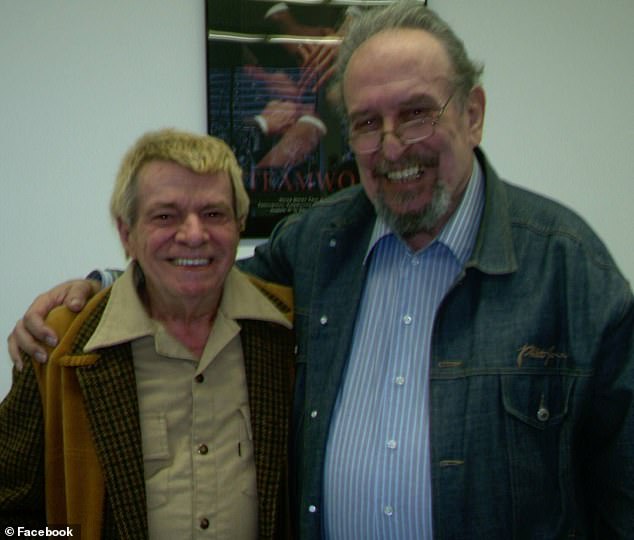 Former Mouseketeer Dennis Day, 76 (left), was reported missing in July 2018 by his husband Ernest Caswell (right). Day’s family only discovered he had vanished in January 2019 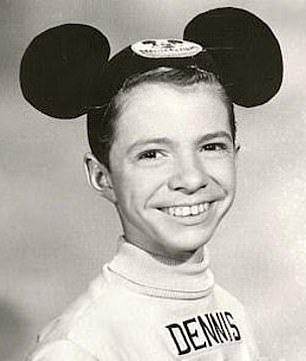 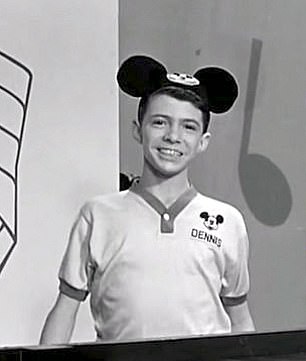 Day, an actor, was cast as an original Disney Mickey Mouse Club Mouseketeer in 1955 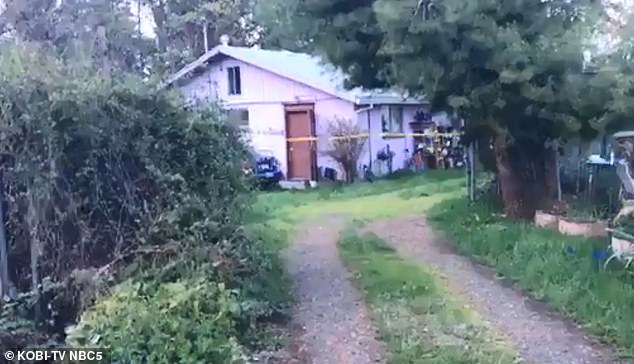 The body was found at the home on 510 Pine Street in Phoenix, Oregon (above). The Oregon State Medical Examiner’s office identified the body, although they were unable to use dental records or DNA because of the condition of the remains 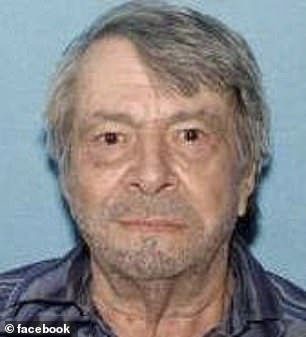 Day was last seen walking down his driveway on foot, saying he was going to visit friends

He he had forgotten how to contact Day’s family because of his dementia.

Day’s car on July 26 was found at the Oregon coast. A missing person report said Day had ‘uncharacteristically’ left his dog with a friend on the day he disappeared.

In February, members of Day’s family spoke with television news show ‘Dateline,’ saying the investigation into Day’s disappearance had been poorly handled.

Day’s body was found in his Phoenix, Oregon, home in early April.

Friends and relatives had set up the Help Us Find Dennis Day Facebook page.

In a Thursday post, Day’s niece Janel Showers of Clovis, California, thanked the Facebook group for their ‘love and support’ as well as Oregon police investigators for their efforts.

‘Our family is truly thankful to the Oregon State Police for helping to bring closure to our family so that we can finally lay Dennis to rest,’ Showers said.

Friends, neighbors and police in Phoenix, Oregon, started looking for the 76-year-old former Mickey Mouse Club cast member after he was reported missing by Caswell, in late July 2018. 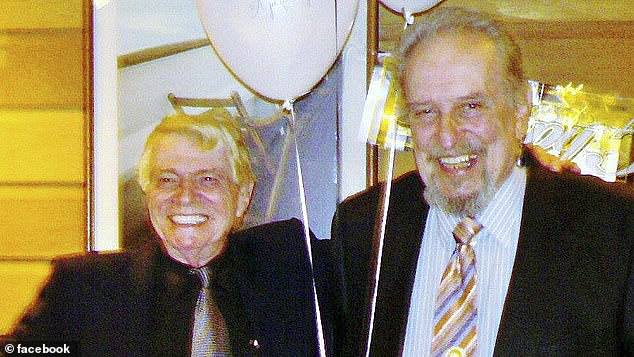 Day (left) and Caswell (right) were partners for 46 years. Caswell suffers from dementia and was unable to give police Day’s family’s contact info at the time he went missing

But, it wasn’t until one of Day’s relatives, who also lives in Oregon, saw a local news report in early January that the rest of his -based family was alerted to the fact that Day had vanished.

The relative ‘saw it on the news broadcast and called us immediately,’ Day’s sister, Nelda Adkins, told  in late February.

‘I called Phoenix Police Department the very next day. The whole family got in on it.’

Adkinds said that police told her that Caswell had reported Day — an actor who got his big break after being cast on the Mickey Mouse Club cast alongside Annette Funicello in 1955 — missing six months prior. 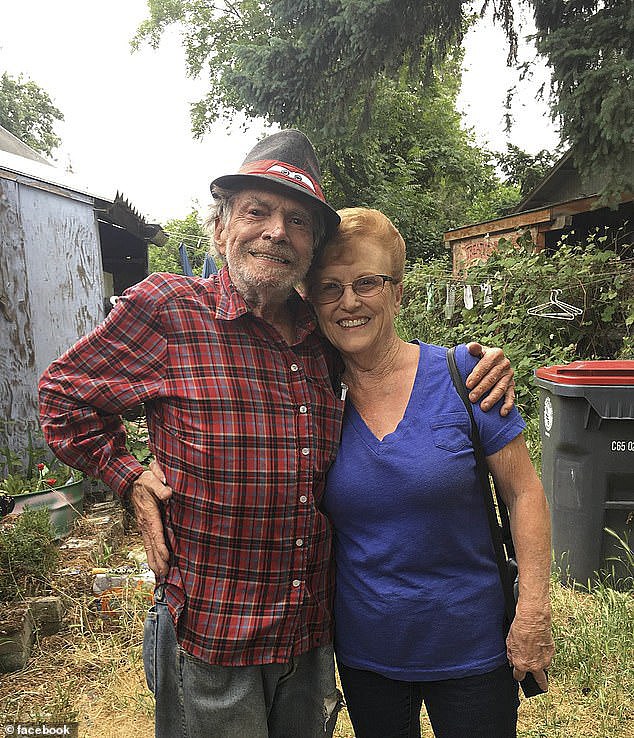 Day’s sister Nelda Adkins (pictured with Day) said that she and her brother didn’t speak too often, so it was not unusual that she hadn’t heard from him in several months

Caswell had been in the hospital at the time, receiving treatment for dementia, when ‘he realized Dennis hadn’t come to visit him in a few weeks’ and asked a hospital staffer to call police, Adkins said.

Adkins said that although she and her brother were close as children — even auditioning for the Mickey Mouse Club together — they didn’t speak to each other often as adults, so it wasn’t a surprise that she hadn’t heard from him in several months.

Day was born in 1942. After moving to California, he began performing at age 6. When he was 10, he was among the first group of children hired for the Disney show.

Day and Caswell moved to Oregon in the 1980s. 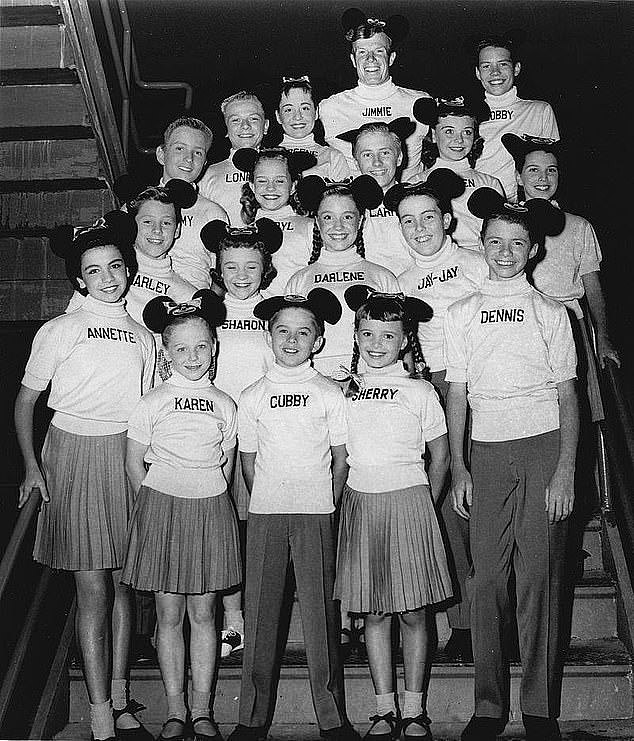 Day (front row, far right) appeared in the first two seasons of the Mickey Mouse Club. He was part of the original cast, alongside Annette Funicello (front row, far left)

Fly into Hurricane Maria: NASA reveals incredible 3D animation
Catholic school teacher 'sent sexually explicit texts to cop posing as a 14-year-old girl'
Private pictures of Prince Harry and Meghan Markle's wedding are leaked on Instagram and Twitter
Amanda Seyfried apologizes after calling out 'semi-influencer' for being 'proud' of her tiny body
Angry Bagel Guy rants at cops as he is handcuffed for 'trying to fight a man' at Long Island park
Coronavirus US: Andrew Cuomo seethes thanks to Trump
Coronavirus: Nations hit hardest had most international travel
Madeleine McCann: German police reveal photo of suspect