says he’ll wait to put tariffs on the remainder of Chinese of goods until he speaks to leader Xi Jinping this month in Osaka.

Trump and Xi are attending the Group of 20 Summit at the month in . The U.S. president has committed to meeting with his Chinese counterpart to discuss their continuing trade war.

He said Thursday in that he’s holding off on $350 billion in new tariffs, because he wants to speak to Xi in person.

‘I make that decision in the next two weeks after the G20. I will be meeting with President Xi and we’ll see what happens,’ he declared. ‘We’re probably planning it sometime after G20.’ 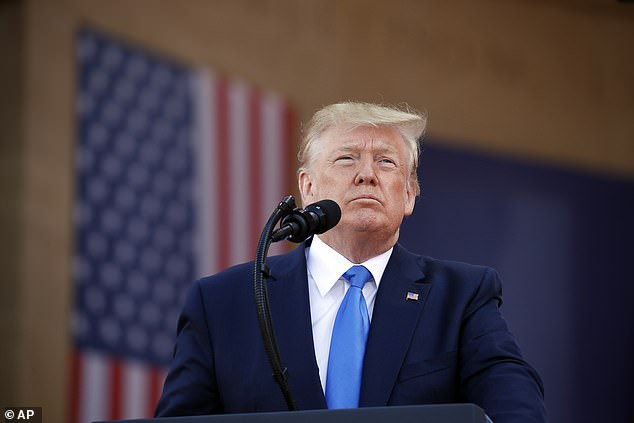 Trump maintains that he has a positive relationship with Xi – even though their countries are at odds on economic issues like subsides and forced intellectual property transfers.

Yet, he’s also said that China is intentionally jerking him around, hoping that a Democratic politician who doesn’t value an air-tight trade deal will be elected.

Trump told reporters on Thursday, while he was in Europe, ‘a lot of interesting things are happening,’ with respect to trade negotiations with China.

‘I think China wants to make a deal badly,’ he insisted.

The president claimed then, as he left Ireland for France in Air Force One, that he could pull the trigger on additional tariffs soon. 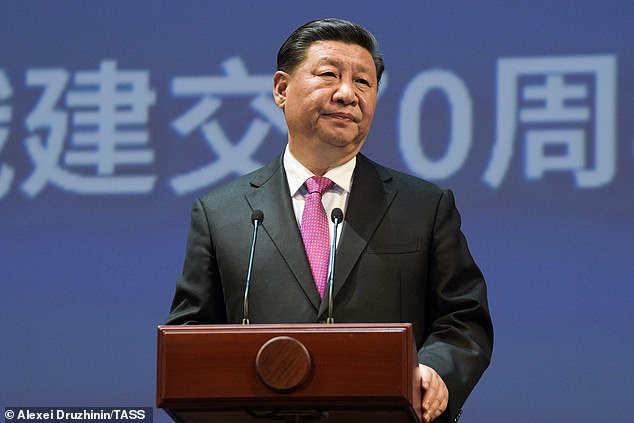 China put $60 billion in retaliatory tariffs on the United States earlier in the week.

He subsequently accused of subsidizing goods to keep prices competitive as he arrived in for a state visit.

Trump boasted Monday that the U.S. is ‘taking billions’ from China in penalties amid a trade fight.

‘China is subsidizing its product in order that it can continue to be sold in the USA. Many firms are leaving China for other countries, including the United States, in order to avoid paying the Tariffs. No visible increase in costs or inflation, but U.S. is taking Billions!’ he said. 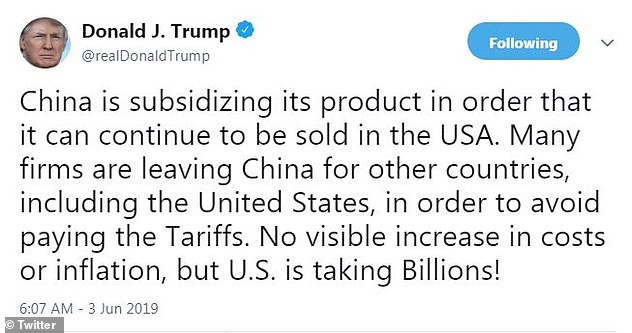 Trump boasted that the U.S. is ‘taking billions’ from China in penalties amid a trade war between the two nations that resulted in $60 billion in new tariffs on U.S. goods on Saturday

Beijing said it would enforce a new schedule of tariffs on U.S. items on June 1 without a deal. The deadline came and went over the weekend with no additional progress toward an agreement, making way for tariffs on some goods to rise to 25 percent.

Tariffs on other items doubled to 10 percent and 20 percent while penalties on another list of goods remained at 5 percent.

The duties are directly correlated with the $250 billion of Chinese goods that Trump taxed at 25 percent.

He’s repeatedly threatened to issue penalties on another $350 billion of goods, if a deal isn’t reached with Beijing. The U.S. has always left the timeline ambiguous for such action.

Trump claimed in May in that the U.S. and China were close to a deal, but Beijing backed away from key promises at the last minute.

‘I say openly to President Xi & all of my many friends in China that China will be hurt very badly if you don’t make a deal because companies will be forced to leave China for other countries. Too expensive to buy in China. You had a great deal, almost completed, & you backed out!’ he tweeted.

The U.S. is demanding that Beijing end its subsidies for a range of products, including steel and aluminum, as part of a trade agreement.

Chinese subsidies reportedly reached $23 billion in 2018, a 14 percent increase from the year before, per the

Subsidies are hard to calculate, because Beijing doesn’t fully disclose the products its supporting and the amount of padding its providing.

U.S. Trade Representative Robert Lighthizer said in May that that China had made ‘good, firm commitments on eliminating market-distorting subsidies’ before talks fell apart.

China says it will not allow a foreign government to tell it how to manage state-owned enterprise.

The demand from the U.S. wasn’t anticipated to be totally met, even at the height of talks.

‘To expect the end of essentially a planned or a centralized economy would be awfully ambitious,’ Democratic Sen. Chris Coons of Delaware told the last month.