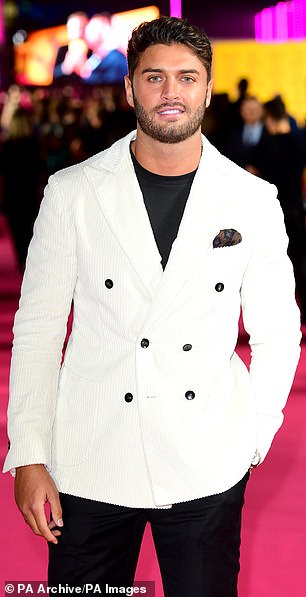 The family of Love Island star Mike Thalassitis have today paid an emotional tribute after it was revealed took his own life following an alcohol and cocaine binge.

The 26-year-old was found hanging by a woman out jogging near his home in Edmonton, north London, on March 16 this year.

Mike had left notes to his family in a book next to his body, which ‘clearly set out his intention that his life should come to an end,’ an inquest heard today.

The black notebook was ‘a combination of a diary, letters and positive thoughts’ and contained letters to his family in the back.

His mother described him as a ‘wonderful son and brother.’

Montana, who broke down after Mike’s death when she realised she had not replied to his final text message, gave an emotional speech outside the hearing urging people to ‘be kinder.’

Toxicology results showed there was cocaine, ethanol and paracetamol in his system when he died.

Mike is thought to have taken his own life amid mounting debts, and had struggled to come to terms with the death of his grandmother, who he had been caring for.

There was a public outpouring of grief following his death, with Love Island presenter Caroline Flack calling Thalassitis a ‘total gentleman’. 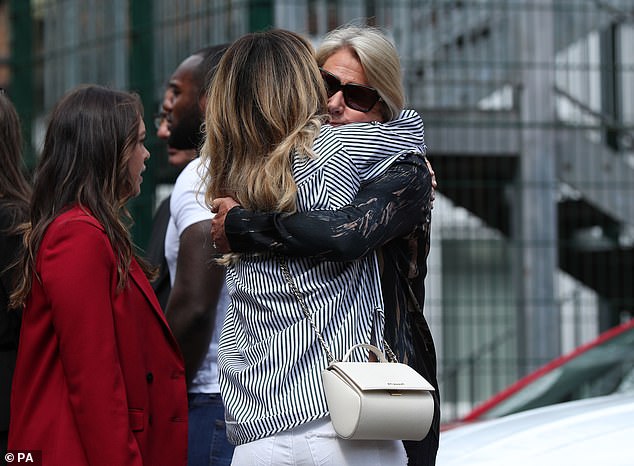 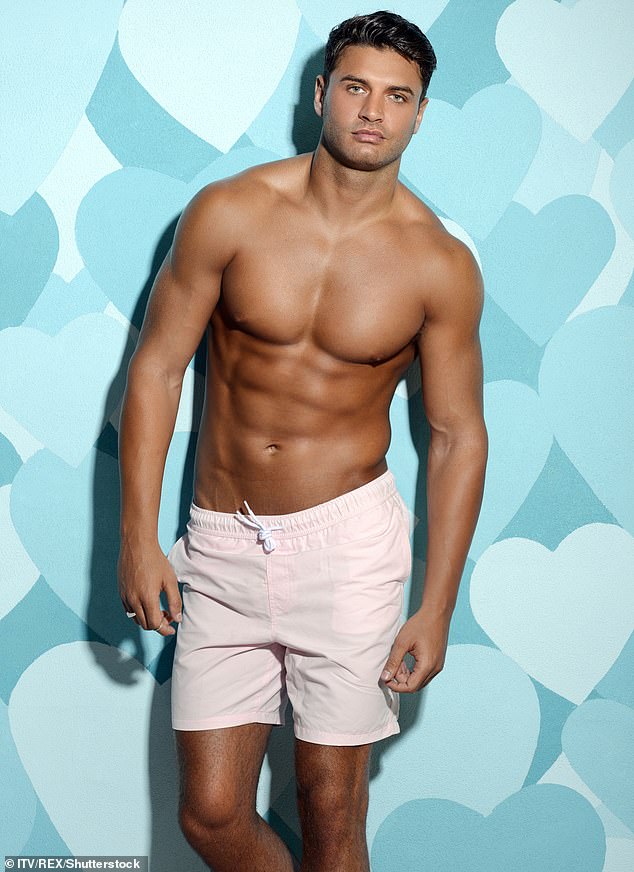 Toxicology results showed there was cocaine, ethanol and paracetamol in his system at the time of his death 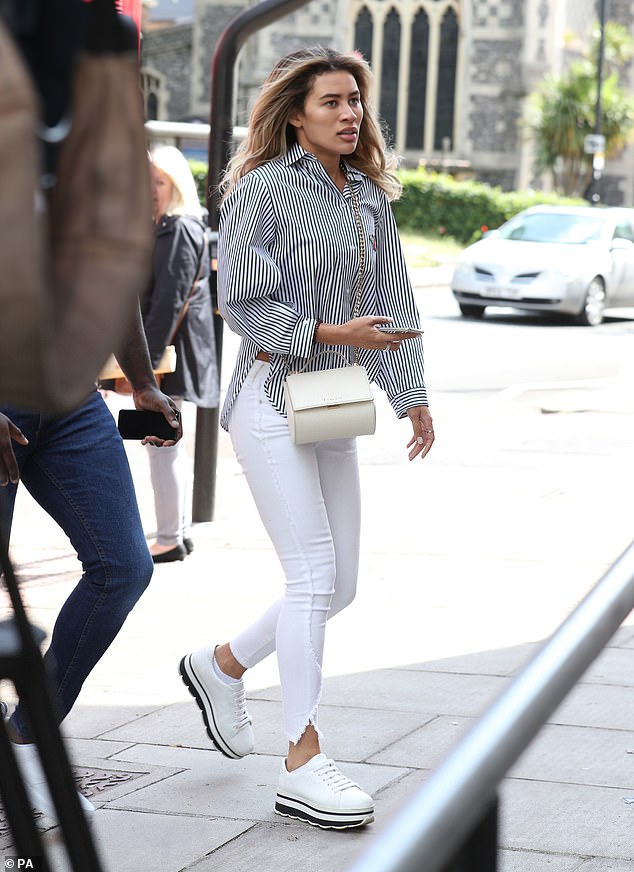 According to Montana Brown (pictured this morning), Mike had been in a ‘dark place’ in the months before he died 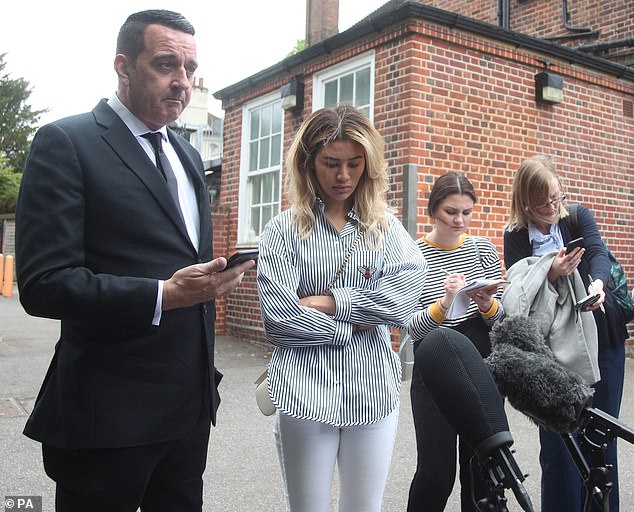 Mike’s manager Dave Read (left, with Montana Brown) read a statement on behalf of his family

Reading a statement on behalf of Mike’s family, his manager Dave Read said: ‘We would like to take this opportunity to thank everyone for their kind messages and support during this very difficult time.

‘Today’s inquest concluded the sad news at the loss of our beautiful son and brother.

‘We would respectfully request privacy at this time and digest what has happened to our family.

‘Mike was a wonderful son and brother and will be dearly missed.’ 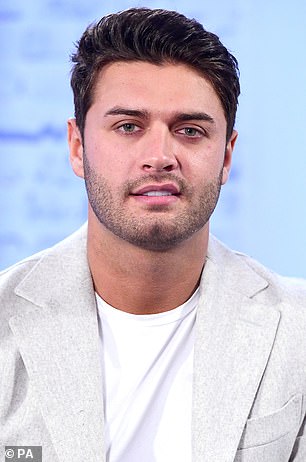 The hearing was due to take place on May 29 but was delayed until two days after Love Island 2019 started.

According to Montana Brown, Mike had been in a ‘dark place’ in the months before he died.

Speaking after today’s hearing Montana said: ‘I don’t really have too much to say, but what I will say is I think when someone dies in this way you don’t give up on the memory and I think that a lot of people are scared to talk about it.

‘But I think it’s important to let his memory live on and remember the importance of why this happened, and to change your own life on what terrible, terrible thing has happened to Mike.

‘I think everyone should be nicer, a little bit kinder – it’s such an awful world we live in, it’s just nice to be nice.’

She added: ‘I’ve definitely changed the way I live my life – and I urge others to do the same.’

A toxicology report found traces of an anti-depressant in Mike’s blood at a ‘therapeutic’ level as well as a painkiller.

Mike, who featured in the third season of the ITV reality show in 2017, was a semi-pro footballer and had plans to set up a restaurant in Essex with fellow footballer Scott Neilson at the time of his death. 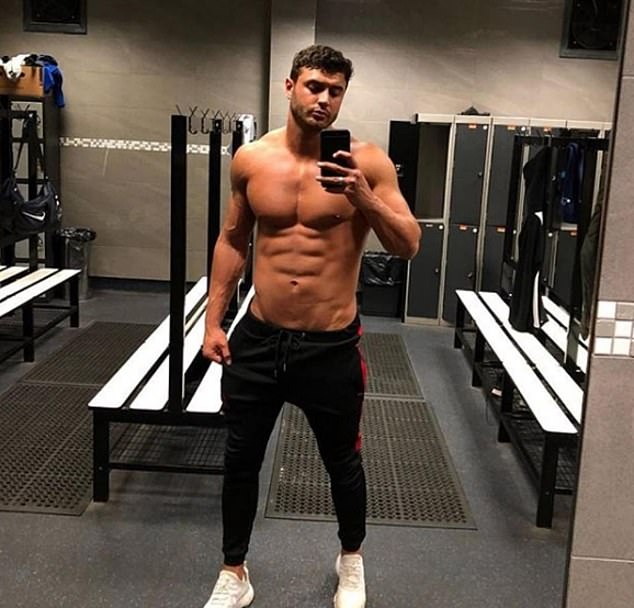 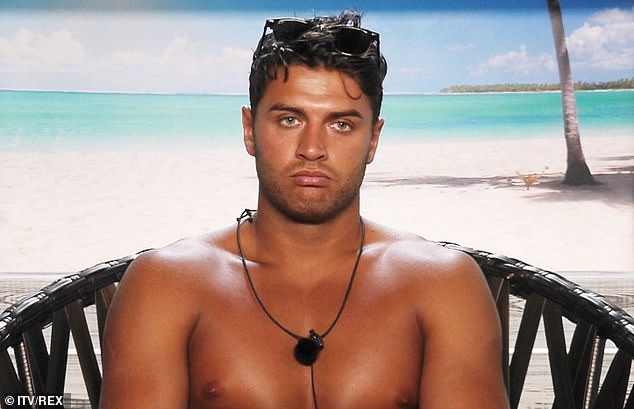 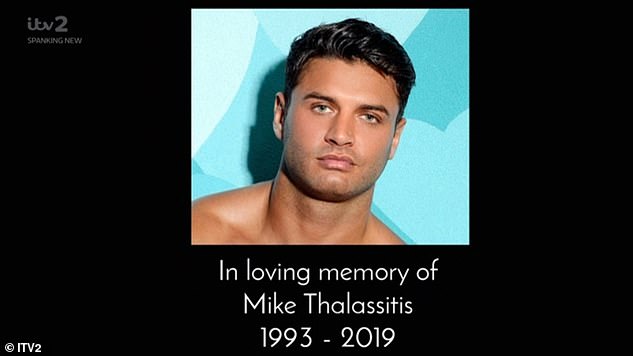 Tribute: Love Island viewers were left in tears after the show paid tribute to Mike Thalassitis at the end of the first episode of the latest series on Monday

After Love Island, Mike also appeared on the fourth series of Celebs Go Dating on E4.

The fifth season of the hit-reality TV show aired on Monday aired a tribute to the late contestant after the credits had rolled.

A black screen appeared alongside a photo of Thalassitis and a message that read: ‘In loving memory of Mike Thalassitis 1993 – 2019’.

Mike is the second former contestant to have taken their own life since the series began in 2005 and was re-booted in 2015.

Model Sophie Gradon, 32, appeared on the second series of the reboot and was found dead in June 2018. 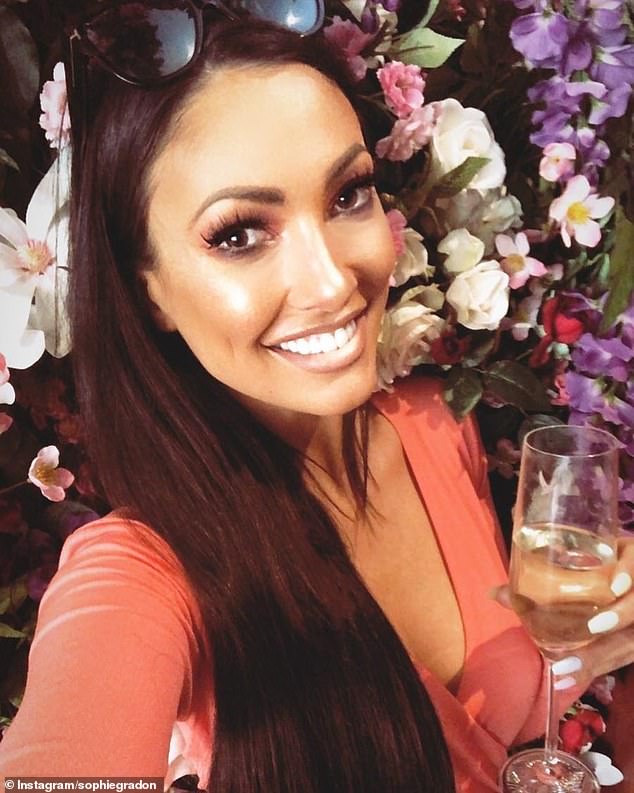 Model Sophie Gradon, 32, appeared on the second series of the reboot and was found dead in June 2018 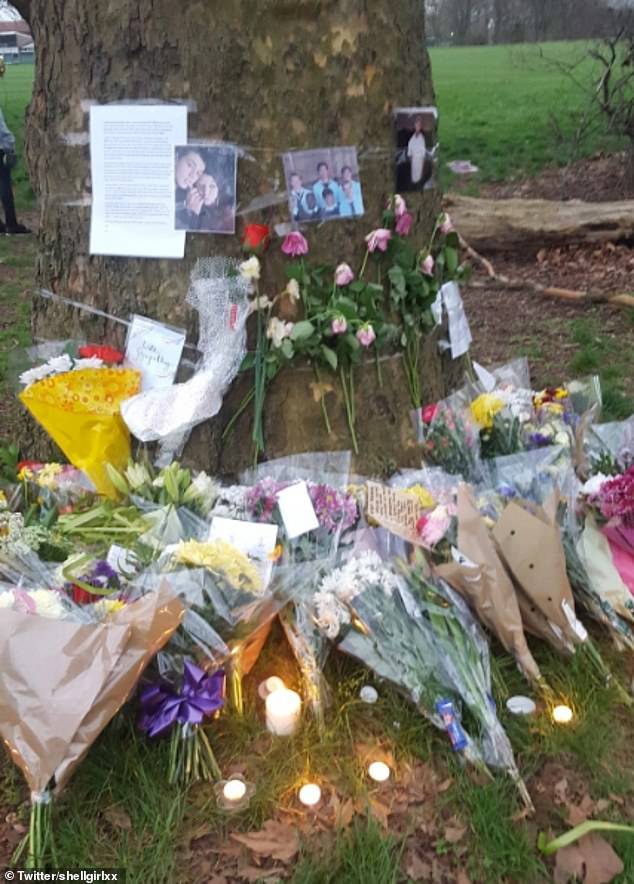 The 26-year-old was found hanged in a park in Enfield, north London on March 16 this year

His death helped to spark national discussion over the welfare of reality star and the aftercare provided to those who are suddenly thrown into the spotlight.

Health Secretary Matt Hancock said in the wake of the star’s death: ‘The sudden exposure to massive fame, I suppose, can have significant impacts on people and I think that it is a duty on any organisation that is putting people in the position of making them famous overnight, that they should also look after them afterwards.’

Love Island said it would be offering further support and ‘bespoke training’ to contestants in future.

Recording a verdict of suicide and confirming a cause of death as cerebral hypoxia and hanging, Senior Coroner Andrew Walker said: ‘There were no suspicious circumstances.

‘It seems to me that I can be satisfied on the balance of probabilities that Mike Thalassitis did voluntarily do an act namely hanging himself from the branch of a tree while he was conscious of what he was doing.

‘The summary of the notes set out plainly as far as I can see that Mr Thalassitis’ intention was that his life came to an end.’

Orca again to feeding, frolicking after carrying lifeless calf
Nicki Minaj seems to be scorching in wild fringed boots as she heads to TRL
Candice Swanepoel reveals the 'crazy veins' covering her chest after breastfeeding
NBA roundup: Durant leads Warriors' rally past Knicks
Pensioner, 67, 'breached restraining order by pointing a CCTV camera at her neighbour's kitchen'
Probe into murders of Northern Ireland policemen killed in landmine blast during Troubles in 1982
Tracey Cox reveals the five unusual reasons you stop lusting after your partner
Trump wont declare a national shutdown, leaves it up to governors