Around 70 firefighters were sent to the home of JLS star Oritse Williams this afternoon after a large fire broke out – just days after he was cleared of raping a fan in a hotel room.

Ten fire engines were called to the blaze at the singer’s £3million mansion in Croydon at around 4.27pm. Fire crews from Addington, Croydon, Biggin Hill were dispatched to help control the flames.

The cause of the fire is currently under investigation, but no persons were injured in the fire. The 32-year-old singer’s home had fallen into a state of disrepair after he was charged with rape last year. 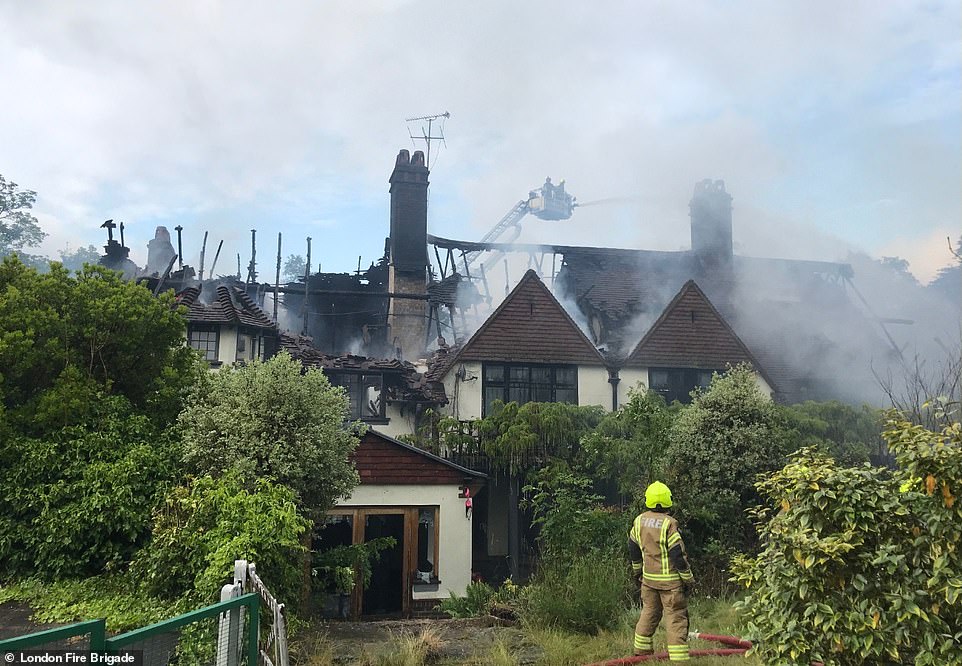 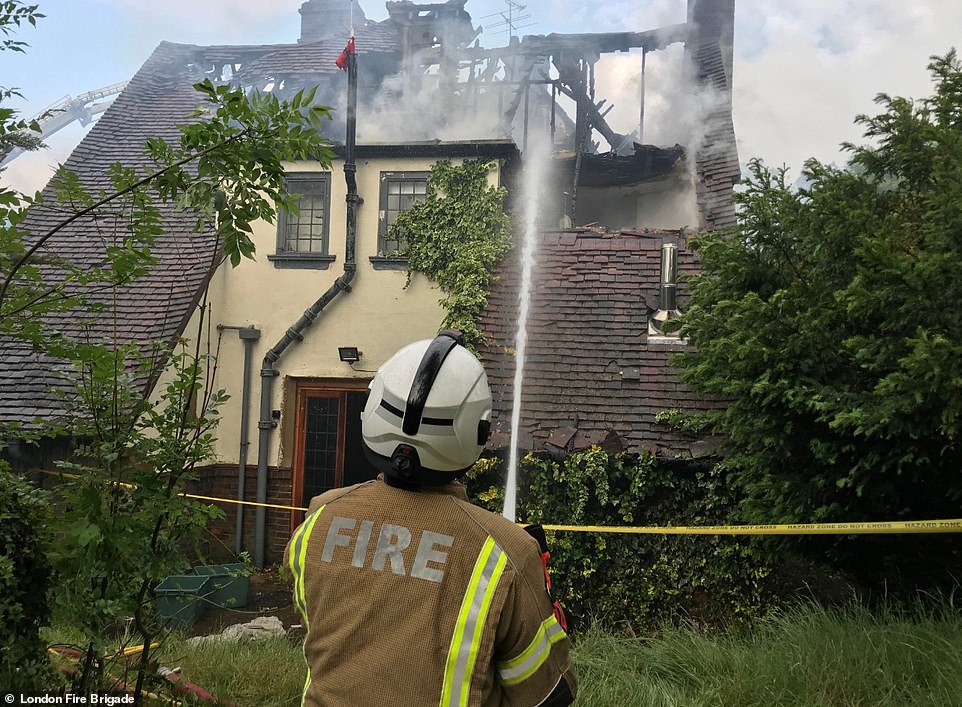 A firefighter tackles a blaze at the home of Oritse Williams in Croydon. Around 70 firefighters were sent to the scene at the height of the blaze 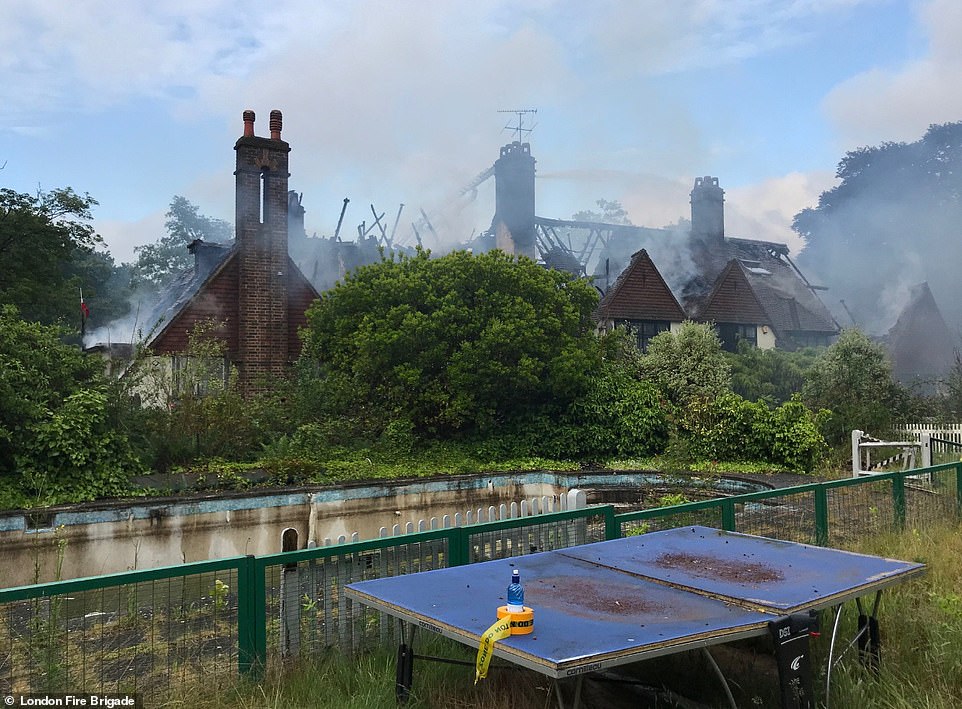 Part of the first and second floor of a detached three-storey building were damaged by fire. A small part of the roof was also damaged 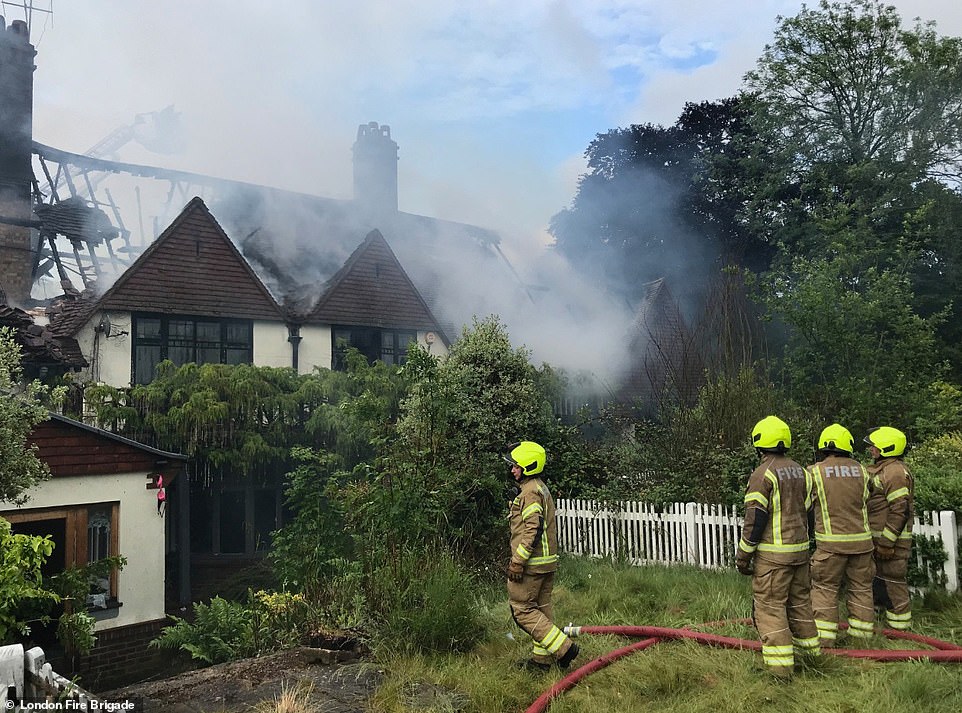 Fire crews from Addington, Croydon, Biggin Hill, Purley and surrounding fire stations were sent to the scene. The roof was completely destroyed in the blaze

It was formerly owned by the late comedian Ronnie Corbett and pictures taken late last year show a smashed window, a broken fence and an overgrown garden with discarded furniture.

Last week, the singer was found not guilty of the rape. He had been accused of launching a sex attack on a 20-year-old tattoo artist, after plying her and two pals with alcohol on December 2, 2016.

Friend and tour manager Jamien Nagadhana, also 32, was also charged with sexual touching and assault by penetration of the same woman at the pair’s room in Wolverhampton’s Ramada Hotel.

A jury of eight women and four men took two hours and 17 minutes to find Williams and Nagadhana not guilty of all charges following a trial at Wolverhampton Crown Court. 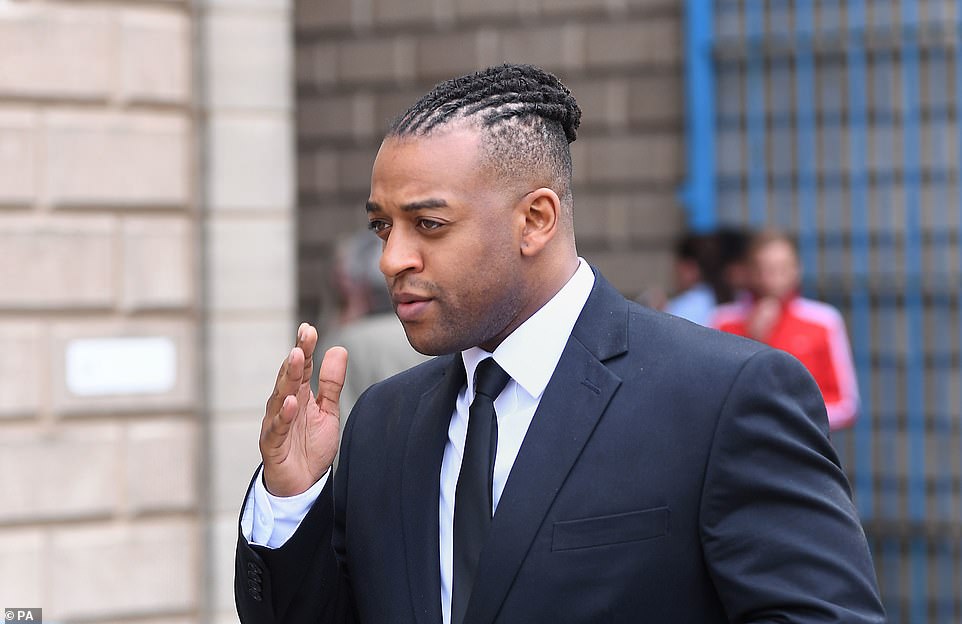 The singer is not believed to have been living in his Croydon property at the moment. He had previously spoken of renovating it, but this was likely put on hold following during his trial.

Ronnie Corbett lived in the home, which was said to be his pride and joy for 33 years. He passed away in March 2016. Mr Williams moved into the property back in 2013, with then girlfriend AJ Azari. The pair share a son.

Photos from the rundown property showed a slimy green swimming pool, along with a fence in disrepair surrounding the property, and an overgrown garden with some discarded furniture. 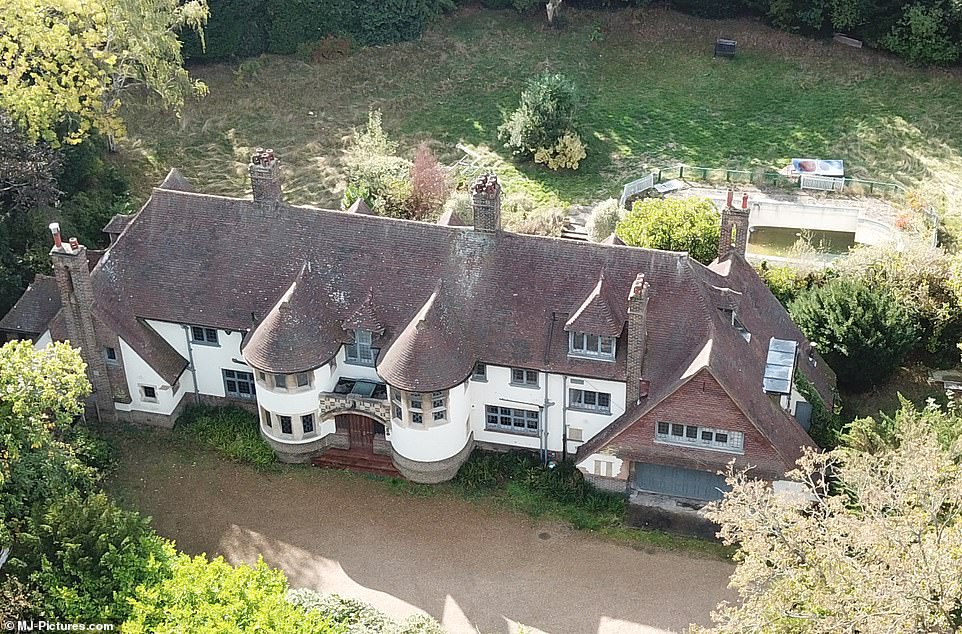 Wear and tear on the once grand property’s roof was visible in a further aerial shot. It was formerly owned by the late comedian Ronnie Corbett and pictures taken late last year show a smashed window, a broken fence and an overgrown garden with discarded furniture 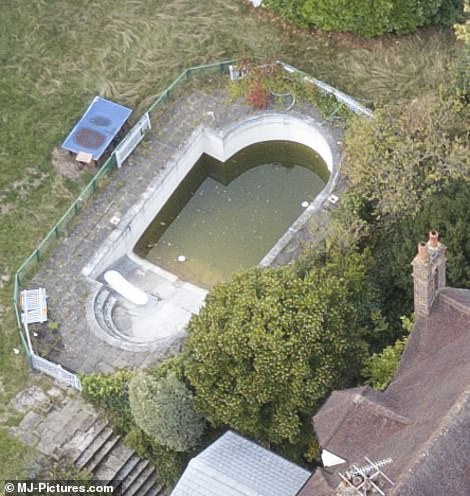 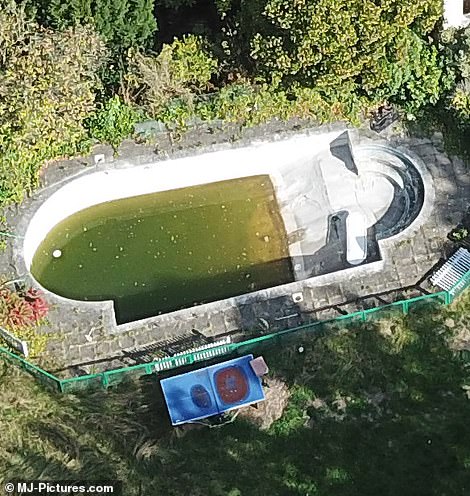 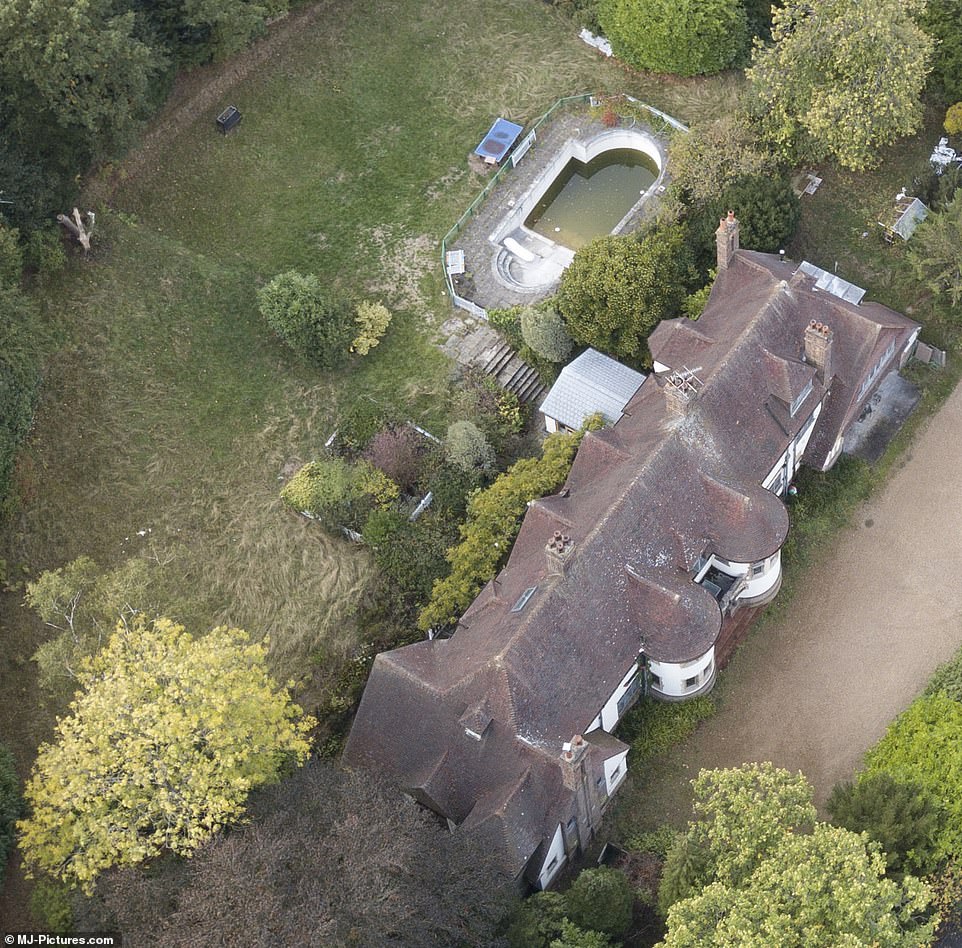 The property looked a little tired, but Oritsé does not appear to be living there at present. A fire today devastated the roof of the property, and caused significant damage to the interior 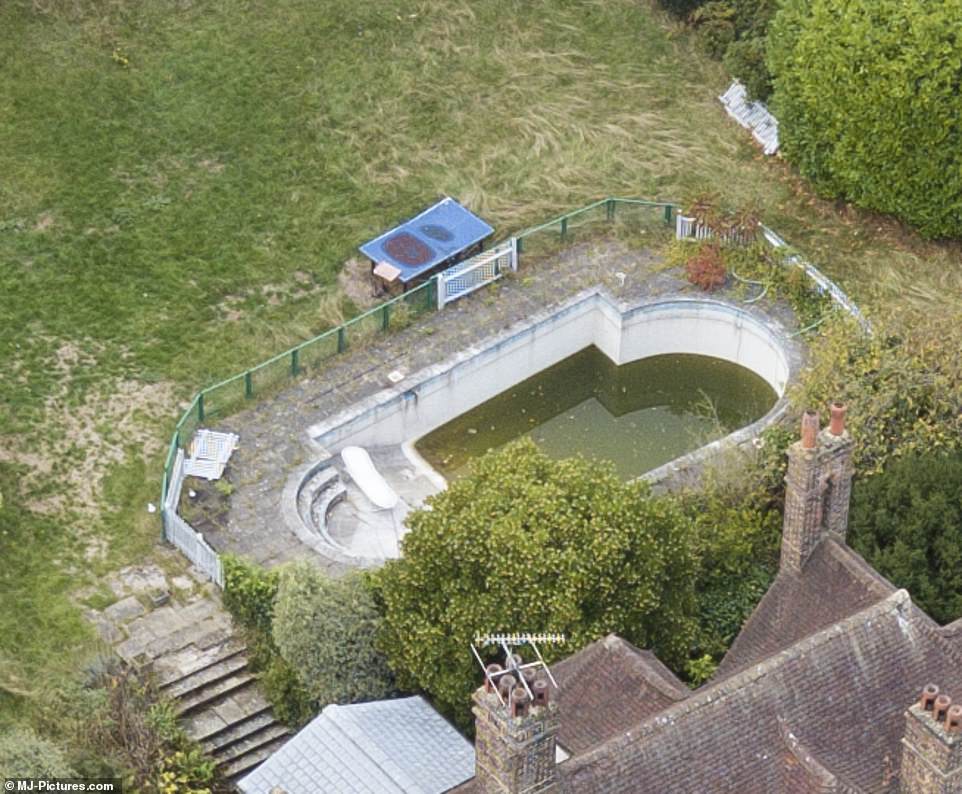 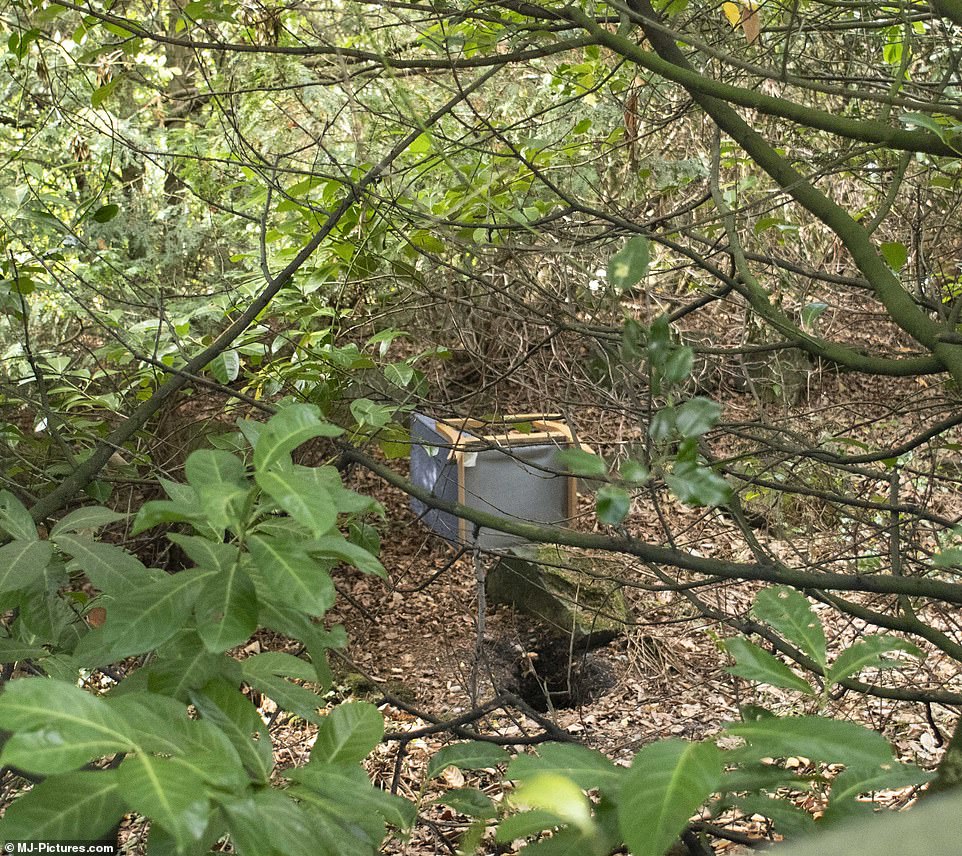 The Beat Again hitmaker, 32, moved into the property back in 2013, with then girlfriend AJ Azari. The pair have a son – closer inspection shows a discarded chair lying strewn in the garden 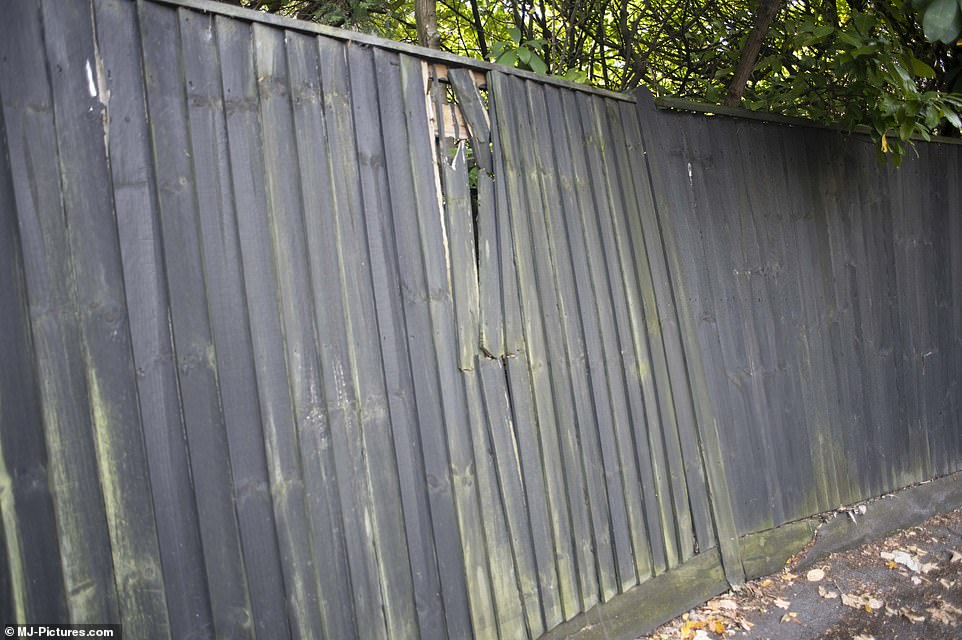 Photos from the rundown property show a fence in disrepair surrounding the property, and an overgrown garden strewn with rubbish 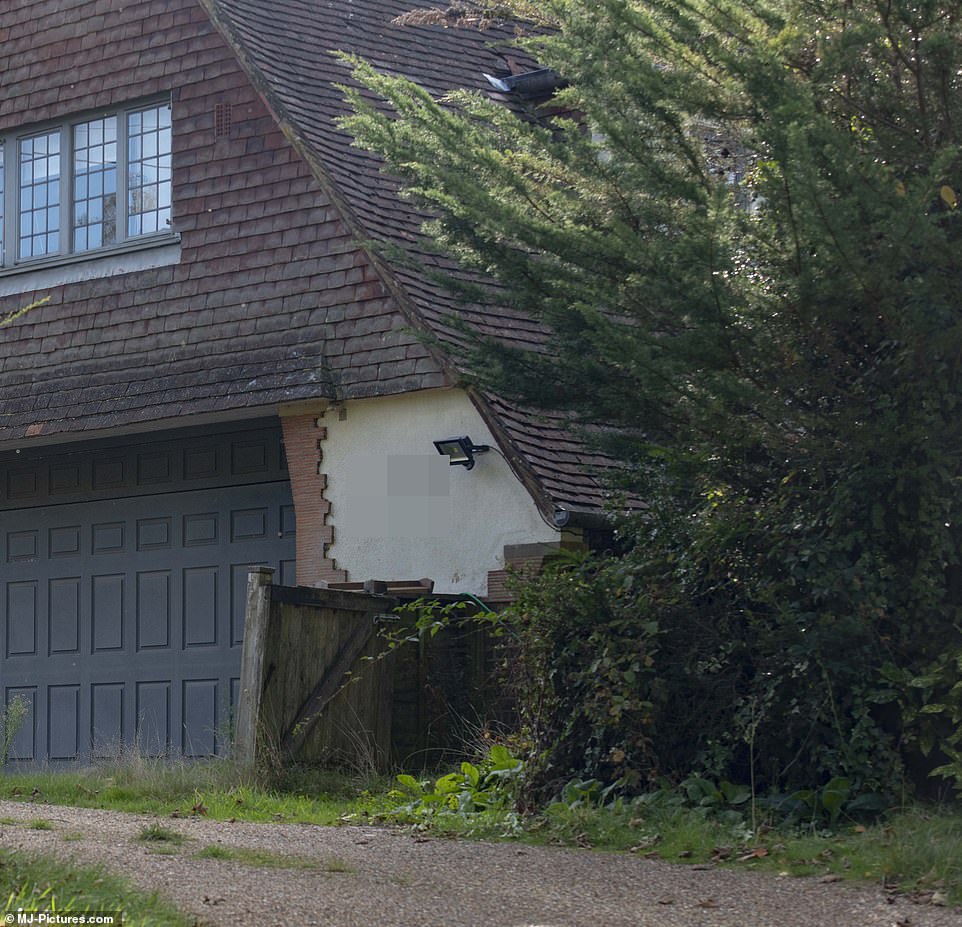 JLS star Oritse Williams’ £3million South London home, previously owned by Ronnie Corbett, appears to have fallen into disrepair – he was charged with raping a 20-year-fan back in September, but he has denied that he is guilty

The terrifying moment an HGV smashes into two stationary cars
Prince William jokes that he FORGOT Kate's birthday during Air Ambulance visit
BAFTAs TV 2019: Stars descend on the red carpet for super glam bash
Man charged with attempted murder over New Year's Eve knife attack at Manchester Victoria station
Hong Kong authorities close government offices after crowds and riot police clash in day of violence
Nike is criticised after unveiling new women's shoe that 'looks like an iron'
How we got Emma Thompson to make a pro-Brexit speech
Boris Johnson might be forced to go to the country but it remains a huge risk, says JOHN CURTICE