Transgender teen and reality show star Jazz Jennings supported her LGBTQ community by wearing a rainbow cap at her high school graduation this weekend, and spoke to her class about being uniquely themselves in her valedictorian speech.

The 18-year-old from Florida shared pictures from the ceremony on Instagram on Saturday, captioning them with an explanation of what it meant to her to decorate the cap with the Pride flag.

‘I designed my cap with the trans and LGBTQIA+ flag,’ she wrote in her caption. ‘This pride season is more than just a celebration. It is imperative that we unite in Love and demand our equal rights. I wholeheartedly believe in our combined power to create change.’ 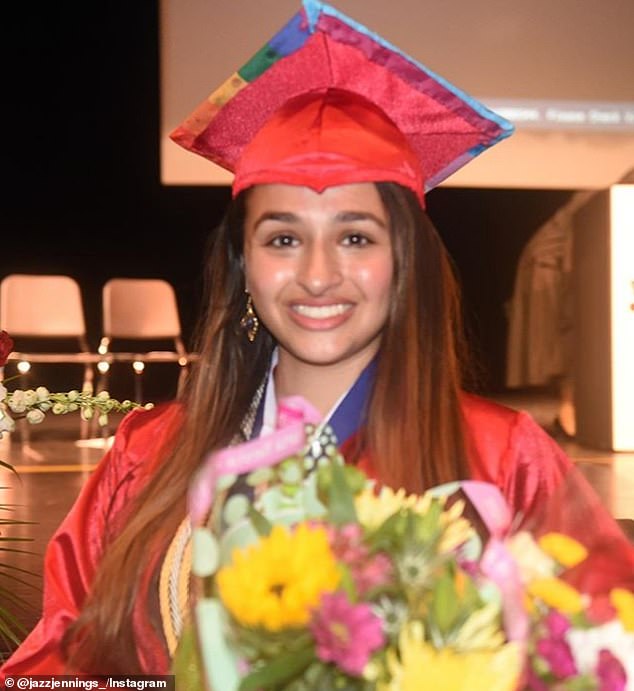 Exciting day: Jazz Jennings, 18, graduated from Broward Virtual School in Florida as the valedictorian. She wore a rainbow cap decorated to represent the Pride flag 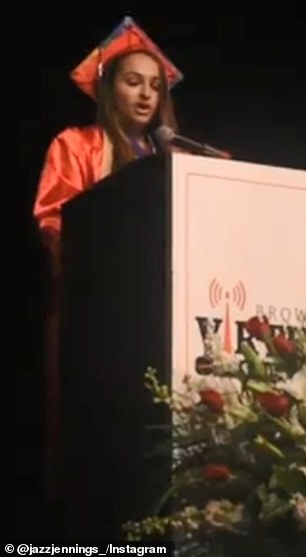 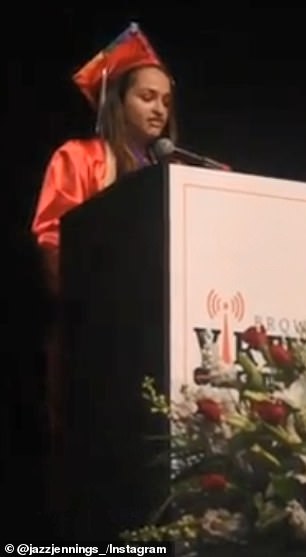 Amazing: On Instagram, the transgender teen shared pictures from her graduation and the speech she gave to her fellow classmates 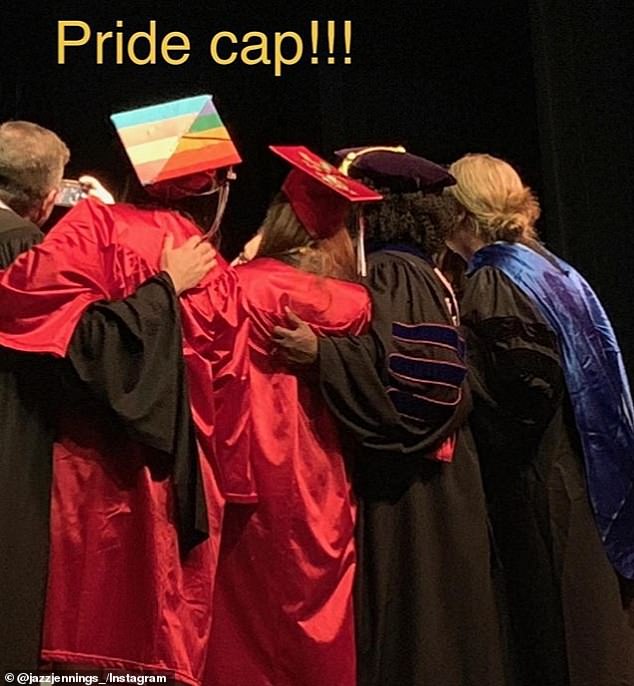 Celebration: Jazz, who is a transgender woman, decided to decorate her cap with the Pride flag to show support for the LGBTQ community

At the beginning of 2019, Jazz shared with audiences of TLC show I Am Jazz that she was leaving high school for Broward Virtual School — an online school for children from kindergarten to 12th grade in Coconut Creek, Florida.

The episode entailed Jazz explaining to her parents why she wanted to leave public school and instead finish her education online, claiming the environment was causing her to binge eat and make her unhappy. 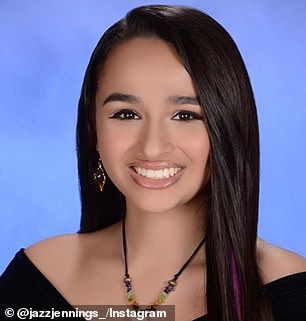 Inspired: ‘Our one similarity is that we are all different,’ Jazz said during her speech. ‘We are all so uniquely distinct in who we are and the journeys that we are exploring’

She has since graduated from the virtual school as the valedictorian.

In her speech, Jazz detailed how she hoped everyone in her class would continue to embrace their differences after choosing a nontraditional path towards education.

‘In writing this speech, I found it to be a challenge, as I realized that many of you don’t know me personally and I don’t know most of you,’ Jazz, who shared the video on Instagram following, said.

‘However, there is one experience that we all share,’ she continued. ‘All of us are unique in that we decided for ourselves to walk upon the unpaved path. Whatever our reasoning may have been, we all took action and made changes to accommodate our own happiness rather than alter ourselves to accommodate the traditional method of success.

‘In this world of conformity, where people often alter themselves in order to fit in, we all deliberately chose to take part in an unconventional method of learning that most people don’t understand.

‘But it didn’t matter to us what other people thought. We all knew that, regardless of what is socially normal, we must always listen to our inner voice and follow our personal happiness.’ 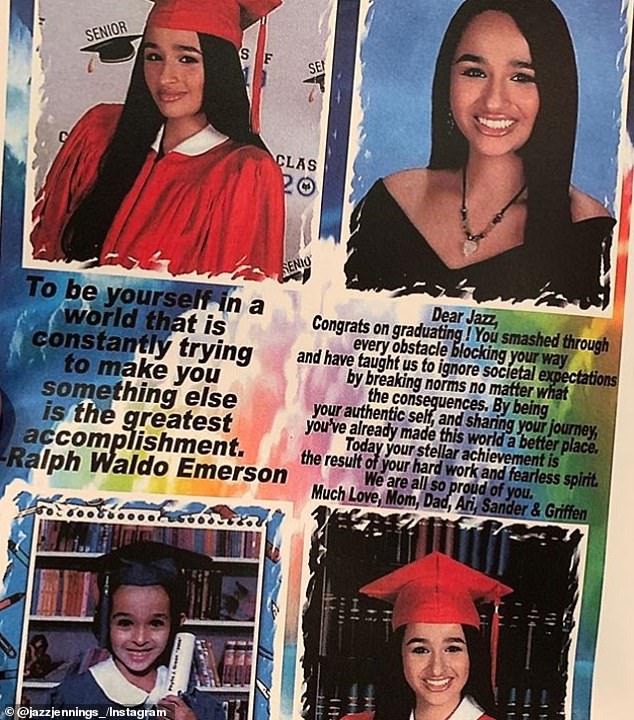 Cute: Jazz’s parents even created her a page to celebrate her achievements of graduating from high school 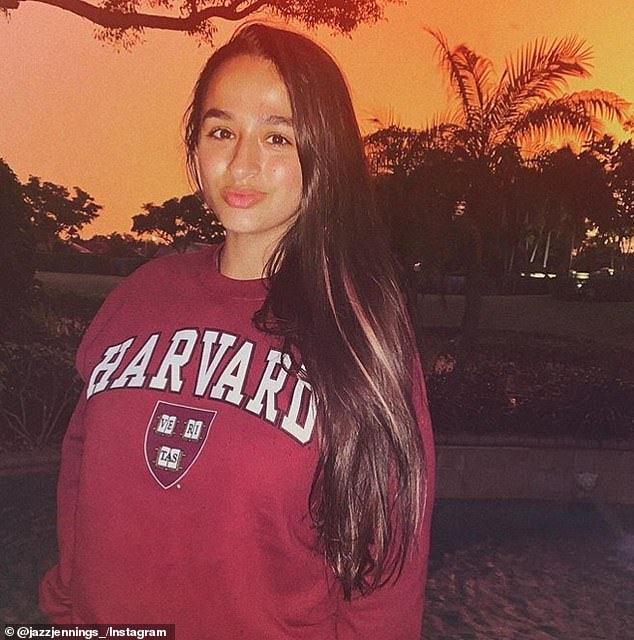 Next stop: The 18-year-old will attend Harvard University in the fall and plans to study either gender or religious studies 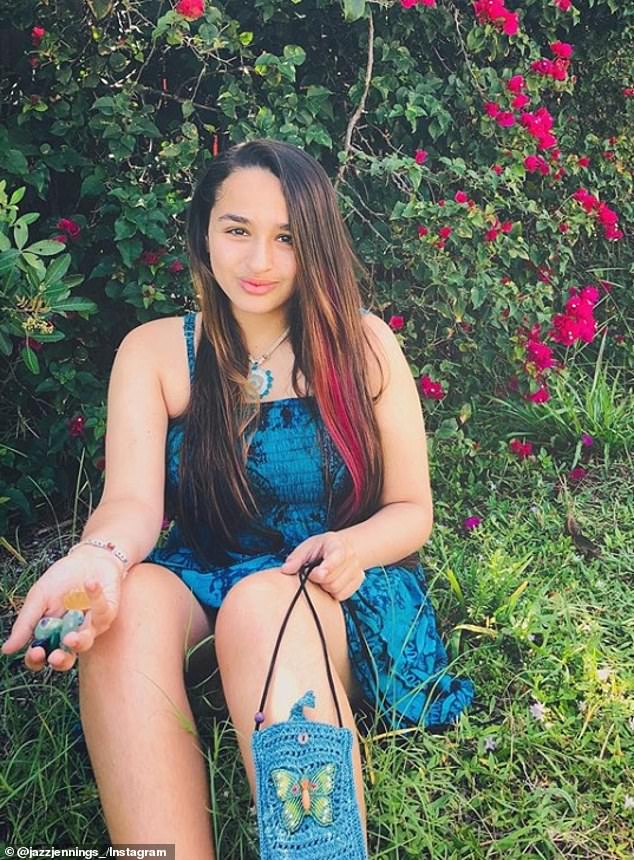 Change: Jazz unveiled on her TLC show, I Am Jazz, that she wanted to drop out of regular high school to instead attend Broward Virtual School. This decision was to help with her happiness 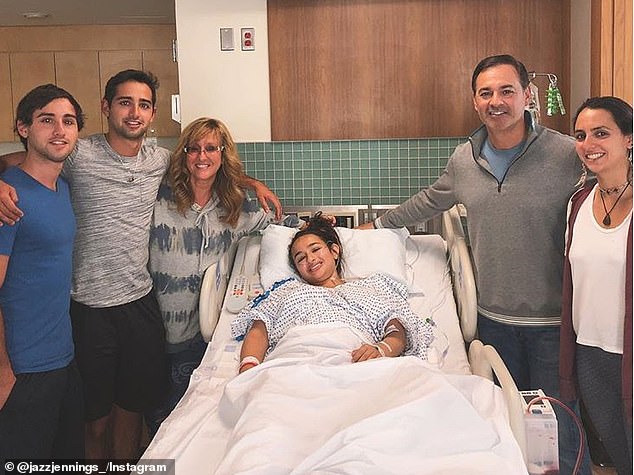 Big news: In June 2018, Jazz, pictured with her family, underwent gender reassignment surgery. The journey was documented on her reality show

‘Our one similarity is that we are all different,’ she said. ‘We are all so uniquely distinct in who we are and the journeys that we are exploring. We’ve all realized this and can be proud of ourselves for that.

‘Overall, the journey getting here was not an easy one for any of us. For me, [Broward Virtual School] was a total lifesaver. At traditional high school, I had set the goal of trying to be valedictorian. It caused me to put immense pressure on myself to be academically perfect and be number one.

We are all so uniquely distinct in who we are and the journeys that we are exploring. We’ve all realized this and can be proud of ourselves for that

‘Ultimately, I came to the realization that being valedictorian was merely a goal, an outcome. It was all about the destination, rather than the journey. It was preventing me from being present and enjoying the day-to-day experience of life.’

She continued: ‘Heading into this next chapter, I just want everyone to be happy. Set goals for yourself where it’s about the journey, not the destination, because experience itself is what creates the ending that we all desire. The ending where we discover our true selves and in the process our happiness.

‘I encourage everyone to move forward in life with that mindset. Follow your dreams, pursue your passions and always listen to the inner voice within you that sings its truth of freedom and love. Never lose sight of who you are. Today, tomorrow and eternally.’

Jazz will attend Harvard University in the fall with the intention to study gender or religious studies.

The LGBTQ activist will also continue to film her TLC show, which documents her daily life as she navigates being a young transgender woman. 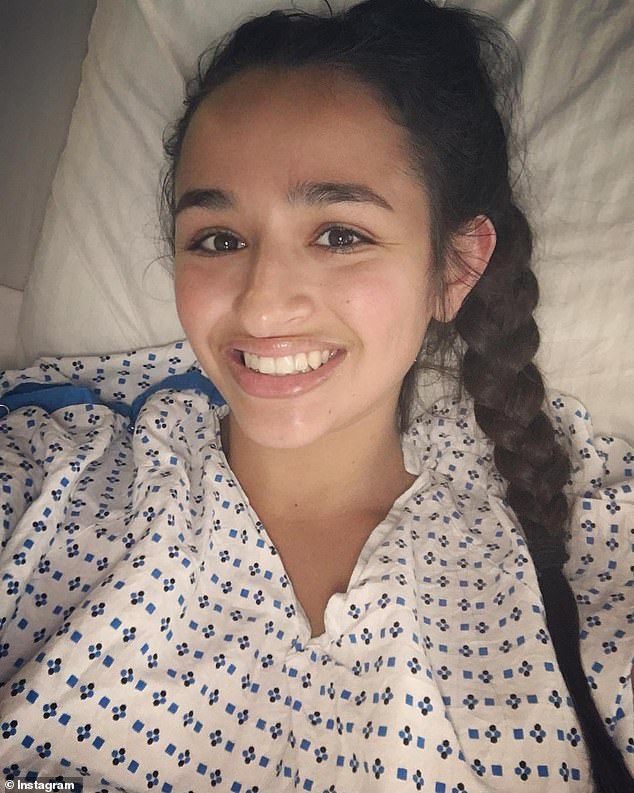 Success: She shared a selfie from hospital after her surgery, writing: ‘I’m doing great, thanks for all of the love and support’ 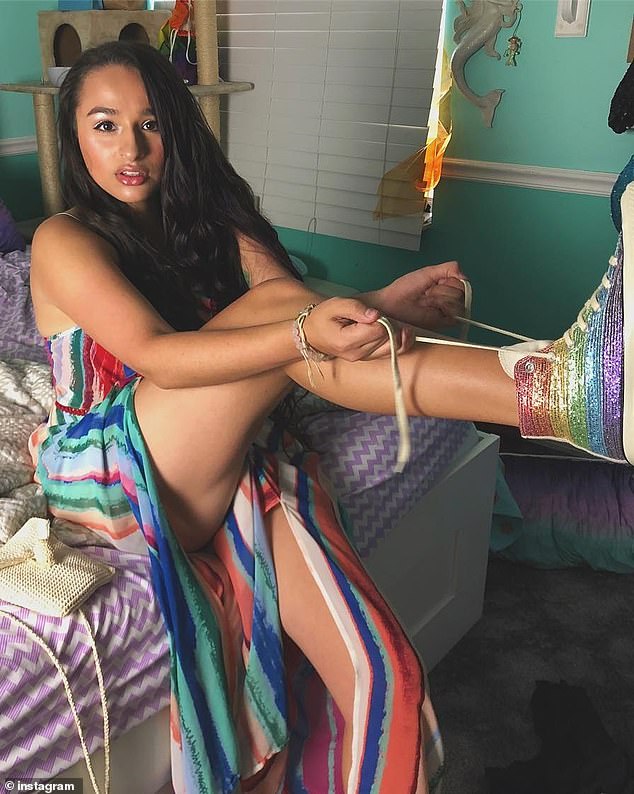 Priorities: The teenager also recently partnered with Gillette Venus as a spokesperson

In June 2018, Jazz underwent gender reassignment surgery, which was documented on her show. The decision came after years of Jazz identifying as a woman instead of a man.

Criticism has often followed Jazz because she started speaking about her gender identity at the young age of six. She and her family would often appear on television during that time to discuss why Jazz identified as a female.

The platform formed early into Jazz’s life allowed her to launch her own reality show further detailing her life.

Despite any criticism she might receive, Jazz has chosen to focus on embracing who she wants to be in society.

She recently starred in a campaign for Gillette Venus as a spokesperson for the brand’s #MySkinMyWay campaign, which aims to promote women who celebrate their skin ‘without conforming to conventions’.

The campaign challenged women to rethink what their ‘skin rules’ should be for themselves. For Jazz, she recognized shaving her legs doesn’t necessarily need to be a requirement as a woman.

‘Now, if I don’t feel like shaving my legs, I don’t have to,’ Jazz previously told .

‘I hope that I can inspire women to no longer feel obliged to fit within the mold of what we think is beautiful. Pick up the razor and say, “This is my skin and I am going to do it my way.”‘

Jazz has been very outspoken about embracing her identity and living outside the mold, as she became one of the youngest publicly documented people to identify as transgender.

Suspect arrested in Tekashi 6ix9ine kidnapping pistol-whipping incident from July
Jussie Smollett was two-and-a-half hours late for his ABC interview
Meet the completely UNRELATED doppelgangers who share striking similarities, not just in their looks
Mulvaney wants to join a lawsuit to find out if he has to listen to Trump who insists he not testify
Jacinda Ardern bows her head during emotional White Island minute's silence
Rose McGowan slams Snoop Dogg for attack on Gayle King
Donald Trump mocks his single Oval Office meeting with Barack Obama
Secret Service paid Trump's Washington DC hotel more than $33,000 while guarding Steve Mnuchin