The President’s nuclear football has been spotted leaving 10 Downing Street today as Donald Trump’s visit to the UK comes to an end.

The leader of the western world is always followed by the briefcase – officially called the Presidential Emergency Satchel – and a military aide wherever he goes so he can launch a nuclear strike at short notice.

The aide is one of five who rotate in the role of carrying it while President Trump is on his state visit to the UK until Wednesday. 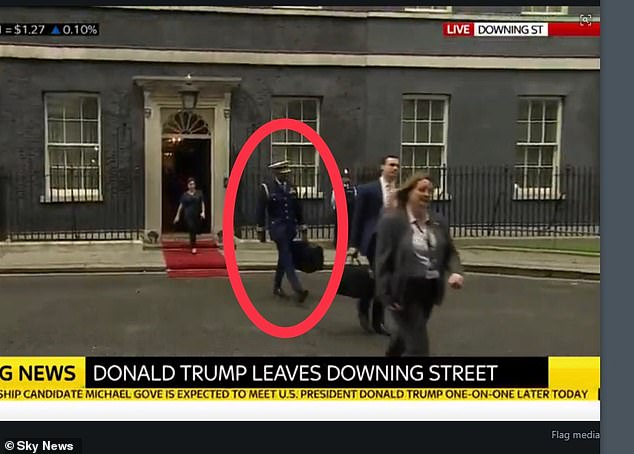 The aide, who is one of five, was spotted carrying the nuclear football out of 10 Downing Street today

The nuclear football has joined every US president when they are away from the White House since the Cuban Missile Crisis in 1962, after John Kennedy got nervous over a threat from the small Caribbean country.

It originally got its name from an Eisenhower-era nuclear war plan, code-named ‘Dropkick’, and was created to make sure a nuclear war option was always near the president.

There are three of the bags in total, one is with the president, one with the vice president and the other kept safe in the White House. 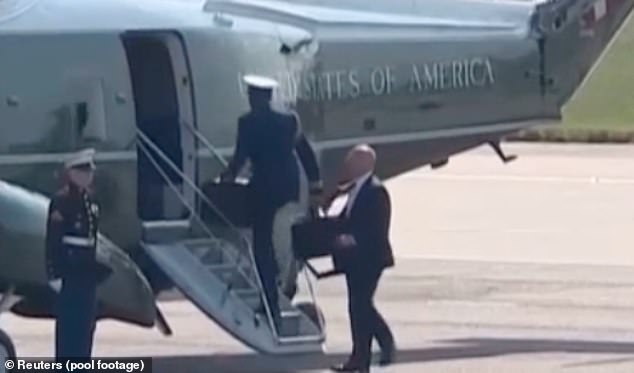 The ‘ball carriers’ who look after the cases also carry Beretta pistols and have to shoot anyone who tries to take it.

Little is made public about what is inside the cases and it regularly changes.

But a small antenna that pokes out the top of the case means it likely contains a satellite phone.

There is also a 75-page book that informs the president of his options for a nuclear strike, with another highlighting places he could hide during a nuclear war.

A ten-page folder on contact details for military leaders and broadcasters sits next to a sealed laminated card known as the Biscuit. 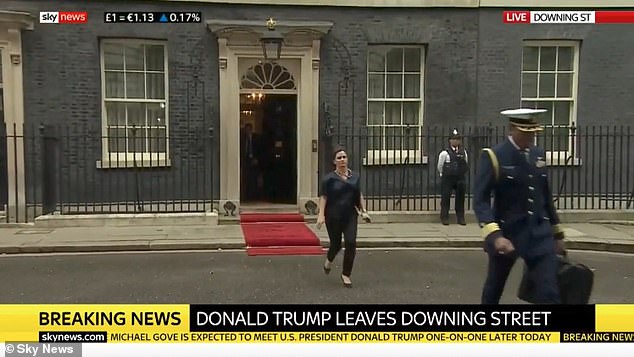 This looks like a large credit card and shows letters and numbers, with the president having to memorise where on it sits the Gold Code.

In the event of a nuclear strike, the commander-in-chief of the US armed forces will say the code down the phone to the National Military Command Centre in Washington DC.

Despite the bags being kept at the White House when the president is in residence, it is widely thought he carries a card with the launch code on him all the time.

Responsibility for US nuclear power was made an issue in the presidential election.

President Barack Obama sassed Trump during the election campaign in 2016 as too ‘erratic’ to be entrusted with that power.

Hillary Clinton also warned against Trump having control over the football, saying: ‘His cavalier attitude about nuclear weapons is so deeply troubling.’ 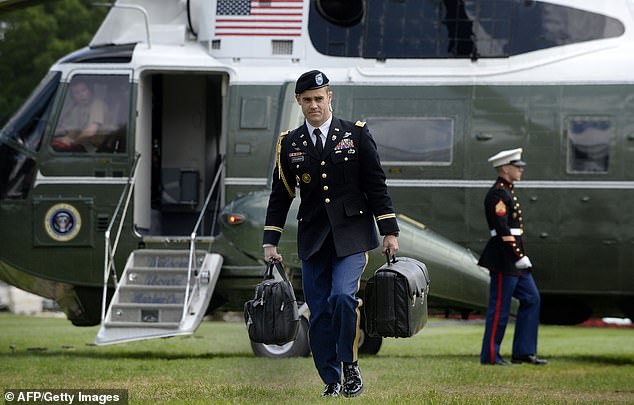 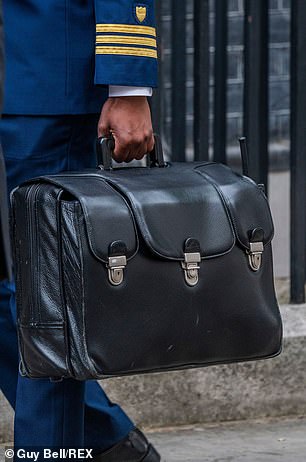 She added: ‘It is the number one threat we face in the world. A man who can be provoked by a tweet should not have his fingers anywhere near the nuclear codes as far as I think anyone with any sense about this should be concerned.’

Summarising the power of the briefcase, Vice President Dick Cheney said in 2008: ‘He doesn’t have to check with anybody.

In his visit to China in 2017, the country’s officials tried to stop aides taking the football into Beijing’s Great Hall of the People.

US officials found themselves in a confrontation with the over the nuclear football in November.

The briefcase’s carrier was blocked from entering the Great Hall of the People with the president – a major deviation from US protocol. 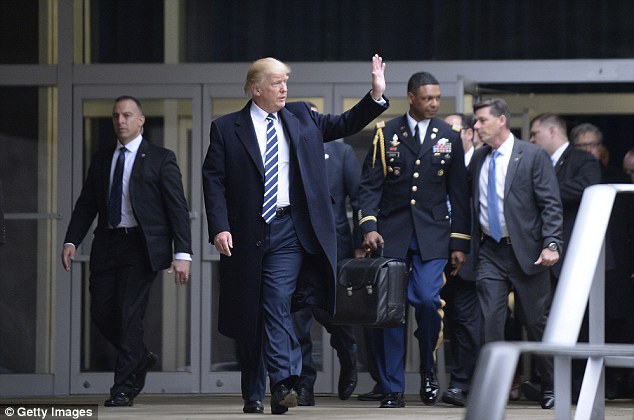 This photo of Trump at the CIA’s headquarters in January of 2017 provides view of the nuclear football. It’s carried by a military aide standing just to the right of the president

It quickly devolved in a shoving match between John Kelly, the former Marine Corps general who was Trump’s White House chief of staff, a Chinese security official who put a hand on him, a Secret Service agent who tackled Kelly’s aggressor, reported.

The scuffle was reportedly over within seconds, and the Chinese’ head of security ultimately apologised to the US for the misunderstanding.

At no point did the Chinese come into contact with the black bag, sources said at the time. The nuclear football never left the aide-de-camp’s possession.

Presidents may be some of the most powerful and intelligent people in the world, but it does not mean the card is never lost.

Under Gerald Ford in 1975, the whole football was forgotten about during a summit in France after he left it on the plane.

But his press secretary Ron Nessen said at the time: ‘It wasn’t lost. They just left it on Air Force One.

‘It was one of those things: ‘Didn’t you bring the Football?’ ‘No, I thought you had the Football.”

He was being shown how it worked by his national security adviser Brent Scowscroft in 1977 but had been pranked – with the case containing an empty can of beer and large condom.

Former soldier Carter stripped out the case, removed unnecessary documents and even made the nuclear procedure into basic, easy to follow cartoons.

Yet despite his military discipline, the then president did once leave the codes in a suit, which ended up in a dry cleaners. 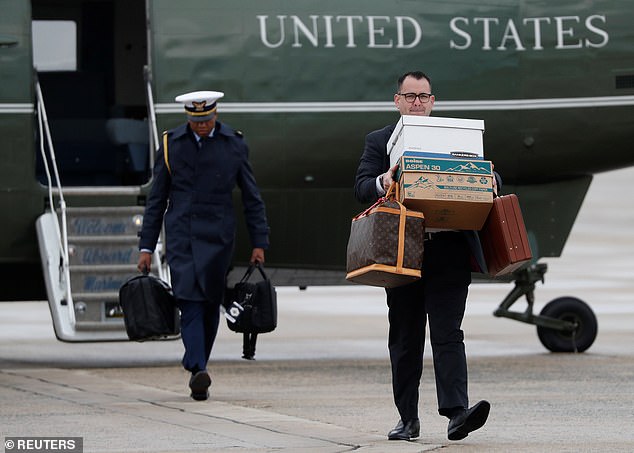 Presidents may be some of the most powerful and intelligent people in the world, but it does not mean the card is never lost

The following president, Ronald Reagan, had a better excuse for loosing the device.

He was shot in 1981 and his clothes were taken from him as well as all other possessions while he was in hospital.

The world’s most powerful card was found in a hospital plastic bag.

Bill Clinton made up for his predecessor George H W Bush not losing the card, by misplacing it twice.

One of his military aides at the time said he had to replace the card’s codes after the the Monica Lewinsky scandal came out.

‘In my experience, nuclear launch codes are usually in the last place you saw them.

‘We called upstairs, we started a search around the White House for the codes, and he finally confessed that he’d misplaced them.

‘He couldn’t recall when he had last seen them.’

Again, in 2000, Clinton lost the card again, according to the former Chairman of his Joint Chiefs of Staff General Hugh Shelton. 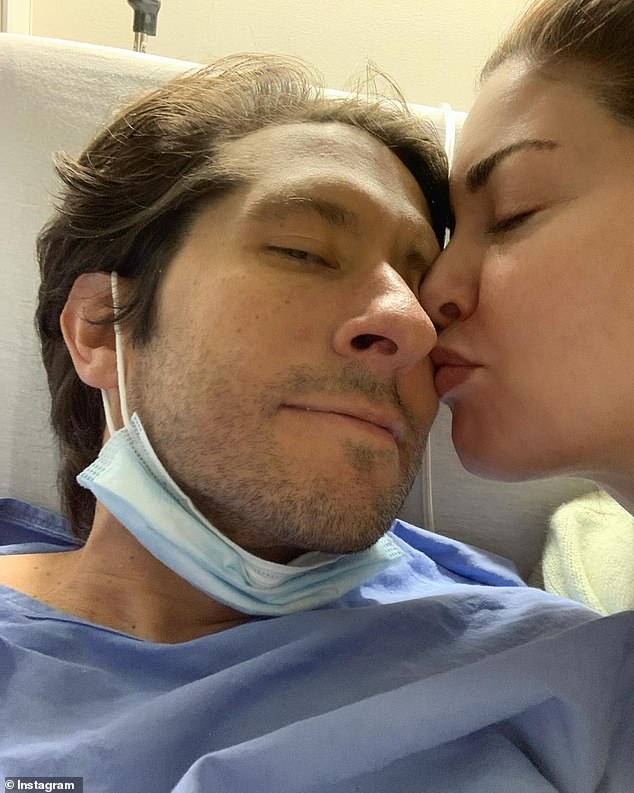 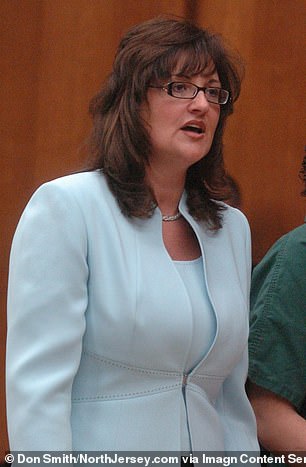 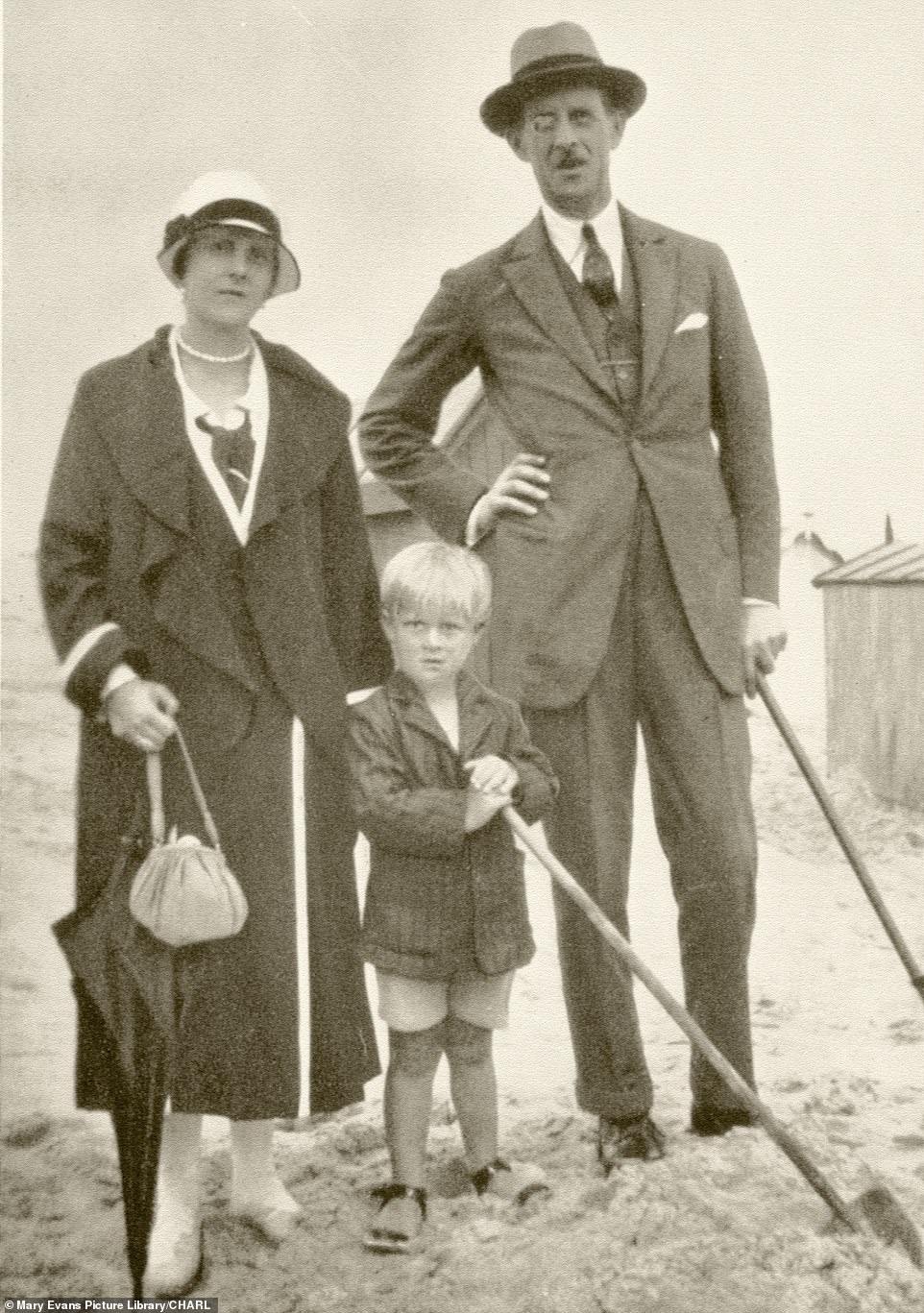 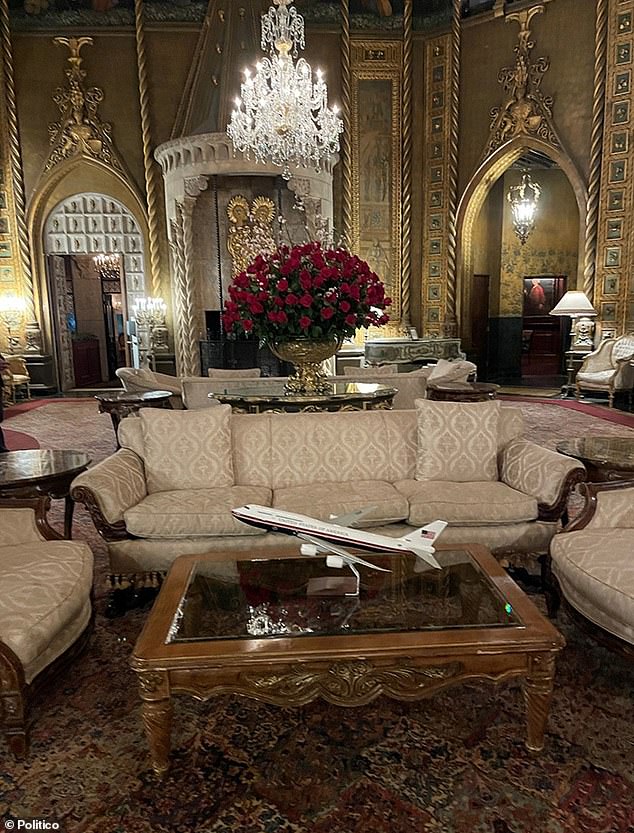 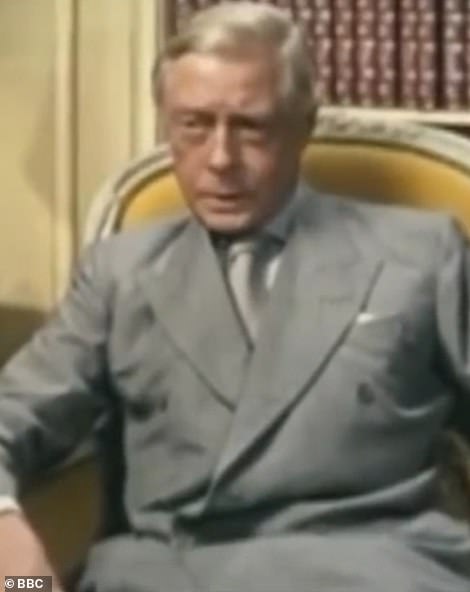 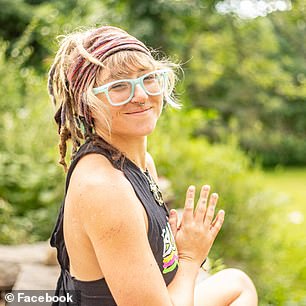 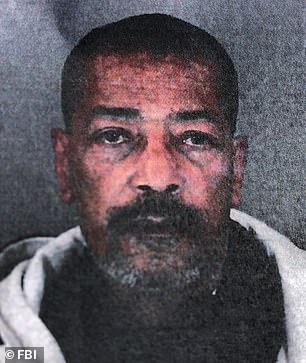