Tens of thousands of savers were last night denied access to their nest eggs after one of Britain’s best known fund managers banned withdrawals.

In a dark day for investors, Neil Woodford said customers of his flagship fund would not be allowed to take out their cash for at least 28 days.

It means that anyone planning to use the money – for anything from a deposit for a house or building work to paying for holidays or a wedding – will be forced to either wait or find the cash elsewhere.

Experts say investors will be shocked and concerned by the news. 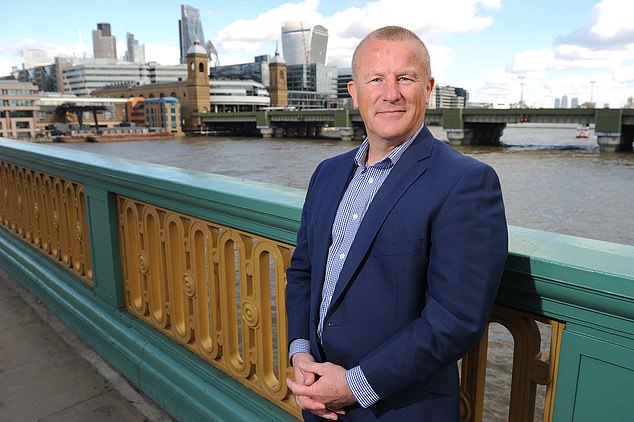 Neil Woodford has said customers of his flagship fund Woodford Equity Income would not be allowed to take out their cash for at least 28 days, which came after investors pulled hundreds of millions of pounds in a matter of weeks

The extraordinary move, which came after investors pulled hundreds of millions of pounds in a matter of weeks, leaves Mr Woodford’s already tarnished reputation hanging in the balance.

His 30-year investment track record, 25 of which were spent at Invesco, encouraged thousands of savers to back him when he branched out on his own and set up the Woodford Equity Income Fund in 2014.

But the disastrous combination of a long run of underperformance and the plummeting share price of some of Mr Woodford’s individual stock selections, prompted a rush for the door.

The fund reached its peak in June 2017, valued at just over £10billion. High profile investors such as Jupiter withdrew millions in the second half of 2017, and since then the fund has been in decline. 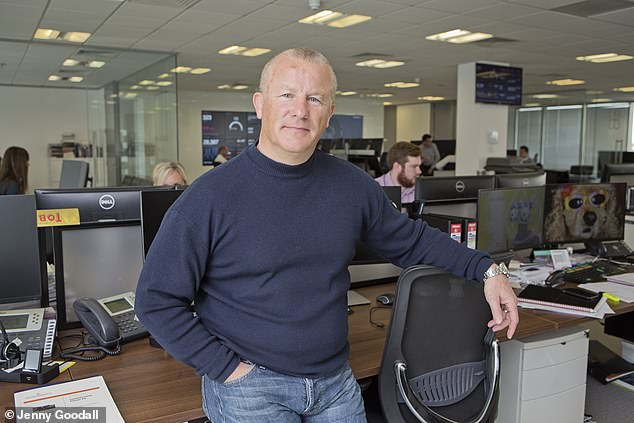 The fund reached its peak in June 2017, valued at just over £10billion. High profile investors such as Jupiter withdrew millions in the second half of 2017, and since then the fund has been in decline

In recent months the withdrawal rate has accelerated.

The Equity Income Fund dropped from £4.33billion in April to £3.77billion at the end of May, according to research by data firm Morningstar. Kent County Council then tried to pull out £250million of pension fund money, according to reports, but it too has been trapped by the suspension.

Mr Woodford has taken the extraordinary decision to stop savers withdrawing their money for a minimum of 28 days.

Savers were told all share dealings, including buying and selling would be suspended in the ‘best interests of investors’.

As more and more investors demanded their money back, alarm bells were ringing that the fund was running out of cash reserves to meet the requests. 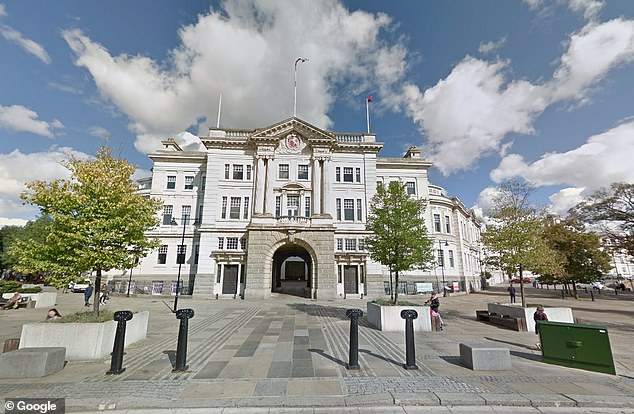 The Equity Income Fund dropped from £4.33billion in April to £3.77billion at the end of May. Kent County Council then tried to pull out £250million of pension fund money, according to reports, but it too has been trapped by the suspension

Ryan Hughes, head of active portfolios at AJ Bell, said: ‘The news that the Woodford Equity Income fund has suspended dealing will come as a shock to many people but it shows the sheer scale of redemptions the fund has been suffering in recent months.’

Adrian Lowcock, head of personal investing at Willis Owen, said: ‘Investors will understandably be concerned and, unfortunately, while the fund is suspended they will not be able to get their money.’ Shares in one of Woodford’s stock picks, Kier Group, fell 41 per cent yesterday in the latest setback for investors.

AJ Bell removed the Woodford Equity Income Fund from its favourites list in September but fund supermarket Hargreaves Lansdown remained a supporter. When the investment manager reviewed its list of top 50 funds early this year, Woodford’s flagship fund still had a firm footing.

Following the trading suspension, Hargreaves Lansdown stripped the fund from its Wealth 50 list of top picks. Emma Wall, head of investment analysis at the firm, said: ‘We are advocates of long-term investing and think Woodford’s multi-decade track record remains compelling – but we don’t underestimate the disappointment investors must feel with Woodford’s recent performance.

‘The value of your investment will be dependent on the share prices of the portfolio’s underlying holdings, which are not directly impacted by the suspension.’

Since the launch of the fund in June 2014, investors have received only a 0.36 per cent return on their money, according to Willis Owen.

Have you been affected? Write to moneymail@dailymail.co.uk

Humiliation of ‘millionaire maker’ once hailed for his Midas touch

The crisis at Neil Woodford’s investment empire is an unprecedented fall from grace for the 59-year-old fund manager who until recently was hailed as the man with the Midas touch.

Investors in his flagship fund cannot take their money out after dealings were suspended yesterday afternoon.

This drastic move, which follows a rush for the door by disillusioned savers, is aimed at warding off a chaotic collapse.

In an extraordinary humiliation for a man once known as a millionaire-maker, Woodford cannot say when the loyal savers who trusted him so implicitly will be able to get their hands on their own money again.

The reason for the freeze on trading is to prevent a disorderly stampede for the exit. It also gives Woodford a breathing space to try to sort out his troubled fund.

He still believes in his strategy of investing in undervalued companies and believes it is not working out because markets are behaving irrationally.

But as the great economist John Maynard Keynes observed: ‘The market can remain irrational longer than you can remain solvent.’

The hope is that Woodford will be able to reorganise his investments and re-open his fund relatively quickly, but there are no guarantees of this.

Tens of thousands of savers who put their trust in this tarnished guru now face an anxious wait with billions of pounds of their savings in limbo.