Judge Brian Cogan on Monday ruled that the detention conditions were made necessary by Guzman’s history of repeated jailbreaks in Mexico, writing that it was ‘plausible’ that he would attempt to escape again.

The judge sided with prosecutors who expressed the same concerns last week in response to the convict’s multiple complaints about noise, cramped conditions, and his lack of outdoor time at Metropolitan Correctional Center in Manhattan.

The Mexican drug kingpin is being held in the Manhattan fortress ahead of his sentencing on June 25. After that he will mostly likely become a permanent resident at ADX Florence supermax in a remote section of Colorado, which is considered the world’s most secure detention facility.

Cogan asserted that the prison conditions are ‘not designed to punish defendant, nor (are they) excessive or arbitrary’. 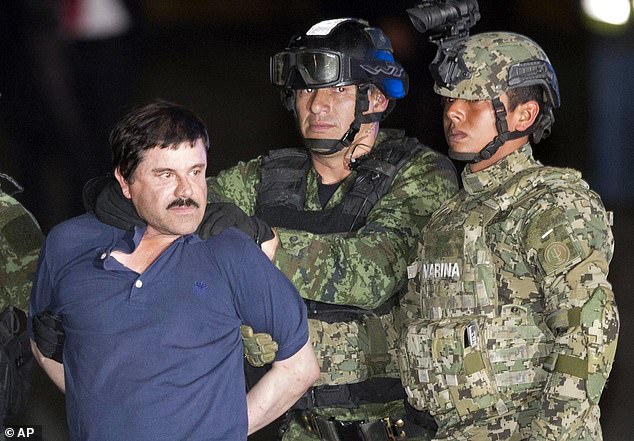 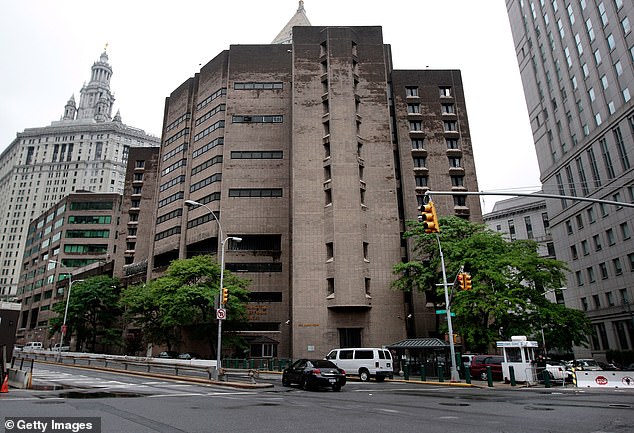 The judge also turned down Guzman’s request for access to the prison commissary – saying ‘many items’ available there can be ‘weaponized’ – and his request for earplugs, which could prevent the prisoner from hearing guards during an emergency or when they were issuing orders.

Guzman’s lawyers had argued that he needed to plug his ears ‘to alleviate his ear pain, and to assist his ability to sleep’.

Guzman has twice escaped from prison in Mexico, the prosecutors pointed out.

The first escape, in 2011, involved paying off nearly all of the prison staff and sneaking out in a laundry cart.

The second, in 2015, saw Guzman escape from his cell on a motorcycle through a one-mile tunnel that accomplices had dug directly underneath his shower stall.

‘Certainly, an escape via rooftop, using a helicopter, or any related means would be elementary by comparison,’ prosecutors wrote.

Prosecutors noted that in 1981, a helicopter rammed the steel cage around the rooftop outdoor area in a failed attempt to free a narcotics dealer. 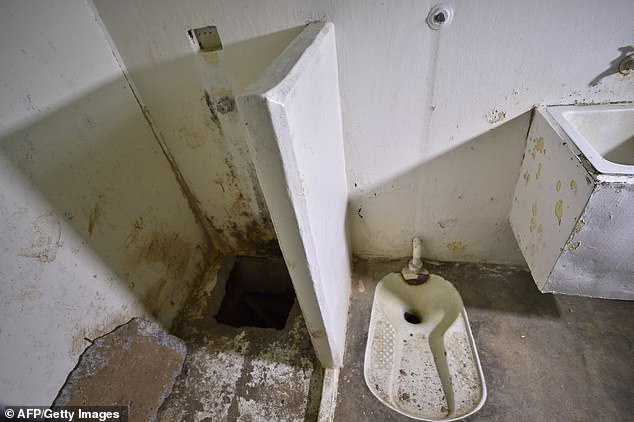 In 2015, Guzman escaped from a tunnel that accomplices dug to the shower in his Mexican jail cell, the only part of the cell not covered by security cameras 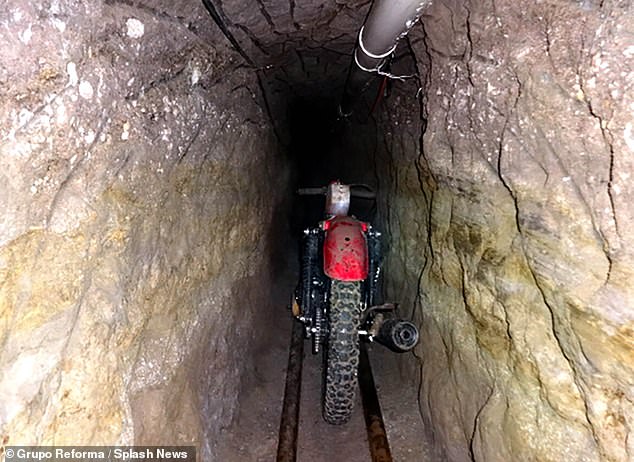 Guzman has also complained that he has to fashion earplugs out of toilet paper due to a noisy air conditioner, but prosecutors say that the Bureau of Prisons restricts earplugs for fear that prisoners will use them in a ruse to pretend they don’t hear orders from guards.

The kingpin has also complained that the tap water at MCC is ‘moldy’ and demanded more bottled water, though prosecutors did not specify how that request may be part of an escape plot.

However, the state says that Guzman is lying in his motion, and has received the requisite six bottles of water weekly that he is entitled to.

Guzman’s attorney denied the escape plot, telling the Post that the claim is ‘hysterical’.

Elon Musk fined $20million and will resign as chairman of Tesla after settling on fraud charges
Boston Dynamics' reveals its robodog Spot dancing along to Uptown Funk
Pictured: Transformation of former drug addict charged with killing deputy
Man, 41, 'tried to kill his ex and himself by picking her up and jumping in front of truck'
Alabama gunman 'who shot dead a police officer and injured two others' caught
Duchess of Beaufort, 50, invites her horse and hounds into Badminton House
Majority of Republicans think Donald Trump is a better president than Abraham Lincoln
Tom Hanks challenges an Army sergeant to a push-up contest on the Oscars red carpet