One plays a psychopath called Villanelle, while the other plays an agent called Eve Polastri, who works for British intelligence.

And while there are clear lesbian undertones between the two female lead characters in Killing Eve, (Jodie Comer, 26, and Sandra Oh, 47), told Radio Times didn’t want their characters’ relationship or their roles to be played out like a male fantasy.

The intention, both women say, was not to titillate or cheapen the drama, such as when in the final episode of season one, the women end up on a bed together in Villanelle’s flat in Paris. 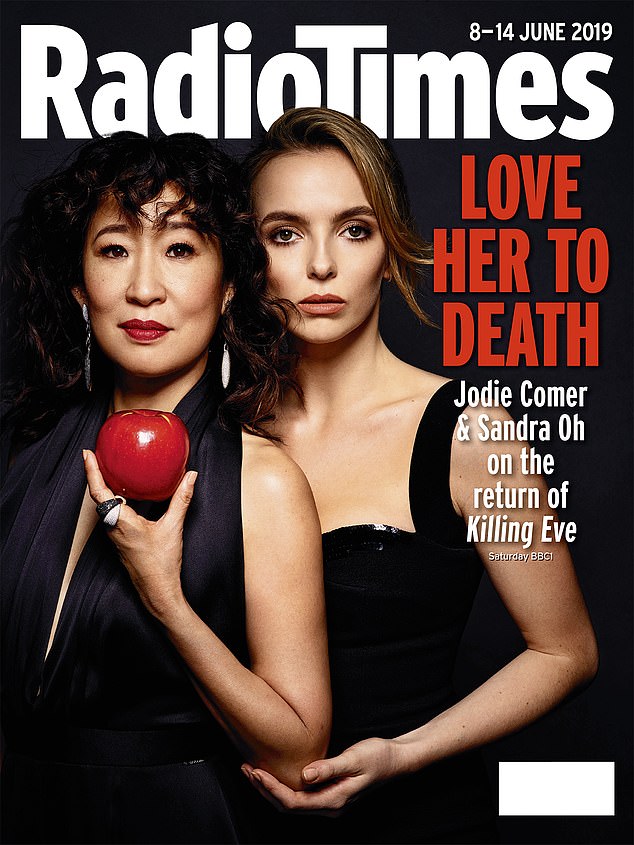 ‘We didn’t want to cheapen or titillate’: Jodie Comer and Sandra Oh told this week’s Radio Times they were relieved that Killing Eve wasn’t a typical male fantasy drama

Jodie said: ‘Do you remember how much work we did on that? It was written as much closer between them than they were.

‘We were rehearsing it, and it was like, “This is too much, it’s wrong.” So there was pull-back. The audience might want it, but you can’t always give them what they want.’

Jodie admitted that the director was concerned about it but she feels they got the balance right. 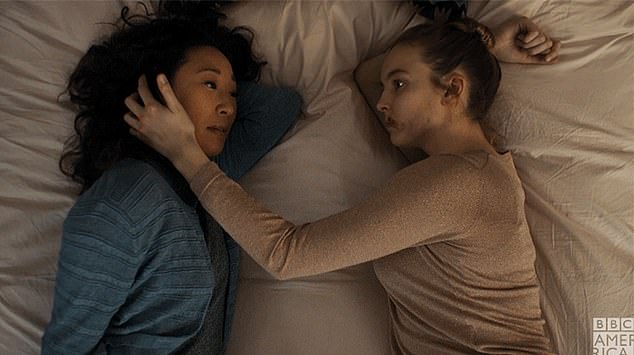 Talking about THAT bed scene, Jodie said: ‘We were rehearsing it, and it was like, “This is too much, it’s wrong.” So there was pull-back’

She said: ‘So we were like, “Oh my God, it’s two women on a bed.” And I think that [the director] was concerned about it. But then watch how Eve gets on the bed. 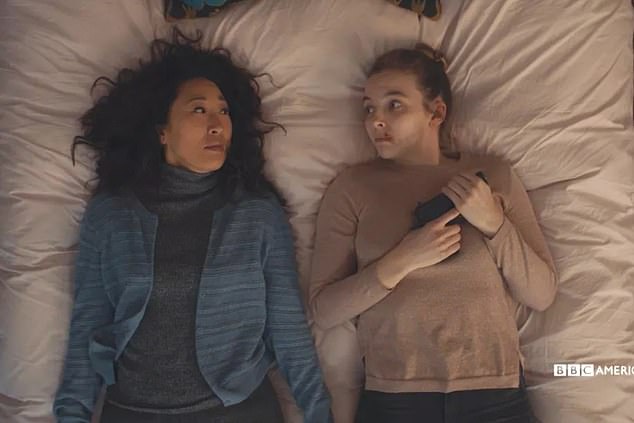 She added: ‘The audience might want it, but you can’t always give them what they want’

Villanelle appears to be full of admiration that Eve out-psychopathed her with the stabbing.

Sandra said: ‘Isn’t that great? It’s the way that Villanelle takes that stabbing as something extremely intimate…

‘You don’t see her revelling in it in that kind of way. She feels connected. She’s a part of her. It’s like something that is on her for ever.’

Many female assassin films play like male fantasies in which perfectly styled women run around the world, killing people in impractical clothing,  but Killing Eve is different.

Jodie said: ‘Why would any woman scale a wall in six-inch heels? She’d have sensible shoes on that she could kick someone in the face with.’

Sandra continued: ‘The focus is unabashedly about the relationship and the psyche of these two female characters.

‘There are plenty of shows where there are two women running around doing things. 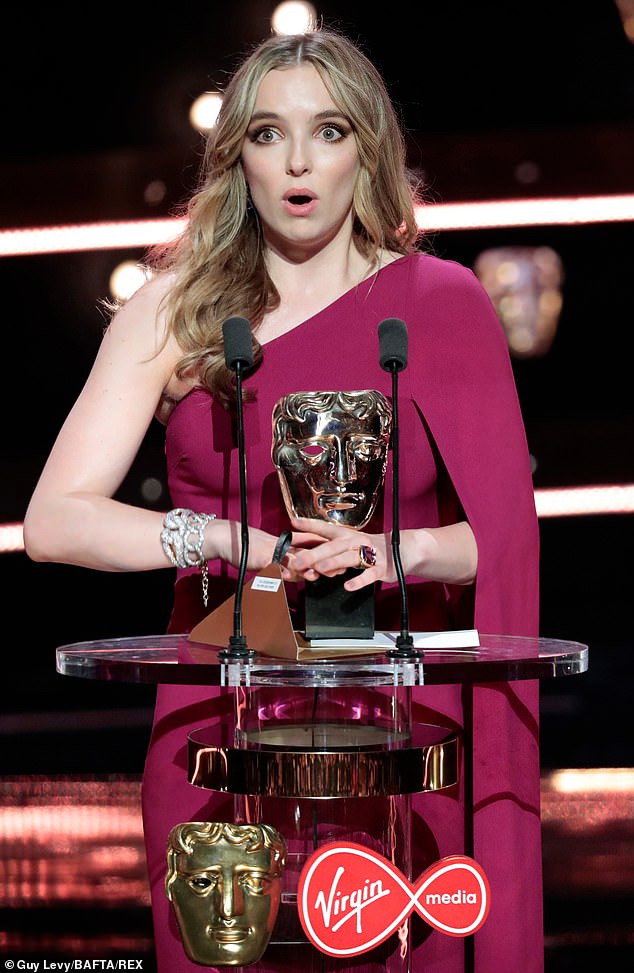 And the award goes to… The  show recently got 14 BAFTA nods and five wins, with Jodie pickiung up the gong for Best Actress

‘But the focus of this show – how much our characters are involved with each other in a deeply psychological way – is what’s different.

‘We’ve been investigating and living in the white, male psyche, and suddenly, when something else pops up, you think, “Wait, that feels more like me!”‘

The women are obsessed with each other to a pitch that can only be described as sexual, but not in the conventional sense.

Sandra thinks it could only have been written by a woman – Phoebe Waller-Bridge wrote the first series.

She said:  ‘The gift of the dress from Villanelle to Eve. I thought only a woman would understand the complexity of what it is to give a beautiful piece of clothing to another woman.’

Read the full interview in this week’s Radio Times 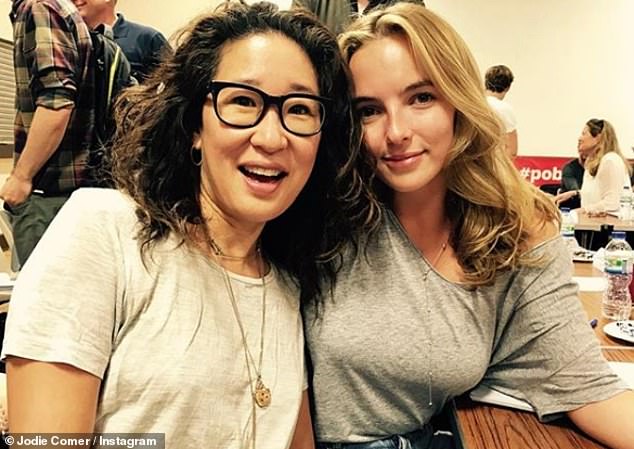 Getting along nicely: Sandra and Jodie have become firm friends in real life

Rosenstein was joking when he said he would wear a wire around Trump
Naomi Campbell stars in Grace: Thirty Years of Fashion at Vogue
Mega Millions prize up to $654M, 4th largest in US history
Kellyanne Conway and Sarah Sanders Trump at Indiana rally in their 'personal capacity'
Moment Golden Retriever rushes to thwart porch pirate in Utah
Restaurant cancels gay couple's rehearsal dinner because they don't 'condone' their relationship
Rogue Republican crosses Trump AGAIN as he votes with Democrats to hold Barr and Ross in contempt
Trump praises Jewish leader who accuses AOC, Ilhan Omar and Rashida Tlaib of anti-Semitism