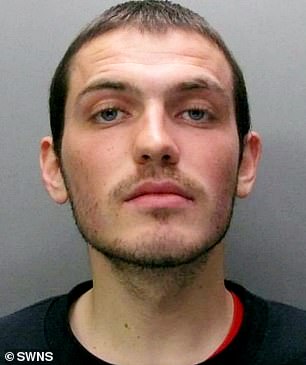 Robert McWhir, 25 allegedly drowned his partner in a four-inch deep pond after flying into a rage and accusing her of talking to ‘other blokes’

A ‘jealous’ boyfriend drowned his partner in a four-inch deep pond after flying into a rage because she was ‘talking to other blokes’, a court heard.

And the suspected murderer took a chilling phone call from a friend who he told ‘I’m killing her, I’m killing her’ as he pinned the groaning mother-of-two down, a jury heard today.

When the friend asked McWhir why he was drowning Ms Aldrich, the defendant allegedly responded ‘she’s talking to blokes behind my back’.

A group of his friends then rushed over and wrenched him off the oxygen-starved girlfriend and dragged her on to the bank.

An ambulance was scrambled to bring Aldrich, who had suffered a cardiac arrest and had no pulse, to Hinchingbrooke Hospital where she died on December 22.

‘Drowning her in a pool of water, which flows through Loves Farm housing estate in St Neots, Cambridgeshire. It is the Crown’s case. 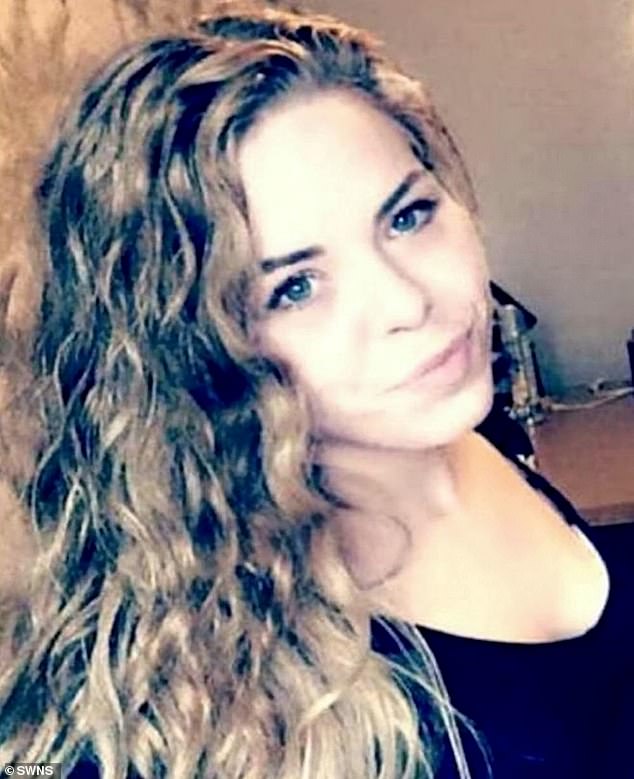 Marissa Aldrich’s suspected murderer took a chilling phone call from a friend who he told ‘I’m killing her, I’m killing her’ as he pinned the groaning mother-of-two down, a jury heard today

‘In the early hours, the defendant and Marissa who had been visiting friends nearby were seen to argue.

‘They left alone together on foot to return to the Marissa’s house.

‘That route took them across a route where the pond and brook were and it was there where the defendant drowned Marissa.

‘Pressed her face down into a pond containing water about 10cm deep.’

The court heard McWhir told his friends to ‘get to the wooden bridge now’ where they allegedly saw him holding Miss Aldrich under the water.

They wrestled him out of the way and pulled the 5ft 2 mother on to the bank, where they called 999.

A post mortem found that she died as a result of drowning.

McWhir previously pleaded not guilty to murder and today appeared in the dock at Cambridge Crown Court wearing a dark grey tracksuit.

Mr Gair told the court that Miss Aldrich and McWhir had an ‘on-off relationship’ and that he could be jealous. 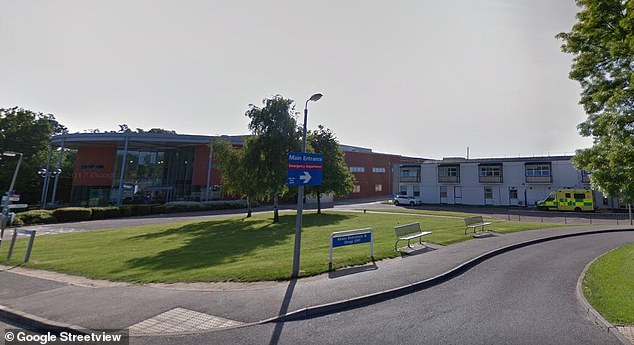 An ambulance was scrambled to bring Aldrich, who had suffered a cardiac arrest and had no pulse, to Hinchingbrooke Hospital (stock image) where she died on December 22

McWhir had been served with a restraining order in 2017 after he smashed a window at Miss Aldrich’s flat.

However, the jury were told how Miss Aldrich chose not to enforce the order and continued to see McWhir.

On the afternoon of December 21, the victim told a friend she was going to make a ‘go of it’ with McWhir.

Mr Gair told the court the pair spent the evening with friends at a flat and witnesses heard the defendant becoming ‘angry and agitated’ throughout the evening.

The prosecutor described him as a ‘jealous man getting angry’.

Miss Aldrich and McWhir left the house just after 2am to walk back through the Love’s Farm estate to her flat.

At 2.14am one of the friends from the house party rang McWhir to let him know he had forgotten his tobacco.

The jury were told police were called moments after the 999 call and and officers were deployed to find McWhir.

He was arrested after an officer in an unmarked police car saw McWhir knock on Miss Aldrich’s front door.

His clothes were notably wet and asked police who he was meant to have murdered, saying he had ‘never heard of her’ when the victim’s name was put to him.

Asked how Miss Aldrich got into the pond, he told detectives she was a ‘drunken idiot’, who was ‘more than likely’ scared of him.

McWhir previously pleaded guilty to perverting the course of justice after calling a friend on a police custody phone in an attempt to get him to give a false name when making a statement.

The jury will be taken to where Miss Aldrich was found tomorrow and the trial will resume on Tuesday afternoon.