A 17-year-old girl has lost part of her leg and some fingers after they were bitten by a shark at a North Carolina beach on Sunday but she’s still a big lover of the beasts.

Park ranger Paul Terry told  that it occurred while the teen was swimming and the girl’s grandmother said her son bravely fought back when he ‘punched the shark in the face five times before it let go’.

Firefighters and ABFD paramedics responded to the area by the bathhouse at 12.19pm and immediately transported her to a waiting East Care Helicopter at Carteret Health Care. 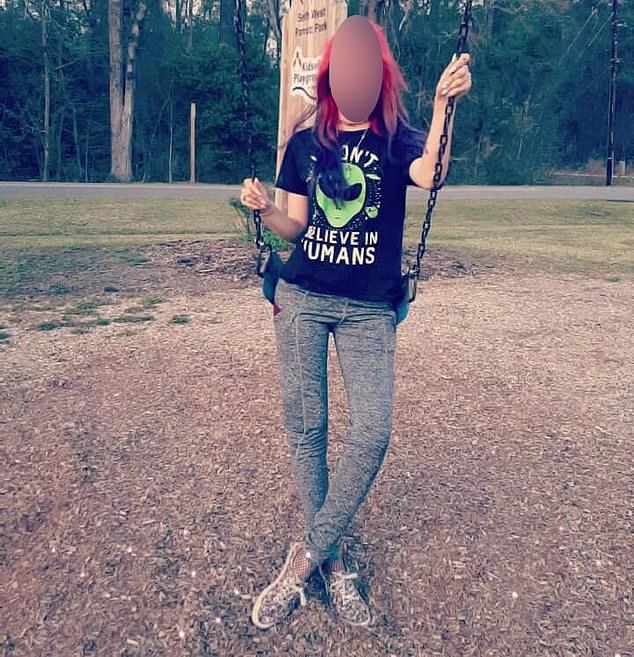 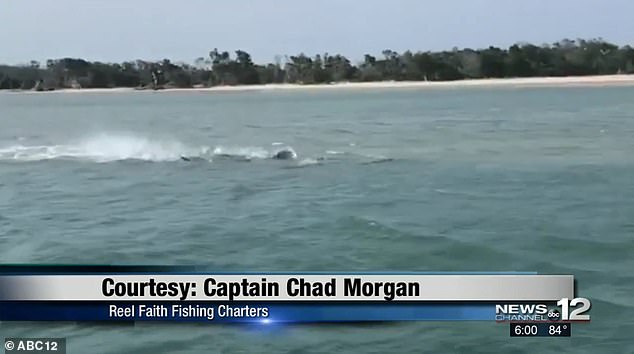 Atlantic Beach-goers also helped save her life according to the hospital where she was airlifted and treated.

‘Her family expresses their appreciation for the first responders, the individuals on the beach who helped and her heroic father who saved her life,’ Vidant Medical Center in Greenville said in a statement.

Winter was listed as being in ‘good condition and receiving excellent care’ at the hospital about 80 miles (130 kilometers) north of the incident location.

Grandmother Janet Winter said on Facebook: ‘Thank God our son was with her.’

A man believed to be the girl’s father works for the City of Havelock Fire – Rescue Department.

Her grandmother posted that ‘she is still alive’ with ‘one leg gone’. ‘May need a hand transplant in the future and several on the other,’ she added.

Her mother Marcy Winter posted later on Sunday: ‘Paige is out of surgery and awake, she’s still pretty groggy but cracking jokes. She wants everyone to know that sharks are still good people.’

The parent used to be a Marine. 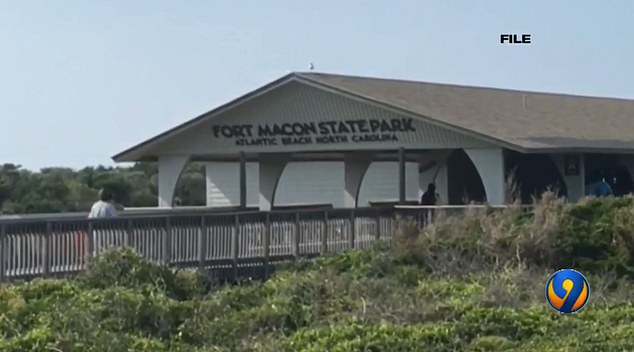 Grandmother Janet Winter said on Facebook: ‘Thank God our son was with her’

The hospital also said the child was eager to get across the message to show love to marine life, despite being harmed in the water that same day.

‘Despite this unfortunate circumstance, Paige is an unwavering advocate for the marine life and the animals who live in the water,’ the statement continued.

‘She wishes for people to continue to respect sharks in their environment and their safety.’

Chad Morgan from Reel Faith Fishing Charters believes that on Friday he captured a shark thrashing around in the water nearby where the girl was attacked on Sunday.

He added to WCTI that sharks are becoming a real problem in the area.

There have been 16 shark attacks in the United States this year so far, most of them have taken place in Florida.

Last Saturday a 65-year-old California man was fatally injured by a shark in Hawaii.

advises to avoid swimming in murky water, after storms, while wearing yellow or shiny jewelry. It also states sharks may be attracted to bright colored tattoos.

If attacked it recommends fighting back if possible. Attack the face by hitting, ripping, poking and tearing at the shark’s eyes and gills.

Robbery suspect caught after fleeing his moving car during police chase - only to be run over by it
Tributes pour in for HQ Trivia co-founder Colin Kroll after apparent overdose
Son of a marine who was killed in Iraq receives his dad's fully restored truck in birthday surprise
'I'm proud to be a bartender. Ain't nothing wrong with that' says AOC in rebuke to Trump
George Conway identifies himself as 'windmill cancer survivor' in latest Trump jab
Hillary and Bill Clinton continue their whistle-stop national speaking tour
We're proof you can eat to beat illness: These five people transformed their health
'I was better looking than Harry when I was younger' says Thomas Markle